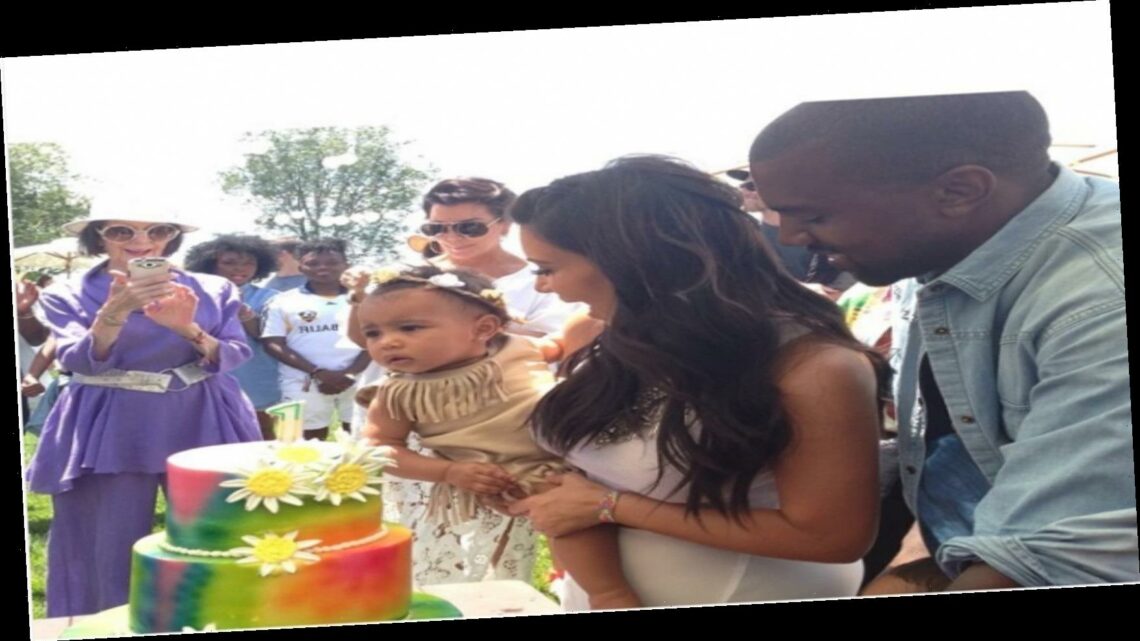 A cute little pizza party? That’s not going to cut it. A good old-fashioned slumber party? Think again. When you’re the child of a celebrity there are no requests or wishes that can’t or won’t be met. Nothing is too much and these parents certainly proved that. They made sure that their kids’ every birthday wish came true and, in turn, put your childhood laser tag birthday party to shame.

The Kardashians love a good theme and it looks like Kim is trying to pass this onto the next generation. For her daughter North West’s first birthday, she threw a “Kidchella” (a play on the music festival Coachella) themed party, which, according to Mabel and Moxie, included a Ferris wheel, bouncy castles, teepees, and stages for singing. And since you can’t leave a kids’ party without a goody bag, guests were apparently given cotton candy machines and custom Yeezus shirts (obviously!), as reported by TMZ.

Most 13-year-olds have a bar/bat mitzvah, a party in their parents’ basement, or a party at a really cool arcade. Not Suri Cruise. For her 13th birthday, the daughter of former power couple Katie Holmes and Tom Cruise and two of her friends were flown to Paris where they enjoyed a caviar tasting, virgin mojitos, and views of the Eiffel Tower from the rooftop of Les Ombres, a flashy four-star Parisian restaurant.

$400,000 is more money than most people ever see in their bank account. According to TMZ, it’s also how much Cardi B and Offset casually dropped on their daughter Kulture’s first birthday party, which was planned by celebrity event planner Mindy Weiss. Cardi B is known for being flashy so it should come as no surprise that this party included a Build-A-Bear workshop, cookies decorated with Kulture’s face, and, according to TheTalko, a petting zoo, a DJ, and a dance floor. In addition to the all-out bash, Kulture was gifted a diamond-covered necklace featuring animated characters from her favorite show, World Party. TMZ reported that the necklace costs about $100,000.

RELATED: 8 Celebrities Who Spoil Their Kids (And 8 Who Don’t)

If your parents are music royalty, your first birthday party can cost $200,000. When Blue Ivy Carter, daughter of Beyoncé and Jay-Z, turned 1 in 2013, she was thrown a princess-themed birthday party, which is enough to make any young girl’s dreams come true. But the proud parents didn’t stop there. According to The Sun, Blue Ivy’s party also included $95,000 worth of roses, $30,000 worth of princess costumes, a $2,400 cake, and, oh yeah, an $80,000 diamond-encrusted Barbie that was given to the toddler as a gift. And fun wasn’t only limited to the kids. If you were one of the lucky adults in attendance, you walked away with concert tickets and personalized gold pens.

The Beckhams are unofficial royalty. So of course their only daughter and baby of the family, Harper, would celebrate her sixth birthday like…a princess. Harper and her friends celebrated at Buckingham Palace and were each dressed as princesses themselves (Harper went as Cinderella). They were even joined by a REAL LIFE princess, Princess Eugenie. According to David Beckham’s Instagram, this was not an exclusive party just for the Beckhams, but, needless to say, it was still a celebration straight out of a fairy tale.

For her sixth birthday, Maxwell Drew, the first-born child of Jessica Simpson and former football player Eric Johnson, went to the circus. Or rather the circus came to her for a The Greatest Showman themed birthday party. As reported by People.com, the party was thrown in a makeshift circus tent similar to the one in the movie. There was a trapeze photo op, circus-themed snacks, live circus performers, and a multi-tiered cake decorated with Maxwell herself as an acrobat.

Stormi Webster didn’t just get a party for her second birthday – she got a whole world. Kylie Jenner created “StormiWorld 2” in honor of her only child. To enter the party, guests had to walk through a giant blew up head of Stormi herself. Once inside, the world was so elaborate that there were guidebooks to help direct party-goers to the various attractions and different rooms, according to Insider. One room’s theme was Frozen so of course, there was an Elsa, an Olaf ice sculpture, a bounce house, and furniture made from ice. In a room dedicated to Stormi, there was a giant slide, a ball pit in the shape of an “S” and dancers on stilts.

CategoryLifestyle
Tags7 celebrities have Thrown Who

Meghan Markle: The Royal Family is Lying About Me!