Home » Lifestyle » 4 Signs You Need To Slow Down Your Relationship With Your Partner, So Pump The Brakes 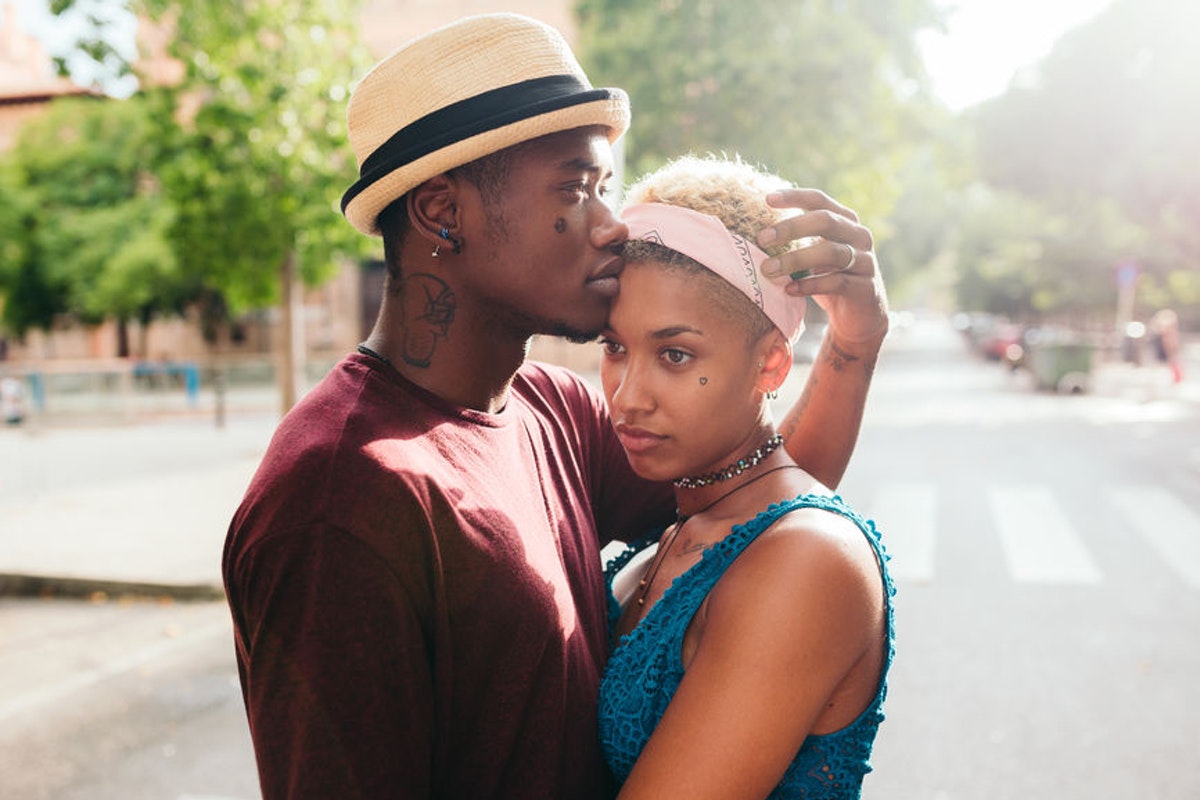 4 Signs You Need To Slow Down Your Relationship With Your Partner, So Pump The Brakes

“It’s only been five months, and she’s talking about moving in with him. Isn’t that a little fast?” Amanda, one of my BFFs, asked while expressing concerns over a mutual friend’s new relationship. TBH, I didn’t know how to answer. Who was I to judge? My current boyfriend met my mom a month after our first date. Relationships move at different paces for a variety of reasons — age, lifestyle, work obligations, and romantic history, to name a few. But still, there are some signs you need to slow down your relationship that are worth looking out for.

Unfortunately, that’s not always the case — sometimes, one person is eager to forge ahead, while another is being a bit more cautious, for whatever reason.

“It’s not unusual for you and your partner to be on different emotional timetables,” explains Dr. Wish. “After all, you each brought your unique dating histories and experiences from your childhoods.”

So, how can you tell if your relationship is moving too fast? Here are some telltale signs that you and bae may need to pump the brakes a bit.

Only one of you is including the other in decision-making.

Ever notice how when you’re really into someone, you start asking for their opinion on certain things? It usually starts with little things, like which Nike Air Max’s you should buy, what to get your sister for her graduation present. Then, over time, it turns into bigger issues, like how to confront your boss about something, or what to do about your noisy neighbor. If you frequently ask your boo for their opinion and they’re leaving you out of their decisions, that could be a red flag that you’re not on the same page, according to Dr. Wish.

For example, she says if they just moved into a new place and purchase a bunch of decor without asking what you think about a single aspect, let alone include you in the shopping, that may indicate that they’re not putting a lot of stock in your opinion because they aren’t envisioning much of a future together. Of course, you’ll only know why they’re not including you in decisions if you bring it up to them directly. But keep in mind that if you put some weight on their opinion and they don’t reciprocate that, then you might not be on the same page about how serious your relationship is.

Your partner is vague about the future.

So, you’re already thinking about what neighborhoods you’d like to move to when you cohabitate, fantasizing about your wedding, or even thinking about how many kids you’d like to have together. But when you bring those topics up to bae, they don’t give you very clear answers. Dr. Wish says that vague responses to big questions may suggest that your partner is lagging a little behind you emotionally in the relationship. For example, if they say “I don’t know,” or just “Not yet,” when you ask for a time frame on when they’d like to get move in together, that could hint at some doubts or hesitance on their part. If they were as enthusiastic as you were about taking that next step, they’d likely want to hash out a realistic timeline with you.

It’s important to note that there are a number of reasons why someone might be skittish about taking these steps, so you don’t want to jump to any conclusions about your SO’s feelings for you, level of commitment, or seriousness about the relationship. Instead, you may want to explore why they’re feeling hesitant to move forward (it might have nothing to do with you!) and agree to slow things down a bit until they feel comfortable progressing to the next step.

Your partner is making big plans without you.

Does your partner include you in their future plans? If you’ve been inviting them to be your date at weddings or to come along on family trips, and they’re leaving you out of similar events, then you may want to take a step back to assess where you’re both at.

“Pay attention to your partner’s behavior rather than words,” advises Dr. Wish.

Of course, it’s totally normal and healthy (as well as recommended, in fact) to do things without your partner, like work out, or spend time with friends. However, if one of you is barely ever including the other in the kinds of plans that could progress your bond, that’s a possible indicator that you have different desires in regards to the pace of the relationship.

Before making any assumptions, it’s a good idea to ask bae why they didn’t invite you along on a particular outing or event. If they can’t give you a reasonable explanation, then it might be time to slow down the pace of the relationship a bit to let them catch up to you.

You’re not on the same page about meeting the fam.

So — you’re practically giddy at the prospect of your partner shaking hands with your dad and finally getting to meet the siblings you’ve talked so much about. But as for your SO, they’ve either dodged scheduling actual plans to make this happen or clammed up when the subject came up.

“If they do not introduce you to their family — and do not express a desire to know yours — that’s a warning sign,” says Dr. Wish.

Meeting the family is obviously a big deal for many people. Some may feel comfortable making the introduction just a couple months into a relationship, while others may play it safer in terms of this milestone. A guy friend of mine once told me that he doesn’t bring a girl home to meet his parents until he’s legitimately thought he could marry her. The point is, you won’t know why your partner isn’t as enthusiastic about introducing you to the fam unless you ask about it. Their reasoning may have to do with factors unrelated to you, such as fears based on past experiences or strained relationships with family members. Obviously, it’s important to be sensitive and empathetic to their concerns. However, if they don’t seem to be interested or ready to meet your loved ones or having you meet theirs — and can’t seem to explain why — then you might need to slow things down until you’re on the same page.

Let’s be clear about one thing: having different desired paces where your relationship is concerned definitely doesn’t mean it’s doomed. Quite to the contrary, in fact: by identifying that your feelings, needs, or wants aren’t aligned and slowing things down, you can actually save the relationship. When two people aren’t on the same page, secret resentments or hurt feelings can start to build up, causing some irreparable damage to the bond.

However, when you recognize that one of you might need a little more time or space as things progress, you give the relationship a chance to breathe — and unlock the possibility of eventually getting to a point where you’re both on the same wavelength. Remember: Slow and steady wins the race, my friends, and that goes for romance, too.

What is autism, what are the signs and symptoms in children and what does being on the spectrum mean?