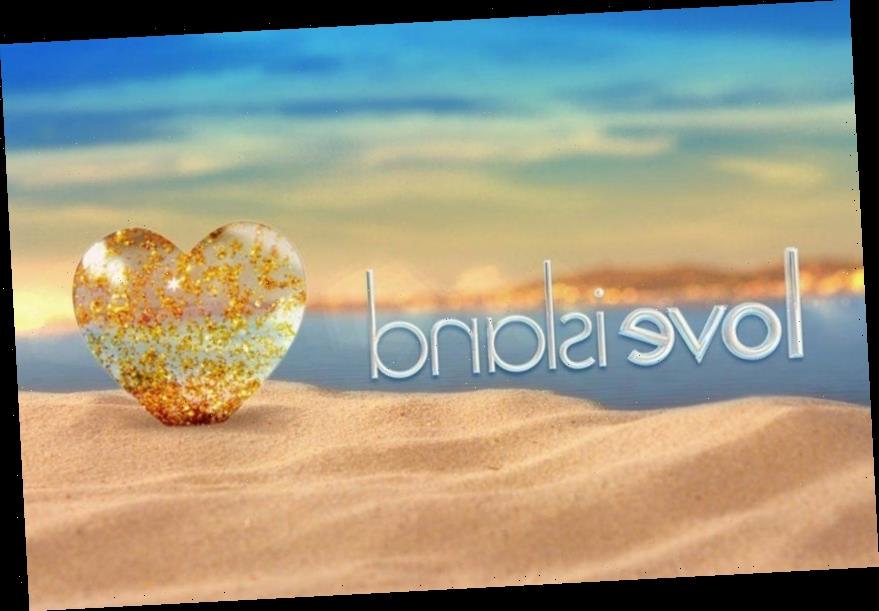 Like many recent American viewers of “Love Island,” I feel like I’ve stumbled upon trash television gold. (Sorry, “90 Day Fiance,” you’ve been dethroned.)

The hit ITV2 dating show is pretty simple: Take a group of conventionally “hot” 20-somethings, put them in a villa in Majorca, and watch them pair up and inevitably mate poach. (See, it’s sort of smart and anthropological when you describe it like that!) Add snarky commentary by Scottish comedian Iain Stirling and it’s downright addictive. A “Saturday Night Live” parody of it with “Fleabag” star Phoebe Waller-Bridge a few months ago wasn’t too far off; it really is that insane:

They’re long seasons, too, even by reality-TV standards. The last season I watched was 58 (!!) episodes. I devoured it in less than TWO WEEKS. When my British friend found out I’d been watching, he said, “It’s fun to see how the plastics live, no?” Well, yeah, sure but I love those plastics, don’t be rude!

There was an American version of the show that ran last year for a season, but I’m reluctant to watch it; if they’re anything like “Bachelor” and “Bachelorette” contestants, I just don’t think the Islanders will be nearly as entertaining as their Brit counterparts.

“Love Island U.K.” is different ― and that’s at least in part because British sex and dating slang is so mind-bogglingly weird. Fanny flutter?! Somehow, the Brits manage to be both Jane Austen-ly quaint and profoundly vulgar at the same time. (Take a wild guess at what “fanny flutters” means. We’ll debrief a few paragraphs from now.)

With that in mind, let’s walk through 21 dating terms from “Love Island” that are incredibly confusing to an American viewer. (A word of caution before you give the show a shot, though: You need to watch “Love Island” with the captions on. Yes, we technically speak the same language, but British, Scottish and Irish accents can sound utterly baffling to an American ear. Blame it on the Atlantic Ocean or something!)

A bit of me

You’d say something is “a bit of me” when you’re interested in it, whether it’s a jacket you see at Zara or a hot guy on the island who set his self-tanner gun to “Rachel Dolezal.” (Seriously, what is it with British people and tans?!) On “Love Island,” you’ll often hear someone say a new arrival is “a bit of me.”

Example: “Ooh, Jackie’s brother is a bit of me. Do you know if he’s single?”

As any “Love Island”-er worth their salt will tell you, it’s nice to have someone who’s “proper fit” (that’s British for having a hot bod), but they also need to supply good bants ― aka banter. Outside the aforementioned hot body, the ability to banter is probably the most sought-after quality on “Love Island.” Ah, Shakespeare would be so proud listening to our islanders banter on about who’s got the best ass in the villa and how aliens are coming for humans’ jobs!

Example: “That guy I met on Tinder was surprisingly nice. And we had good bants the whole time.”

The tip of the penis. A top-shelf insult we heard from Jonny on season three of the show.

Example: “I can’t believe how rude you’re being. You’re acting like a proper bellend.”

Eh, best not to use this one. According to Lucie from Season 5, a bev is a hot guy. But every other cast member shrugged her off. This is the “fetch” of “Love Island”-isms. Probably not going to happen.

Yeah, you know what it means to cringe at something, but it’s more fun if you use it as an adjective like our overly tanned, bikini’d Islanders do.

When you “crack on,” you get on with a job. In dating terms, it means to start flirting.

Example: “I saw you trying to crack on with Kim at happy hour.”

A deep meaningful conversation. Half the time, “Love Island” contestants are going on about their favorite chips and how they take their tea. The other half, they’re pulling each other aside for DMCs.

Example: DMX had a real DMC with D’Angelo in Dallas.

A person who is extremely dull or boring. An Amber-ism from Season 5. You may be familiar with “ting” (or “thing”) from all the times Drake has pretended he’s Jamaican.

Example: “My ex can date him if she wants, I’m not bothered. He’s a wasteman. A total dead ting.” ― Probably Drake

I mean, this one is self explanatory, no? Much like quicksand, dicksand is what you fall into when you’re completely hung up on a guy because of his dick game. In a sex dictionary, “dicksand” would be a related term to dickmitized. This one was brought to us from Olivia in Season 3.

Example: “I don’t think you need to worry about your ex’s new S.O. She’s a total dogface. (Wow, I can’t believe I said that. I am a horrible person.)”

To aggressively flirt or put the moves on someone. Factor 50 is in reference to sunscreen (think: SPF 50 in the States). See what I said about the terminology being so cute?

Example: “Joe is laying it on factor 50 thick with Beth. He needs to chill.”

When I pitched this story to my team and included “fanny flutter” as an example of a term, people assumed it had something to do with the butt. Close, but no cigar! “Fanny” may be a euphemism for “butt” stateside, but in the U.K., it’s shorthand for vag. To have “fanny flutters” ― a phrase popularized by Irish bad girl Maura in Season 5 ― is to feel so turned on by someone, you feel all tingly down there. So sweet yet so trashy at the same time ― how can you not love it?

Example: “I know Zayn Malik is objectively better looking but he just doesn’t give me fanny flutters the way Harry Styles does.”

A sex position favored by Curtis of Season 5 wherein the recipient is splayed out not unlike an eagle. (Obviously, we all know what “spread eagle” is but it was awkward as hell to hear someone say their favorite position was simply “eagle.”)

Example: “They went into the bedroom and did it, eagle style (lol).”

To put in work with a person in the hopes of hooking up or becoming romantically involved with them. A much more aggressive form of flirting. Grafting is basically what the “Love Island” game is all about. When you’re grafting, you’re laying the foundation of looove.

Example: “He’s really grafting Kelly, you should see all the DMs he sends whenever she posts a Instagram story.”

When you’re muggy, you’re acting in a disingenuous or shady way. To be mugged off, then, is to be dumped, lied to or otherwise disrespected by your other half.

Example: “Tom completely mugged me off so he could start seeing Gabe. Rude as hell.”

I’m going to be honest: For at least half a season, I thought the Islanders were saying “I piped her/him” (as is in, screwed ― to laaay the pipe). No! It was “pied,” which is cuter and means to dump or get rid of someone you’re seeing. Why? Because getting pied on a reality show that a zillion people watch is about as embarrassing as getting a cream pie to the face.

Example: “We were together for like four years! I can’t believe she pied me off like that over text.”

To date out of your league. An abbreviated version of “punching up.”

Example: “Woah-ho, I saw you try to shoot your shot with that hot bartender last night. You were really punching up.”

To be anxious or insecure, especially about your partner hitting it off with someone else.

Example: “I didn’t mean to be so cold toward you on the drive home from your holiday party. I’m just prang because I think your co-worker is secretly into you.”

Example: “Wow, Sam sounded so randy at dinner the other night. He should get on Grindr already.”

I feel like this is one of those classic Britishisms, no? To snog is to kiss someone.

Example: “Was that you in the corner of the club, snogging that drunk guy from earlier?!”

A “melt” is someone who is completely, embarrassingly, head over heels for another person. A cheeseball, a sucker. Definitely pathetic. A tuna melt (or a ham-and-cheese melt, if that’s more your thing) is a heightened version of a “melt.”

Example: “Hold on, let me get this straight: You bought her tickets to a hockey game and a new iPhone? You’re such a tuna melt.”