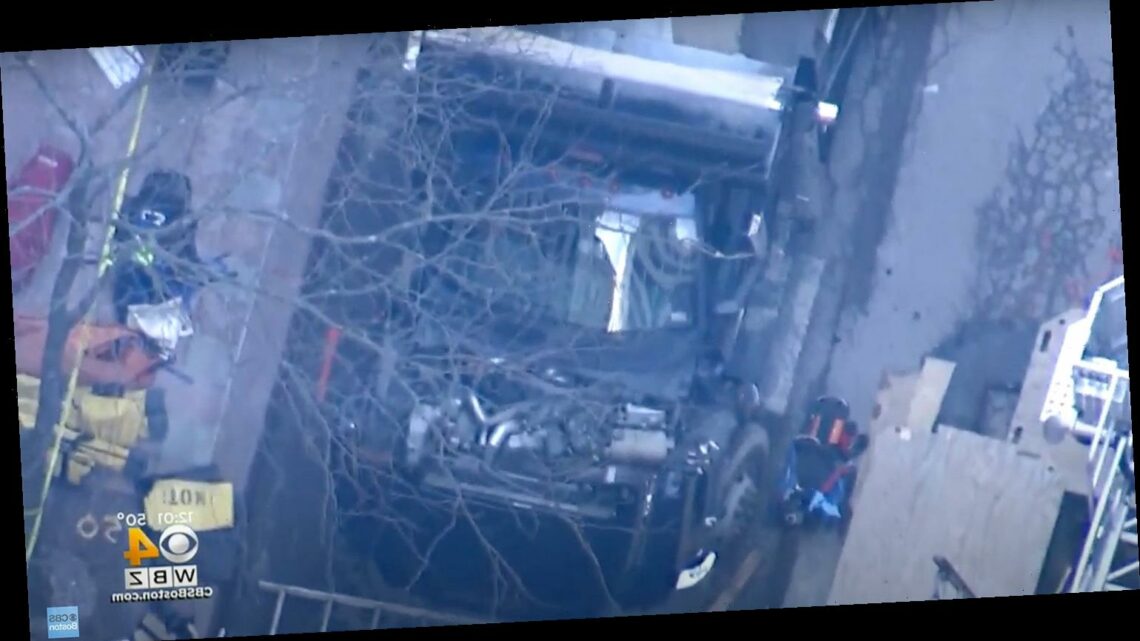 Two men are dead after what officials say was "tragic incident" at a construction site in Boston's Financial District on Wednesday.

Police said they were called to 190 High Street around 8:05 a.m. after receiving a radio report that a pedestrian had been struck by a motor vehicle.

Upon arrival, officers discovered that area was an active construction site and found the bodies of two men inside of a deep trench located in the middle of the street.

Jack Dempsey, commissioner of the Boston Fire Department, said in a news conference that his team initially arrived on scene to engage in rescue efforts, but quickly switched to a recovery operation after a firefighter was lowered into the hole to "assess" the victims.

Both men were pronounced dead at the scene, officials said.

According to Boston police, their Homicide Unit and Fatal Collision Investigation Team are now investigating the incident alongside OSHA, the Suffolk County District Attorney's Office and the Inspectional Services Department.

"Right now, we don't know if this is a crime," Suffolk District Attorney Rachael Rollins said during the news conference. "We know this is a tragedy."

An eyewitness told WBZ-TV that he called 911 after seeing the two men get hit by the dump truck.

"It was pretty gruesome, pretty tragic," Jared Petruzzella said. "I just heard the truck turn on with a high rev, kicked into gear and hit both the gentlemen that were standing right over the hole."

Authorities have not released the names of the two victims, but family members identified one of them to the news station as 27-year-old Jordan Romero.

"If I could just see him one more time, that's all I want," Romero's sister Leslie Villalobos said. "It hasn't hit me. It doesn't feel real. It honestly feels like I'm dreaming."

In the wake of the tragedy, Mayor Marty Walsh said in a statement on Twitter, "My heart is heavy as we send our thoughts and prayers to the families and loved ones grieving their loss after this morning's tragic incident."

Walsh added that Atlantic Coast Utilities "will not be allowed to perform work in the city" and its other permitted worksite has been immediately suspended until an investigation into the incident is completed.

"As a former laborer, the safety of our workers is of paramount importance to me," Walsh tweeted. "I'm heartbroken that two hardworking people lost their lives so suddenly and tragically this morning, and we will work tirelessly to understand how this happened in order to create safer conditions in the future."

A spokesperson for Atlantic Coast Utilities did not immediately respond to PEOPLE's request for comment.