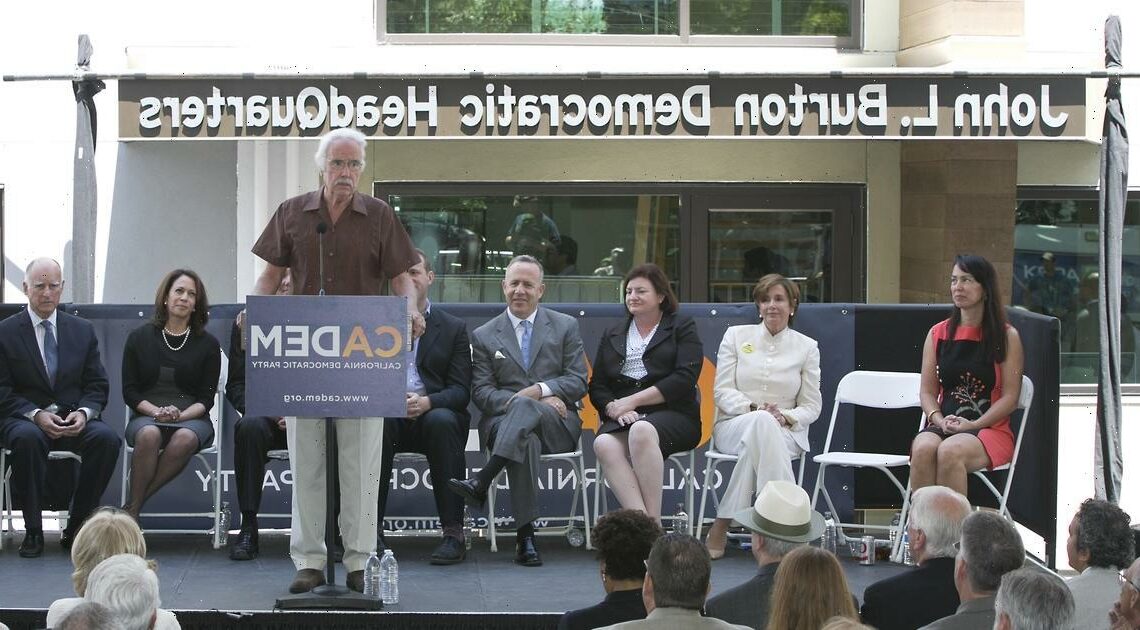 2 men charged with plotting to attack Democratic HQ in Sacramento

Sacramento — Two Northern California men were charged in federal court with conspiring to attack the Democratic headquarters in Sacramento, the U.S. Department of Justice Northern District of California said on Thursday.

Ian Benjamin Rogers, 45, of Napa, and Jarrod Copeland, 37, of Vallejo, began plotting an attack on targets they associated with Democrats after the 2020 Presidential election and attempted to gain support from an anti-government militia group, the DOJ said.

Both men allegedly planned to use explosive devices in their attacks and hoped their actions would spark a movement to overthrow the government.

Rogers has been in custody since his arrest on January 15. On that day, law enforcement officials searched his home and business and found a cache of weapons including 45 to 50 firearms, thousands of rounds of ammunition, and five pipe bombs, officials said. Video from earlier this year shows the Bay Area business where police say Rogers was stashing guns and explosives.

Copeland was taken into custody on Wednesday.

They were both charged with conspiracy to destroy by fire or explosive a building used or in affecting interstate commerce. Rogers faces additional weapons violations, including one count of possession of unregistered destructive devices, and three counts of possession of machine guns. Copeland faces an additional count of destruction of records, the DOJ said, which included records of the pair’s plans to attack.

Rogers and Copeland allegedly used multiple messaging apps to discuss the attacks, with one conversation last December involving Copeland telling Rogers he reached out to the anti-government militia for support in the movement, the DOJ said. In January of this year, Rogers allegedly messaged Copeland saying, “I want to blow up a democrat building bad.” 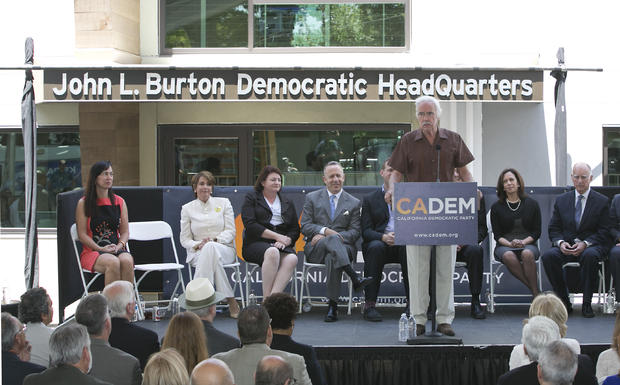 According to the DOJ, last November, Rogers allegedly used an encrypted messaging app to tell Copeland that he would use Molotov cocktails and gasoline to attack Democratic targets, including the Governor’s Mansion and the Democratic Headquarters Building in Sacramento.

Rusty Hicks, the California Democratic Party chair, released a statement on the matter Thursday that read:

“Recent news reports of a plot to target the California Democratic Party Headquarters in Sacramento are extremely disturbing. We are relieved to know the plot was unsuccessful, the individuals believed to be responsible are in custody, and our staff and volunteers are safe and sound.

Yet, it points to a broader issue of violent extremism that is far too common in today’s political discourse. And, while we will continue to take every necessary precaution to keep everyone safe, we will not be distracted. We will not be deterred. We will not be dissuaded from the important work of protecting and preserving a democracy that works for every person who calls California home.”

Both men allegedly intended to initiate their plans following the January inauguration.

“Firebombing your perceived political opponents is illegal and does not nurture the sort of open and vigorous debate that created and supports our constitutional democracy,” said U.S. Attorney Stephanie M. Hinds. “The allegations in the indictment describe despicable conduct. Investigation and prosecution of those who choose violence over discussion is as important as anything else we do to protect our free society.”

For the conspiracy charge, both men face up to 20 years in prison, if convicted, three years of parole, and a $250,000 fine. Rogers 10 more years in prison for the weapons charge, while Copeland faces an additional 20 years for the destruction of evidence charge.

On the state level, Rogers faces additional charges for being in possession of pipe bombs, machine guns and assault rifles. He is being prosecuted in Napa County for those charges.

“The FBI’s highest priority has remained preventing terrorist attacks before they occur, including homegrown plots from domestic violent extremists,” said Special Agent in Charge Craig Fair. “As described in the indictment, Ian Rogers and Jarrod Copeland planned an attack using incendiary devices. The FBI and the Napa County Sheriff’s Office have worked hand-in-hand to uncover this conspiracy and to prevent any loss of life.”