Home » Lifestyle » 104-Year-Old Syracuse Man Votes in His 21st Presidential Election: 'It Is a Wonderful Thing' 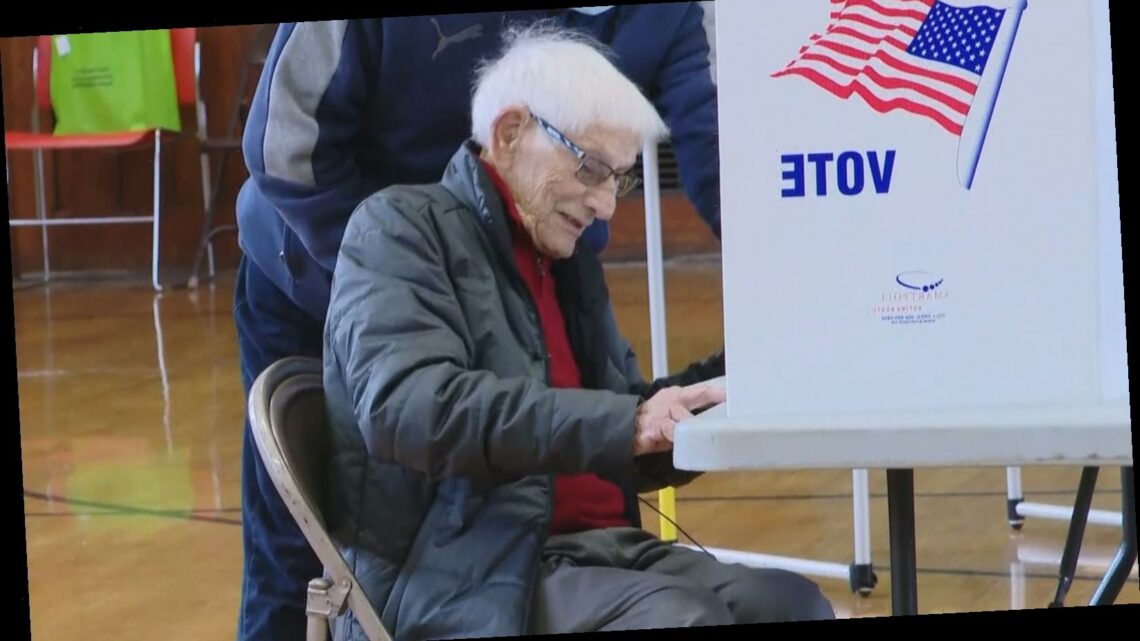 104-Year-Old Syracuse Man Votes in His 21st Presidential Election: 'It Is a Wonderful Thing' A 104-year-old Syracuse man proudly submitted his vote for the 2020 presidential election on Tuesday, marking the 21st time he has done so.

Samuel Bovalino has been voting for the president of the United States since 1940, according to CNY Central.

Now, 80 years later, Bovalino was back at the polls on Tuesday — this time weighing in on whether President Donald Trump or former Vice President Joe Biden should lead the United States for the next four years.

"I do believe in voting," Bovalino told CNY Central, who captured photos of the centenarian sitting at an election desk. "It is a wonderful thing and very important that you do it every time." The Tipperary Hill resident was picked up at his home before being driven to the nearby Saint Patrick’s School to fill out his ballot, according to the outlet.

Though Bovalino did not wear a mask to the in-person vote — his son told CNY Central that it was due to medical reasons per a doctor's guidance — he did proudly show off his "I voted" sticker and a huge smile after submitting his ballot.

When asked about his favorite president so far, Bovalino had no hesitations in revealing to CNY Central that it was John F. Kennedy. However, the Syracuse resident remained tight-lipped when asked about the current candidates.

"It’s hard for me to say anything bad about anyone," he shared with the outlet. "I let my vote speak to that."

As of Wednesday afternoon, there has not been a winner declared of the 2020 presidential election.

Ballot counting efforts are still ongoing, in part to the mail-in votes, which certain state government officials were unable to begin counting ahead of time.

With ballot counting taking several days, the winner of the election may not be determined until Wednesday night at the earliest.

Before Michael J. Fox, Ben Stiller and Other Stars Auditioned for 'Back to the Future'
World News