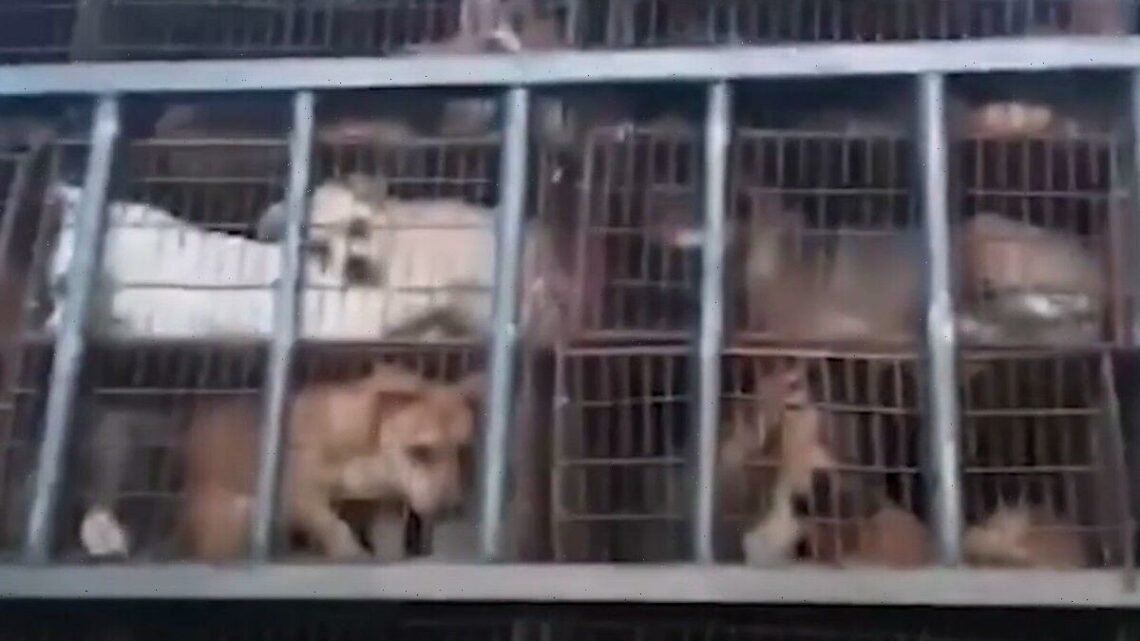 1,000 cats and dogs on ‘death truck’ journey saved from slaugher

Activists and police officers in China stopped a lorry crammed with more than 1,000 cats and dogs as it was making a 750 mile trip to a slaughterhouse. The animals were destined for the meat trade with 370 of the 1,408 animals dying on what rescuers have dubbed the “death truck” from Fucheng to Yulin.

Hao Da-yue of the Capital Animal Welfare Association (CAWA) activist group, whose members helped rescue the animals in Xiao Tao city, said: “I’ve attended many rescues of dogs and cats from the meat trade, but never before have I encountered such a shocking scene.

“This was a death truck, crammed full with desperate, frightened, traumatised animals caged up with their dead and dying companions.”

She told MailOnline: “The smell of death, diarrhoea and vomit was overwhelming and the sound of the animals whimpering and crying for our attention, was just heartbreaking.

“I saw a number of dogs and cats die on the roadside despite desperate attempts to help them. There was nothing that could be done but hold them as they passed away. 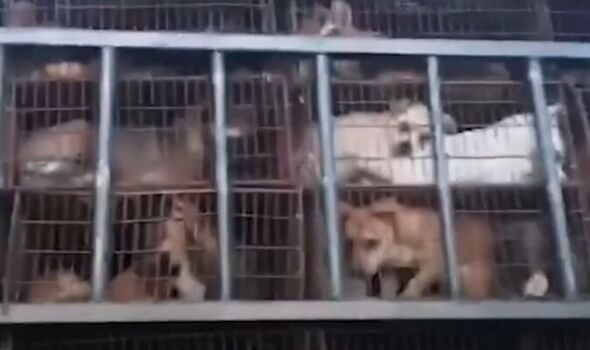 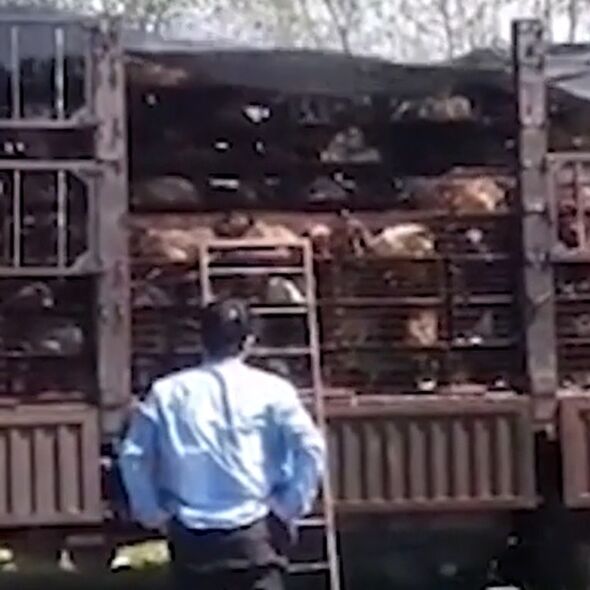 “Activists worked with tears in their eyes, many clearly shocked by what they were witnessing. The world needs to see how these poor dogs and cats suffer for China’s meat trade.

“Such appalling cruelty brings shame on China and shame on the majority of Chinese people who want nothing to do with this despicable trade.”

With the rise of pet ownership in China, eating cats and dogs has become less popular.

The slaughter, sale and eating of dogs has been banned in the Chinese provines of Shenzhen and Zhuhai.

READ ABOUT KATE BEING HECKLED IN NORTHERN IRELAND 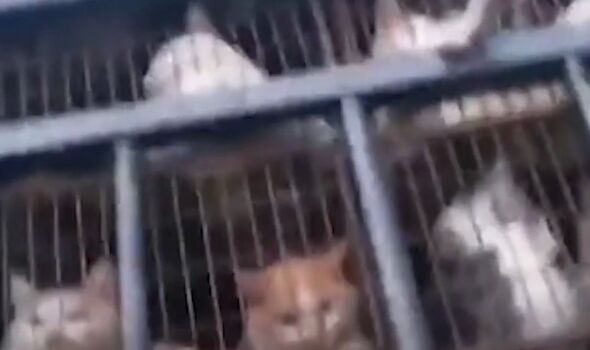 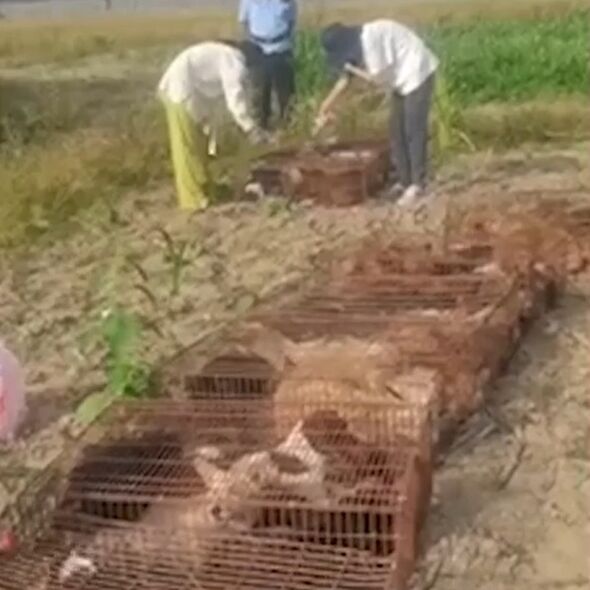 The so called “death truck” was intercepted on October 1 in Xian Tao city in China’s Hubei province.

It was half way through its intended 745-mile journey from Fucheng in the north to Yulin in the south.

After the police stopped the vehicle, rescuers from local animal groups were met by CAWA’s dog meat campaign specialists who unloaded the animals. 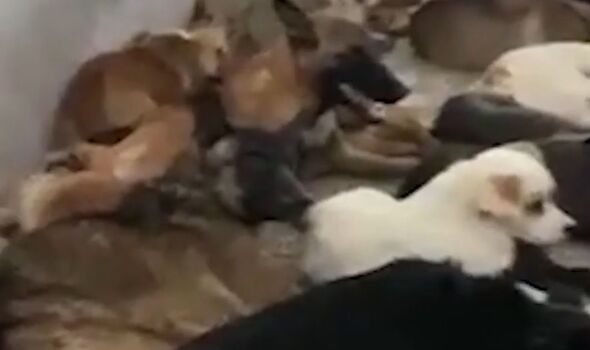 The activists treated many on the roadside, temporarily moving the dogs to a nearby school and the cats to a holding facility before they are taken to shelters.

Hao Da-yue estimated most of the 718 dogs were likely to have been stolen pets with the 690 cats were probably snatched off the streets.

The surviving animals are being cared for by staff at shelters.

They fear the animals have endured such an ordeal, more may yet succumb to their ordeal.

Dr Peter Li, a China policy specialist at Humane Society International, told the same publication: “I want to pay tribute to the dedication and bravery of Chinese animal activists who work so hard to help animals caught up in the dog and cat meat trades.

“Having been to dog and cat slaughterhouses and meat markets myself, I know first-hand how traumatising it is to see this scale of animal abuse, and yet they are committed to exposing this cruelty in the hope of ending the trade for good.

“Most people in China don’t support this trade and it doesn’t reflect modern Chinese society, but without robust animal protection laws in place, we will continue to see this terrible cruelty.”

The two truck drivers have been detained by police and reported to officials. The trader who contracted them and collected the animals faces investigation by China’s Agriculture Bureau.