Home » Lifestyle » 10 Stars Who Decided Retirement Wasn't For Them 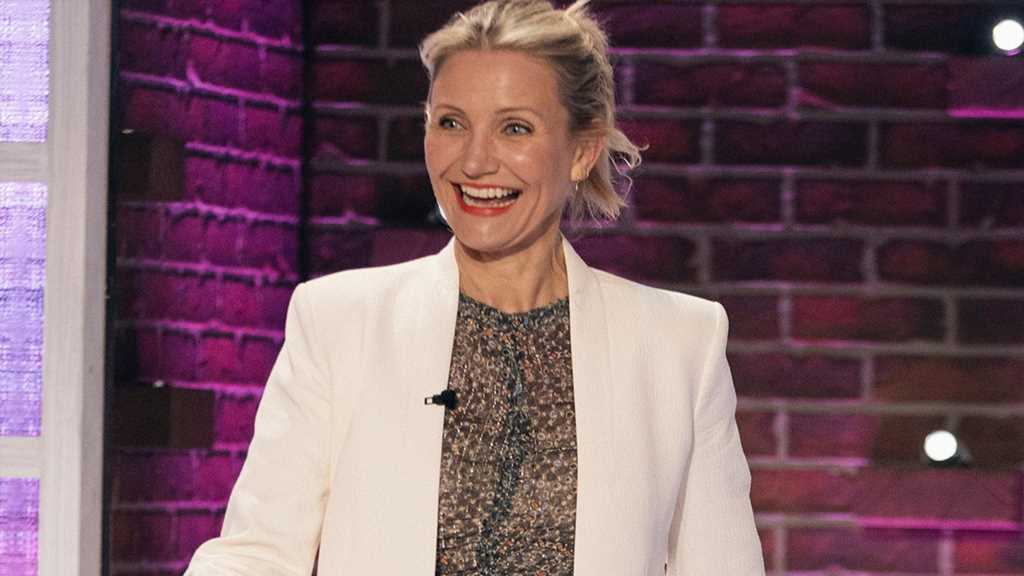 10 Stars Who Decided Retirement Wasn't For Them

"I'm no longer officially retired. The horse is out of the stable and I'm raring to go."

Most people look forward to retirement for their entire lives but it turns out that easy living isn’t for everyone. Once some people get a taste of a slower paced lifestyle, they decide they’re not quite ready to call it quits on their career — and that includes celebrities!

Despite making public announcements about their decision to leave the public eye, a few stars have changed their minds about stepping away from the spotlight. Even though they had a fortune that definitely could have lasted them through retirement, celebs like Phil Collins and Clint Eastwood have made the choice to “unretire.” And while it may have come as a surprise to a lot of people, it’s safe to say that their fans were definitely excited about these stars’ continued careers.

Find out what happened when these stars retired… 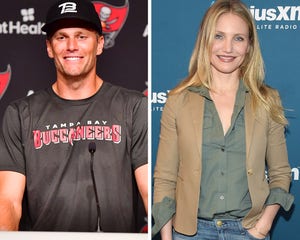 After stepping away from the spotlight nearly a decade ago to focus attention on her personal life, Cameron Diaz recently revealed that she’s officially ready to return to acting. The actress signed on to star in the upcoming Netflix film “Back in Action” alongside Jamie Foxx. While Cameron hasn’t revealed exactly what convinced her to make the leap back to the big screen, Jamie did recruit the help of Tom Brady to convince Cameron that unretiring was a good idea.

“I’m so anxious right now. I’m, like, pacing the room. I feel excited, but I don’t know how to do this, ya know?” Cameron said during a phone call with Jamie and Tom.

Daniel Day-Lewis officially retired from the entertainment industry in 2017 but he previously called it quits at several other points earlier in his career. Back in 1989, the actor quit stage acting — right in the middle of a performance of “Hamlet” in London. Following a breakdown in front of a live audience, Daniel walked off stage and never returned.

While Daniel’s retirement from stage acting was permanent, he did return to the big screen shortly after. But in the late 90s, after filming 1997’s “The Boxer,” Daniel went off the grid for five years, during which he spent time woodworking and shoemaking. He eventually returned in 2002 to appear in Martin Scorsese’s “The Gangs of New York,” and continued to act for 15 more years until his final retirement. 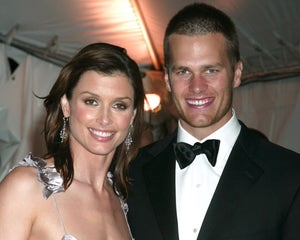 Rumors of Tom Brady’s retirement were rampant by the time he officially announced he’d be leaving the football field in early 2022. His retirement was short-lived though as just 40 days later, he revealed that he would be returning to the sport. Looking back on his decision to continue his football career, Tom explained that he truly was on the fence about his future at the time and felt that he was being called to give more attention to his other responsibilities. Despite saying he was “45%” ready to retire, Tom ultimately decided he wanted to return.

“These past two months I’ve realized my place is still on the field and not in the stands. That time will come. But it’s not now. I love my teammates, and I love my supportive family. They make it all possible. I’m coming back for my 23rd season in Tampa. Unfinished business LFG,” Tom wrote on Twitter.

Phil Collins has gone through retirement quite a few times in his career. In 2011, the musician announced that he was officially retiring in order to be “a full time father to [his] two young sons.” It only took a few years for Phil to decide the retired life wasn’t for him and he effectively came out of retirement when he signed a deal with Warner Music Group in 2015.

“I’m no longer officially retired. The horse is out of the stable and I’m raring to go. My kids are now 10 and 14 and they want to see what their dad does. They were in nappies when I was last on the road. They love my music and I’d like to take them out so they can enjoy it,” Phil said at the time.

As of late, Phil is ready to slow down once again. After releasing some more music, publishing an autobiography and embarking on several tours, Phil is now ready to settle back into retirement. According to his son Nick, Phil is now “definitely retired.” 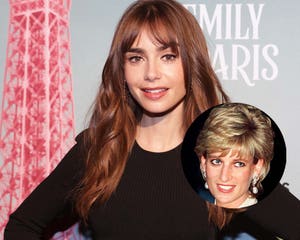 Back in 2000, Barbra Streisand announced that she was retiring from her touring music career. She even hosted a farewell performance at Madison Square Garden in New York City. At the time, Barbra said she wasn’t enjoying performing and wanted to step away from life on the road. While Barbra did continue to release music, she completely stopped performing in concert for six years. In 2006, Barbra decided to make a return to touring in order to fundraise for causes close to her heart. She hasn’t slowed down since then and is still currently touring today.

In the early 2000s, Clint Eastwood announced that he was going to be taking a step back from acting in order to focus on directing. Clint’s acting retirement didn’t last long though as just a few years later, he was approached about “Million Dollar Baby” and took on the role.

“Since this picture [‘Changeling’] was completed this year I have done another film in which I have performed, even though I said I wasn’t going to do that anymore. I think I started saying that back a few years ago, I said ‘I don’t think I’ll act anymore, I’ll stay behind the camera’ and then ‘Million Dollar Baby’ came along and I liked that role. Now I’ve done ‘Gran Torino,'” Clint shared.

25 Celebrities Who Decided to Change Their Name

Joaquin Phoenix has retired twice — once as a joke and once for real. In 2010, he starred in Casey Affleck’s mockumentary “I’m Still Here” in which he pretended to retire from acting in order to pursue a rap career. While fans eventually found out it was a joke, he did end up taking a step back from acting because he just wasn’t interested.

“I didn’t work for a while because there was nothing I was really interested in. And then there were four projects that I was interested in. There wasn’t any grand design. It just worked out that way,” he said at a press conference.

Country superstar Garth Brooks announced his retirement from the music industry in 2000, following the release of his final album “Scarecrow.” At the time, the musician explained that he wanted to focus on raising his three children. While in retirement, he made periodic public appearances but in 2014, he made a full return once his youngest daughter headed off to college. Looking back, Garth says his retirement paved the way for some of the greatest moments of his life.

“The truth is, you know entertainment industries: They were ready to throw me out anyway, so I thought I’d leave before they tossed me out. It was a good time to take a real good look at life, because my former 10 years had not been a real life event. That decade of the ’90s was crazy. And being the life of a guy out on the road is not a real life, so this was good to get back to as close to real life as you could get being an artist,” Garth told The Boot.

Frank Sinatra has become known as one of the most iconic performers of all time, but at one point, he almost walked away from it all. Back in 1971, Frank announced that he would be retiring at age 55. Just a few years later, Frank returned to the spotlight with “Ol’ Blue Eyes Is Back” along with a TV special of the same name and then a tour in 1974. He continued to perform around the world for years, tallying up an additional 1,000 shows before his ultimate retirement in 1995. He died in 1998.

In 2018, Robert Redford announced his retirement — but it didn’t last long. While the actor initially shared that he was going to step away from acting after the release of his film “The Old Man & the Gun” in order to focus on directing, he ended up changing his mind. By the time the film was released, Robert said that announcing his retirement was a mistake and wasn’t done the way he wanted.

“I think it was a mistake to say that this was my last film because I think I just could’ve quietly slipped out of acting and into a new category,” Robert explained, adding that he inadvertently drew “too much attention” to “The Old Man & the Gun” being his last film, when he’d rather the focus be “on the rest of the cast and the story.” 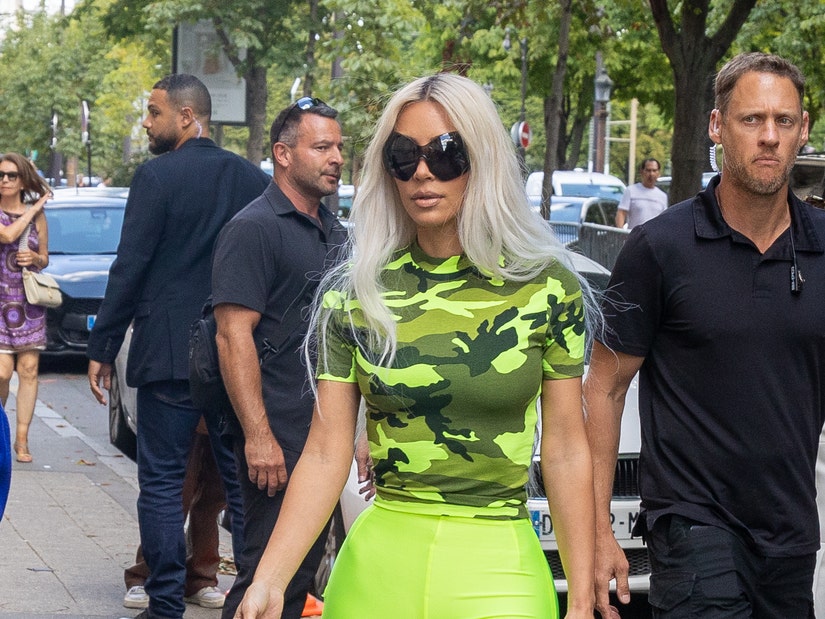