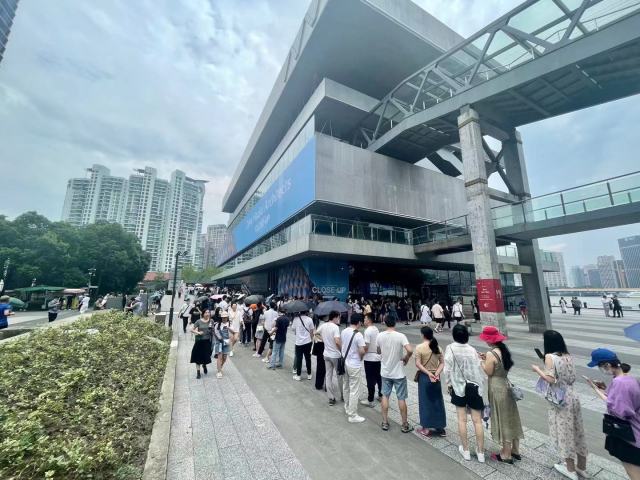 The first two will be unveiled today at the High Line Building on Manhattan’s West Side and at the One Thousand Museum Lounge in Miami. Both buildings were designed by the prizewinning architect, who died in 2016. A third satellite event is planned for London later this month.

“ZHA Close-Up – Work & Research” has already attracted crowds at the MAM Shanghai, according to a spokeswoman for the project. The exhibition will be on view through mid-September.

Visitors to the Stateside invitation-only events will view live-feed video footage from the exhibition. They will also catch remarks from Patrick Schumacher, chief executive officer of Zaha Hadid Architects, and from Shai Baitel, the artistic director of MAM. Schumacher was Hadid’s longtime collaborator.

Baitel’s conversations with Hadid began in 2015. At that time they were discussing the prospect of opening the Zaha Hadid permanent models museum and she liked the idea of it being based in Miami, where she had planned to spend more time, according to Baitel.

Noting that Hadid died four days after their last meeting, at the Mercer Hotel in New York in 2016, Baitel said, “For me, this exhibition is coming full circle where we give her the respect and acknowledgment that she deserves.”

In doing so, the satellite opening events are being held at ZH-designed venues and run concurrent with the Shanghai show. The plan is for the exhibition to run for a few years with Hong Kong scheduled as the next stop, Baitel said.

”The importance of the outposts is to exemplify how the Modern Art Museum Shanghai is a cultural bridge and how content originating in the museum in China can be presented, even remotely in different cities and locations. We live in an unusual time, and so travel to China is very difficult, if not impossible with restrictions, lockdowns and quarantine requirements,” Baitel said. “We felt we should share the genius of ZH with guests and fans from around the world with remote opening events in three cities that were also important in her career and life.”

Planning for the Shanghai show took some patience, since logistics were complicated by the pandemic shutdown. After the U.K.’s strict lockdown last Christmas, models could not be shipped, which impacted the original plan to open the show in April. Then this spring’s blockage of the Suez Canal, challenging weather conditions and rerouted ships delayed shipments. “Unforeseen elements continuously interrupted the planning and logistics of the exhibition, but we overcame them all and opened the exhibition successfully.” Baitel said.

Remotely the special guests will be able to get a glimpse of the show and celebrate Hadid’s work. The idea is that they will feel as though they are at the exhibition despite the impossibility of traveling to China at this time, according to Baitel.

As an artist and an architect, the work of Hadid can be seen all around the globe in the Broad Art Museum, the London Aquatics Center at the 2012 Summer Olympics and the Guangzhou Opera House. Some of her designs continue to be developed today. The firm has been tapped to develop a futuristic tubular Hyperloop transportation system for Hyperloop Italia. Hadid once compared architecture to writing saying, “You have to edit over and over so it looks effortless.” During her career, the Pritzker Prize-winning architect worked with such brands as Fendi, Swarovski and Georg Jensen, among others.

Pedri, 18, breaks down in tears after Spain's penalty shootout loss to Italy as Enrique compares him to Andres Iniesta
World News