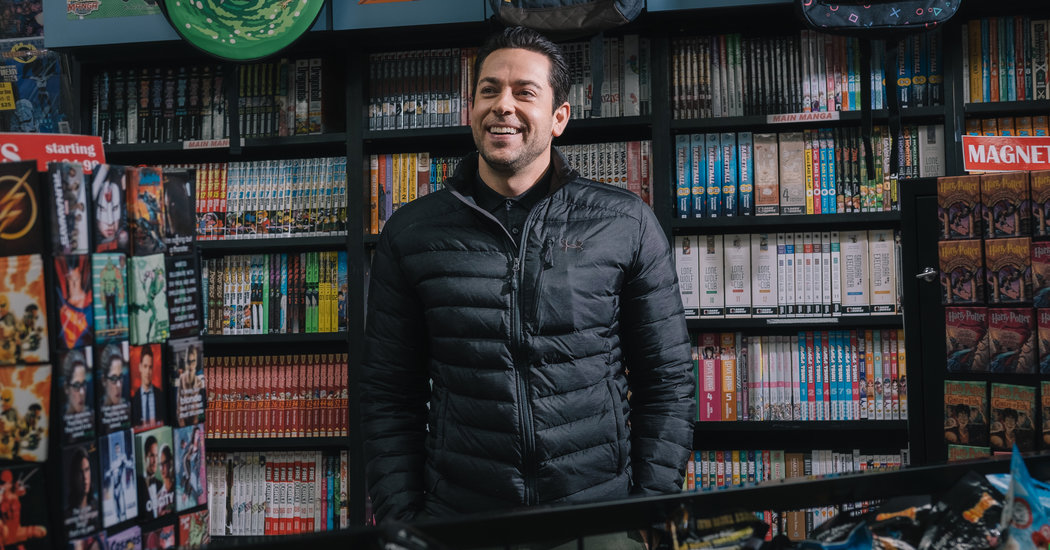 “It’s crazy to think how obsessed I was,” said Zachary Levi. “At one point in my life this was everything.”

Mr. Levi, who is 6-foot-4 and newly buff, was on the first floor of Midtown Comics, just south of Times Square, gazing up at shelves crammed with new releases. A former comics head and self-described nerd, Mr. Levi likes to browse whenever he’s in the neighborhood.

Benjamin’s superpower? “Logic,” Mr. Levi, 38, said. Is that enough to withstand the force of nature that is Midge? That’s a question for the third season.

Benjamin is only one of Mr. Levi’s identities, secret and otherwise. He played Chuck Bartowski, the tech geek who became an accidental superspy in the TV comedy “Chuck.” And he was the voice of Flynn Rider, the thief with questionable intentions and great hair who rescued Rapunzel in the Disney movie “Tangled.”

He is also a Broadway star (“First Date,” “She Loves Me”). And in case you thought the musical comedy triple threat was his own personal superpower, he is pretty sure it’s empathy. “I’ve always had a really gnarly heart,” Mr. Levi said. 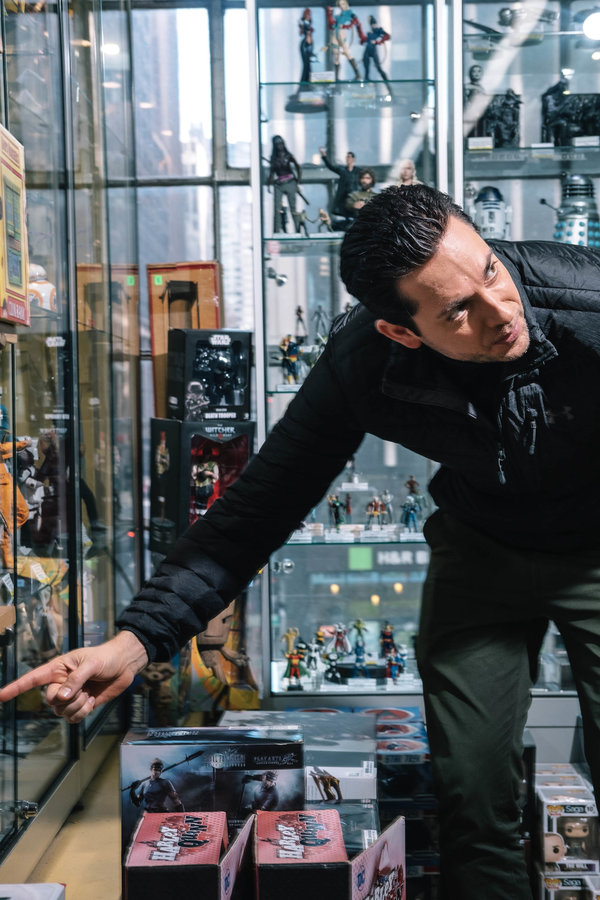 Next year, he’ll finally join the superhero cape brigade, in “Shazam!” Mr. Levi plays the title character, a muscular incarnation of a teenage boy suddenly granted the wisdom of Solomon, the strength of Hercules, the stamina of Atlas, the power of Zeus, the courage of Achilles and the speed of Mercury.

“Also I can shoot lightning out of my hands,” he said proudly. “The wish fulfillment is very ridiculous.”

This made him minor royalty at Midtown Comics, though that morning he was assuming a lower, less electric profile. Just another fanboy. Only taller. He wore green pants and a black Under Armour puffer that concealed his physique.

Even incognito, it was clear that a hero had entered the building. Staff members trailed him as he browsed the narrow aisles, and other customers snapped surreptitious smartphone pics.

The store is large and brightly lit, but so overstuffed with comics and merchandise (Mr. Levi was especially tempted by a Captain America gelatin mold) that it looks a lot smaller.

After noting a “Shazam!” collection on the sale shelf, he paged through a “Bloom County” book and a Legend of Zelda encyclopedia shaped like an old Nintendo cartridge. “This is giving me the most unbelievable flashbacks,” he said. “I keep thinking about slapping the cartridges and blowing into them just so they would work.”

“Life was so much simpler in the ’80s,” he said. That was when he first fell in love with comics, mostly “X-Men” and its offshoots. “The idea of waking up one day and being able to teleport or fly or transform or be superstrong or whatever — the child in every single one of us is secretly hoping for that all the time,” he said.

Mr. Levi still has a box of those old comics somewhere, along with some baseball cards “that are probably worth nothing at this point,” he said. And he still plays video games. Most recently the Red Dead Redemption 2, a Western. He thought there was too much horse.

A Go-Bots comic caught his eye and then an issue of “The Avengers” that showed Jimmy Kimmel on the cover. “That’s when you know you’ve made it,” Mr. Levi said.

Mr. Levi also admired a “Star Wars” comic that styles Leia and Han like the farmers of “American Gothic.” “Tell me that’s not clever!” he said.

He wanted to see the toys and collectibles. “How do you go upstairs?” he said to a pair of boyish Midtown Comics employees. Then he answered his own question: “Oh. Where the stairs are.”

He ascended them with a speed that wasn’t quite Mercury’s, eating a meal replacement bar on the way. “Every two hours I have another meal,” he said.

Mr. Levi made a beeline toward a wall of X-Men figurines. “Gambit was my favorite,” he said, pointing to one figurine. “Because he was a total ladies man and spoke with that Cajun accent.” He went hunting for a Shazam figure in the DC Comics section, and Henry Varona, a baby-faced staffer, had to break the news to him that he wouldn’t find it.

He stared at a wall of bighead collectibles called Pops and was reminded that the toy company Funko didn’t make a figurine from his “Tangled” character, Flynn Rider. “They have a Rapunzel Pop and Maximus the Horse Pop and no Flynn Rider. What does a guy have to do to get a Funko Pop?”

He eventually found Shazam, albeit in T-shirt form. “Does that ever get old?” Mr. Varona asked him. “No way, man,” Mr. Levi said, shaking his head as he admired the yellow lightning bolt. “It’s just the coolest.” Being entrusted with playing a superhero, he added, “is something you get for the rest of your life, and to me that’s a very big honor.”

After Mr. Levi checked out some high-end figurines, Mr. Varona asked him to sign back issues of “Shazam!” and he obliged. “This will be on eBay in 10 minutes,” he joked.

He posed for selfies with the staff and then joined everyone in a group shot. “Shazam!” they said as the camera phones clicked.