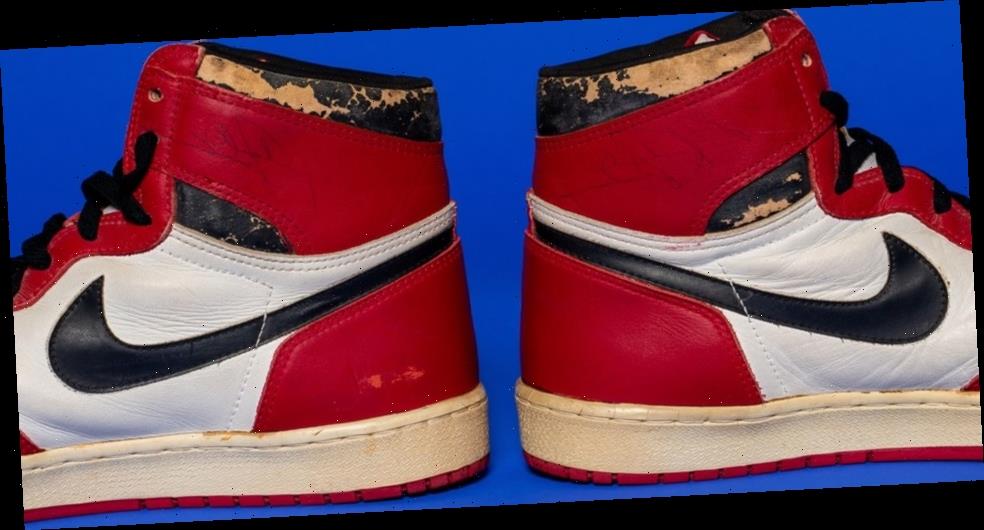 Michael Jordan‘s “Shattered Backboard” game sneakers first made history earlier this year when they sold at a Christie’s auction for $615k USD in August, and now the backboard-breaking pair is set to make history once again: it’s available for investment through Otis, a purveyor of “cultural assets.” Photo-matched by over 30 shots and verified by leading authentication service James Spencer, this size 13.5 OG Air Jordan 1 “Chicago” from 1985 is signed on the lateral collar of both shoes and even features a small piece of glass still lodged in the left foot’s sole.

Collectables of this nature have long been kept exclusive to the extremely wealthy due to their five and six-figure prices, but Otis aims to democratize the world of rare memorabilia by offering it as an alternative to investing in traditional stocks. How it works is simple: interested parties can “invest” in the shoe — valued at $700k USD by Otis — for $10 USD a “share.” These investors can either sell their individual shares through the Otis app, or will be cashed out when Otis sells the shoe in full.

Though putting money down for a piece of a rare collectable may seem like a head-scratching decision to some, the value of Michael Jordan memorabilia has spiked since ESPN and Netflix‘s The Last Dance began airing in April. As recently as 2017, the record price for a game-worn Air Jordan 1 at auction was $55K USD — meaning the premium has increased more than tenfold in under three years.

If you’d like to invest in Jordan’s game-worn sneakers, you’ll be able to do so via the Otis app in the coming weeks. Interested parties can sign up for early notification here.

‘Being a mother of a boxer is extremely nerve-wracking,’ Danny Garcia’s mom said ahead of Errol Spence Jr. fight