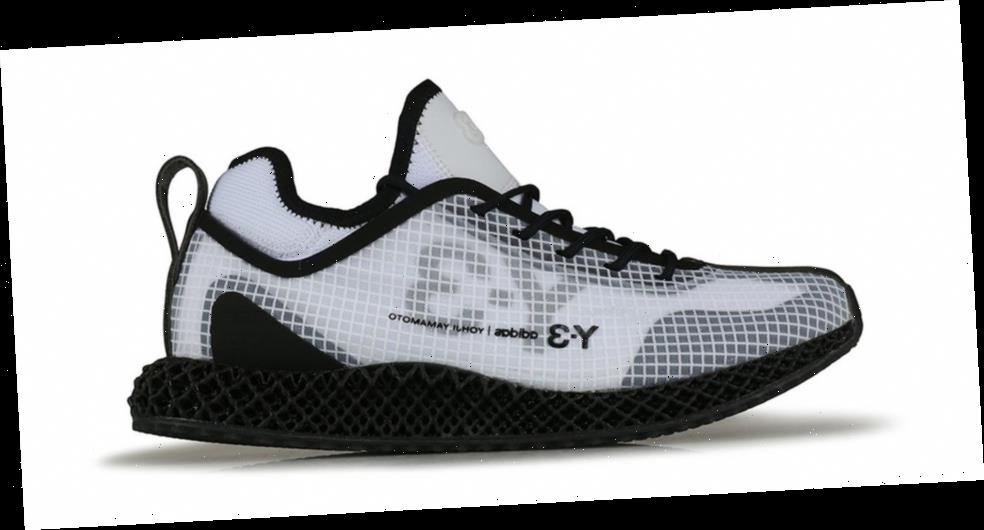 adidas‘ Yohji Yamamoto-helmed division Y-3 has played with 4D light, oxygen and liquid resin fuel technology for a number of years now, releasing sought-after pairs such as the inaugural RUNNER 4D and more. Now, the technical Y-3 label has gone back to the drawing board and has released an all-new sneaker, dubbed the RUNNER 4D IO.

The Y-3 RUNNER 4D IO is available in “Footwear White/Black” and “Black/Trace Khaki,” with both looking as technical and futuristic as each other. The white pair shows off the shoe’s details best — namely its transparent mesh outer layer that acts as a window to the inside of the shoe, where you’ll find a detachable Primeknit sock branded with Y-3 logos and finished with contrasting colors to help split up the shoe’s components.

A set of Three Stripes appear on the medial side of the Primeknit inner sock, while “Y-3 adidas | YOHJI YAMAMOTO” branding has been added to the outer mesh lining. For the black pair, “Trace Khaki” has been used to detail elements including the outsole that lines the full-length black-tinted 4D midsole, and the tongue, heel, toe detailing, and heel cup.

Both adidas Y-3 RUNNER 4D IO colorways are available to purchase on websites such as Hanon now, where they retail for £395 GBP apiece (approx. $512 USD). Take a closer look at them both above.

Holly Willoughby shows off small waist in leather skirt on This Morning – get the look from £19.20

Missing child feared to be fifth migrant dead after boat capsized in Channel as they screamed ‘help us we’re sinking!’
World News