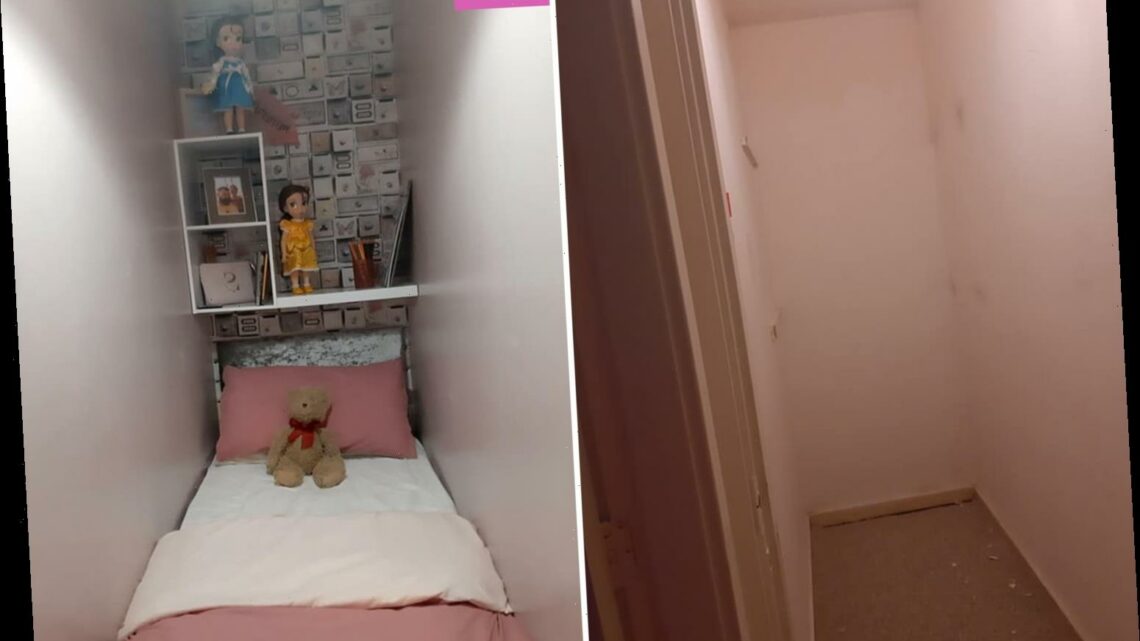 A WOMAN turned a small cupboard in her one-bedroom flat into a sleeping area for her stepdaughter using bargains from The Range and B&M.

She revealed that her partner’s daughter would come over to stay, but she didn’t have her own room as space was tight.

So she decided to repurpose a cupboard so the little girl could have her own space, adding she loved her new ‘den’.

Her partner did ‘the hard work’ for the cosy nook while she did all the shopping, hitting up B&M, The Range and eBay for bargains.

She shared her handiwork to Facebook group DIY On A Budget UK, saying: “A bit of imagination and creativity.

“Small cupboard turned into a sleeping area in my 1 bedroom flat for my partner's daughter when she stays. 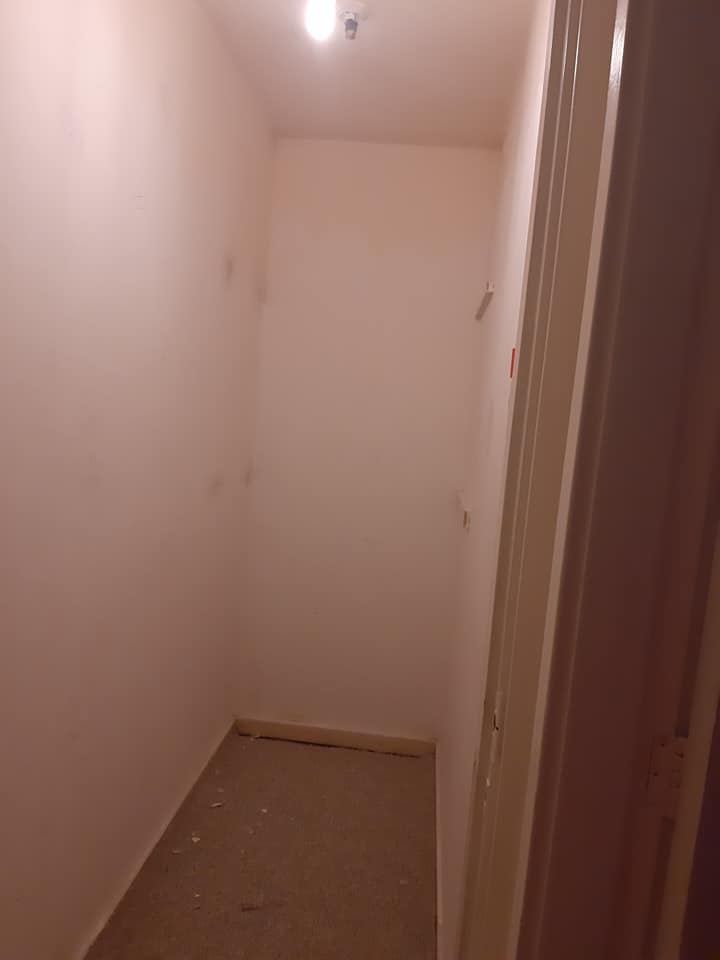 And explaining how much it all cost, she told Fabulous: “The paint, duvet/duvet set and lamp shade were from The Range.

"The shelves and bits were from B&M, bed was from a UK site on eBay

“The wallpaper I already had, we bought the bed, duvet/duvet set, the pink paint, a lamp shade and a coloured bulb which she changes to blue so the room looks purple, and then the bits for the shelves.

“Would say it cost around £125 altogether. 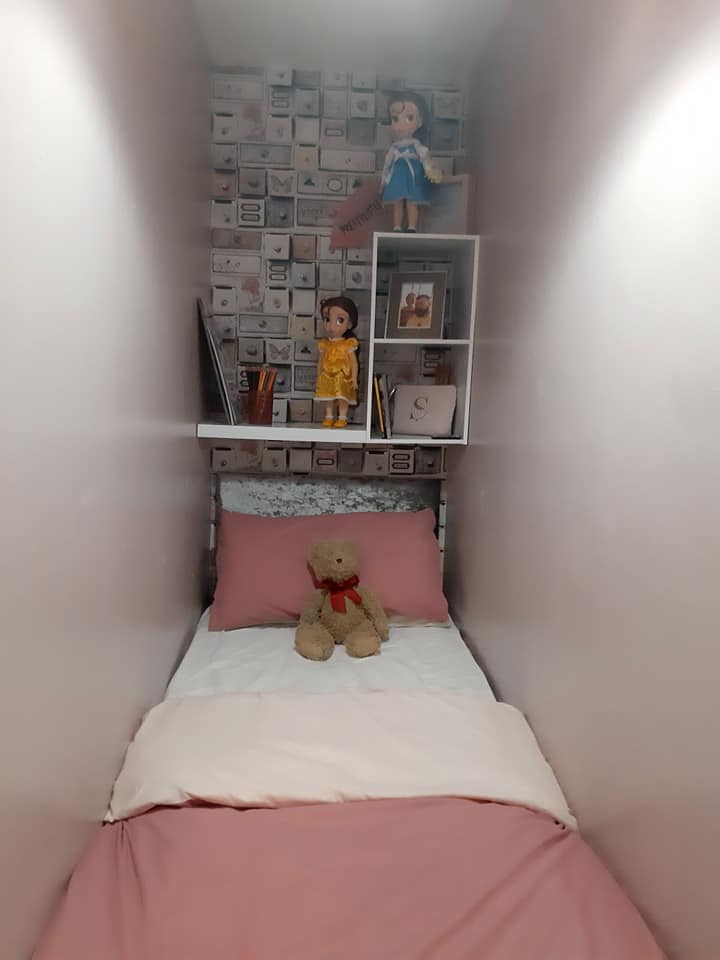 “The door we left on for when she's not there but it's open when she is and in there.

“She loves the privacy she now has and thinks it's cosy.”

More than 1,300 people have praised her idea, saying it’s perfect for little kids.

Commenting online, one person said: “It’s so lovely!! Really cool idea. Gives her personal space in your little house! I love it.”

Someone else wrote: “Awesome she’ll love having a little space of her own.” 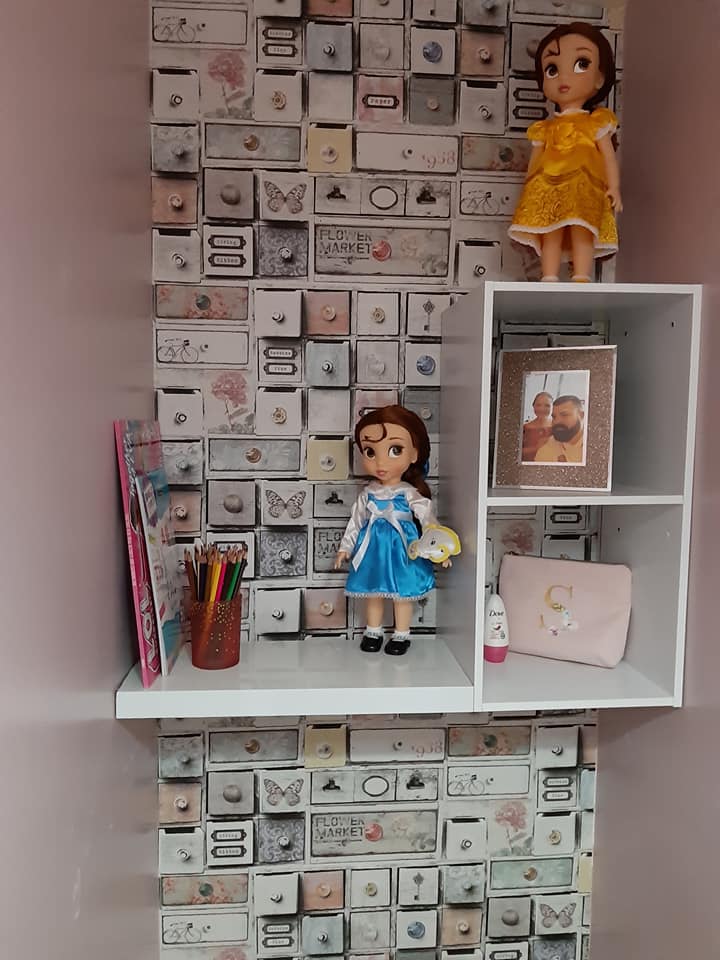 A third commented: “Awe thats so sweet, you've done what you can with what you have to make your partner's daughter happy. If I was her mother I would be soo happy!”

This person thought: “Fabulous! Well done you for doing all you can to accommodate her and their relationship what a great step-mum you are.”

While another added: “I think it's a fantastic idea when you have limited space well done for giving a little girl her own little bit of space to relax in that's all that matters at the end of the day.” 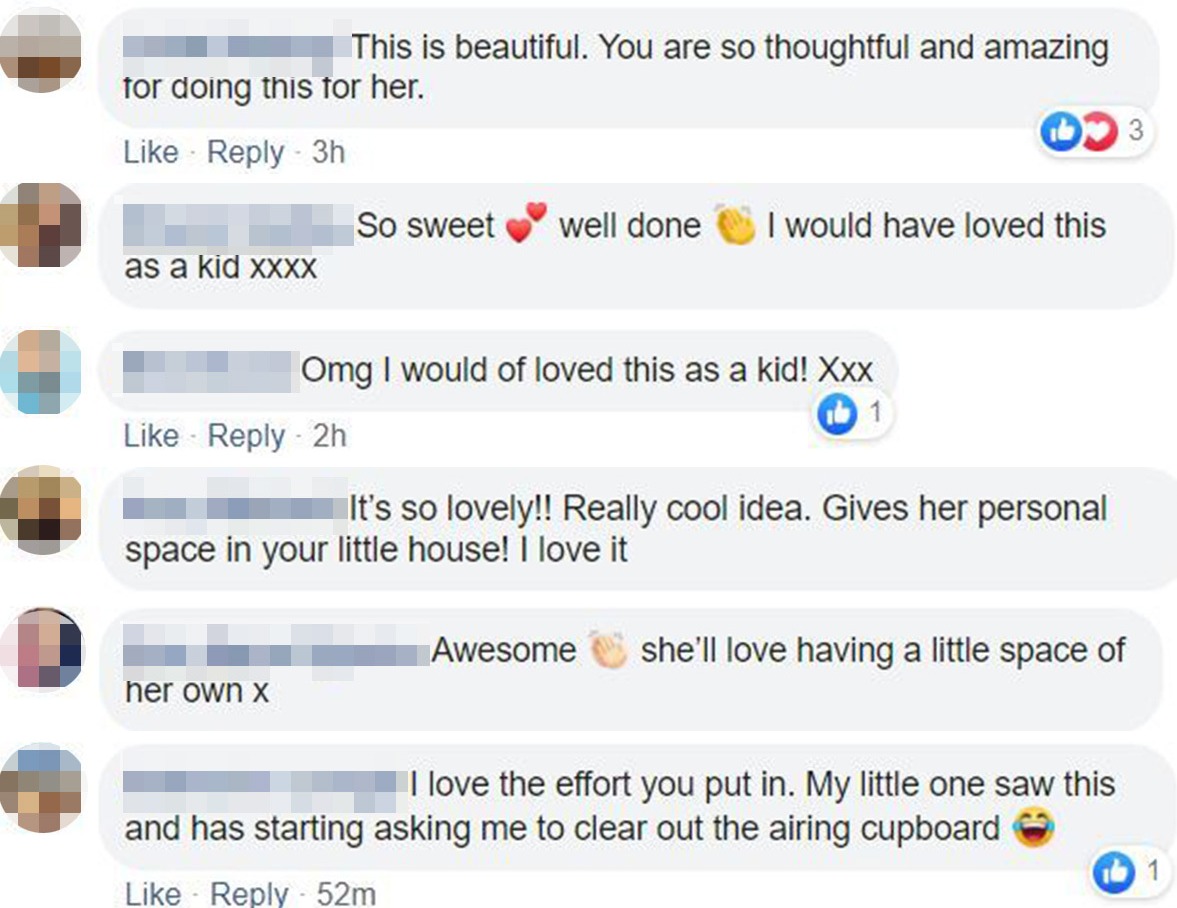 And this mum revamped her stairs into an incredible waterfall mural after her 11-year-old ruined the carpet and it only cost £21.

Plus this mum turned her ‘awful’ wooden panelling into a family photo wall – but some blast it for looking ‘common’.

Meanwhile this mum uses offcuts found in a skip and bargains on eBay to transform her loft bedroom into study and beauty desk.