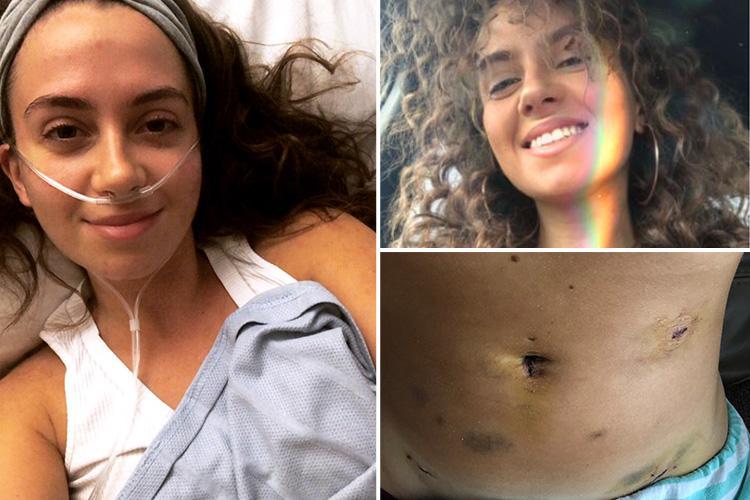 Suzan Selçuk, 28, told The Sun that since the age of 12, she's suffered excruciating period pains, leg pain and fatigue, to the point that I would miss school, college, and more recently, work. 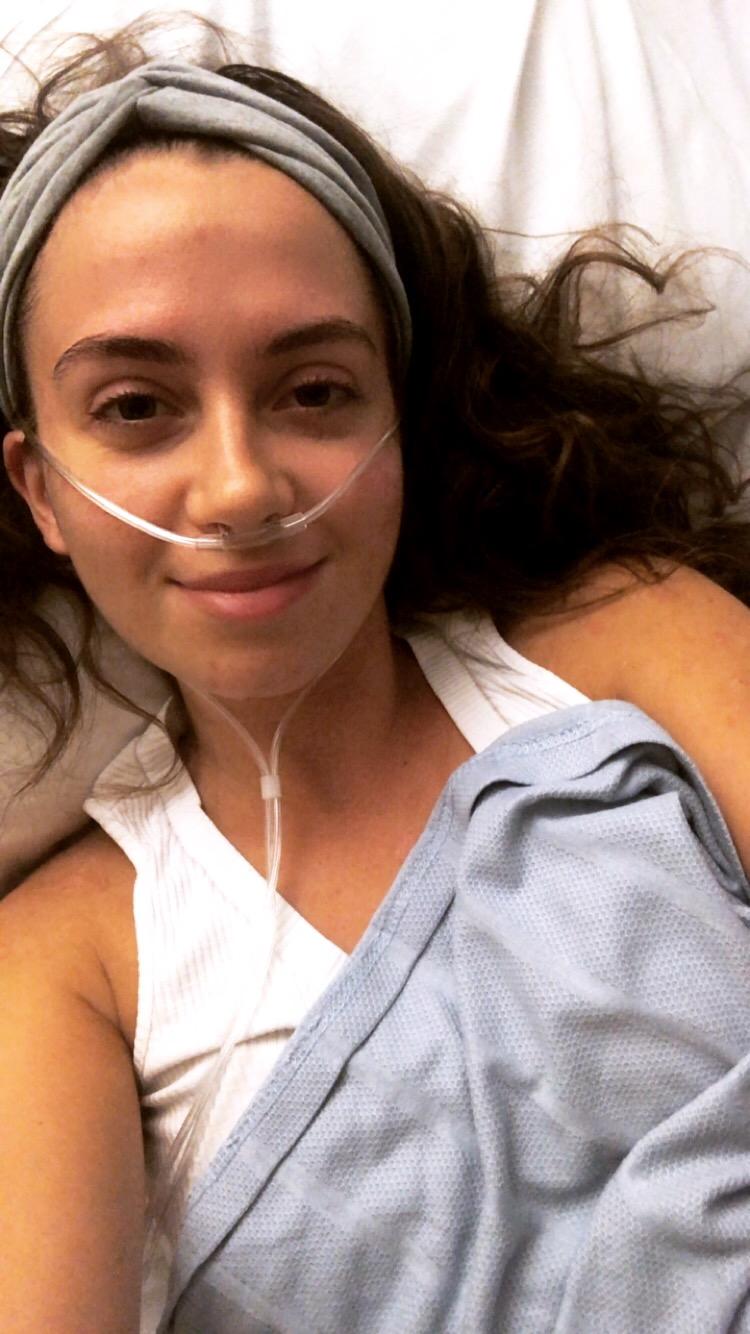 Suzan has lived with excruciating pain for 16 years

"The best way I can describe it is as if someone is dragging razor blades down my stomach from the insides," Suzan says.

"It's so crippling that I struggle to stand up straight. The pain can take my breath away or make me feel physically sick."

She says that over the past 16 years, she's been "laughed at, ridiculed and misdiagnosed by doctors AND gynaecologists, despite being certain I was suffering from Endometriosis". 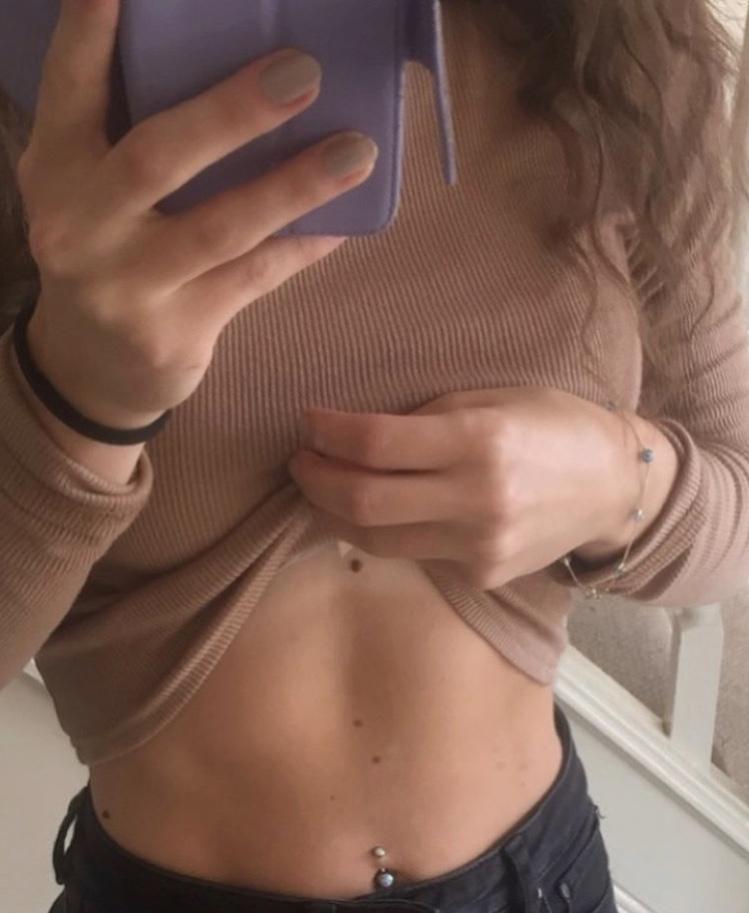 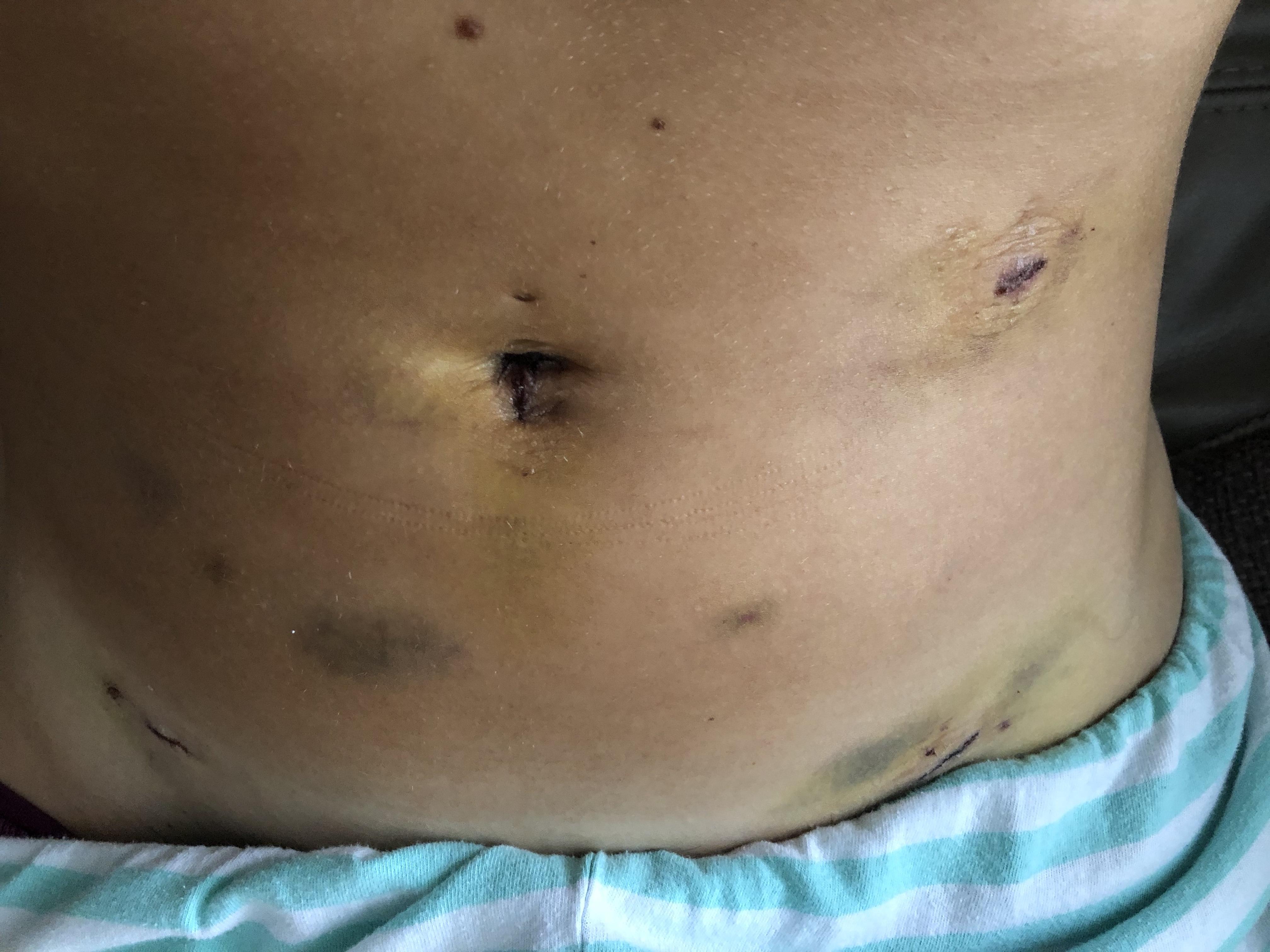 "Over the years I was told I had IBS, that I was "weak" and had a low pain tolerance, that I needed to take more painkillers, that it was in my head, – but never taken seriously."

With medics telling her that she was imaging her devasting symptoms, Susan says that she felt like she was "going crazy" – eventually leading her to suffer from severe health anxiety and OCD which manifested in depression as she got older.

"I was finally diagnosed in May this year after 16 years, with stage four endometriosis and adenomyosis (a linked condition which causes bloating, heavy periods and cramps) which means it has now grown into my womb. 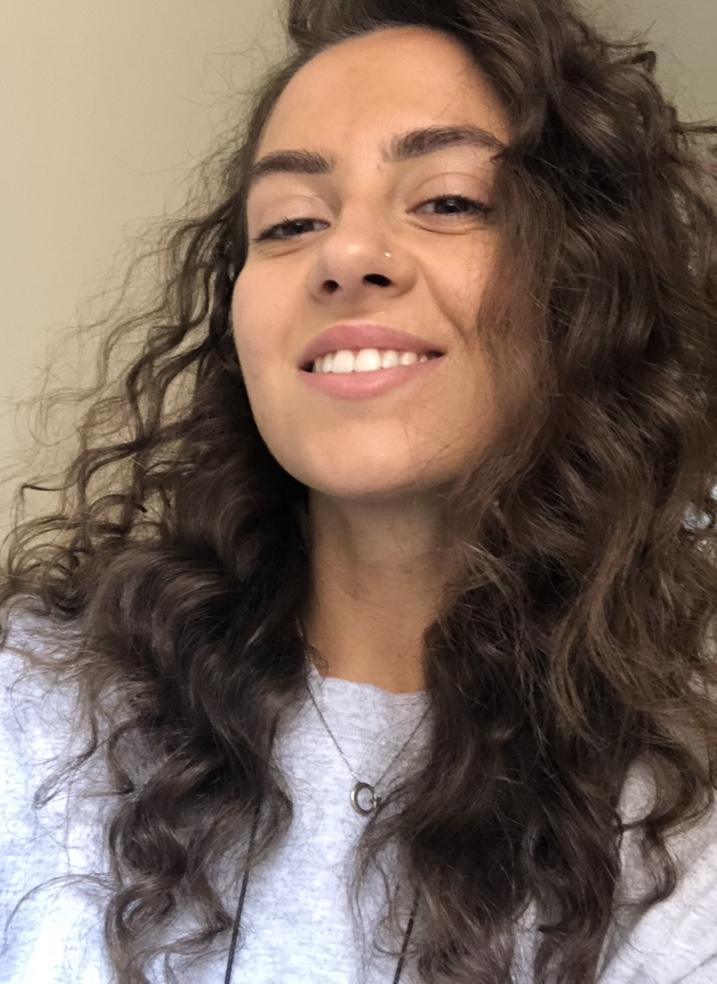 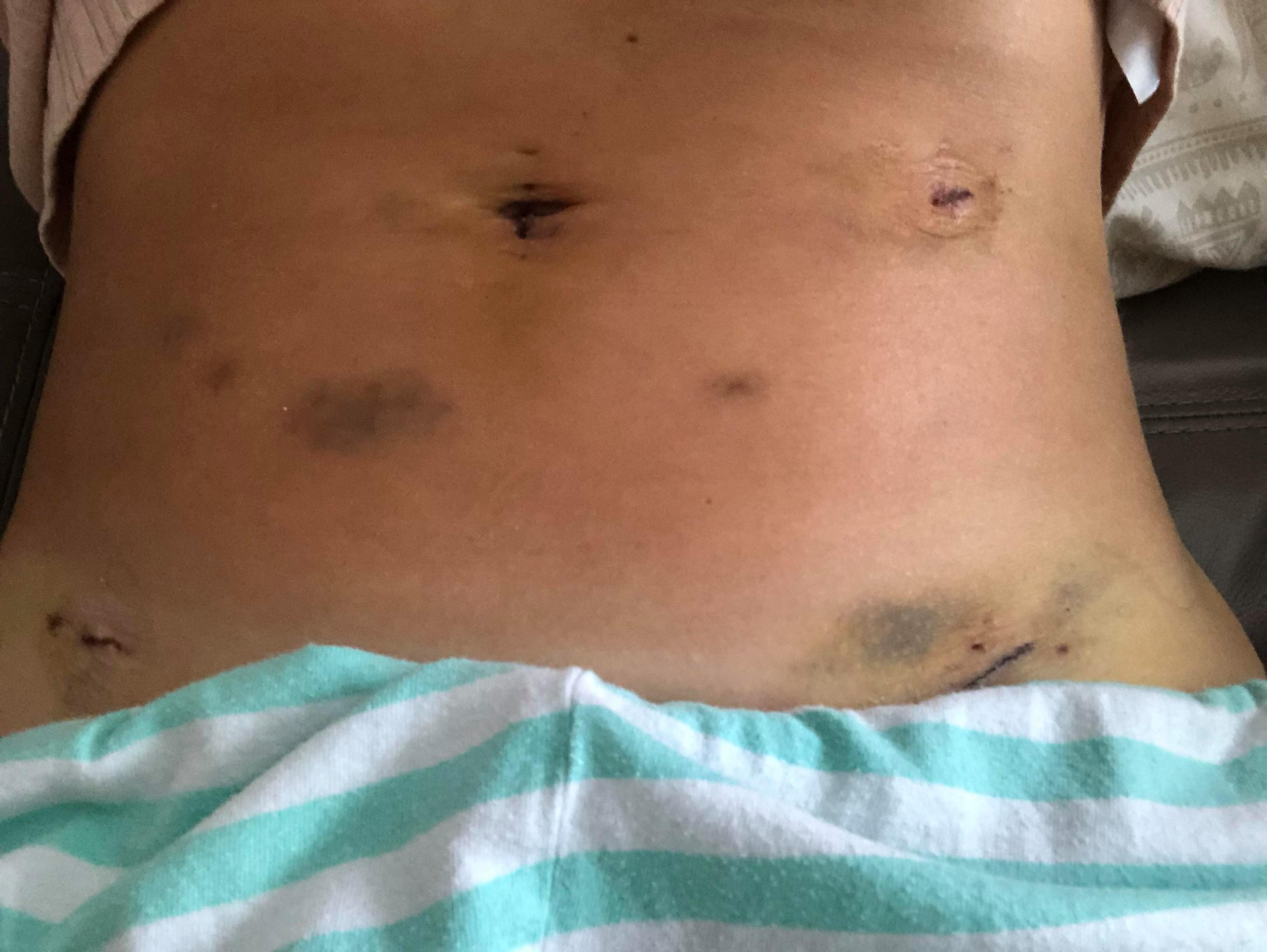 "The Endometriosis was all over my bowel and had resulted in adhesions sticking my bowel, womb and ovaries together."

The former creative director is currently recovering from her second major bout of surgery, which saw her being in theatre for five hours.

She lost an ovary in the process.

"Unfortunately the adenomyosis cannot be treated unless I decide to have a full hysterectomy."

Suzan has now been adviced to take hormonal treatment to shut down her ovaries and put her into early menopause to stop it from doing further damage to her body, something she says that she hasn't ruled out but isn't currently undergoing because she wants to try to solve the problem naturally.

"I'm working with a naturopath instead to try and get to the root cause of what is going on with my body and immune system that the disease is growing like this. 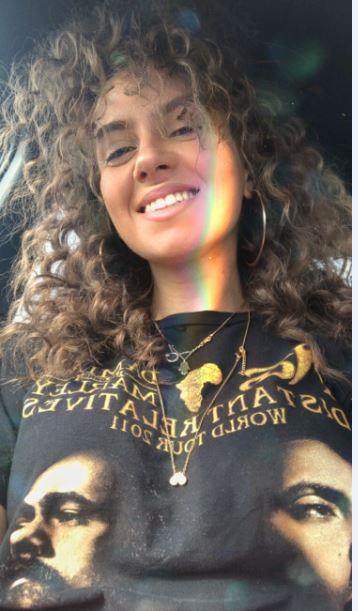 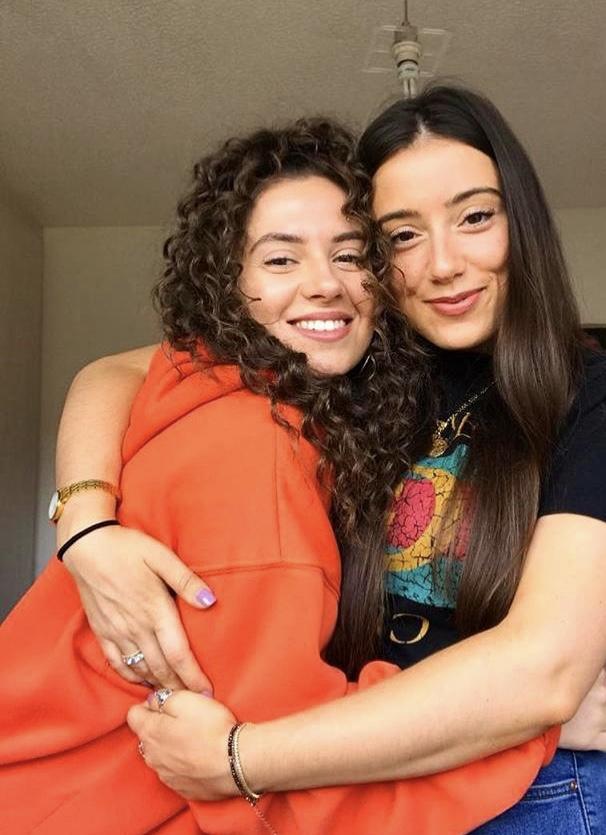 "I really believe that if I had been taken seriously years earlier, I would have been able to take steps to manage my health holistically through diet (as this is an inflammatory disease, even small changes like cutting out meat, gluten, soy and dairy can slow the growth) and also had a better medical care plan to avoid the disease progressing and damaging my organs.

"I would also have been able to prevent the mental health issues which have plagued most of my adult life from progressing."

The average diagnosis time for this kind of condition is up to ten years – by which time, most women have advanced endometriosis.

"The lack of awareness and respect for this disease meant that I didn't get taken seriously for more than half of my life and ended up feeling so alone.

Endometriosis is where cells like the ones in the lining of the womb (uterus) are found elsewhere in the body.

Each month, these cells react in the same way to those in the womb – building up and then breaking down and bleeding. Unlike the cells in the womb that leave the body as a period, this blood has no way to escape.

That can lead to infertility, fatigue, bowel and bladder problems, as well as really heavy, painful periods.

It affects one in ten women in the UK.

The cause of endometriosis is unknown and there is no definite cure.

According to Endometriosis UK, it takes over seven years on average for women to finally receive a diagnosis.

It's estimated that up to 50 per cent of infertile women has the condition.

"As the disease progressed, so did the pain I was dealing with, which resulted in chronic fatigue, bowel issues, back problems, deeper mental health issues, in general a low quality of life with no hope for the future."

Suzan is now trying to do everything in her power to raise awareness of the debilitating, misunderstood disease, so that other young girls have the education and support they need to get the right diagnosis within a suitable time frame.

She says she wants to get the disease properly recognised in the workplace so that women who suffer from it aren't embarrassed by it and miss out on getting the right support from employers.

Suzan was the creative director of a fashion brand for seven years before being forced to leave earlier this year due to ill health and having to take so much time off work. 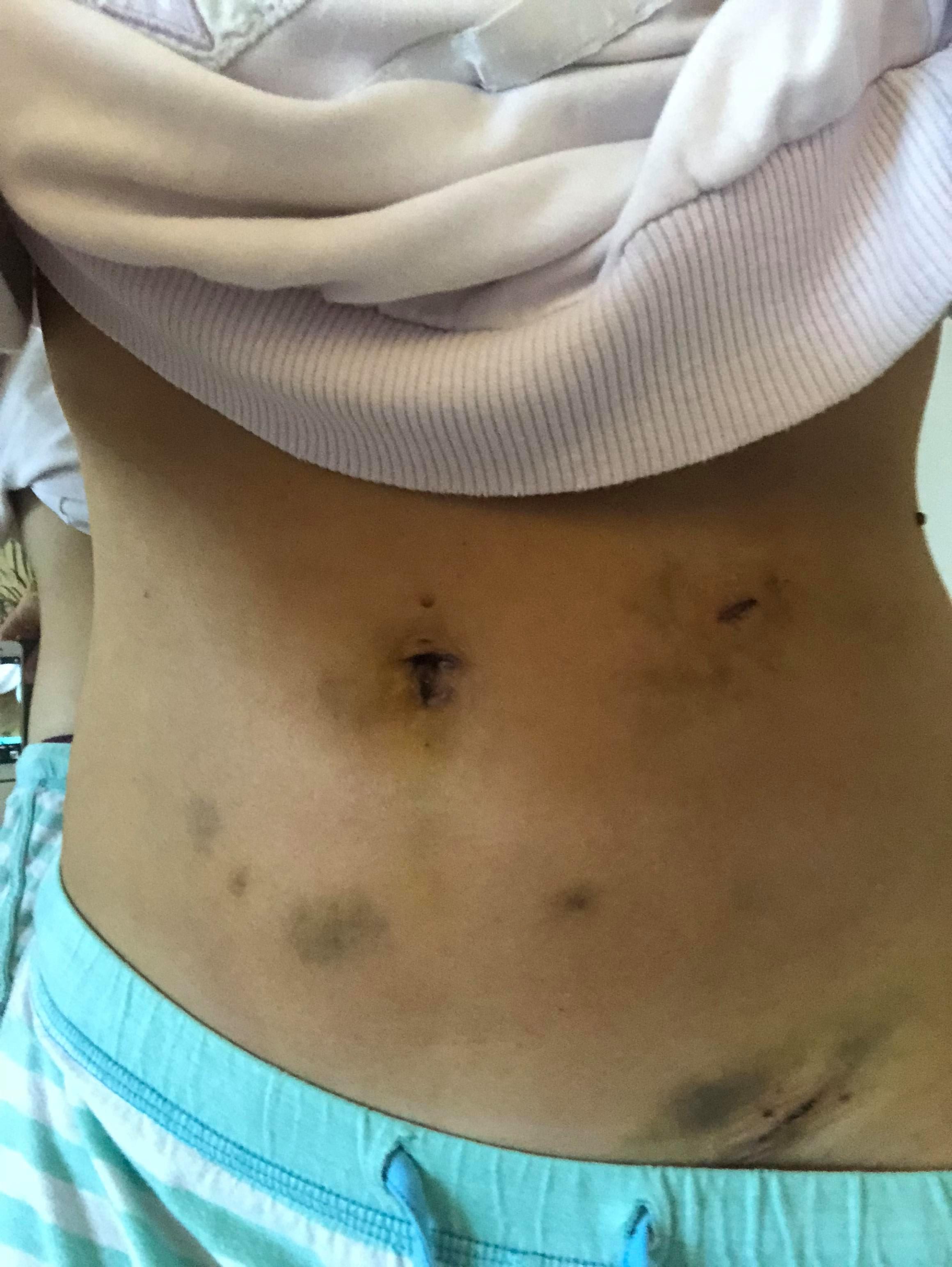 "But my pain was crippling and wasn't just at the time of the month.

"Even after my two surgeries, I am still in pain frequently and job searching is difficult after months of struggle."

She says that many companies simply don't accept "period pain" as a valid reason to be missing work – despite many women with endometriosis end up missing work on a monthly basis due to the debilitating pain experienced.

"Severe period pain is not normal and not something that should be a reason to lose your job (which is what happened to me) due to lack of understanding or prolonged diagnosis." 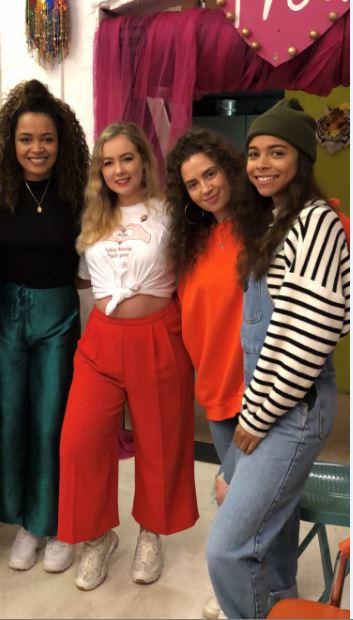 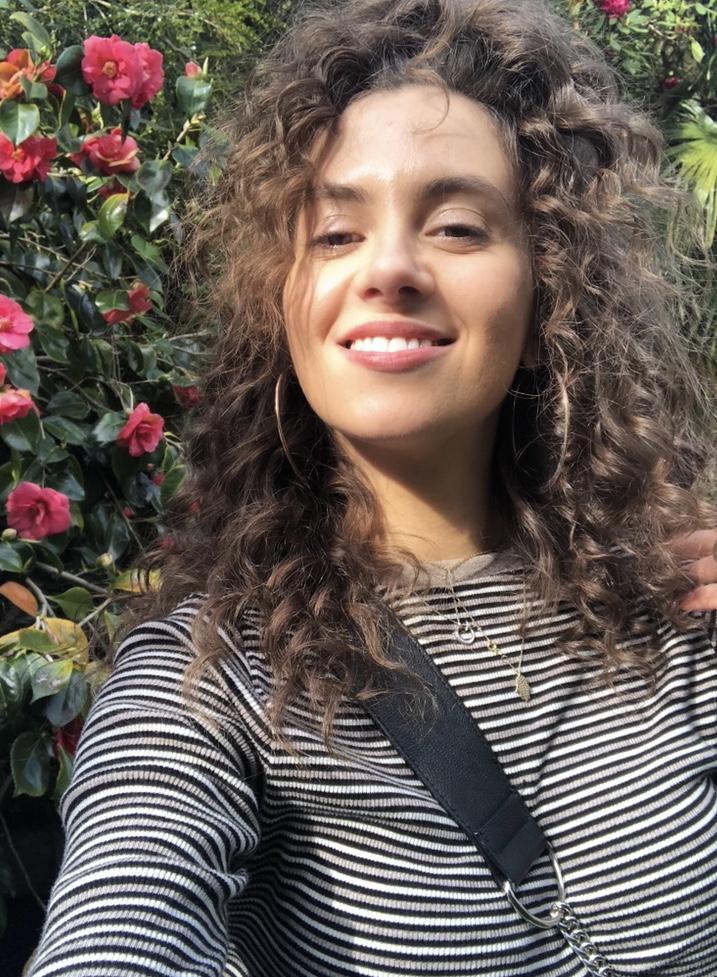 Endometriosis UK estimates that it takes the average sufferer 7.5 years between first experiencing crippling symptoms to receiving a proper diagnosis.

By that point, women have advanced endometriosis with severe daily pain, low quality of life, depression, organ damage and in many cases, infertility.

"This is not acceptable," Suzan says.

"More awareness and respect for the women suffering is needed. I'm sharing my story to give young girls and women the confidence to trust in their own bodies – something I wish I had more of when I was laughed at by countless (mostly male) doctors who told me that 'all women get period pain' or that I was a hypochondriac."

The one positive of Suzan's traumatic experience has been setting up CrazyCreativeCool, a mental wellness community. Her focus is on making mental wellness a priority for women suffering with their mental health and chronic illnesses, providing tools and support to build confidence and self-esteem.

"In the depths of my depression, I had days where I could not get out of bed, felt no hope for the future and hated myself for the way I felt," she explains.

"I know so many other mental health and chronic illness suffers can relate to this feeling. My OCD and health anxiety caused me to isolate myself from friends, miss out on career opportunities and lead to a very low self-worth.

"These are all things I hope to help other women within the future.

There are direct links to chronic illnesses and mental health and this is also something that is not widely discussed.

"Endometriosis itself has been linked to anxiety, depression and OCD – mental health issues amplify the severity of pain."

Joe Jonas Kicks Off Holiday Shopping Spree for Over 1,200 Kids