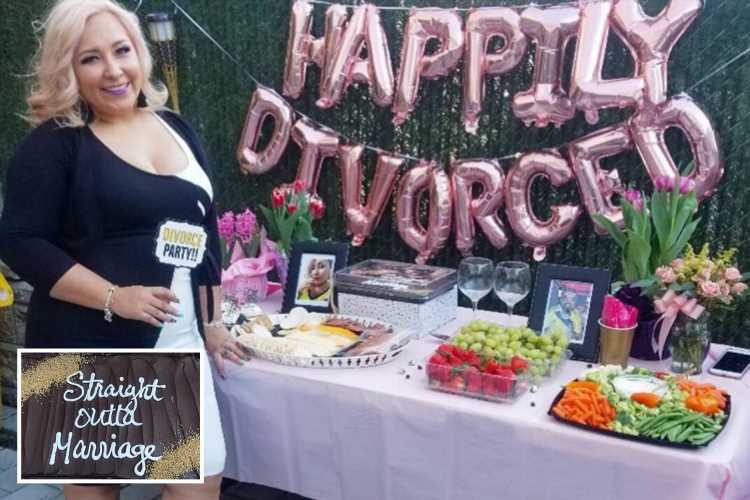 Woman, 34, throws herself luxury divorce party after fighting for split for 15 years

A WOMAN who spent 15 years trying to divorce her husband has thrown a luxury divorce party to celebrate the paperwork finally going through.

Area manager Catherine Navarro, 34, from New Jersey, USA, was just 20 when she married her now ex-husband Marc in 2005, only fully making up her mind just weeks before the big day. 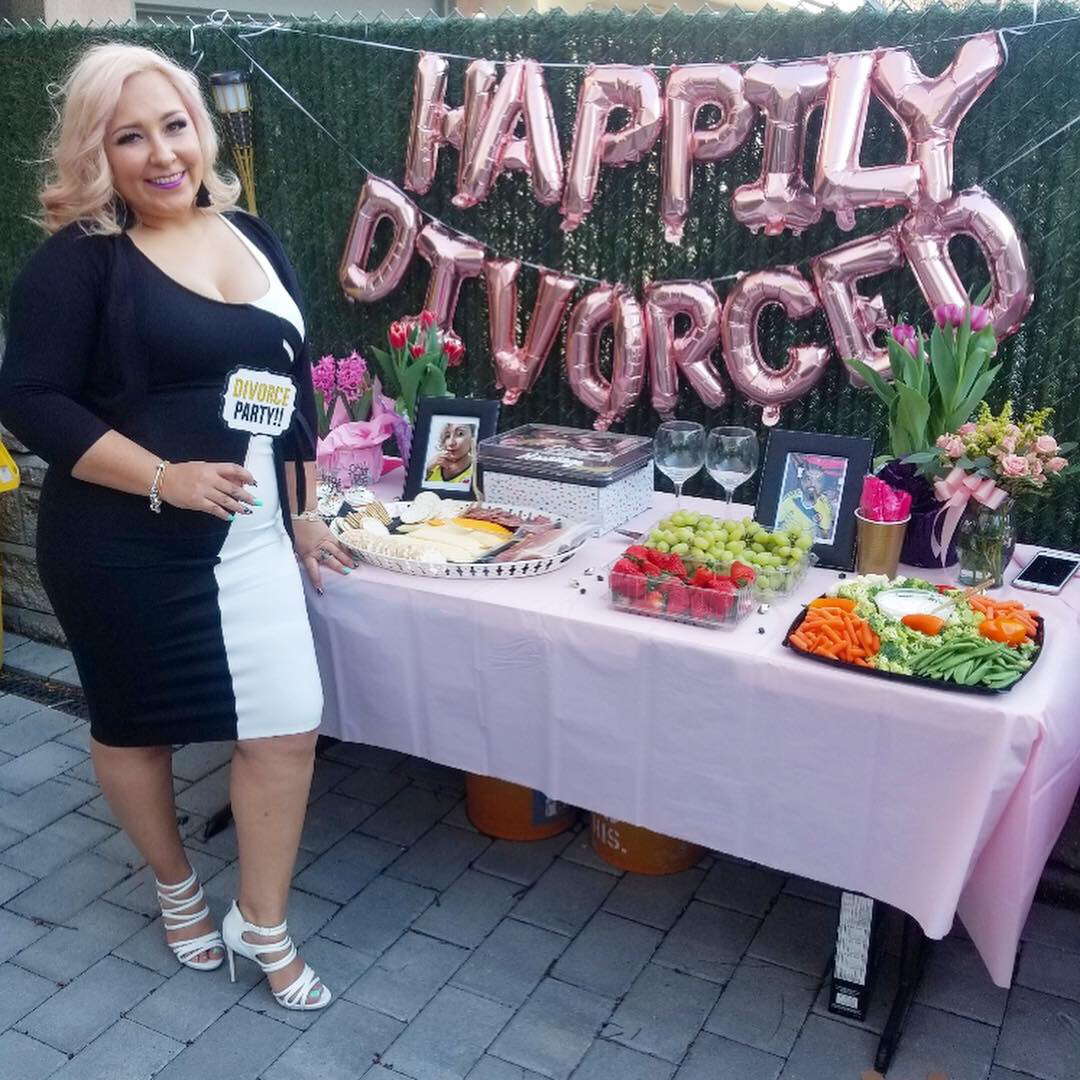 While the relationship started sweetly, it soon became toxic and when Catherine filed for a divorce, Marc disappeared never to contact her again.

The court could only grant her a divorce in his absence if she could proved she had searched high and low for her husband – despite him totally vanishing from her life.

Catherine and Marc had a small, last-minute wedding after the pair jokingly suggested tying the knot while at the reception of her cousin's wedding.

She told the Mail Online: "I thought it was a joke at first – but a few days later he followed up about my dress and flowers. I headed to the shopping centre and bought a stunning wedding dress." 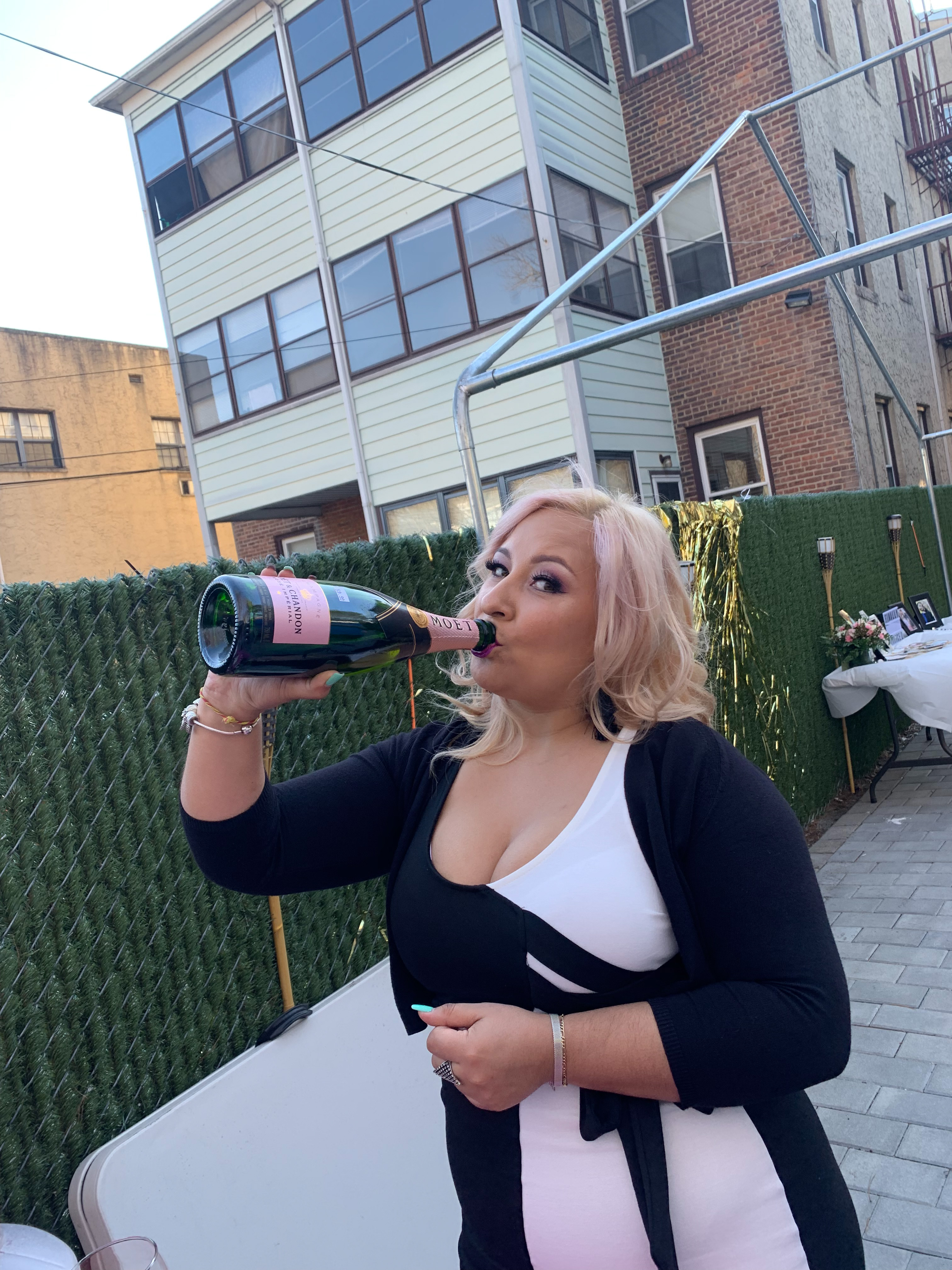 At the City Hall in New York, with witnesses including Catherine's mum and her friends, the wedding party drove back to New York for a family party to celebrate.

"It was an absolutely gorgeous day," she continued. "It was a simple affair but it came together perfectly it such a short time frame."

And while everything seemed to be going well at first, the relationship turned toxic when Catherine realised the relationship was full of secrets, and that she barely knew her husband at all.

Catherine filed for a divorce but Marc refused, and in 2012 he disappeared entirely to be never be seen by her or any of their family and friends again. 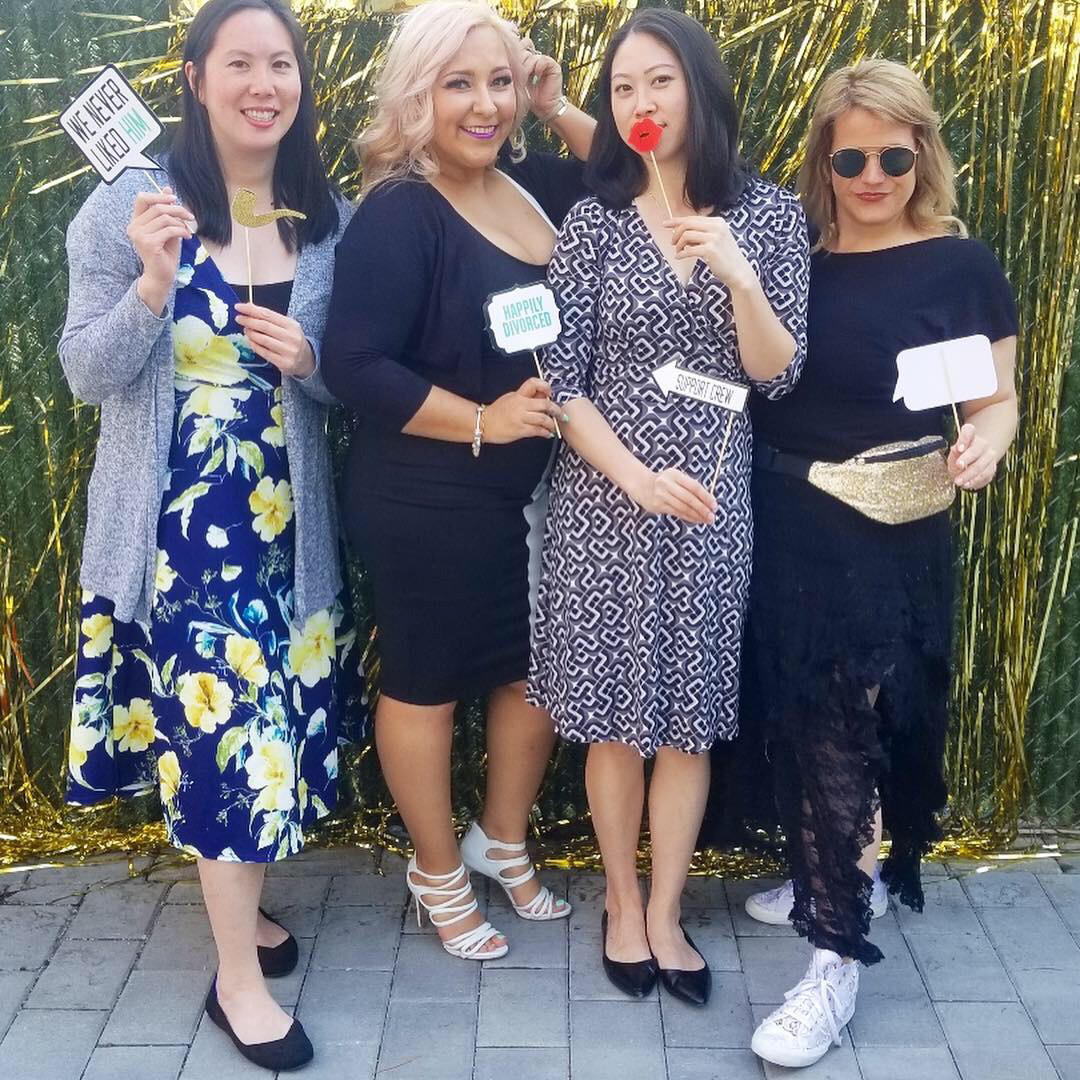 "He vanished off the face of the planet and I didn't hear from him or have any idea where he was," Catherine explained. "I had to prove to the court that I have looked for him everywhere."

It took the 34-year-old years to prove the grounds of their divorce in his absence, and at last in March this year she granted the divorce she had desperately wanted for so long.

To celebrate, she threw herself a 'divorce party' with the help of her friends – a celebration that she had been planning secretly for years as she hoped to escape her loveless marriage.

Around 30 friends came to the party to enjoy cakes, decorated with 'straight out of marriage' and 'boy, bye', as well as pose with balloons with 'happily divorced' written across them. 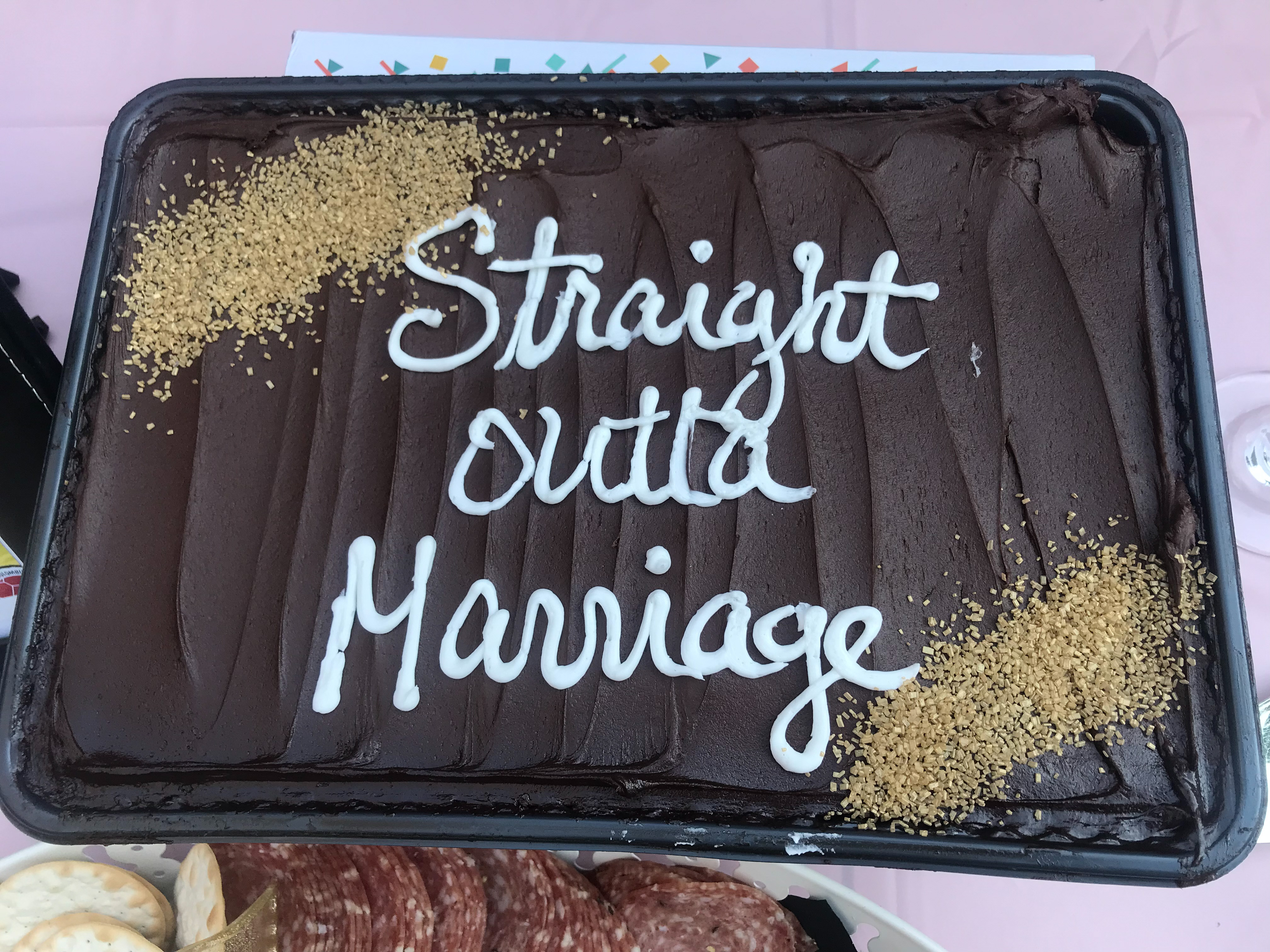 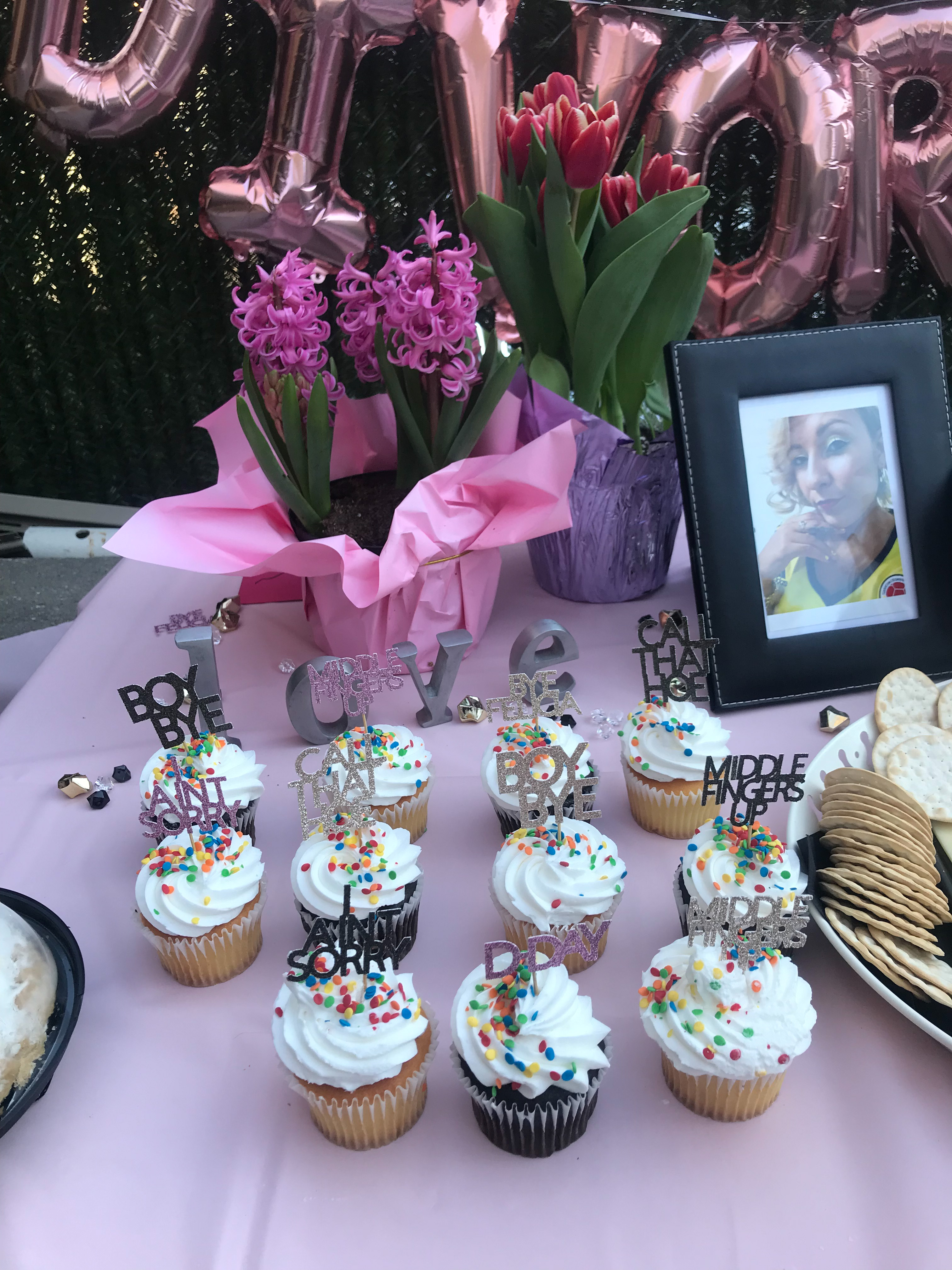 "It had been years in the making but the day I finally got divorced, I decided it was time to celebrate with an incredible party for my new beginning," Catherine said.

The party had lots of props for photos, including a banner which read 'we didn't live him anyway' from her friends, but Catherine spent most of her time 'laughing and dancing the night away'.

And the now single woman had so much fun that she recommends anyone going through a divorce should celebrate with a party when it's all finally over.

"Life's too short to be in a relationship that doesn't make you happy," she concluded. "So don't dwell on the past, instead accept the lessons that every experience provides."

In other news, a relationship expert has revealed the three types of men you should avoid dating.

While this BrideZilla forced her pal to fork out for the cost of her wedding – which she then cancelled.

And these teen YouTubers were slammed for faking their Las Vegas wedding and staging a pregnancy.