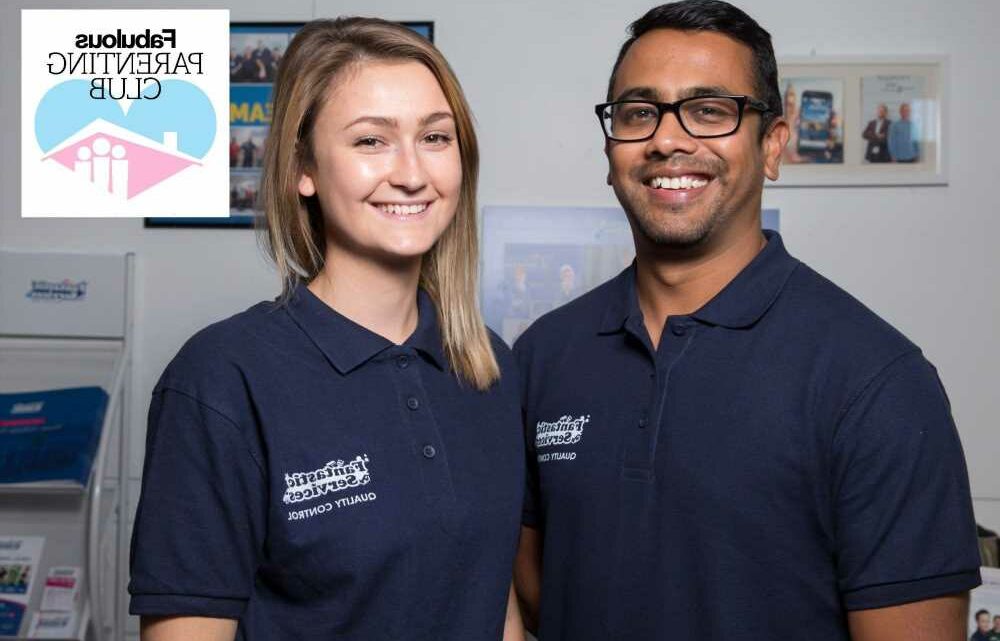 A BALL pit might seem like a great idea when you need it most,but have you ever given much thought to how dirty they really are?

The same goes for that restaurant high chair you so often use while attempting to eat a meal, but it might just be time to give them up. 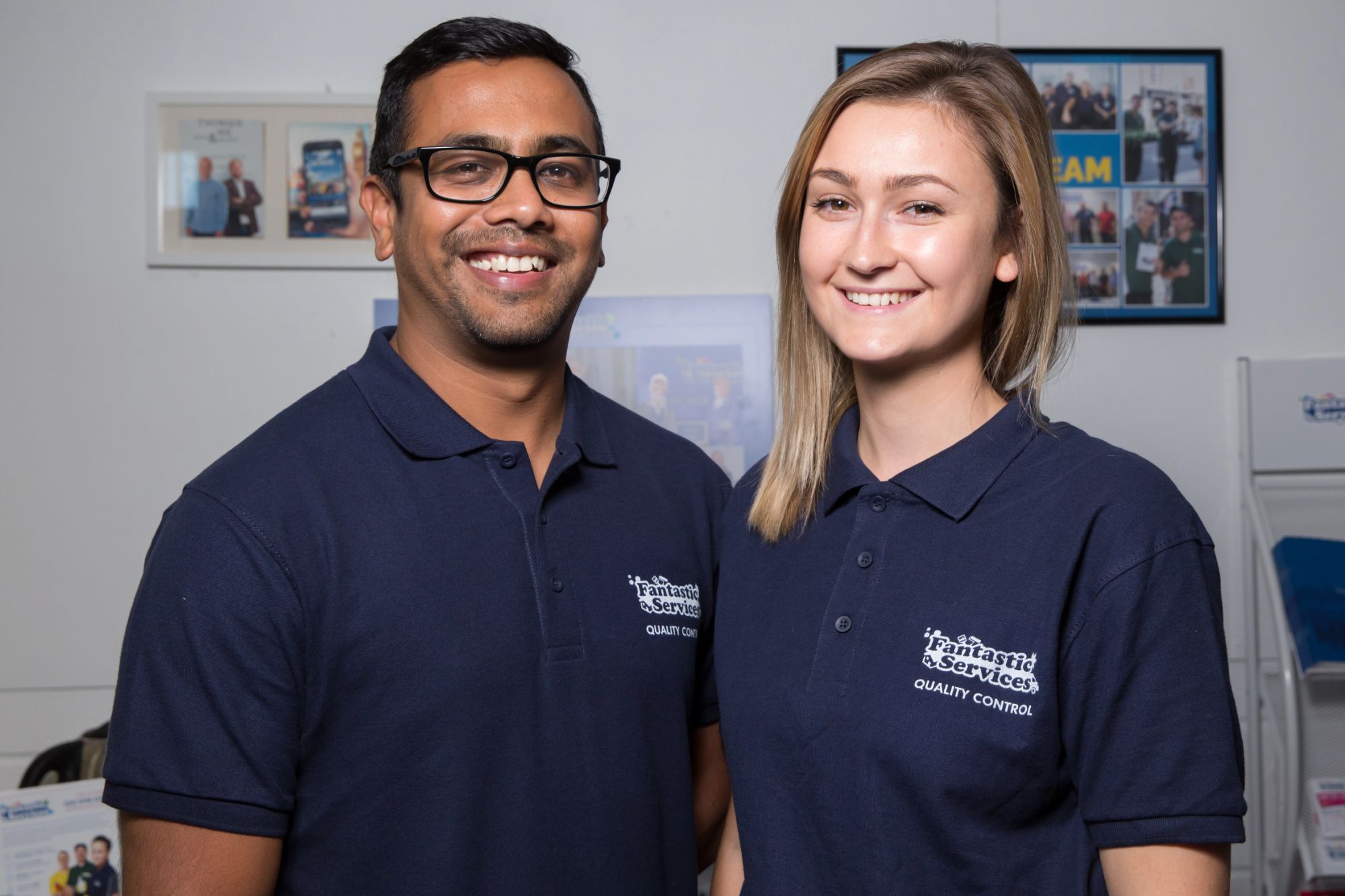 Professional cleaners Lucy and Julian, a couple from Reading, have seen it all when it comes to dirt and grime, so they know how dirty things really are.

Because of this, there are six things they never let their two sons use or play with, and once you know their reasons why you won't either.

The couple, who run a Fantastic Services franchise, tells Fabulous: "Even the best restaurants out there barely clean their high chairs between kids. So, chances are your kid will get in touch with whatever germs the previous one carried. 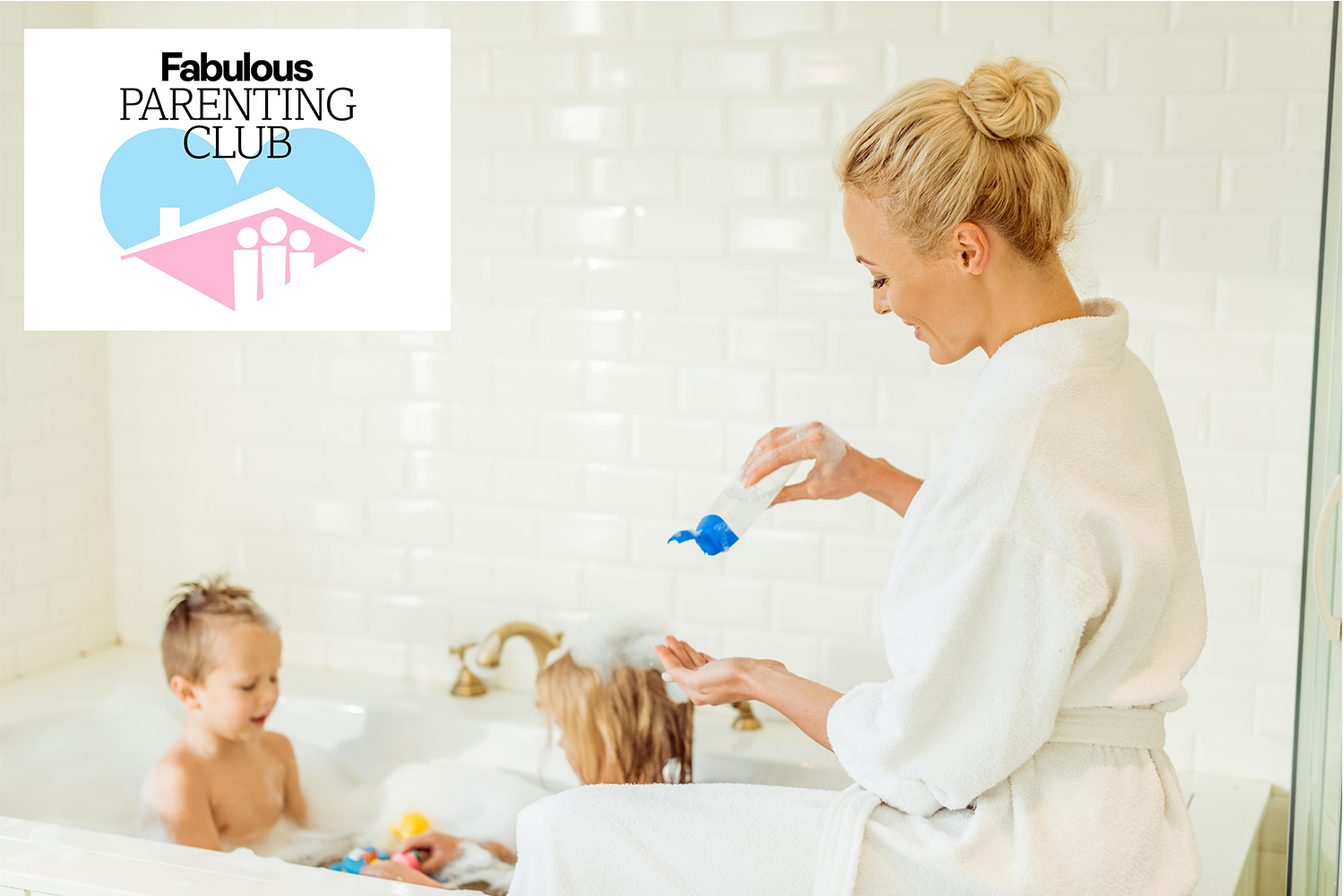 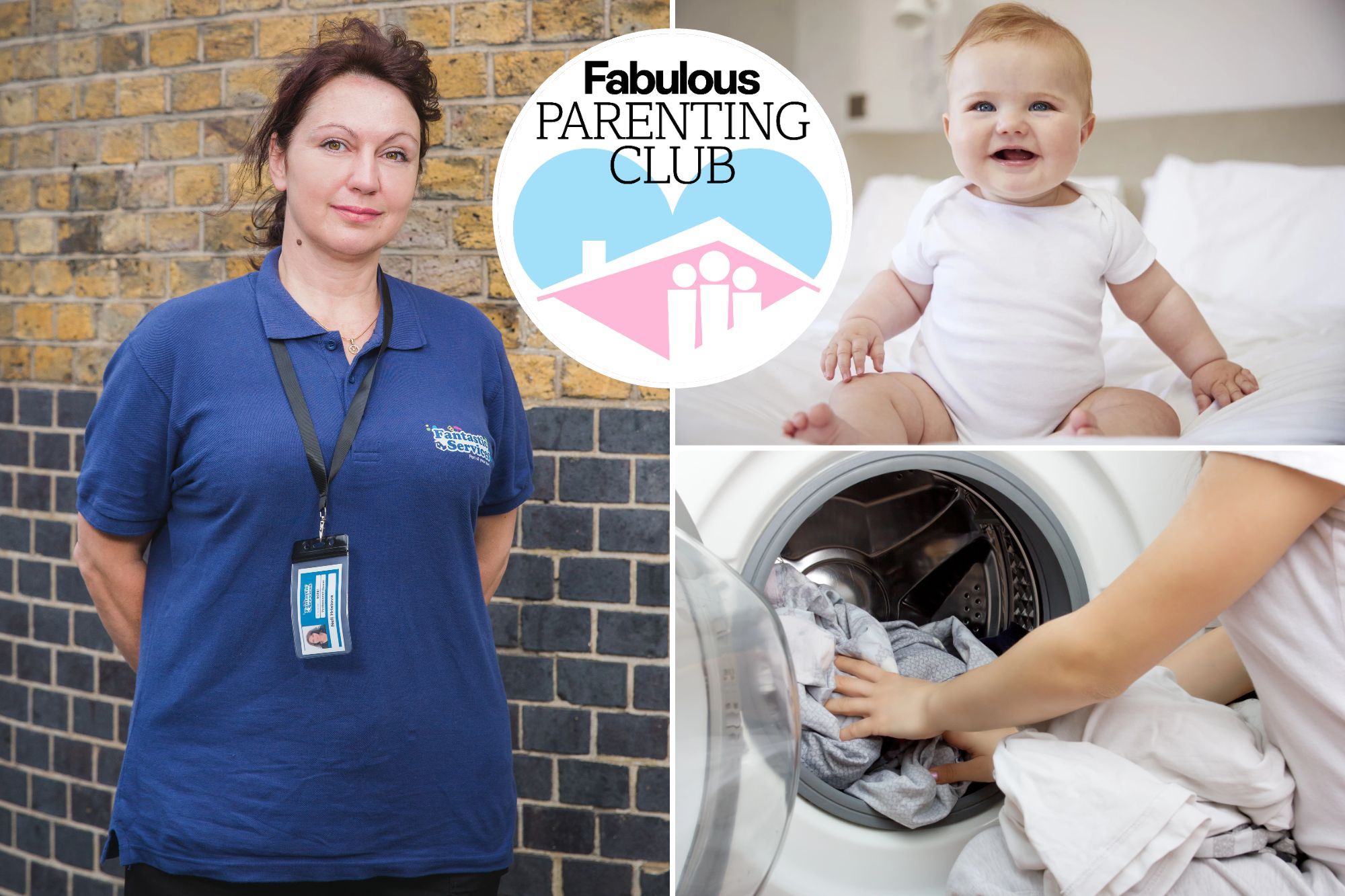 "High chairs, in general, are a nightmare to disinfect. We can wipe clean the tray and the seat, but the bacteria hides inside the nooks and crannies."

A good solution for using high chairs in restaurants is to bring your own cover and place it on the chair beforehand, they say. Or simply disinfect the chair using a wet wipe.

"Some more considerate restaurants leave a spray disinfectant and paper towels next to the high chairs. Make sure to use those," they add.

The couple have sworn off water fountains for good and never let their sons use them.

They say: "Kids involuntarily touch the faucet with their fingers or their mouth while they drink. This passes germs to the next person who drinks. "

Cold and flu viruses thrive on the metal surface for up to five hours, they reveal and say to teach your children to avoid these fountains.

"Our kids bring their own water bottles, and they fill them with water from dispensers either at their school/daycare or at the establishments they attend for their extracurricular activities," they add.

If there is no other choice, parents should teach their kids to never touch the faucet with their mouths or hands, and to let the water run for a few seconds before drinking.

"This will wash away the most harmful germs," they explain.

"The ball pit is probably the worst place you can send your kid to play," the cleaning couple say.

"They seem safe at first sight, but once you think about what happens in there, your stomach can turn."

The couple pointed out that kids with leaky noses and diapers play in there, leaving dangerous bacteria all over the place.

Not to mention the kids that vomit in there out of excitement.

"The worst part is that these ball pits rarely get cleaned, and if they do, it’s not up to the standard you’d like," the couple explain.

"To ensure the place is disinfected, you’d have to wipe each ball separately at the end of the day. As you can imagine, this just doesn’t happen."

"They seem safe at first sight, but once you think about what happens in there, your stomach can turn.

Generally speaking, ball pit maintenance includes some general spraying or vacuuming of the area, and once a week, they remove any damaged balls.

"In the meantime, all the faeces and snot mutate, making the whole place a breeding ground for salmonella, e-coli and rotaviruses," the couple warned.

Despite preferring to avoid ball pits with their kids, some specialists say that these germs are not that bad, the couple pointed out.

"So, unless there’s an issue with a compromised immune system or skin prone to rashes, it’s safe to let your kids play in the ball pit, they say.

"It’s just gross, and I would recommend a bath right after it."

"All the equipment found on playgrounds gets touched by cute but sticky hands that have been washed God knows when," the parents of two say.

"Even recent studies show that playgrounds are dirtier than public toilets. And the only reason for that statistic is that toilets get sanitised more often."

This means that bodily fluids linger on surfaces for days. And things get even more complicated when the playground is outdoors.

The couple explains: "Sandpits where kids play can turn into toilets for birds, cats and all kinds of wildlife during the night.

"And if your child touches or ingests any of this, you risk skin rashes, stomach aches, vomiting and fevers."

Playgrounds are dirtier than public toilets. And the only reason for that statistic is that toilets get sanitised more often.

Despite this, keeping kids away from sandpits is nearly impossible, but there is something you can do.

"Teach your kids from an early age to avoid touching their mouths, noses and eyes while playing there," the professional cleaners say.

"Always keep an alcohol-based disinfectant close by, and wipe all hands right after the playing is over. "

And if you have a playground in your backyard, keep everything covered when you don’t use it.

This way, you will protect it from any germs brought by wildlife.

Even though it’s fun for the kids to ride in them, shopping carts are often handled by people with questionable hand hygiene, the cleaning gurus pointed out.

"The people pushing the carts usually touch things that are not completely sanitary," they add.

For example, raw meat and fish can leave blood residue all over the cart, and if your child ingests that by licking the handle they can become seriously sick.

"So, our advice is to wipe the handles and the entire part of the cart where your child sits before placing them," they tell Fabulous.

"However, keep in mind that these can harbour bacteria for even longer than the cart. So, it’s recommended to wash them regularly."

Things in the paediatrician’s waiting room

The parents say: "We treat everything in the paediatrician’s office as a potential threat. From the seats and tables to the magazines and the games they provide for the kids.

"We're also very concerned about the doctor touching my kids without seeing them wash their hands first. I respect and admire their work, and I just worry that they may be overworked and forget."

They warned that, especially during flu season, it’s important to keep our hands to ourselves in such places.

"To make the doctor’s visits more bearable, we bring our own magazines and toys," they say. 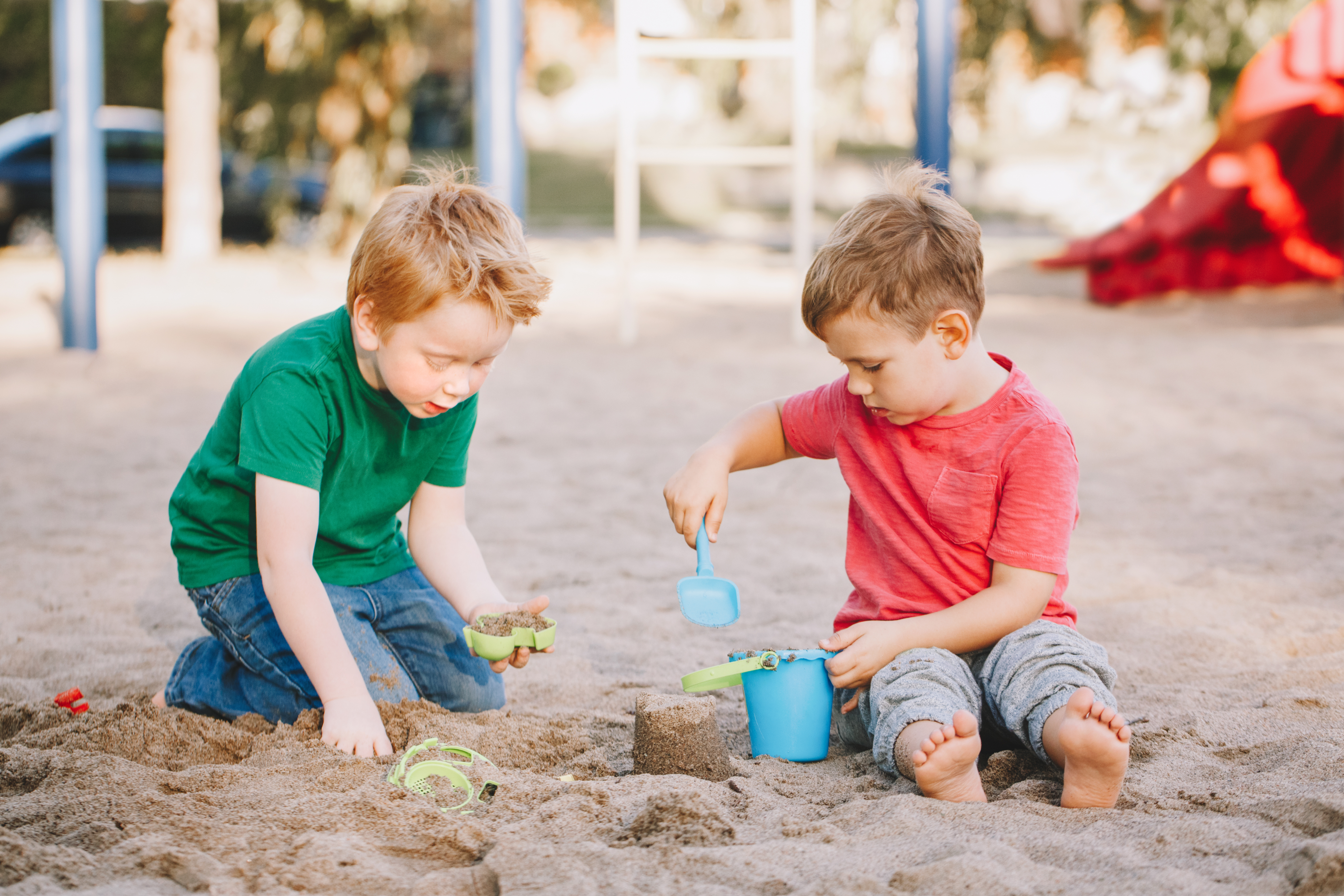 Man Utd vs Real Sociedad bonus offer: Get 50% back as CASH on spread betting net losses up to £500 with Sporting Index | The Sun
World News