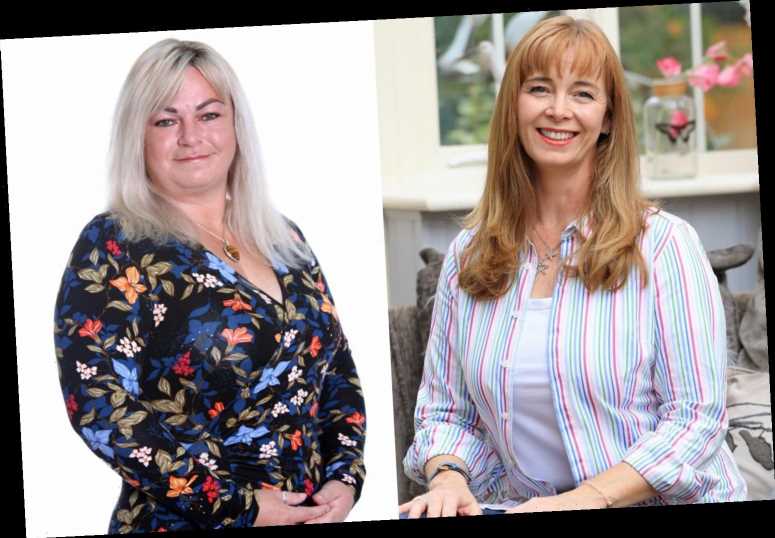 WHEN her chest started to ache and she felt a sharp pain between her shoulders, Amanda Spells assumed it was just heartburn.

The mum of two thought she was otherwise in good health and did not believe it could be serious. 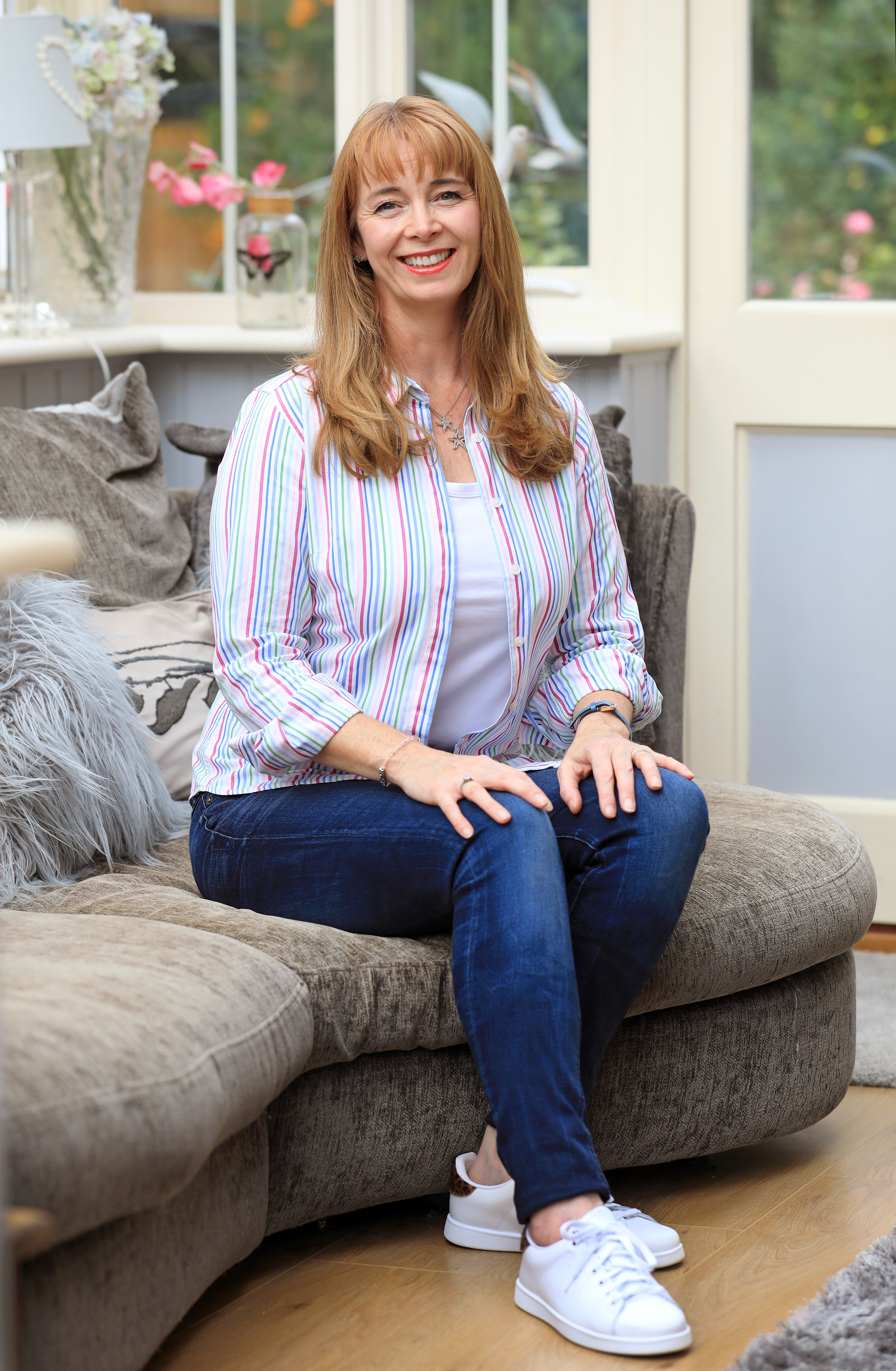 But the pain went on for days and she eventually went to hospital — where medics discovered she had suffered a heart attack.

Looking back on the terrifying time in December 2018, Amanda, 51, says: “I had a lot on my plate. I was stressed. So when I felt a sharp pain in my jawline and neck area and started to feel sick, I assumed it was heartburn.

“But the pain was getting worse. Walking became more of an issue and breathing was harder. My chest was aching and I had a sharp pain between my shoulder blades that wouldn’t go away. But I continued to take heartburn medication.”

After several days, Amanda phoned her local surgery and was advised to get an ambulance to hospital. While the electrocardiogram (ECG) showed nothing untoward, blood tests revealed damage to the heart caused by a heart attack.

'TOO BUSY TO BE ILL'

Amanda — who lives with her husband Nigel, 51, a lawyer, and children Eleanor, 15, and 13-year-old Annabel in Horsham, West Sussex — says: “I couldn’t believe what was happening to me. I was sure it was just indigestion and I didn’t want to make a huge fuss over nothing.”

After being transferred to Royal Sussex County Hospital in Brighton where she suffered another heart attack in A&E, Amanda was diagnosed with spontaneous coronary artery disease (SCAD), caused by a tear in the wall of her coronary artery which supplies blood to the heart.

She says: “Women are very good at keeping going, and we often don’t listen to the signs that we are ill before seeking help. I kept going for five days before realising something was seriously wrong, convincing myself I was just suffering from heartburn — or perhaps a virus.

“I was too busy to be ill. The second heart attack felt as though there was a huge pressure on my chest that didn’t let up. My neck and jaw ached so badly too. Apparently my face went silver in colour and I was struggling to breathe.” 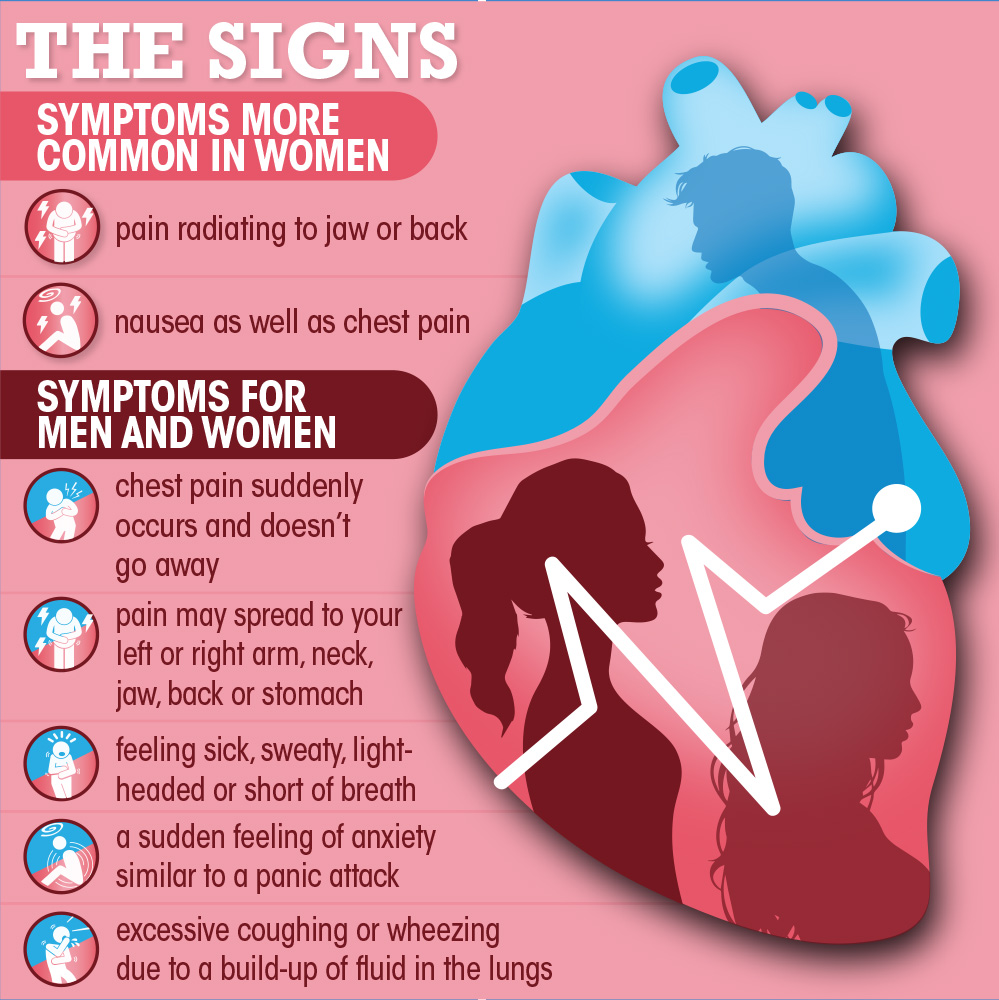 SCAD is a rare type of heart attack that typically affects younger women — they make up 80 per cent of sufferers — who are usually healthy otherwise.

Amanda continues: “At the time, I was 49, slim, fit and healthy and the thought I might be having a heart attack hadn’t crossed my mind.

"My recovery has been much longer than I expected and I still have a lot of chest pains and I do sometimes lie in bed worrying that perhaps I should call an ambulance because the pain is so bad. I take daily medication for the condition, including the beta blocker Nebivolol, and I always carry a nitroglycerin spray with me.”

Experts warn women are dying needlessly because they do not get the same level of care for something wrongly seen as a “man’s disease”. Over a ten-year period a British Heart Foundation survey found more than 8,200 women died needlessly following a heart attack when they could have been saved — had they received the same quality of care as men.

Female heart attack victims typically arrive at hospital later than men and are not seen as quickly. Shockingly, a study found that women have a 50 per cent higher chance of misdiagnosis than men following a heart attack. 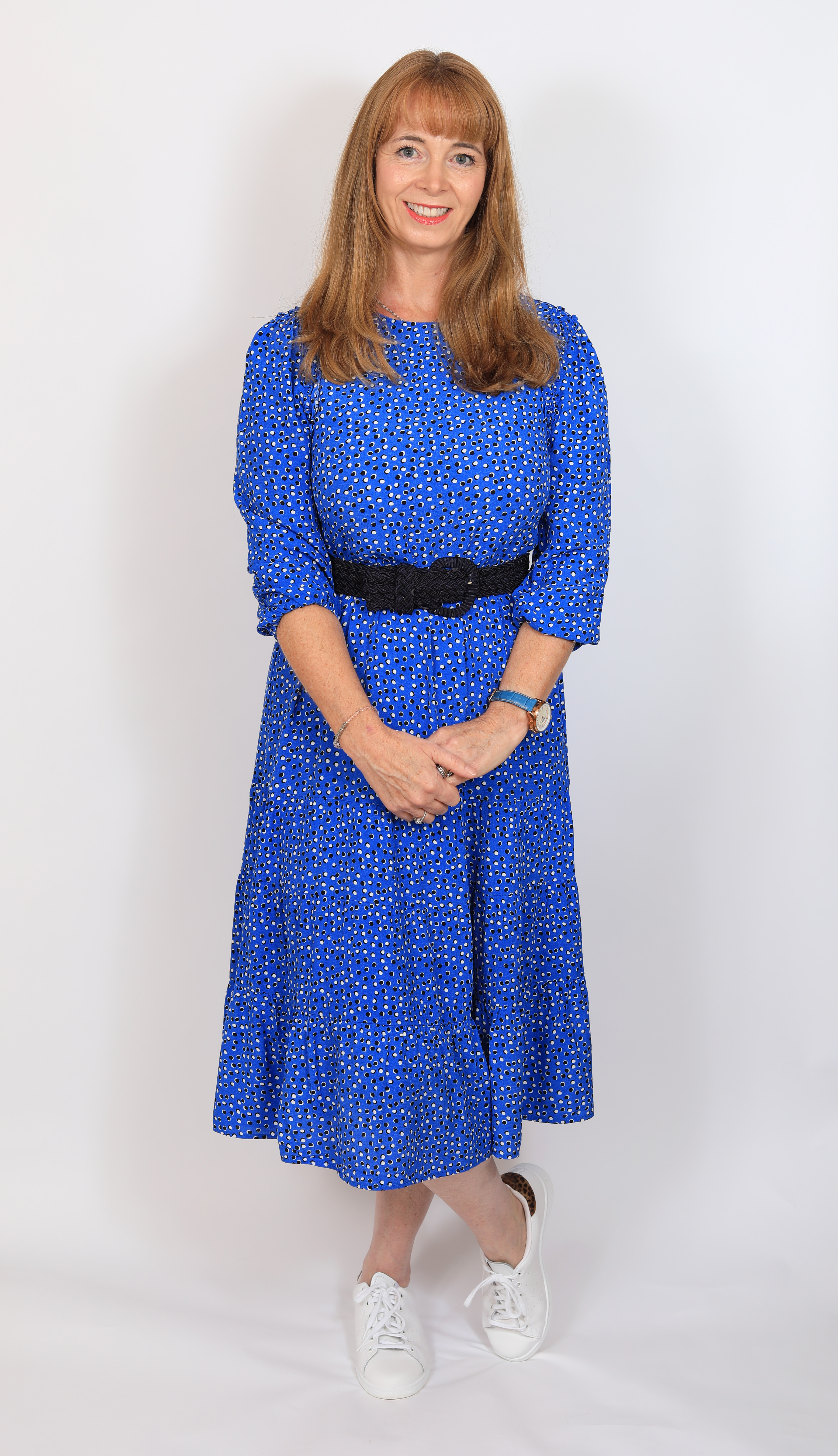 One of the problems is a misunderstanding around the symptoms.
Barbara Kobson, senior cardiac nurse at the BHF, says: “When someone has a heart attack, every second counts. The sooner people recognise their symptoms and call 999, the better their chance of recovery. Contrary to what many believe, women who have heart attacks experience the same key symptoms as men.

“While chest pain is the most common symptom of a heart attack for men and women, more women than men report feeling pain radiating to their jaw or back, and they’re more likely to experience nausea in addition to chest pain.

“Wrongly assuming women have different symptoms to men can lead to misdiagnosis, with many dismissed as panic attacks. This leads to delays in treatment and a lack of medical care, which can have tragic consequences.”

Lisa Matthews was just 41 years old when she had a heart attack, in March this year. The mum-of-two, who is engaged to flooring specialist Chris Moore, 55, woke up feeling unwell but with a busy day ahead, ignored it. 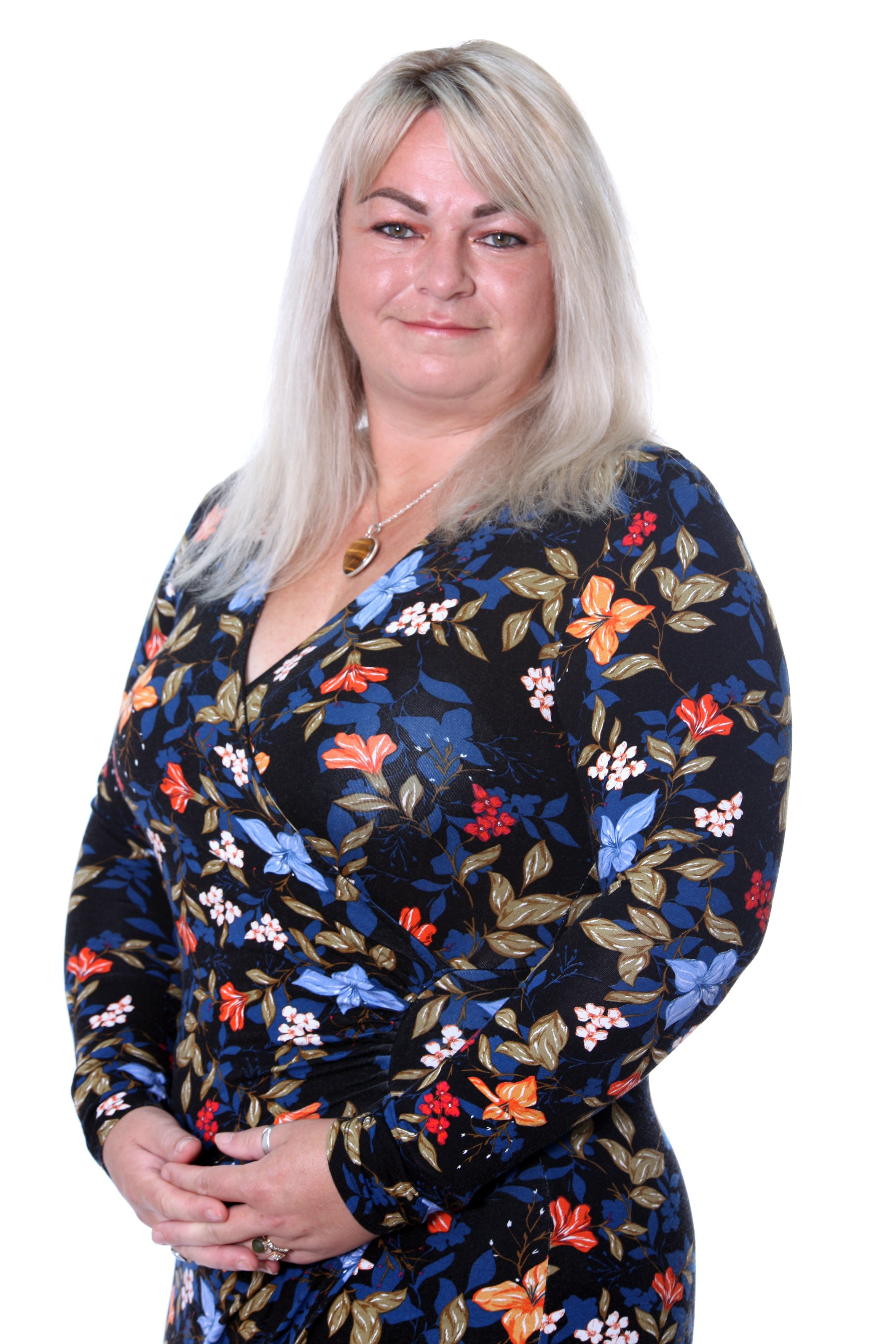 Lisa, from Helston, Cornwall, says: “I felt short of breath and dizzy and had a slight pain in my chest. I tried to ignore it and went about my day.” But once her daughter Paige, 19, and son Ryan, 21, had left for college and work, Lisa had to sit down.

She says: “I felt so clammy and was struggling to breathe. Although I was feeling really rough, I went outside to have a cigarette and instantly knew something terrible had happened. My chest hurt so much and my vision was blurring. I was dizzy and incredibly scared. I staggered inside and rang NHS 111 for advice.”

The operator told Lisa they needed to send an ambulance immediately, but not wanting to “make a fuss” Lisa agreed instead to let them call her GP surgery for an emergency appointment.

“The doctor did an ECG and told me he thought I was having a heart attack and rang an ambulance which took me straight to hospital. I couldn’t believe what I was hearing. I was terrified I was going to die.”

'WORRY ABOUT THE FUTURE'

A series of tests, including a CT scan, showed that one of Lisa’s main arteries was blocked by 50 per cent. Lisa’s heart attack was caused by undiagnosed coronary heart disease.

She had no idea that female smokers are twice as likely to have a heart attack as males. Barbara from BHF says smoking is just one condition which puts women at greater risk than men.

Having high blood pressure or type 2 diabetes also ups females’ risk by 80 and 50 per cent respectively, compared to men Lisa, who is studying psychology and counselling, says: “That day, I gave up smoking. It’s been incredibly hard to get my head around the fact I’ve had a heart attack at 41.”

She is also on a cocktail of medication and has made some other tweaks to her lifestyle, including eating more healthily and doing more exercise.

Lisa says: “I know that a diagnosis of coronary heart disease is something to be taken seriously. I do worry about the future because as I’ve already had one attack and I know I’m at risk of another.”

Amanda is also petrified she might have another heart attack. She says: “I’ve always been somebody who loved my own company, but since my heart attack, I’m fearful of being alone.

“I have to wear a medical necklace, because if I have another attack it might not be obvious that I’m having one, because my heart attacks don’t show on an ECG.

“The charity BeatScad UK has been a godsend. It has an active Facebook group which enabled me to contact other people in the same situation, meaning I’ve been able to get support and reassurance.

“I try to remain as positive as I can. I’m aware stress brought me here, and could take me back again if I let it.”

10 tips for a top ticker

A FEW lifestyle changes can dramatically reduce your risk of a heart attack. And if you are aged 40 to 74, you are entitled to a free NHS health check.

Horoscope: Horoscopes for the week ahead – what’s in store for your star sign?