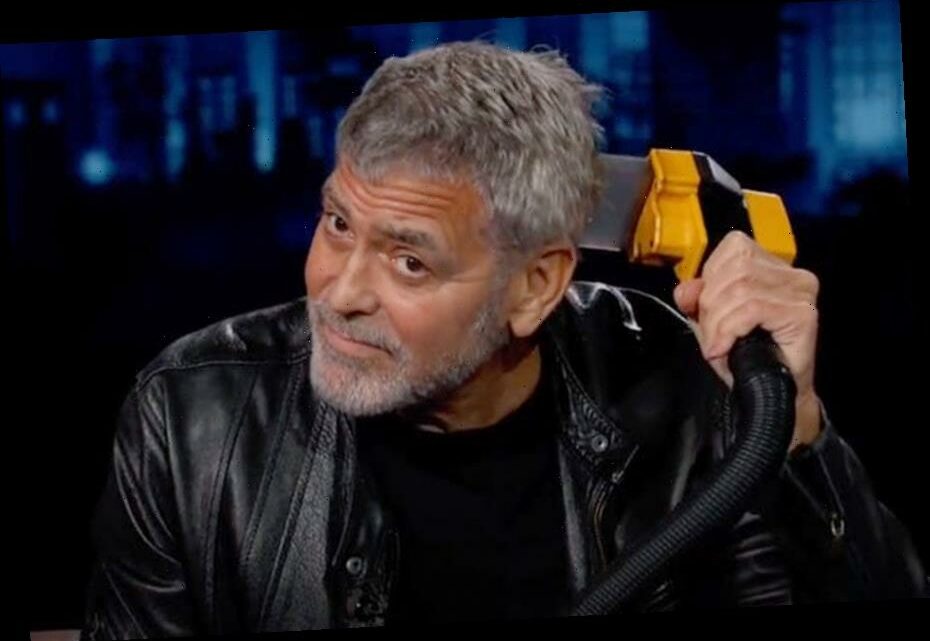 George Clooney just proved he can give himself a haircut in any situation — even during a live TV appearance.

The Midnight Sky actor, who was named one of PEOPLE's 2020 People of the Year, recently revealed that he's been cutting his hair with the 1980s Flowbee device "for 25 years." So during an appearance on Jimmy Kimmel Live!, host Jimmy Kimmel pulled out a Flowbee so Clooney, 59, could put his buzzcut skills to the test.

"You turn the vacuum on. You turn the buzzer on. You go to town, like this on your hair," Clooney said as he started to drag the Flowbee from his temple to the back of his head.

Kimmel, 53, attempted to keep up with Clooney and trim his own hair with another Flowbee at the same time. "You do it that fast?" he asked.

RELATED: George Clooney Reveals He's Been Cutting His Hair for Years Thanks to the 1980s Flowbee Device

"Can't hear ya, I'm Flowbeeing!" Clooney yelled back to the comedian.

The actor told Kimmel that in the '80s, he originally had his assistant purchase a Flowbee for him off of TV, but then it broke down and "you couldn't get them for a while."

"People who have assistants shouldn't be Flowbeeing their hair!" Kimmel laughed. Clooney quipped, "Well, I got her to Flowbee my hair for me. I don't do it myself, my god. That's cheap!"

Watch the full episode of People of the Year: George Clooney streaming now on PeopleTV.com, or download the PeopleTV app on your favorite device.

Clooney doesn't reserve his hairstyling skills for only himself. He admits he's taken on the role of the family hairdresser (along with plenty of other household duties) while he and wife Amal Clooney, 42, and 3-year-old twins, Ella and Alexander hunker down at home. “I mop, vacuum, do laundry and cut hair,” the actor told PEOPLE for his People of the Year cover story on newsstands now. And he wouldn't trade it for anything. "In marriage, and now with the kids, you give away the selfishness of only looking out for yourself,” Clooney said. “It’s a wonderful thing. Amal and I talk about it every day. … We feel so lucky."

Selena: The Series cast – who stars in the Netflix show?
World News