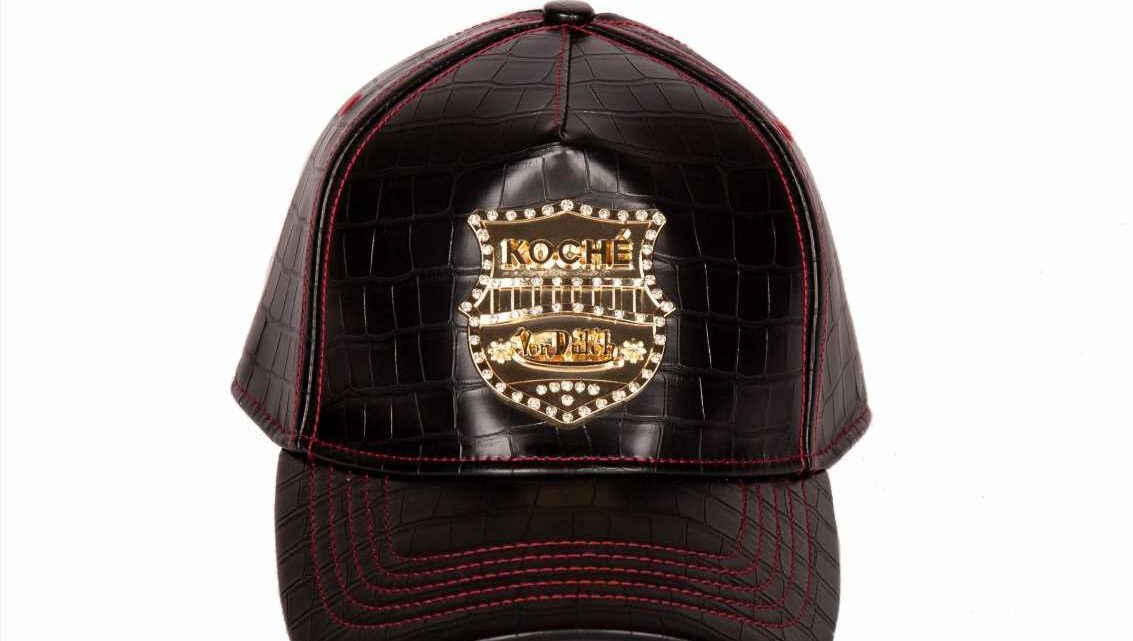 Von Dutch, in the midst of an upscaling drive, has tapped Christelle Kocher to create a capsule collection featuring its best-known pieces. Teased in Koché’s fall show in March, the high-end line of caps, bowling bags and T-shirts will land in August.

Kocher put her stamp on the brand’s designs — adding embroideries, feathers and crystals on materials like embossed velvet and leather, for example. “I wanted to bring my savoir-faire and craftsmanship expertise with more couture-like pieces,” Kocher told WWD. “We’ve combined all our codes. I think the end product is quite understated and sums up our two universes well.”

“It’s an iconic brand, made famous by all the celebrities like Britney Spears, Paris Hilton and Justin Timberlake. It’s part of the popular culture of a generation,” said Christelle Kocher, who herself owned a pink Von Dutch cap when the label was at its height.

The partnership came about based on a chance encounter between Von Dutch’s Paris-based creative director, industry veteran Earl Pickens, and the Koché designer, as Von Dutch started thinking about teaming with European designers as part of its move upmarket. Pickens had been an admirer of Kocher’s work for some time, but the pair had never met, and it was at a Drake concert in Paris that the two got talking. “We wanted to have something a little bit more runway, a little bit more chic,” said Pickens over Zoom. “Christelle was quite thrilled with the idea.”

All the Looks at the 2021 Cannes Film Festival

Von Dutch was bought by French footwear firm Groupe Royer in 2009. It was relaunched as a luxury label last September, with premium denim items for men and women selling for $500. Down jackets dropped in December, and high-end editions of the label’s bowling bags are set to hit the market soon.

In terms of the brand’s repositioning, “Virgil [Abloh] is more or less the benchmark,” Pickens said, also citing labels like Supreme and Chrome Hearts among those whose success he would like to emulate with Von Dutch.

So far, the new concept has been well received, he said. “We’ve been growing almost every month.” The company plans to focus mainly on its online store, with extremely limited physical distribution, he said, aside from the brand’s L.A. flagship, which has now reopened subsequent to significant damage during the Black Lives Matter protests last summer.

It’s the first time Von Dutch has teamed with a high-end European designer, but Pickens sees more projects in the pipeline. “We’ll do a few collaborations, but we have to continue to work on our image and the brand,” he said. On his bucket list of potential tie-ups, he cites John Galliano and Marine Serre, naming two designers whose work he admires. “It’s the younger ones I’m looking at right now; I just love that new energy that’s happening today,” he added.

‘The Wheel Of Time’, ‘I Know What You Did Last Summer’ Set For Amazon & IMDb TV [email protected] Presentation
World News