Vanessa Williams has still got it. The ageless actress suited up in a white bikini that highlighted her abs in a new photo that, quite frankly, speaks for itself.

To say that Vanessa Williams looks good for her age would be an understatement. The 58-year-old actress had her fans in awe over her incredible physique when she posted a bikini snapshot to her Instagram on Tuesday, July 27. Vanessa’s abs were on full display in the photo, which saw the star closely looking to the side at the beach while soaking up the sun in her white two-piece bikini. “Are we doing bikini shots in our early 50s? Ok,” Vanessa confidently captioned her snapshot.

So what’s Vanessa’s secret? Clean eating is one, according to an interview the star did with ABC News in 2014. “If I wanted to drop a few pounds for any kind of event or red carpet, you cut out alcohol, you cut out sugar, you cut out carbs,” she told the news outlet. The former Desperate Housewives star also emphasized the importance of “staying active” to remain healthy and happy. “I try to do something everyday, whether it’s taking a class or jumping on the treadmill,” Vanessa explained. “Also, yoga, just trying to keep moving for sure,” she added. 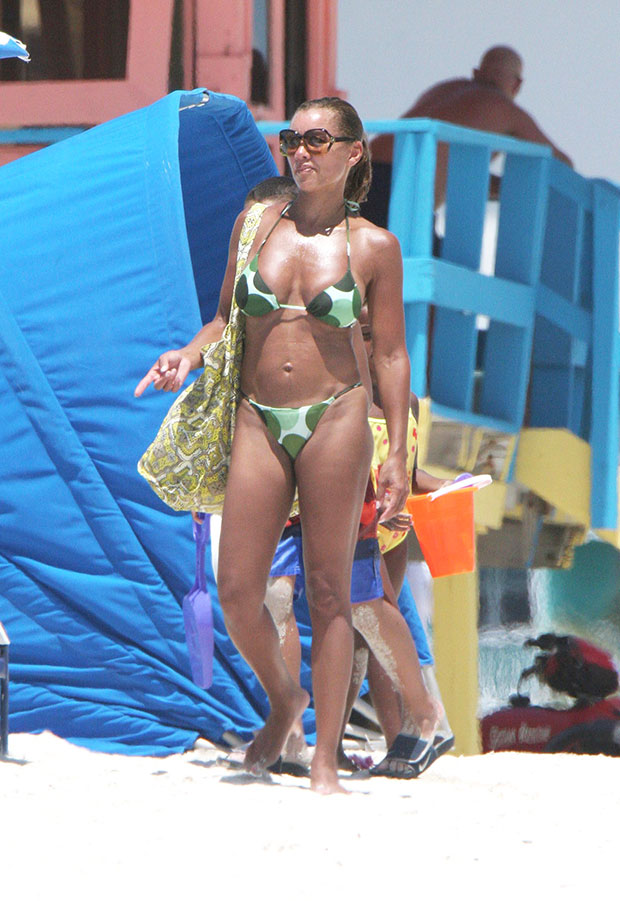 Vanessa’s physique is even more impressive considering she’s given birth four times. The star shares daughters Melanie Hervey, 34, and Jillian Hervey, 32, and son Devin Hervey, 28, with her first husband, Ramon Hervey. The couple married in 1987 but split in 1997, which led to her marrying NBA star Rick Fox in 1999. With Rick, Vanessa has one daughter, 21-year-old Sasha Gabrielle Fox. Vanessa and Rick divorced in 2004, and in 2015 she got married for a third time to businessman Jim Skrip. They’ve been together ever since, and given how amazing Vanessa looks, we can bet that things are going pretty well in life for the actress.

Has Abigail Heringer Dated Anyone Else From Bachelor Nation?