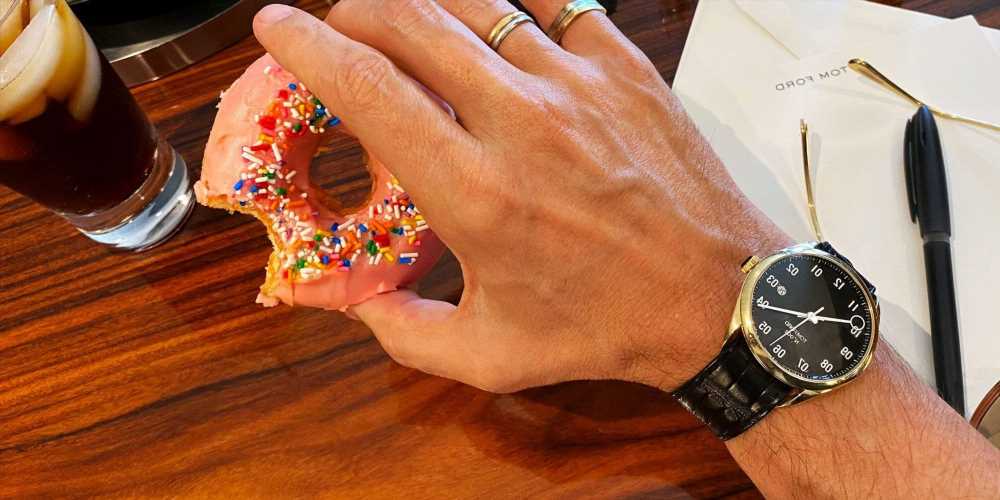 I've never met a doughnut I didn't like. I eat at least three per day. In fact, I count doughnuts as an actual food group. If I even see one, I have to eat it. I just can't help myself. Friends often ask me how I have stayed the same weight since I was in my late 20s. I'm convinced that it's the doughnut diet plan.

One of the best childhood memories I have is of a Sunday morning ritual with my father. We'd drive very early in the day, often while the sun was coming up, to a little shop that only sold warm homemade doughnuts from 6 a.m. until 10 a.m. We would buy a dozen and take them home to my mother and sister, who were often still asleep. Of course, by the time we arrived, three of the doughnuts would be missing. This continued from as early as I can remember until I was about 13 and began sleeping all morning, as teenagers do. Doughnuts bring back childhood memories, and that may be part of the appeal for me. They are happy. It is hard to imagine that anything in the world is not right when I have a doughnut in my hand. They relieve stress, stop headaches, provide energy, and are, as far as I'm concerned, the best antidepressant on the market.

I'm a basic doughnut guy. I prefer simple doughnuts that are not too tortured with breakfast cereal sprinkled on them or, God forbid, bacon. Who even thought of that? It goes against the sacred laws of the doughnut! I have been vegan for several years now, but I allow myself a bit of slack when it comes to doughnuts. Vegan ones simply don't cut it for me. I have often spoken of my love of Hostess Donettes. While I prefer a large and more classic bakery doughnut, I love the fact that I can carry a six-pack of Donettes in my pocket. One never knows when a doughnut emergency might occur.

Ford's book Tom Ford 002 will be available this fall from Rizzoli New York.

For more stories like this, pick up the September 2021 issue of InStyle, available on newsstands, on Amazon, and for digital download Aug. 13th.

Eamonn Holmes hits out at Sarah Ferguson over ITV show ‘snub’: ‘Everyone but us’