Home » Fashion » The ‘Winter Friday’ Off Is Now a Thing 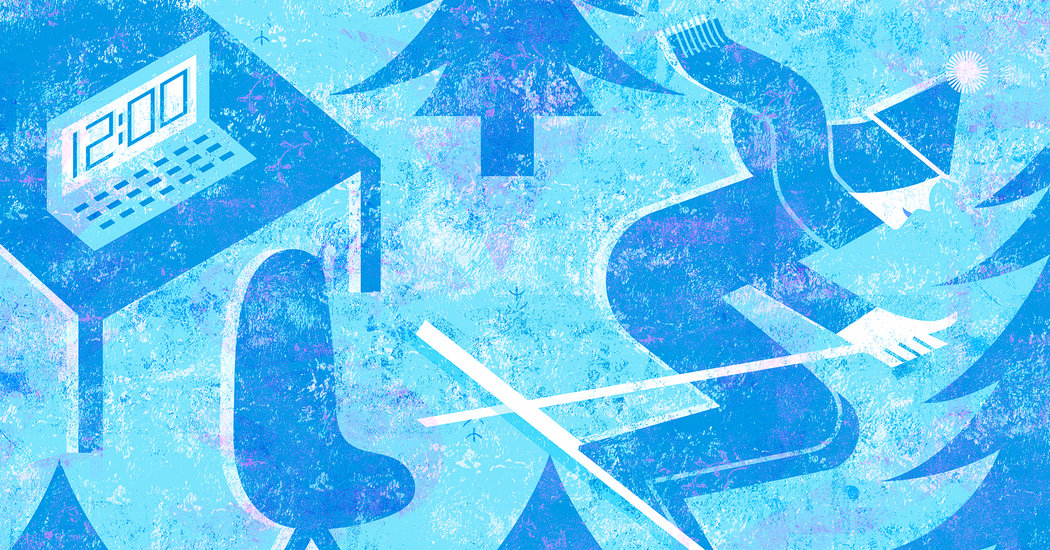 The ‘Winter Friday’ Off Is Now a Thing

Every Friday in the winter, if her clients don't have any pressing needs, Anne Sholley gets to leave work after lunch.

While her friends are still slaving away in their offices, sometimes in the dark or during snowstorms, Ms. Sholley, the program director for Highview Creations, a company in New York that designs and installs green roofs, swims laps at the Metropolitan Recreation Center in Williamsburg or practices yoga at Shala Yoga House in Fort Greene. Sometimes she is in her car getting a head start for a ski weekend at Sugarbush Resort in Vermont or a relaxing getaway in the Catskills.

In the last few years Summer Fridays have become common in certain sectors of the white-collar work force, like publishing and public relations, with professionals scurrying off from work early to get in a long weekend of sun and heat.

Now others are doing the same in colder months.

Highview Creations gives Friday afternoons off in winter in part because the company can’t afford to in the summer. “Summer is the most intensive time for landscape design, and we are putting in 50 to 60 hours of work a week,” Ms. Sholley, 30, said. Employees can only hibernate when their plants do.

But other institutions are following suit to keep up morale in the most gloomy months, or, in the case of some Jewish nonprofits, for example, to honor religious practices. Because Shabbat starts at sunset, many observant employees need to get home by 3 or 4 p.m. in the winter. While it’s a fun policy for non-Jews, it can also be kind of confusing. The Jewish Museum, for example, changes its Friday work hours every week by 15 minutes, based on when the sun sets.

At least one school is also experimenting with a shortened schedule.

Six Fridays every winter, Kristin Koehler’s 12-year-old son, Christopher, gets to leave his classroom at Robert C. Parker School in North Greenbush, N.Y., and head to Jiminy Peak, a nearby mountain resort. He and his classmates take an hourlong ski lesson and then get free time with their friends. Those who don’t want to ski can choose ice skating, swimming or cross-country lessons at nearby facilities.

“It gives them a chance to take a risk and try something new,” Ms. Koehler said.

The school planned the program, officially called Winter Fridays, to get kids outside during the darkest part of the year.

“It’s dark and it’s cold, so we have this little lift,” said Laura Graceffa, the head of school at Robert C. Parker. “It lightens things up for our students and teachers.”

The school invites parents along. “We give them an excuse to do something outside,” Ms. Graceffa said. “They get to tell their boss, ‘I need to go chaperone my kid at school.’”

Parents working at certain companies across America wouldn’t even need special permission to take time off; these firms have adopted a four-day workweek regardless of the season. Why discriminate against winter? Also, are we not now working 24/7, with our constant refreshing of company email on iPhones and unpaid laboring over social-media content?

Every other Friday, during the entire year, the World Wildlife Fund’s office in Washington, D.C., has what it calls Panda Fridays: 26 in total. The practice helps the company lessen its carbon footprint by reducing heat, electricity, utilities and vehicle emissions from commutes. It also encourages employees to achieve a greater work-life balance, another company mission.

Scientific studies conducted in recent years conclude that a four-day week helped employees be more productive and happy at work.

Sarah Fogel Berger, the World Wildlife Fund’s deputy director of media relations and external affairs, calls them her “saving grace,” as someone who also has a child. She spends most of her Panda Fridays paying bills, going to the grocery store, going to the doctor and having lunch with her mother. “I booked our family’s summer beach house last Panda Friday,” she said.

You might think Ms. Sholley would be envious of such an arrangement, but she’s philosophical about her seasonal perk.

“Sometimes I do wish I had Summer Fridays, because I tend to go to Cape Cod where my family is from and nothing is worse than summer traffic,” she said. “But now everyone has Summer Fridays and is on the road at 2 p.m., so it’s getting canceled out. The traffic on Winter Fridays trends to be much lighter.”

Dutch liability for Srebrenica massacre should be overturned: court advisor