The ‘Kick in the Pants’ That Kept Their Relationship Going

Joshua Corey Kappel said he had no choice but to issue an ultimatum in October 2015 to Samantha Marie Presnal, who was dating another man at that time.

“She had just started dating this guy a few months earlier, and though we both knew that what we had was stronger, she just wasn’t willing to let him go,” said Mr. Kappel, 32, the chief strategy officer of Newrez, a mortgage lender in New York.

“I told her that we were not going to see each other again until she broke up with him,” said Mr. Kappel, who graduated from the University of Michigan, from which he also received a master’s degree in accounting.

Ms. Presnal, a fellow and visiting instructor in French at Amherst College in Massachusetts, said that the relationship Mr. Kappel was alluding to “had fizzled out,” long before the ultimatum was issued.

“But then I thought about Joshua’s feelings,” she said, “and I realized that he gave me the kick in the pants that I really needed in order to move on with my life.”

By that she meant moving on with Mr. Kappel, who entered her world in August 2015 at a Manhattan bar, where Ms. Presnal was in the company of her mother, Diane Presnal, a seventh-grade math teacher in Chicopee, Mass.

“My mom had traveled to Manhattan to celebrate the birthday of a family friend,” Ms. Presnal said.

But that party ended way too early, so mother and daughter decided to visit one of Ms. Presnal’s favorite haunts, a bar in Lower Manhattan.

They were already at the bar when Mr. Kappel walked in with a friend and immediately locked eyes with Ms. Presnal from across the room.

He needed a strategy. “I decided to talk to her mom first, and to try and win her over to the point where she wanted to introduce me to her daughter, he said. “In the meantime, it was my friend’s job to keep Samantha busy.”

They waited until “both of their drinks were running low,” as Mr. Kappel put it, before swooping in and offering both women another round. 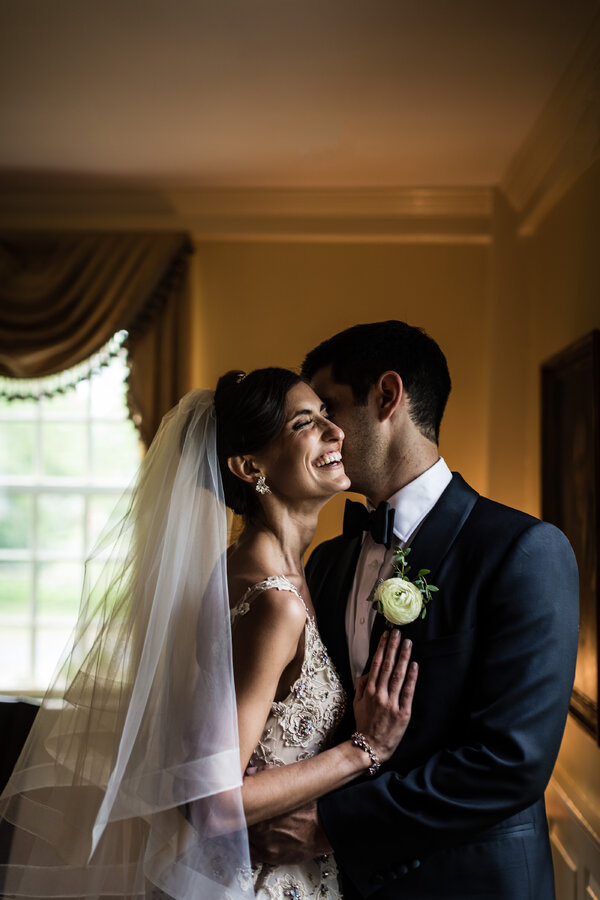 The offer was accepted and the plan worked for everyone, except Ms. Presnal.

“Joshua’s friend was a little socially awkward,” she said, “so while my mom was having a ball talking to this other guy, I was struggling just to keep up some kind of conversation.”

Eventually Ms. Presnal and Mr. Kappel began a conversation. It almost ended with that ultimatum, but they kept on talking, and by November 2015 they were dating steadily and very much in love.

“I love her smile, her beauty, her energy, her passion and her storytelling ability,” Mr. Kappel said. “I love everything there is to love about her.”

Ms. Presnal was feeling much the same. “He’s so handsome, so funny and yet so mature,” she said. “With a man like him, who wears his heart on his sleeve in a very endearing way, there is no chance he would ever play any kind of relationship games.”

Their fondness for each other deepened during the first few years of their relationship “in spite, or perhaps because of, several absences,” said Ms. Presnal, who spent three months as a researcher in residence at the École normale supérieure and another six months on a Fulbright fellowship in France.

Mr. Kappel visited her often, and when Ms. Presnal returned to New York in the winter of 2018, they moved into an apartment together in Manhattan’s Flatiron neighborhood.

The following year, they got engaged on the French island of Guadeloupe.

They were married May 22 at Winvian Farm in Morris, Conn., before David Smith, a justice of the peace, and 150 guests.

The couple had planned to be married at the same location on Sept. 22, 2020 but the coronavirus forced a change of date, and the elimination of 20 guests.

“When I look at Samantha, I see a person who is pure authenticity,” the groom said after the wedding. “What I see is real, and it’s an extremely beautiful sight.”

When is the Epsom Derby 2021? Dates, race schedule and odds for the Cazoo Festival