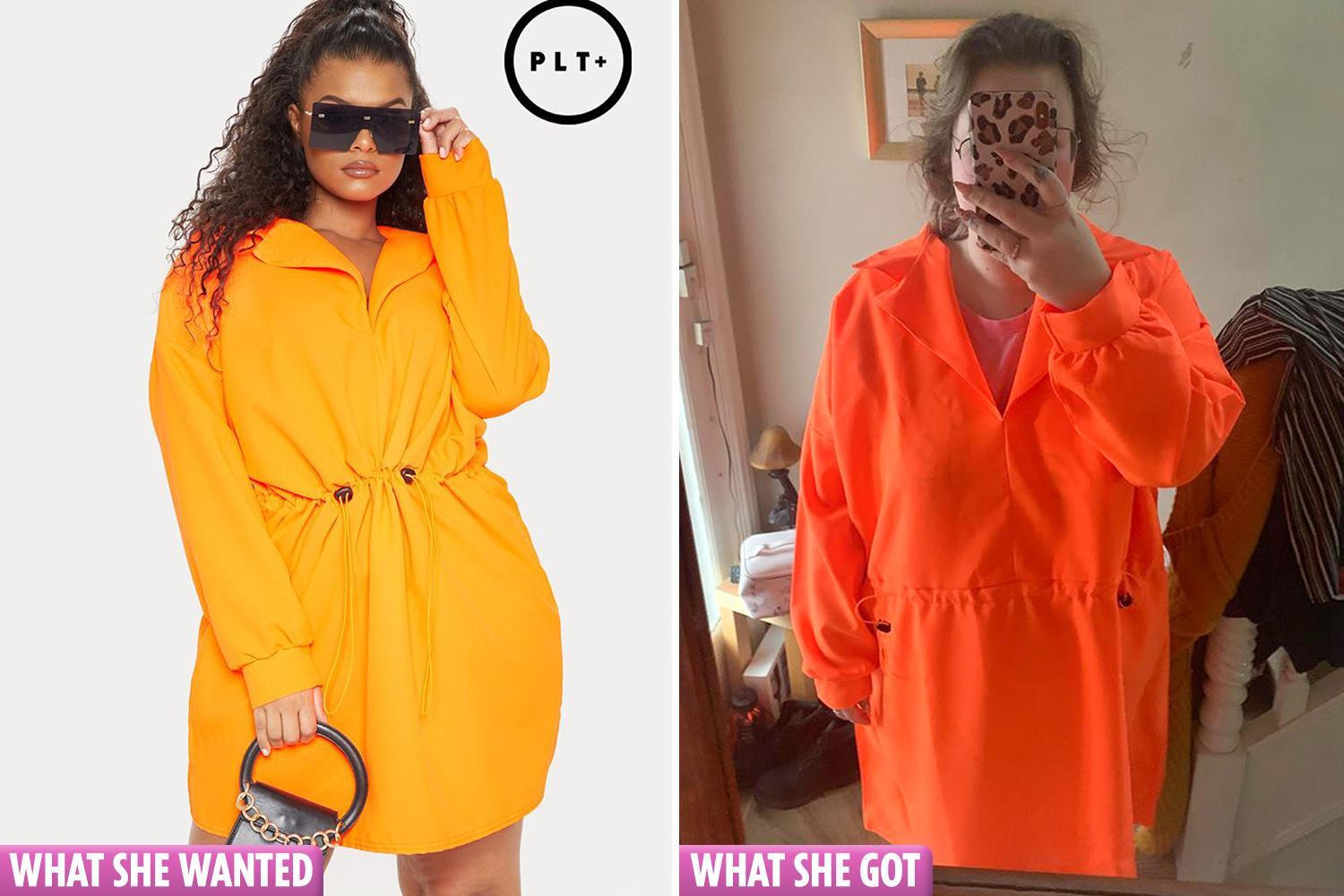 Beth Whitehouse, from Wolverhampton, visited the site to buy some new clothes for her upcoming holiday to Paris but was stunned at the difference between what she ordered and what she received. 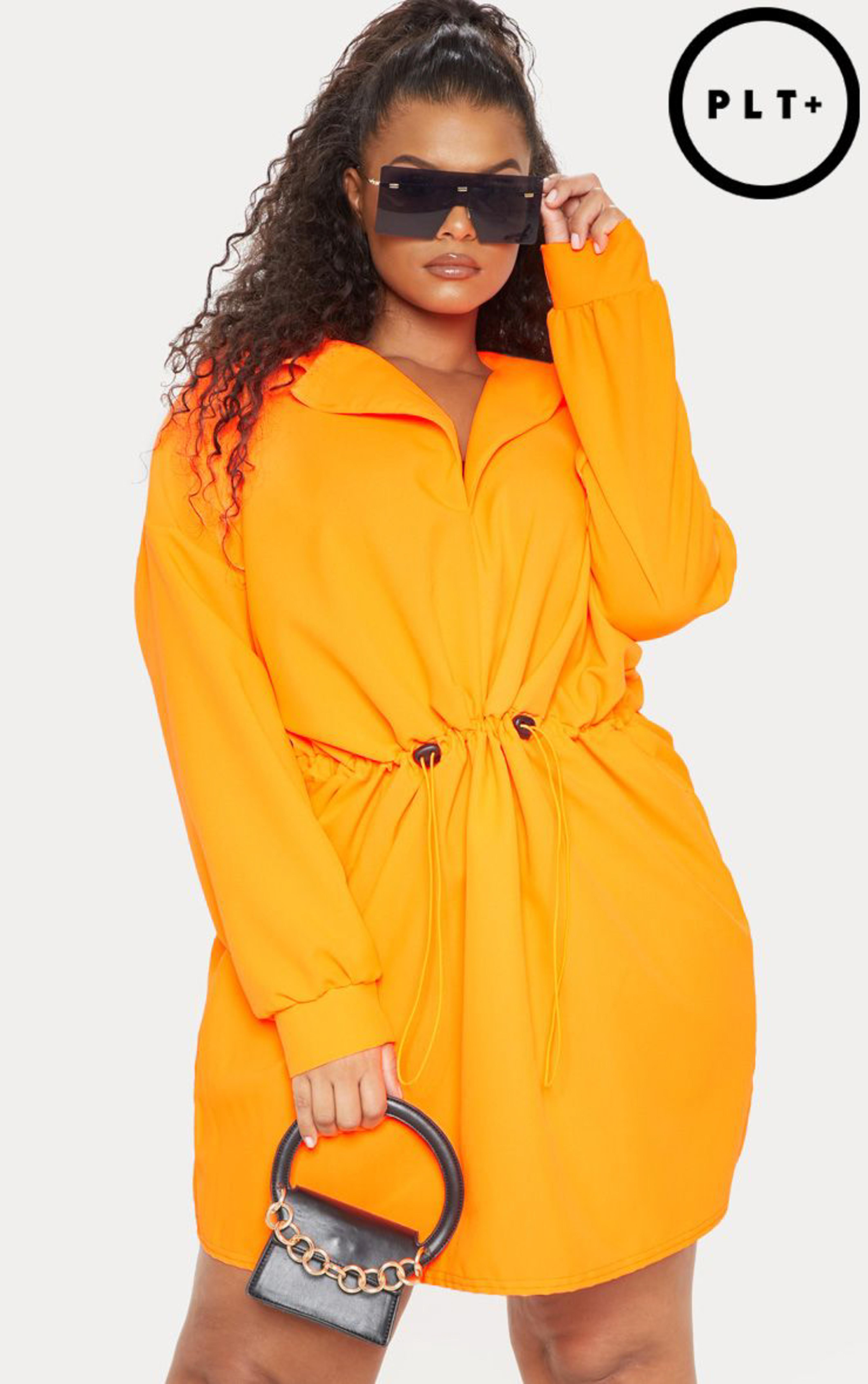 "I bought the outfit because I go on holiday soon, and I thought it would look really nice with boots and tights," she explained.

"But when it arrived it looked completely different to the photo – it was as bright as a high-vis jacket and wouldn't tighten up so it was like a tent!

"I couldn't believe the colour mainly – as in the photo it looked like a mustard yellow sort of colour, but it was just blindingly bright.

"I sent it back straight away, I couldn't be wearing that no chance!" 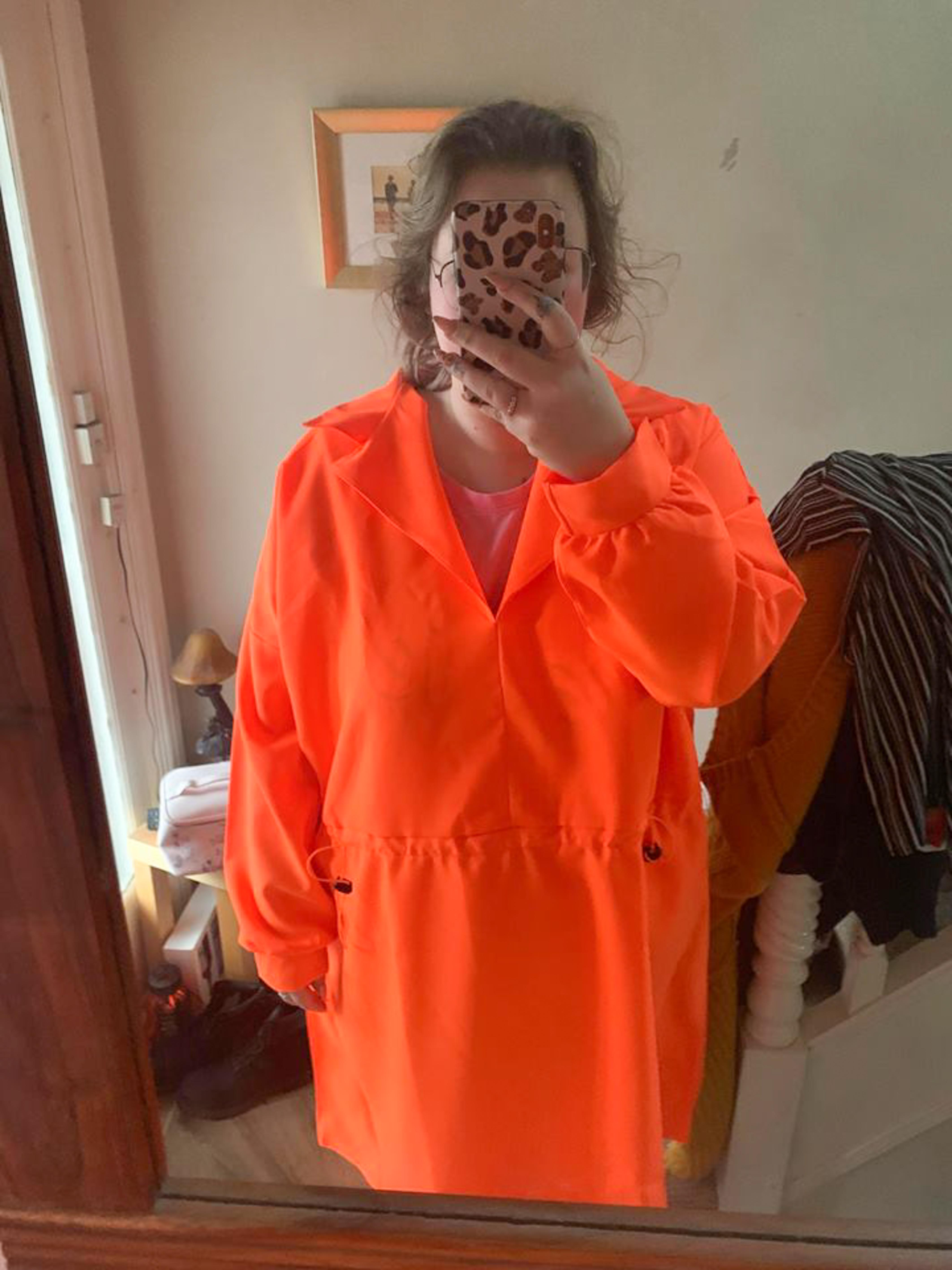 While the website describes the £25 dress as featuring "neon orange material with a toggle waist detail" it appears to look strikingly different in the product image.

The 22-year-old has now returned the dress to the retailer and admits that while she was pretty peeved at first, she can now laugh it off.

"At first, I was annoyed because I was really excited to see the dress," she explained.

"But I just decided to refund it, as it wasn't to my taste at all.

"I had to take the photo of it on, because it did look absolutely hilarious in comparison to how it looked on the model.

"Me and my friends can't stop laughing every time we see the photo, it's just ridiculous!" 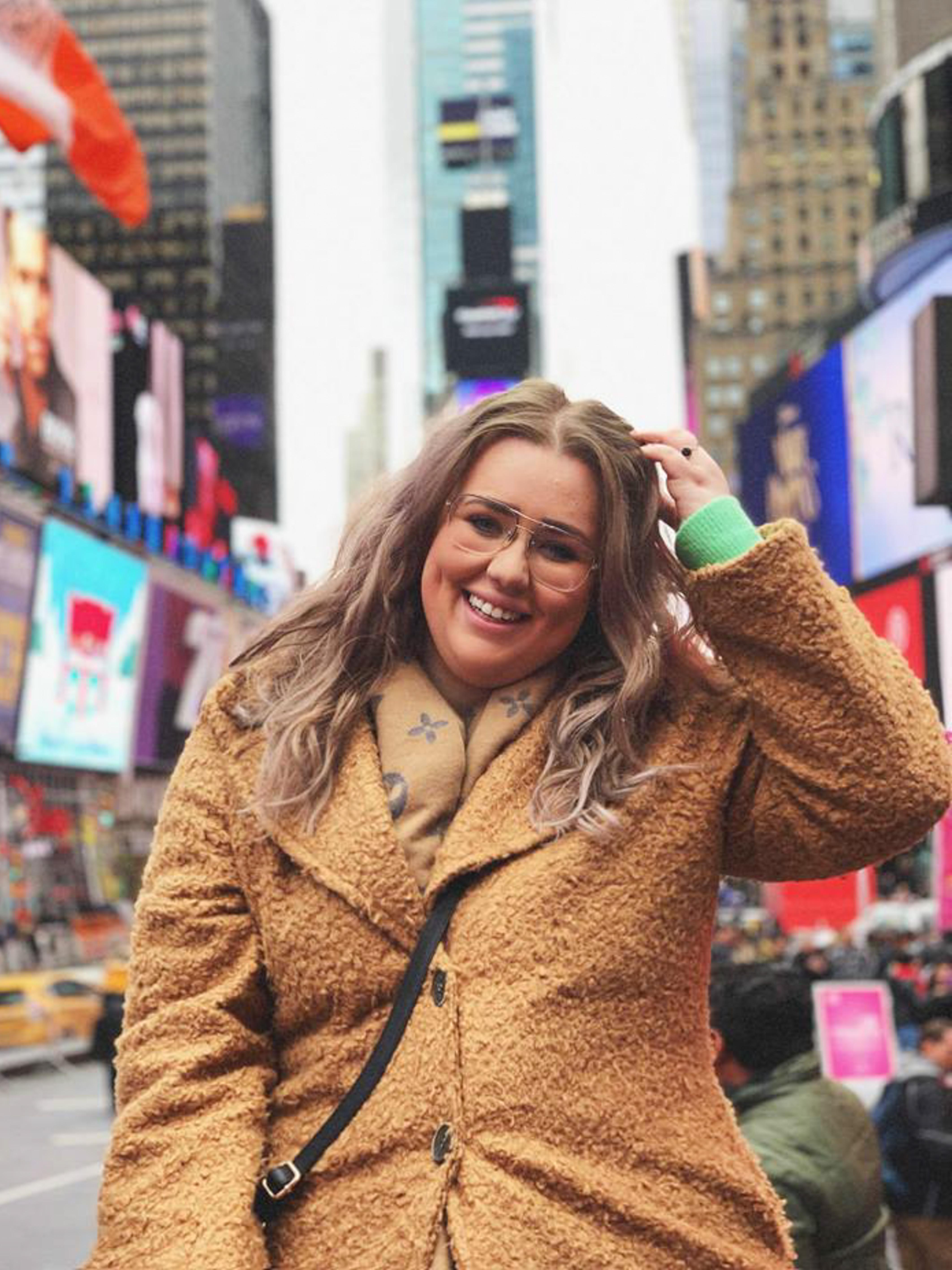 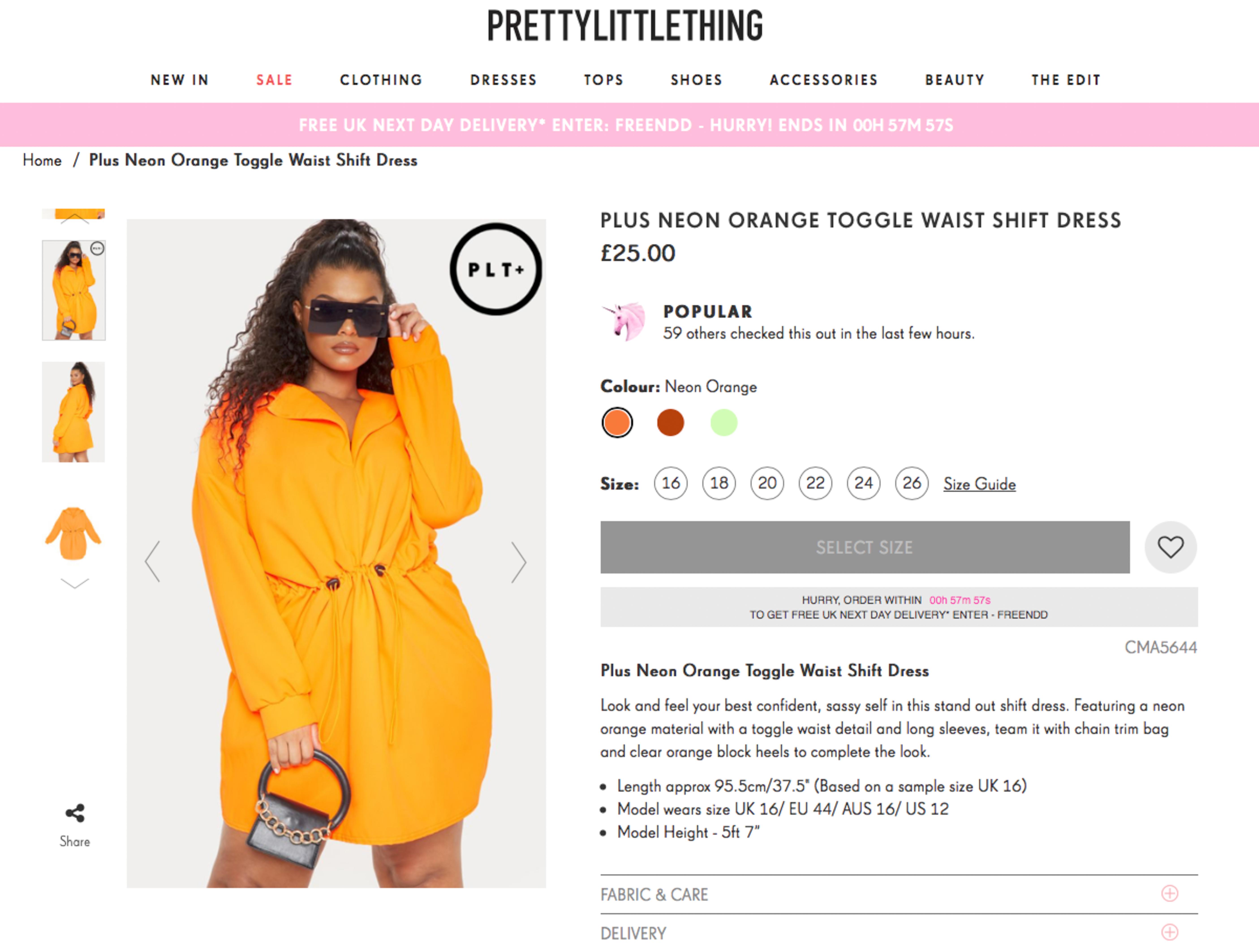 It's certainly not the first time the brand has been criticised for similar fashion fails.

Last week, we told you about the tearful woman who said Pretty Little Thing "ruined" her New Year’s Eve after sending her the wrong dress.

We also told you about the customer who slammed the brand after receiving enormous size six trousers that covered her boobs.

And we gave you all the info on the woman who was horrified after finding a rusty needle poking out of her dress.