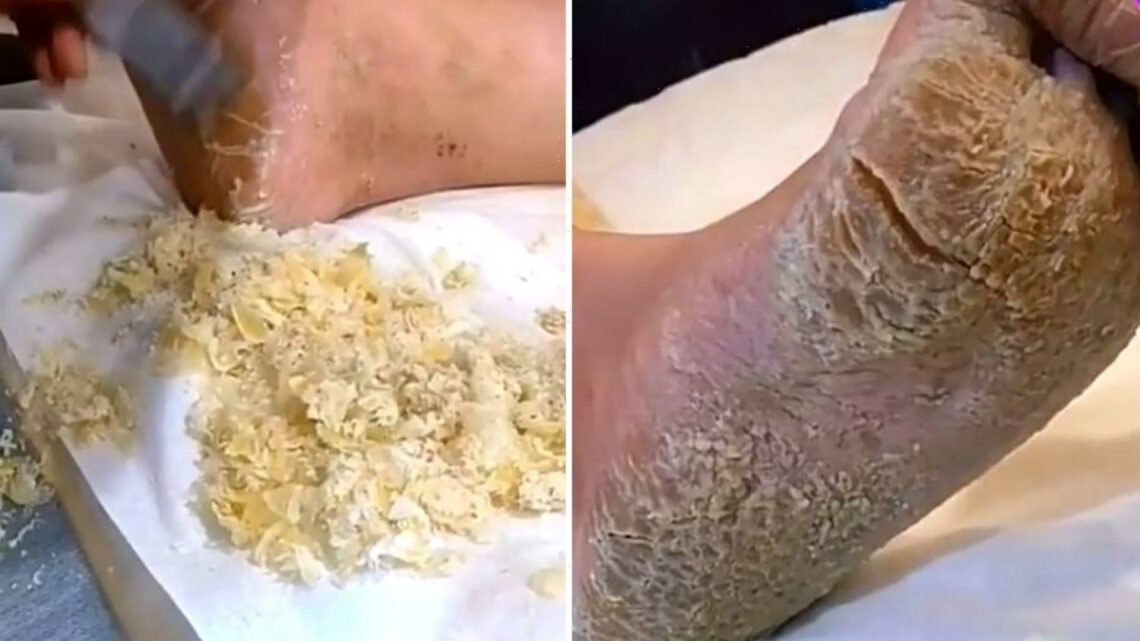 IF YOU'RE a fan of parmesan cheese, then you've been warned not to watch the moment a beautician shaved off a mountain of dead skin from their client's feet – as you'll never be able to look at it in the same way ever again.

Dead skin buildup on your feet can be both uncomfortable and pretty grim and it's never a good look – and one beautician was in for a shock when their client rocked up for a pedicure with soles that were completely hardened. 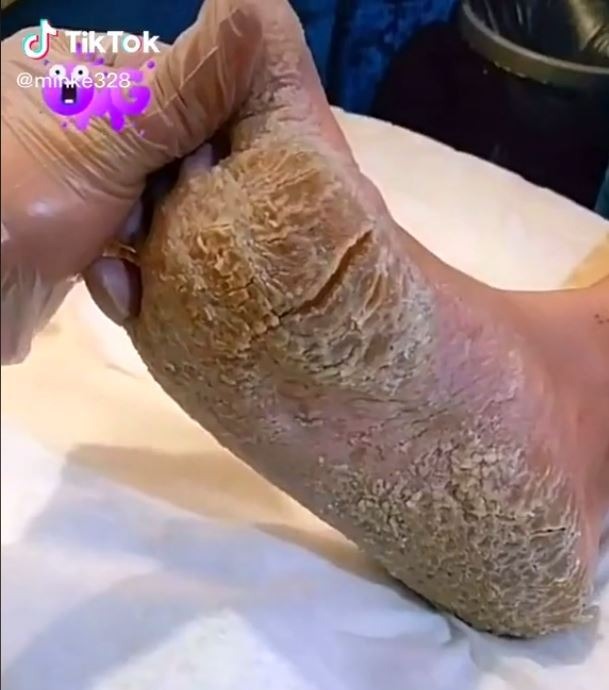 The bottom of their feet were cracked and entirely covered in a gross build up of dry and hardened skin that is guaranteed to have you passing on your lunch.

It took an expert to remove the dead skin, with TikTok user @minke328 sharing the process in a video online that has now been watched over 5.8million times.

"Have you ever seen such soles?" they asked, as they filmed a beautician tackling the build-up and scraping it away with a steel scraper.

While it made for a satisfying watch for some, others were completely horrified and questioned how the person had let their feet get into such a state in the first place. 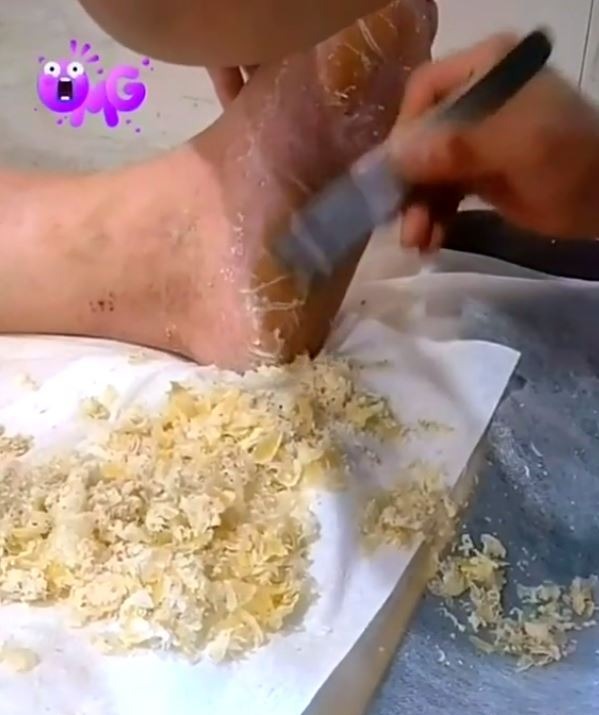 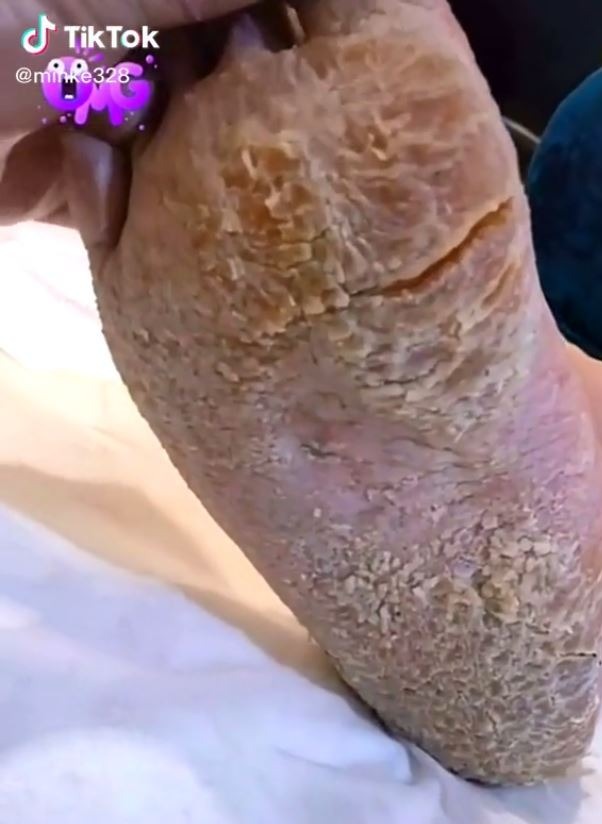 "How does this even happen?" commented one person.

Another grossed out viewer wrote: "Am I the only one that had to look away to breathe."

A third wrote: "How the hell do people let it get this bad?" 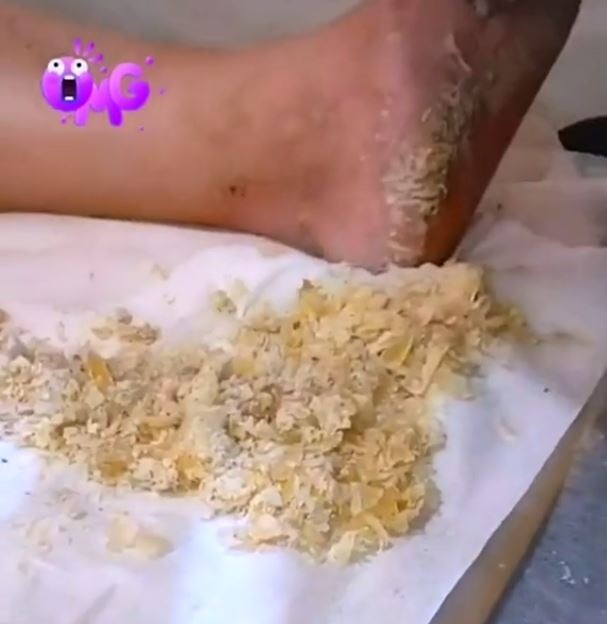 One shocked viewer posted: "How do you wake up every day and think 'yeah my feet are good' as it progressively gets worse?"

Others will have you skipping on the parmesan next time you're having dinner, as they likened the shaved skin to the popular food topping.

"So THAT's how they make Parmesan… I've always wondered," joked one person.

Another teased: "Parmesan for your pasta," while one more called the build-up "forbidden parm".

And one person just couldn't resist adding: "Next on How It's Made: Kraft Parmesan Cheese."

Meanwhile, nauseating footage shows what happens when you don't clean your eyelash extensions as woman is left with swollen and crusty eye.

Plus, experts are warning against a TikTok hack that sees girls dying their hair with perfume and it doesn't end well.

And one girl was left mortified when hairdresser left her with epic fringe fail that looked nothing like what she had asked for.

James May: Top Gear star had to call Sainsbury’s to tell them TV colleague couldn’t work