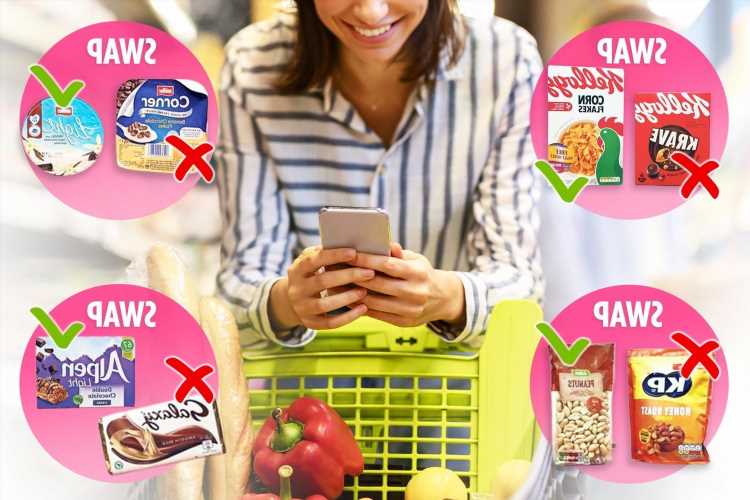 WITH one in three children overweight, it is hard to deny the UK has an obesity problem.

And as every mum knows, it is tough keeping kids on the straight and narrow when it comes to healthy choices. 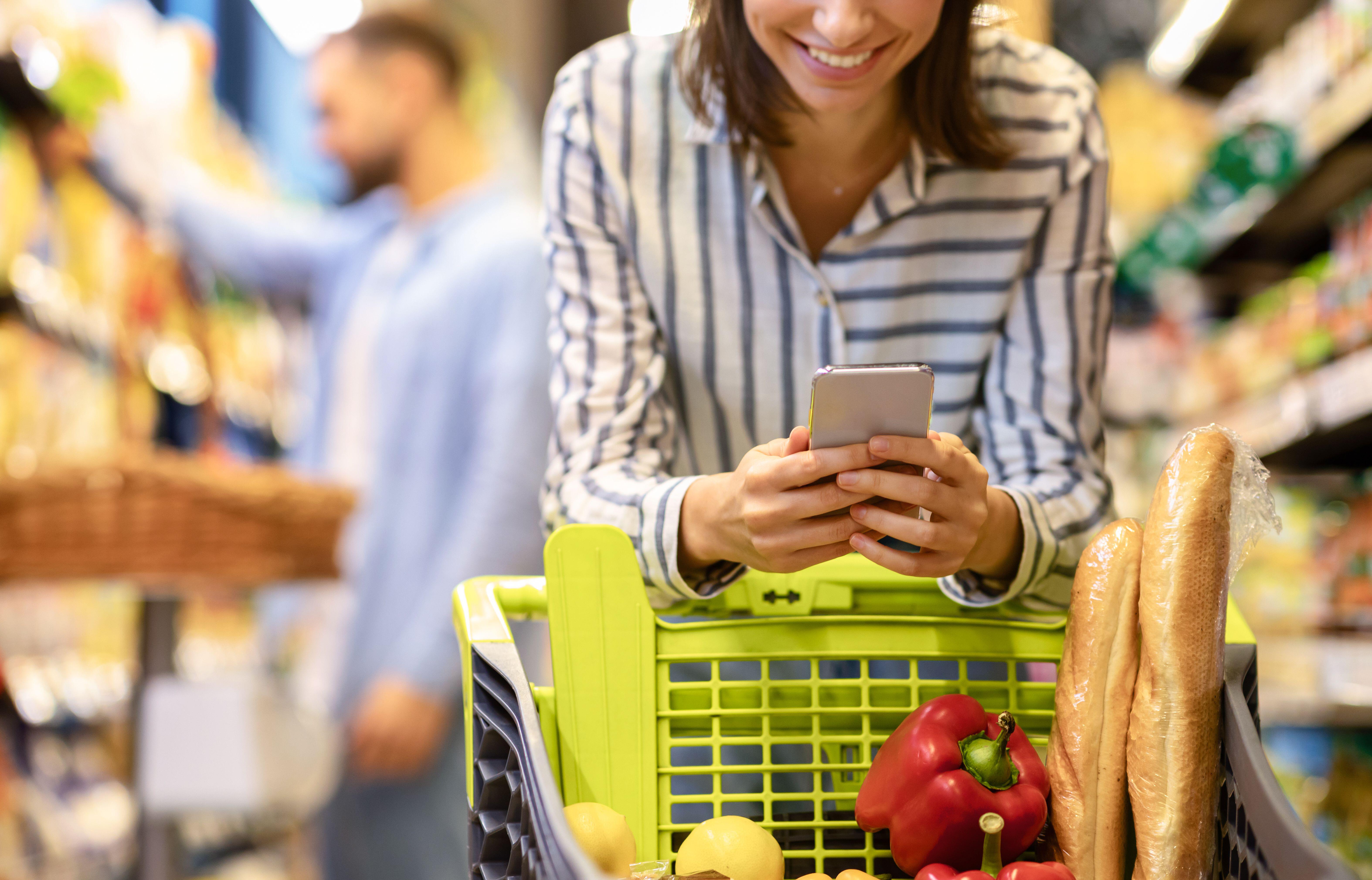 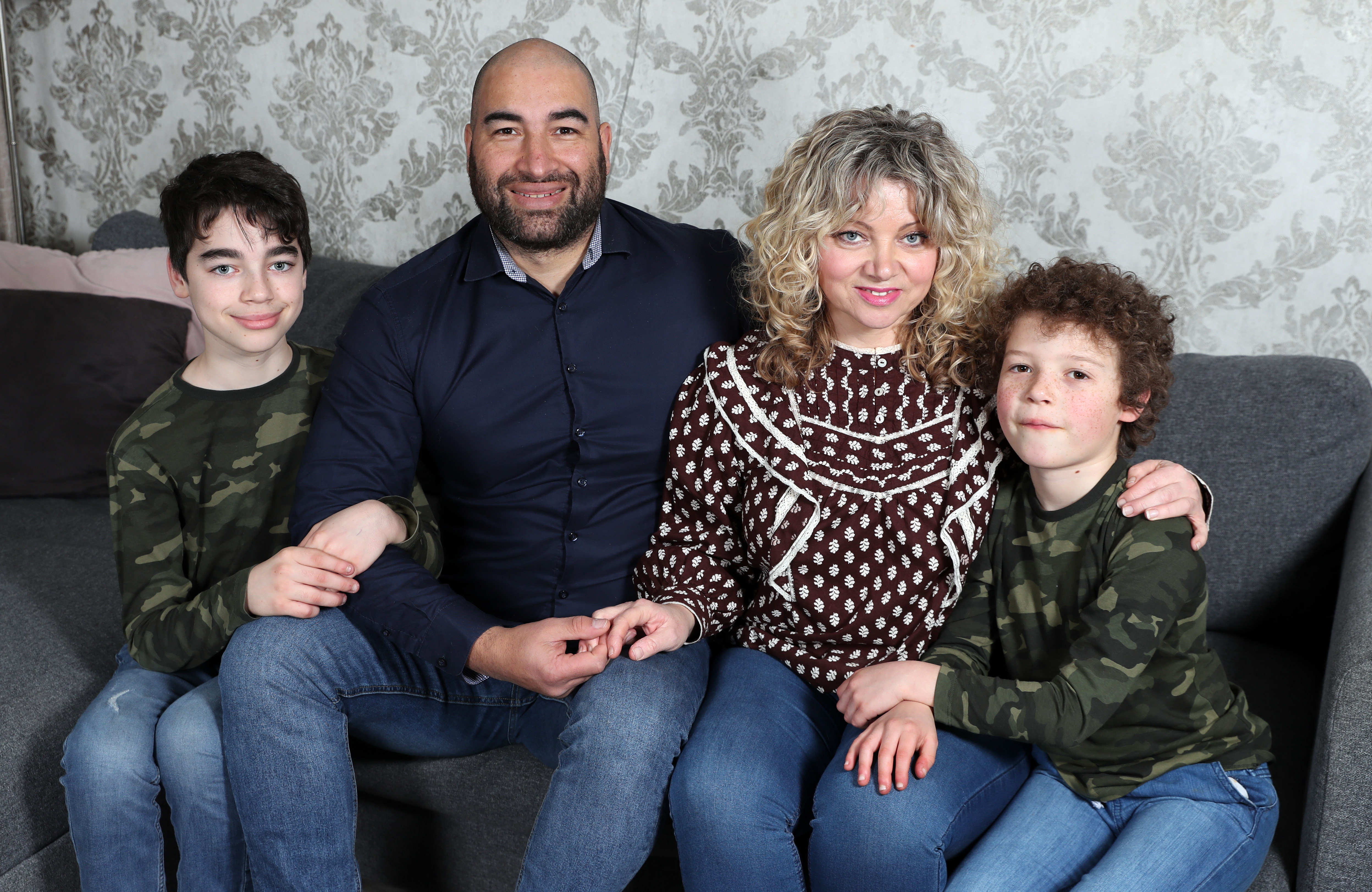 Especially when supermarket shelves are filled with cheap, family-sized bags of chocolate, and adverts for fast food pop up between kids’ shows on YouTube.

So is the new NHS Food Scanner app the solution?

By using your smartphone to scan barcodes, it immediately tells you how much salt, sugar, saturated fat and calories are in anything you eat.

And cleverly, after the app — which was launched this month — tells you how bad your choccie biscuit is, it gives you a healthier alternative.

Sounds too good to be true, doesn’t it?

As an absolute control freak and wannabe supermum, I thought I was doing everything I could to feed my husband Scott, 46, a mortgage adviser, and two sons, Max, 12, and Rufus, eight, a healthy diet.

I carefully plan meals. I look at all the labels on products and I mainly cook from scratch. Our favourites are curries, chilli and soups and I even try to make my own pasta sauces.

If I’m really honest, we are partial to a pudding and love chocolates in front of the telly.

On weekends, of course, all parents let things slip. I’m no stranger to a microwave ready meal or a pre-prepared jar of bolognese sauce.

Usually I say that if the kids refuse fruit, they don’t get sugary treats. But when I’m tired or stressed, I give in and the junk food creeps in.

I’ll be frazzled from working all day and if I’m late with dinner the kids will moan for a bag of crisps or a biscuit. I give in because I know they’re hungry.

Similarly, when grandma comes on her weekly visits she dishes out enough sweets to feed a small army, I don’t want to be a fun spoiler.

And when Rufus refuses his weekday breakfast of toast, I let him have sugary cereals — otherwise, he simply won’t eat.

But on the whole, when I see other parents pushing their shopping trollies full of fried chicken and 24-packs of frozen fish fingers, with their overweight kids in tow, I feel quietly smug. I am a health-conscious mum.

Or so I thought until I tried the all-singing and dancing app.

Not only does it tell you how much of the bad stuff you consume, it displays it in cute pictures of sugar cubes or salt sachets, so you can REALLY visualise how terrible you are being.

According to Government guidelines, a family of four’s recommended daily limit of sugar is 27 cubes, around 85g of saturated fat and 46 sachets of salt. And I was confident we were not eating anywhere near that.

But after scanning everything our family ate over an average Saturday, I was shocked.

And it is not as if we were overindulging.

I am talking Kellogg’s Krave cereal for the kids’ breakfast, waffles for me and Scott, and fruit for us all.

Then it was pizzas for lunch — but a family-sized one between four of us — and a side of salad, and fruit.

At dinner time, we had spag bol, with a jar of shop-bought sauce, full-fat cheese sprinkled on the top.

It was the weekend, after all.

Throughout the day, to stave off my growing lads’ hunger, I filled them with one Penguin biscuit each, fruit, Walkers crisps and a yoghurt.

After the kids’ supper I totted up the totals for the day and I was astounded to discover our daily sugar intake amounted to 112 sugar cubes.

Saturated fat — the type linked to heart attacks — came out at 165g, which is nearly double the maximum we should be eating.

Thankfully, our salt intake was 43.4 sachets, which sounds really bad but is just a fraction below the recommended amount.

But seeing these figures on the app completely rubbished my belief we were eating healthily.

The biggest shocks were the honey-roasted nuts Scott ate in the evening and the pots of yoghurts I’d given to the kids that morning.

The nuts had 7.9 sugar cubes and just over three sachets of salt in a bag while the yoghurts contained almost ten cubes of sugar and a sachet of salt.

So what does all this mean?

Nutritionist Amanda Ursell says: “Eating this amount of sugar and saturated fat daily can lead to a host of health problems – and even raises the risk of some types of cancers, since both habits can up our risk of obesity.

Carrying extra body weight increases the risk of 13 different types of cancer and is the single biggest preventable cause of cancer after smoking.

“With an intake of 112 cubes of sugar there’s a real and major concern for the children’s teeth. Sugar feeds bacteria in our mouths, which in turn creates plaque and decay.

"This explains the direct link between lots of sugary foods and drinks with the need for decayed teeth to be extracted by the dentist.”

I’m 47, and hearing what Amanda said, I wanted to do better. I thought there was no way I’d get the recommended swaps from the app past my kids, but it was not just boring stuff, such as “swap a chocolate bar for an apple”.

When I dished out a chocolate Alpen bar instead of the usual Galaxy, the kids lapped it up.

With two and a half fewer cubes of sugar in each bar, it felt good knowing it would not ruin their teeth.

Switching Walkers crisps for Snack A Jacks meant cutting out one sachet of salt per bag.

For dessert, no one noticed that I’d replaced our usual Carte D’Or ice cream for the brand’s lighter version, which is seven sugar cubes fewer.

The only grumble I got from either child was when I offered jam on toast instead of Nutella at supper time.

It saved one cube of sugar but the kids much prefer chocolate. They still ate it, though.

All in all, the swaps in the app cut our salt intake by almost 15 sachets, sugar by just under 65 cubes and saturated fat by 98g.

And the best bit? I thought it was going to cost a fortune to eat healthier because you always hear that fresh is more expensive than frozen or tinned. But my original Saturday shop cost £26.95, while the swaps came to £21.80, over a fiver cheaper.

My one complaint, however, is that the app did not recognise every item I scanned.

Still, with a few simple swaps I had nearly halved our sugar intake, slashed the saturated fat by nearly 60 per cent and shaved off 14 sachets of salt in 24 hours.

I’ll now incorporate these swaps in my weekly meal plan. 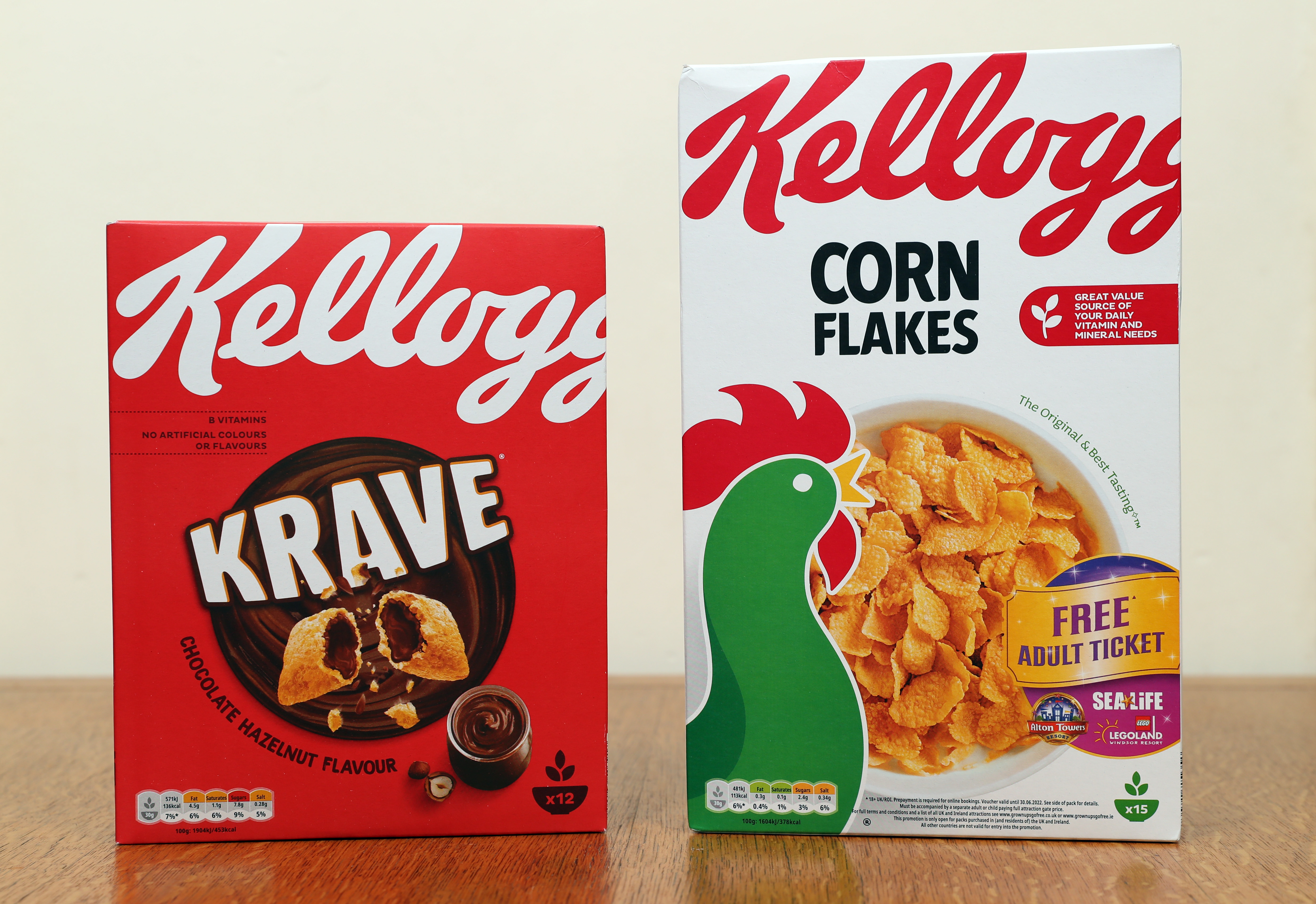 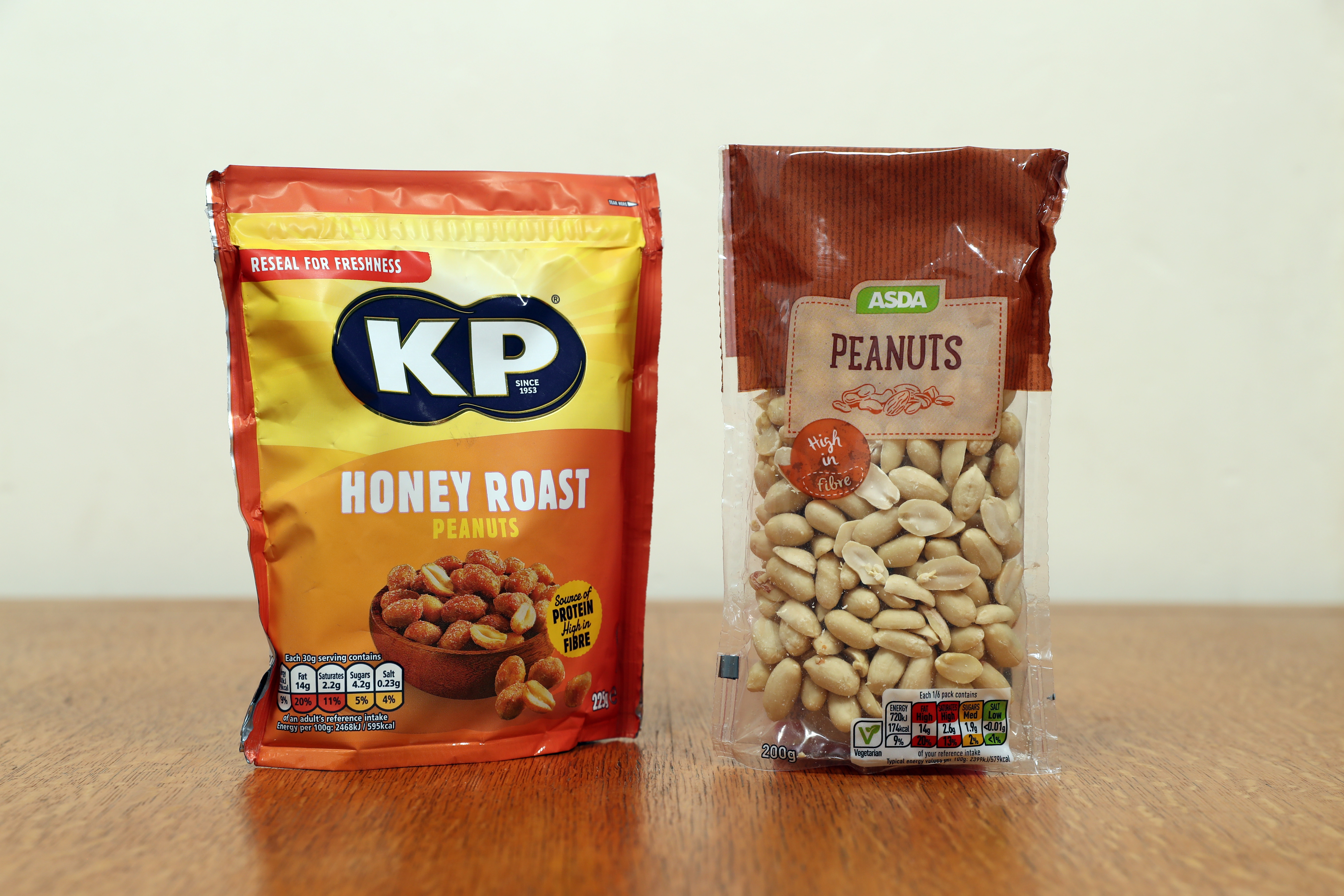 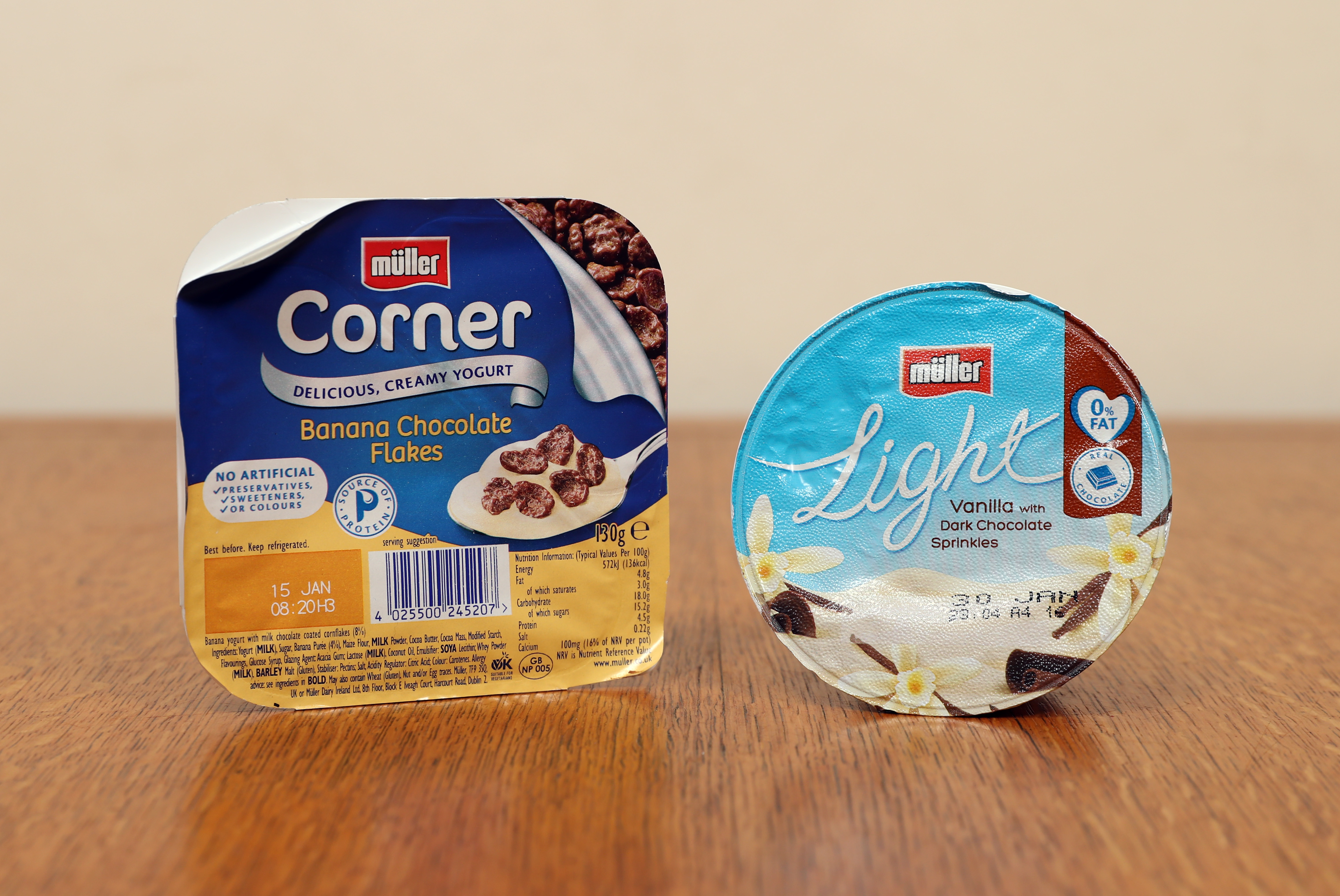 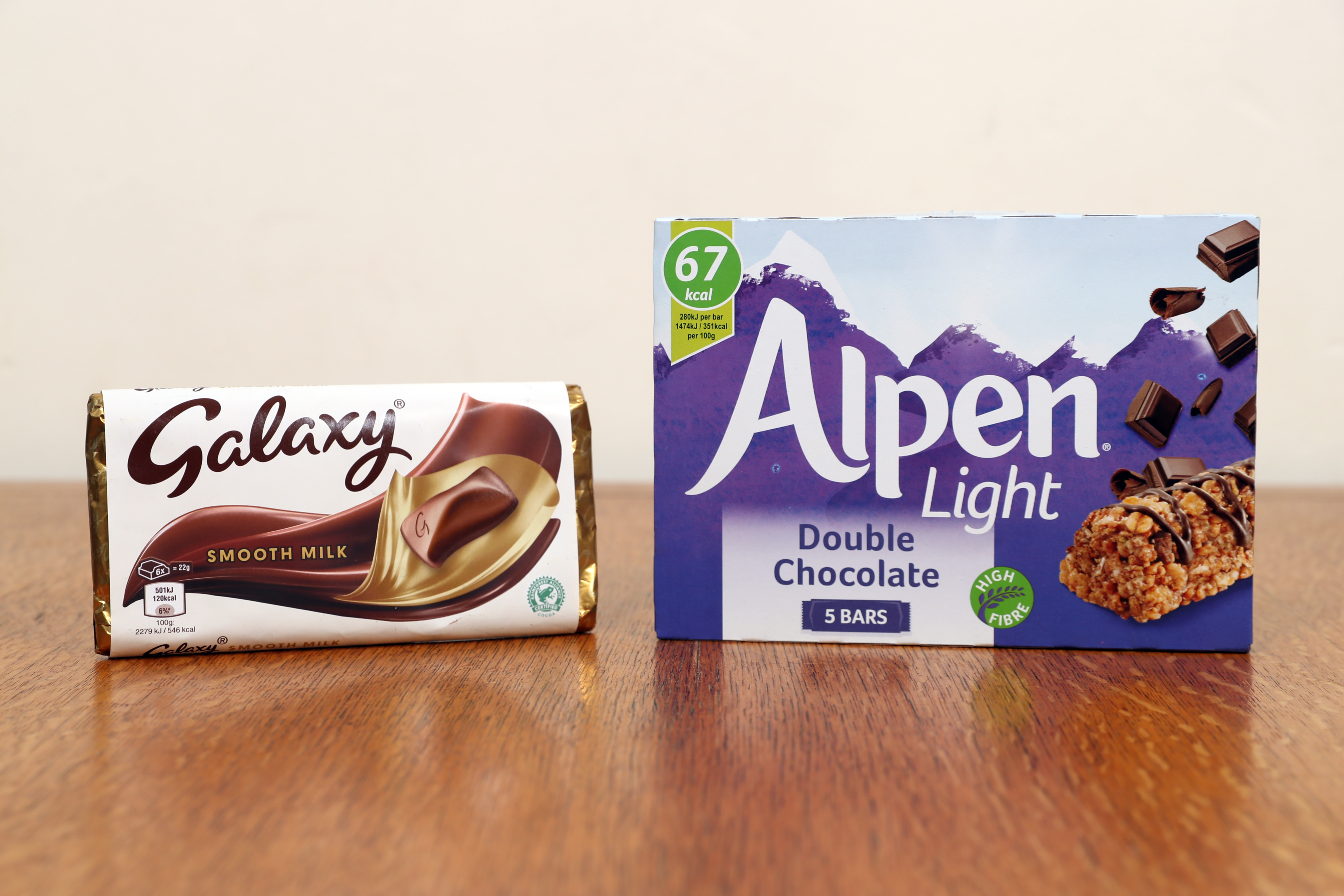 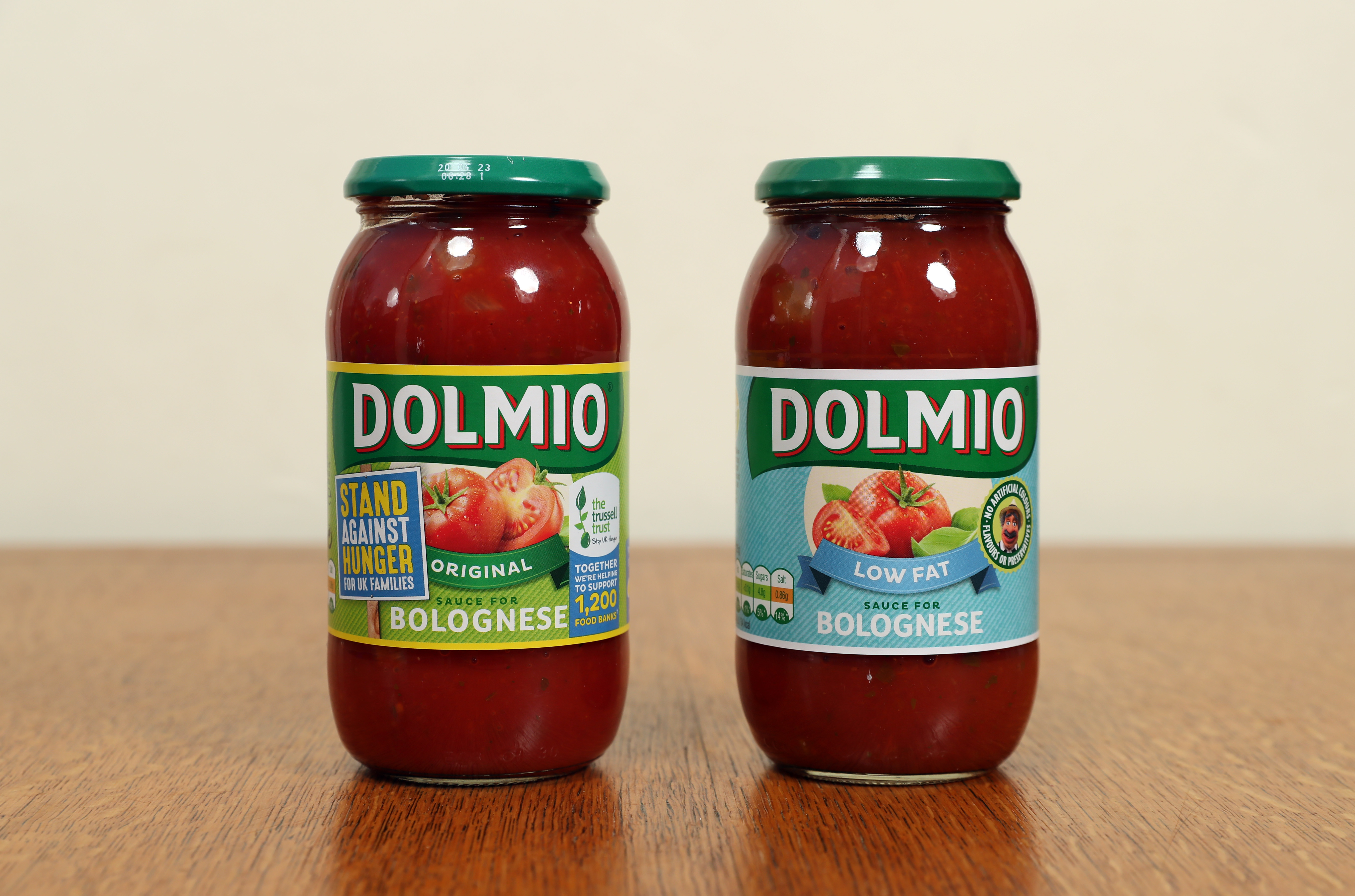