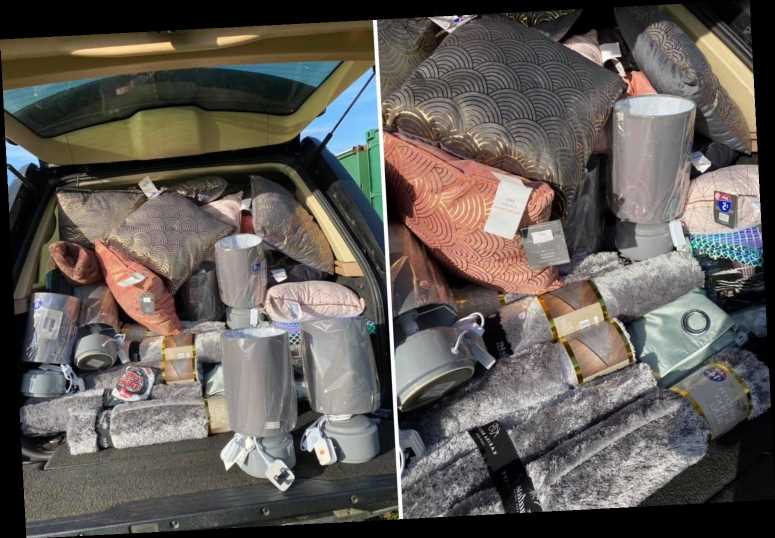 A GOOD bargain is often hard to refuse – especially when there's a heap of stylish homewares including lamps, cushions and rugs on offer.

That's probably why one woman filled her ENTIRE car with a massive stash of discounted goodies from B&M after discovering the cut-price items in store. 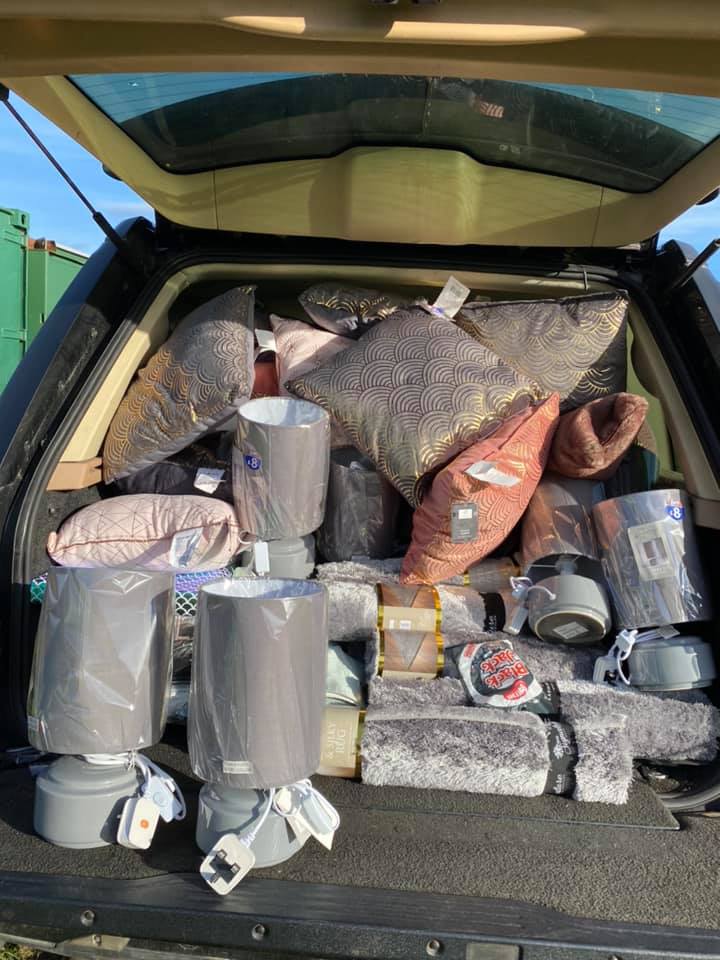 The eagle-eyed shopper shared a couple of snaps online showing off her "little haul" after bagging a range of items for as little as 50p.

Although, the haul – which filled up two massive trolleys -wasn't small at all, and instead filled her entire car – with lamps, cushions and rugs crammed in tightly to fit.

Posting in the B&M STORES BARGAINS AND MORE Facebook group, the shopper revealed how she picked up a range of fitted sheets, blankets and lamps for a tiny £1, while stylish grey curtains set her back just £2.

Some cushions and rugs, however, cost a teeny-tiny 50p, so it made sense to stock up, right? 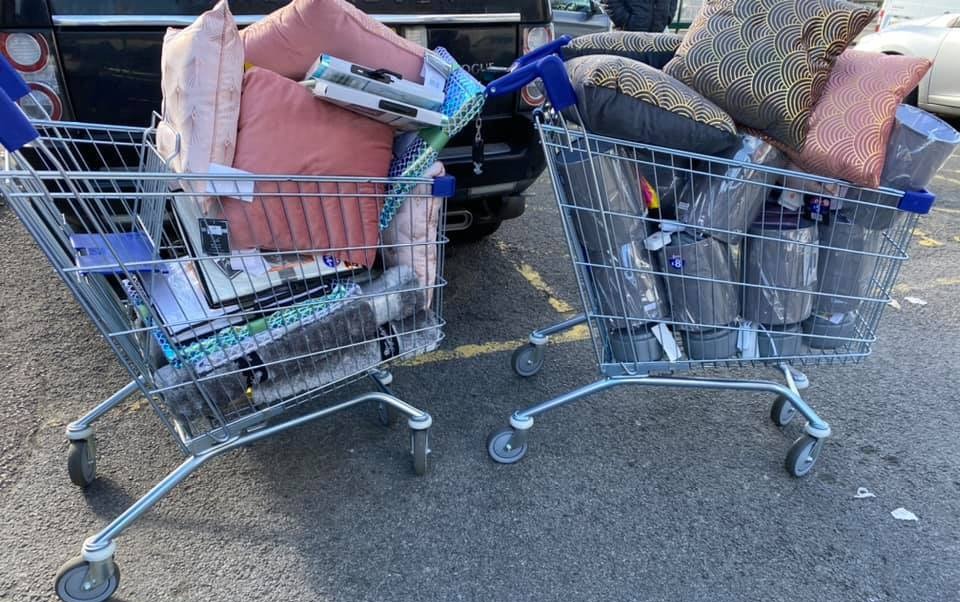 What the shopper bought:

Her post racked up hundreds of comments from people who were seriously impressed by the woman's shopping spree as they gushed over the grey and blush pink tones.

Many, though, were left disappointed and full of envy, revealing they NEVER spot such great deals when they're shopping in store.

"Why why why can’t we find these bargains," one shopper wrote.

And another said: "Wow you’ve getting some amazing bargains." 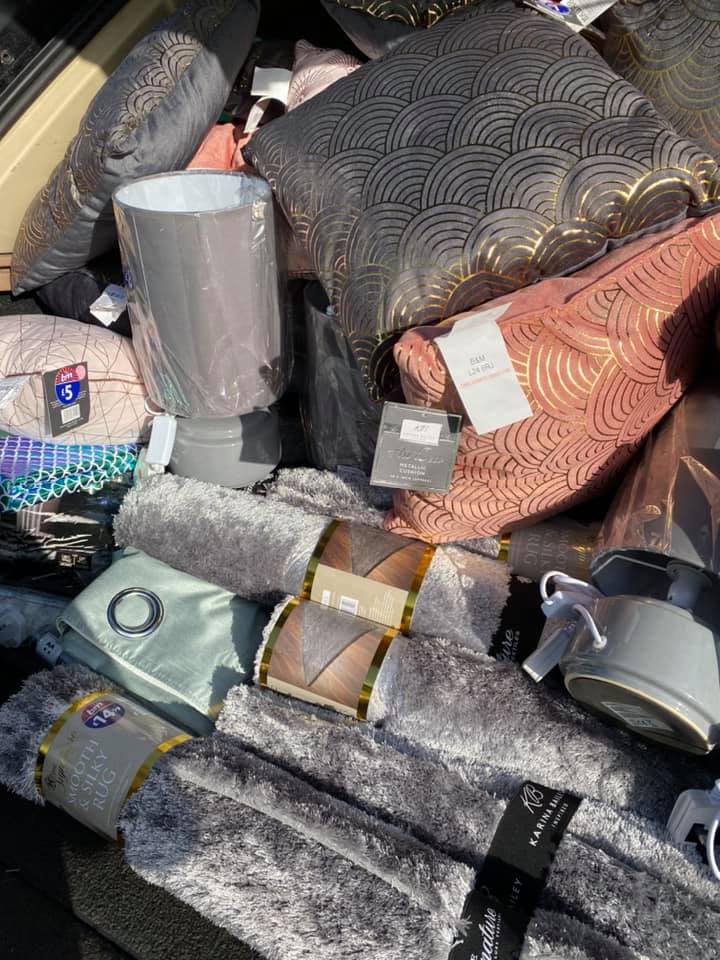 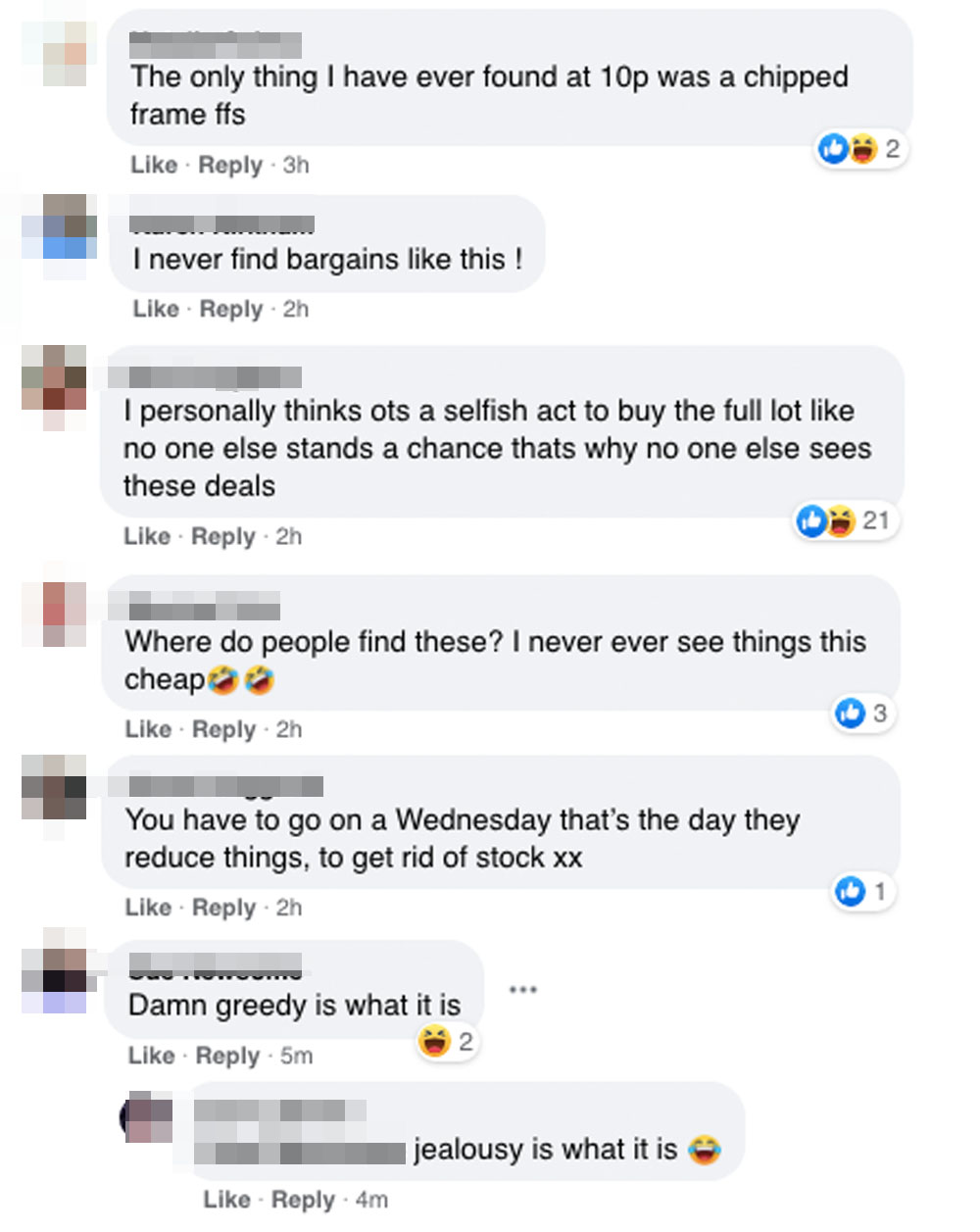 A few considered the haul "greedy", but many jumped in to defend the woman saying she has every right to stock up when she comes across the cheap deals.

Desperate for their own bargains, many asked for advice on how and when to snatch up the best priced deals.

And one shopper revealed: "You have to go on a Wednesday that’s the day they reduce things, to get rid of stock."

We also shared how savvy shoppers are showing off their 10p B&M & Wilko bargains on everything from make-up to homeware & cleaning items.

And B&M shopper explains how she got £860 haul for just £80 after visiting five branches in just one day.

Farmer sings You Are My Sunshine to Ivy the donkey foal