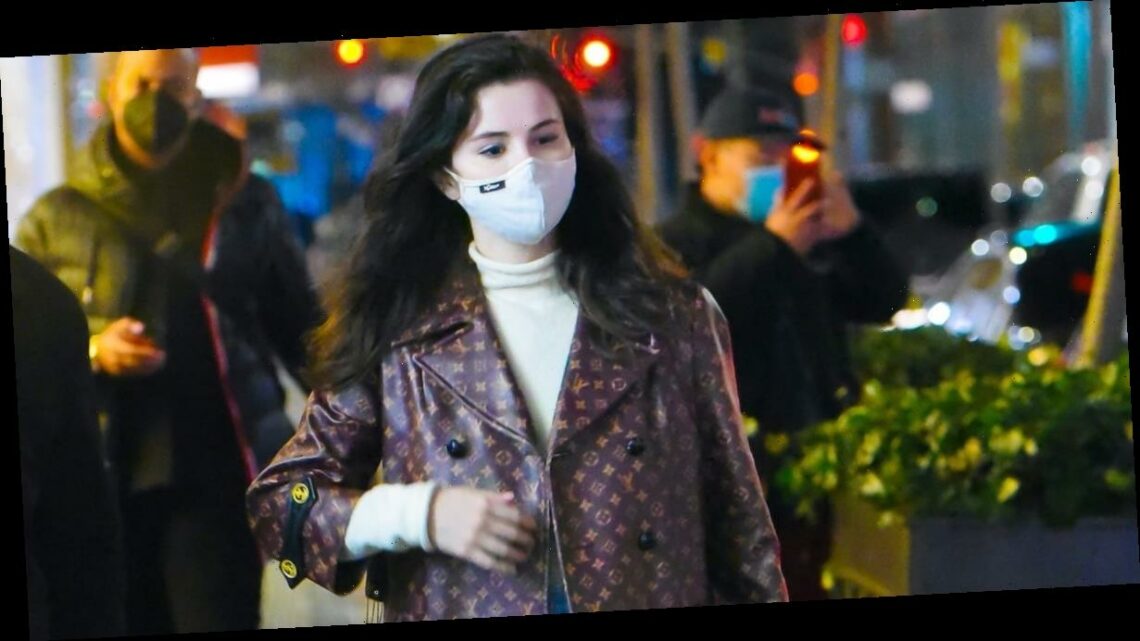 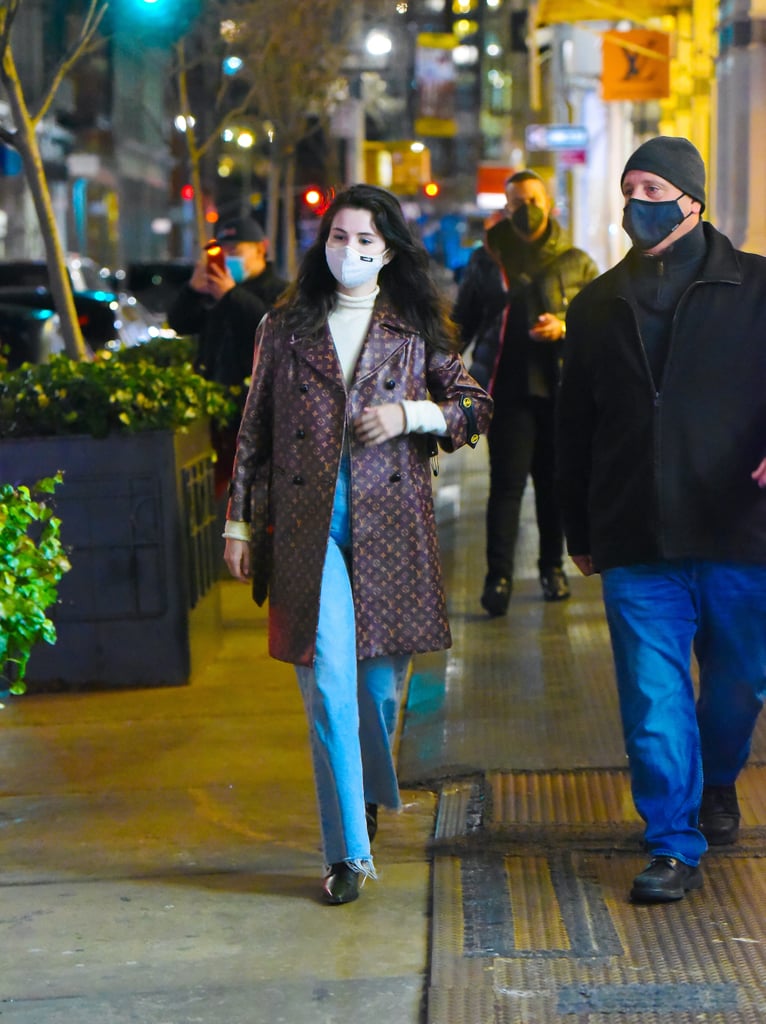 From the looks of Selena Gomez’s latest outfit, she is a fan of logomania. The singer and actress, who is set to release her first Spanish album, Revelación, in March, was seen enjoying a shopping trip in New York. Selena stopped by Louis Vuitton’s SoHo store wearing, you guessed it, Louis Vuitton. While her coat was subtle with its print compared to most logo-covered pieces, it was hard to miss. We’re actually not that surprised that she’s wearing one of the brand’s coveted pieces, as she’s been a brand ambassador since early 2016. She styled the brown $6,000 monogrammed trench coat, which featured the brand’s classic LV print, with a more casual outfit.

Selena completed her look with light-wash high-waisted jeans, a beige turtleneck, and a light gray Masqd face mask. We’re sure her stylist Kate Young helped her nail this look, as she’s helped Selena with both her street style and even her music videos. (We’re still not over that Rodarte dress from her music video “De Una Vez.”) Keep reading to get a full look at her outfit ahead, then shop more affordable picks.