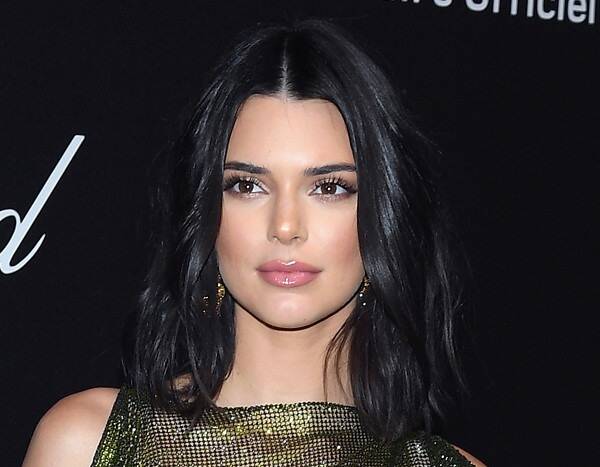 See the Most Daring Fashion Looks at the Cannes Film Festival 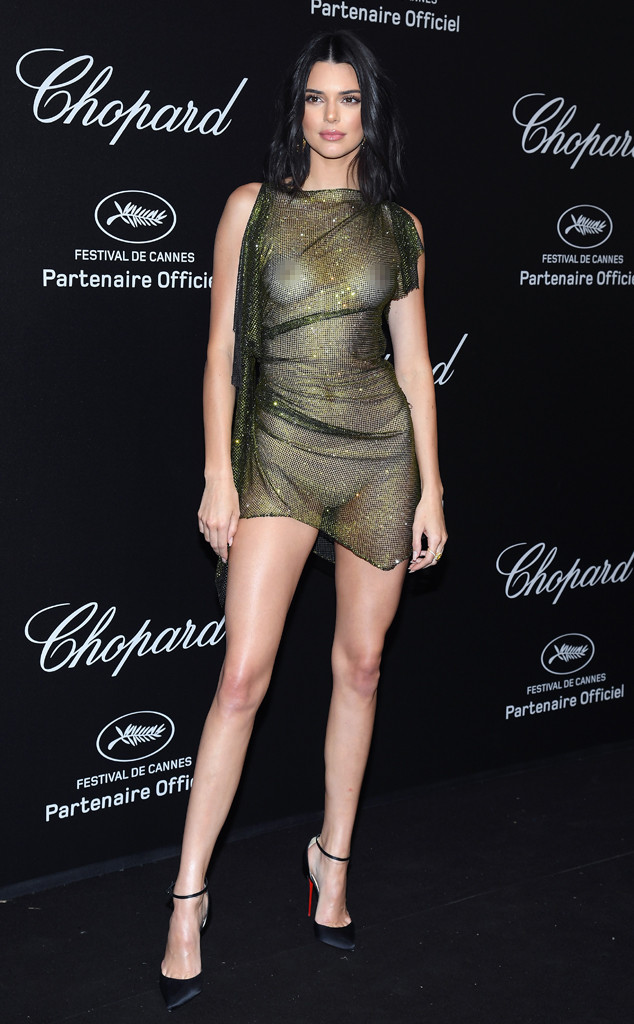 It’s that time of year when celebrities flock to France for the Cannes Film Festival.

This year, everyone from Selena Gomez to Eva Longoria to Elle Fanning have already graced the famous red carpet in jaw-dropping numbers. And while many are dressing to the nines for the 2019 fête, there are quite a few celebs who pulled out all of the stops for the special occasion.

Before the “Wolves” singer made her Cannes Film Festival debut in a white two-piece, stars like Rihanna, Madonna and Sophia Loren all hit the red carpet in white frocks. After seeing an array of breathtaking designs at this year’s event, it got us thinking: what are some of the most daring ensembles to grace the larger-than-life festival? Let us tell you, there’s a lot. From Kendall Jenner‘s see-through mini dress to Cate Blanchett‘s whimsical ‘fits, the star-studded event has become a place where film and fashion intertwine.

See all of the celebs who showed up and showed out at the famous film festival over the years. From Madonna’s jaw-dropping lingerie set to Blake Lively‘s sweet Cinderella moment, take a peek at all of the most daring designs. 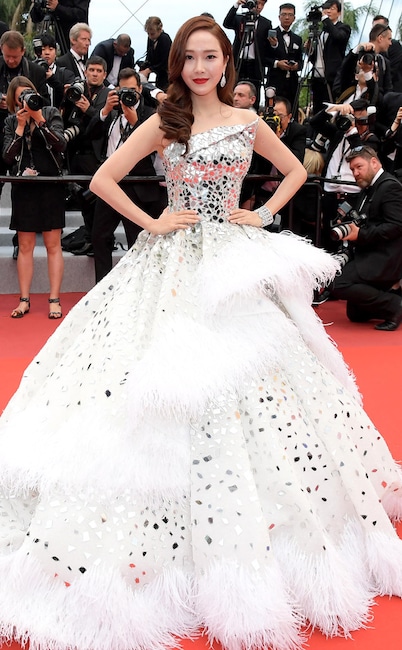 The 30-year-old actress and singer wows the crowd with this dramatic ball gown, which features a mirror-like bodice and feather trim. 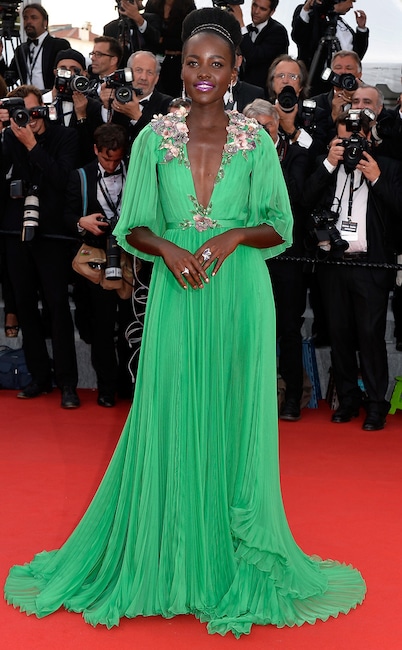 Giving fans her famous twirl, the Us star dazzles on the red carpet with this vibrant green dress by Gucci. It’s def one of her best fashion moments! 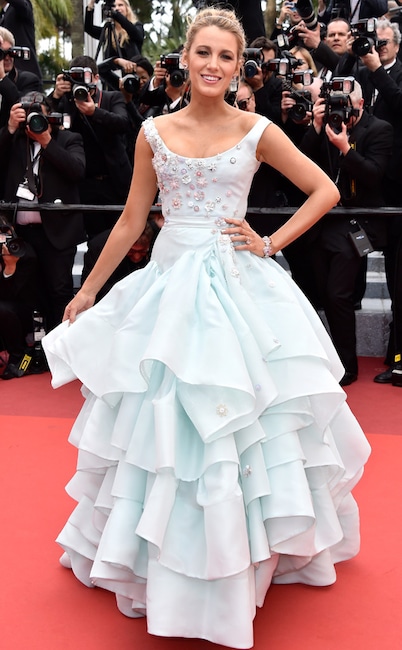 The A Simple Favor actress looks like a modern-day Cinderella with this baby blue gown, which features ruffles and jewel embellishments. 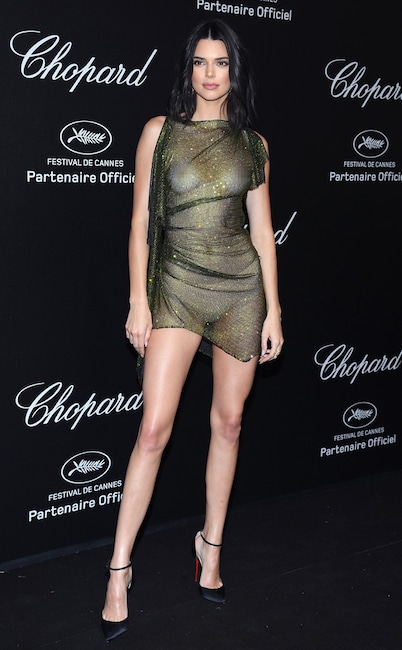 The reality TV star pulls out all the stops with this see-through Alexandre Vauthier mini dress. It features glitzy, shimmery material that makes it more elevated and glam. 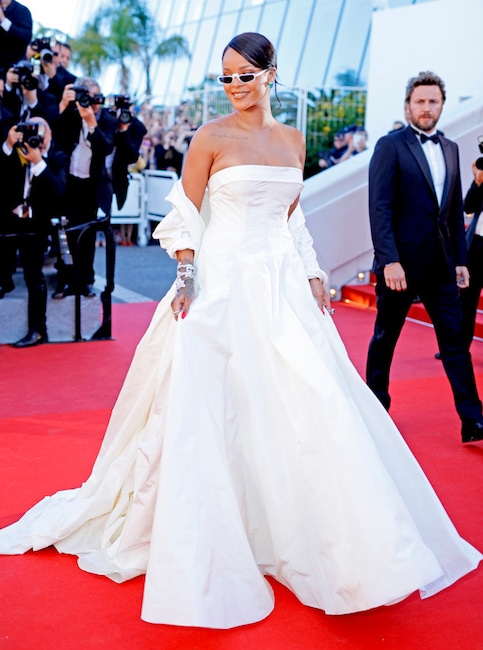 The Fenty Beauty founder and Ocean’s 8 actress is a vision in white in her strapless Dior Haute Couture gown. In true Rihanna fashion, no detail is missed as she accessories with a matching shawl and sunnies. 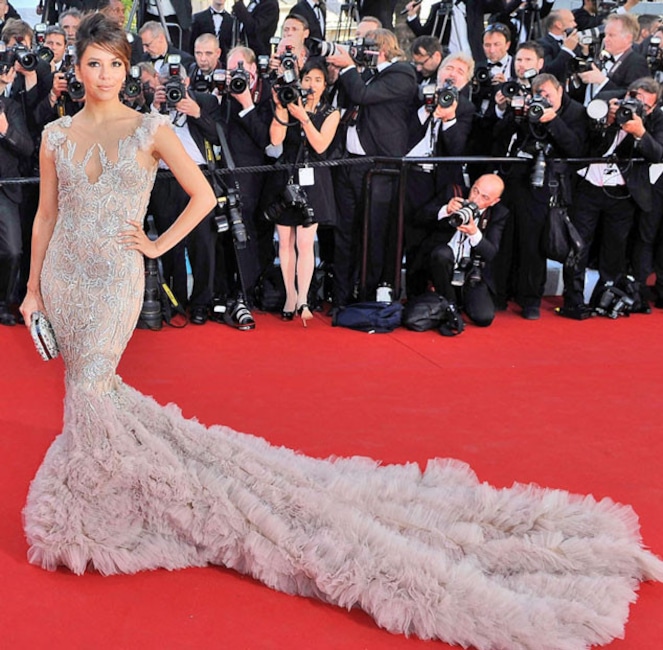 Longoria is basically the queen of the Cannes Film Festival, and she proves why she reigns supreme with this over-the-top gown. 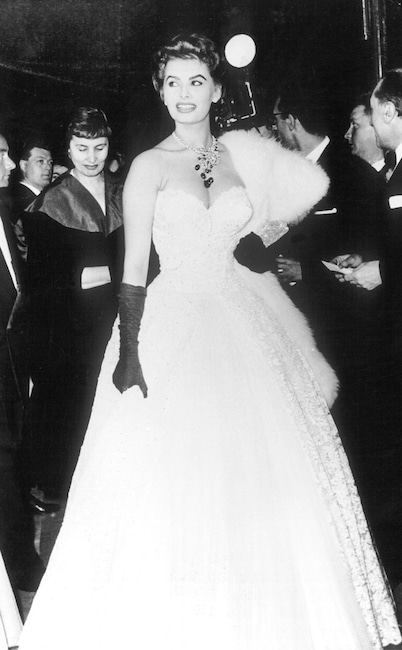 The legendary screen siren is the definition of glamour with this lavish ball gown. From the black long gloves to her opulent shawl, this look is iconic for a reason. 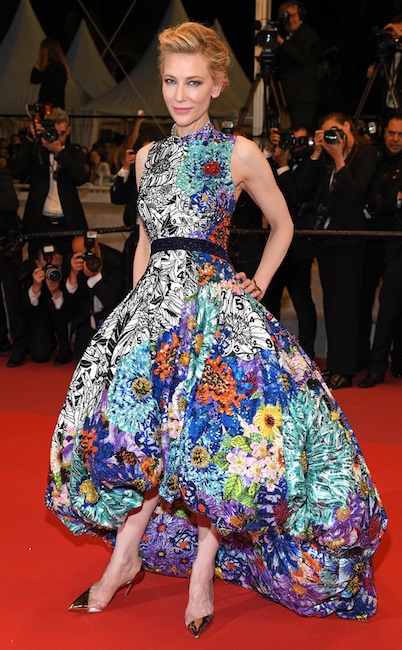 Known for her versatile roles, the 50-year-old star also keeps fans on their toes with her fashion sense. This look from the 2018 film festival is no different! 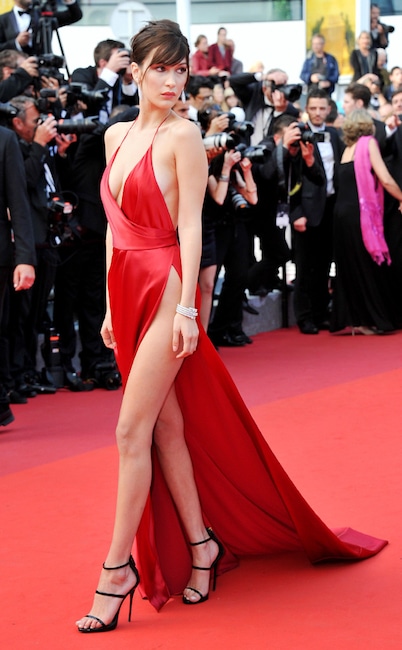 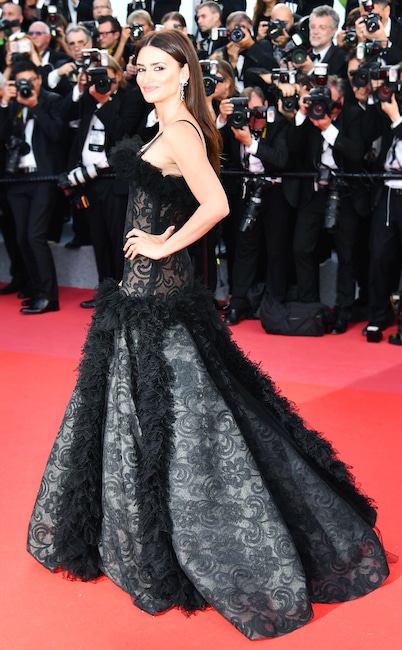 Cruz drops jaws at the film festival in this black, see-through gown, which is adorned with rose designs. 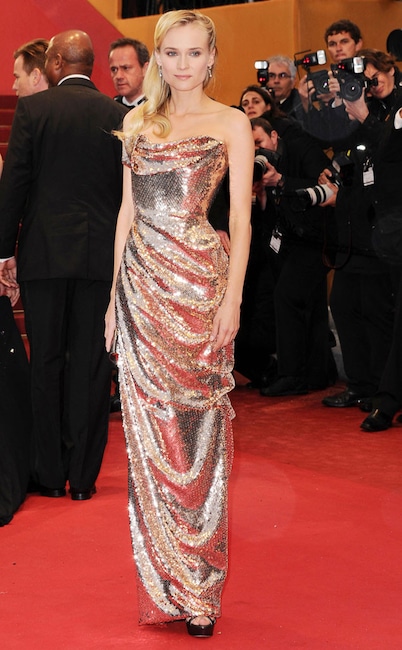 Kruger lights up the Cannes Film Festival with this blinding number. From the body-hugging material to the strapless design, this gown is truly a sight to see. 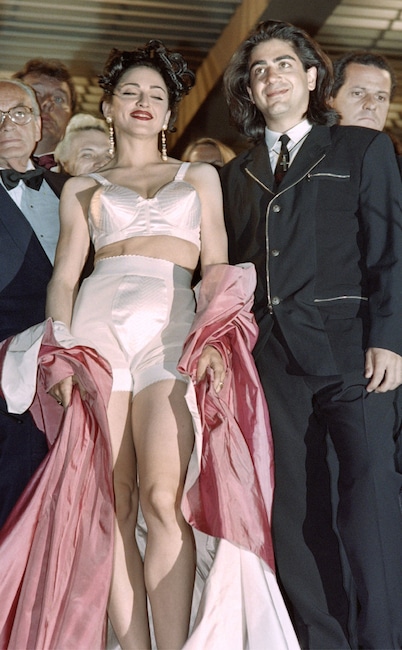 The Queen of Pop makes a grand entrance at the 1991 Cannes Film Festival with her satin pink robe and white lingerie set. 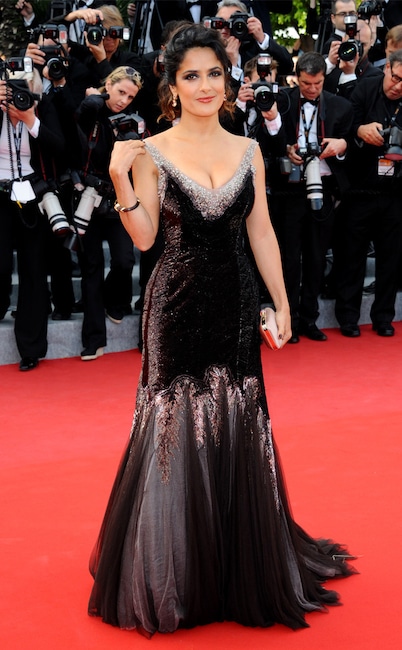 Hayek makes a case for velvet in this stunning gown! 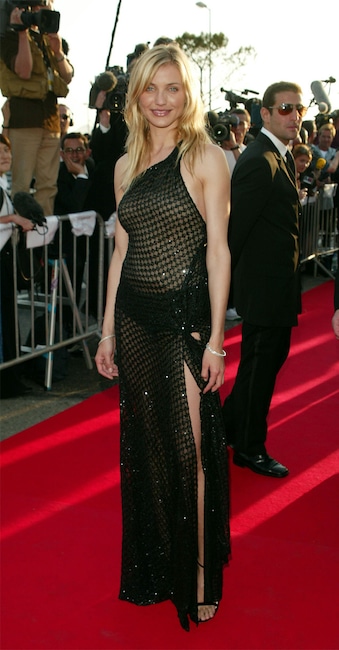 Cameron graces the red carpet in this little black number. The glimmering material and asymmetrical shoulder gives it some extra oomph. 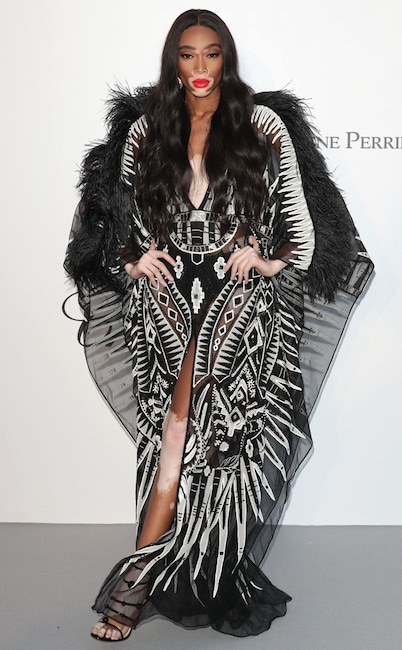 The 24-year-old supermodel goes bold at the 2018 Cannes Film Festival with this daring piece. 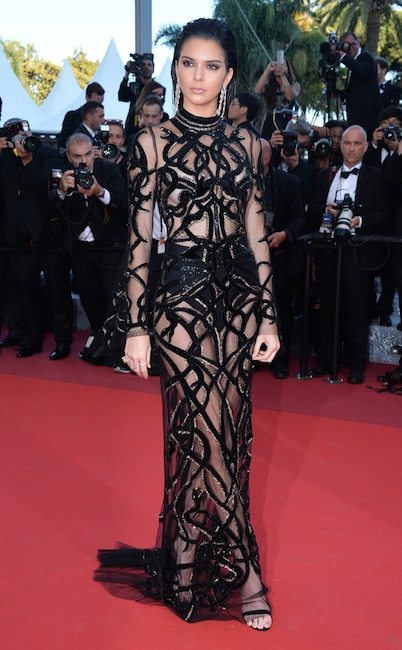 The 23-year-old supermodel makes the 2016 Cannes Film Festival her runway in this daring sheer black gown. 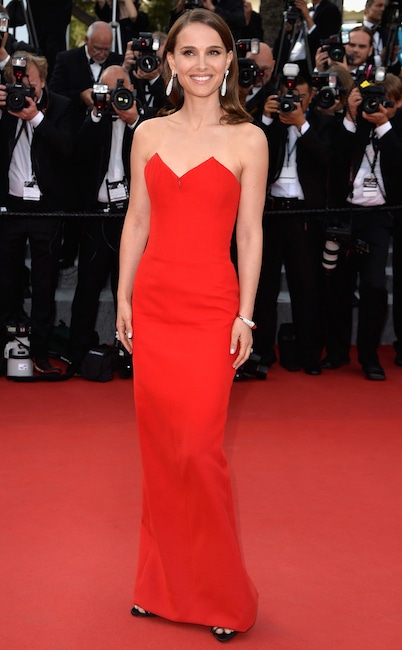 The 37-year-old actress is red hot, hot hot in this simple (but striking!) Dior gown.

For more fashion updates at the 2019 Cannes Film Festival, read all about it, here.