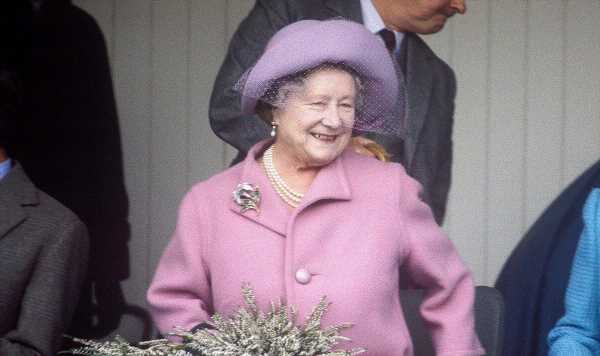 Members of the Royal Family tend to have their favourite tiaras, and the late Queen certainly seemed to rotate her best diadems depending on the occasion. But there are quite a few tiaras in the royal vault that haven’t had an outing in decades, including the Cartier Bracelet Bandeau worn by the Queen Mother.

As the wife of the then Duke of York (the future King George VI), the Queen Mother acquired a set of five bracelets from the prestigious jeweller Cartier.

In the 1930s the Queen Mother often wore the bracelets converted into a bandeau tiara, but she stopped wearing this and many other tiaras when she became the Queen Consort in 1936.

Few pictures exist of the Queen Mother wearing the tiara, but the late Queen was pictured wearing it in bracelet form on occasion, as was Princess Diana.

Royal jewellery site The Court Jeweller speculated that the Cartier Bracelet Tiara might have caught Meghan Markle’s eye as a royal wedding diadem.

The Court Jeweller said: “Meghan’s style tends toward the sleek and modern, so I think one of the coolest options available would be the triple-bracelet bandeau once owned by the Queen Mother.

“Although the piece hasn’t been worn in public as a tiara since the 1930s, the Queen still owns and wears the individual bracelets, and I have a feeling the tiara fittings for the piece are still around in the royal vault.

“Perhaps Meghan could wear diamonds and sapphires, conveniently donning something old (antique), borrowed (from the Queen), new (to her!), and blue?”

DON’T MISS:
The £4.2m home Beatrice & Eugenie could have had – but Fergie rejected [PICTURES]
Princess Charlotte could get tiara debut before Beatrice and Eugenie [INSIGHT]
Beatrice swaps baby blue for emerald as she steps out in London [ANALYSIS]

Meghan didn’t wear the tiara on her big day in 2018, however, opting for an Art Deco piece with a detachable circular brooch called Queen Mary’s Bandeau Tiara.

But the tiara could find favour with the next generation of royals such as the King’s granddaughters.

As the eldest granddaughter of King Charles and the only daughter of Prince William, Princess Charlotte, 7, is likely to have her pick of the royal jewellery vaults when she is older.

As princesses tend to wear simpler tiaras in their younger years such as the Cartier Halo Tiara or Meander Tiara, the Cartier Bracelet Bandeau might be worn by Charlotte to engagements in her teenage years.

Prince Harry and Meghan, Duchess of Sussex’s only daughter Lilibet Mountbatten-Windsor, 1, might also choose the tiara one day when she is older.

The late Queen’s youngest granddaughter Lady Louise Windsor could also opt to wear the Cartier Bracelet Tiara if she decides to get married one day.

Another of the Queen Mother’s tiaras that haven’t been seen in years is the Strathmore Rose Tiara, which was given as a wedding gift to the then-Duchess in 1923.

Her parents were the Earl and Countess of Strathmore and Kinghorne, so the name ‘Strathmore’ stems from the aristocratic family.

The floral tiara was purchased in the 1920s from Catchpole and Williams and it benefits from a transformable function.

The Queen Mother swapped it for grander royal pieces in her later years, such as the Greville Tiara and the Oriental Circlet Tiara.

But in 2002 the tiara was put on display at the V&A Museum in London, so it could still be seen again.

What language do they speak in Costa Rica, when were they last in the World Cup and what is the population of the country? | The Sun