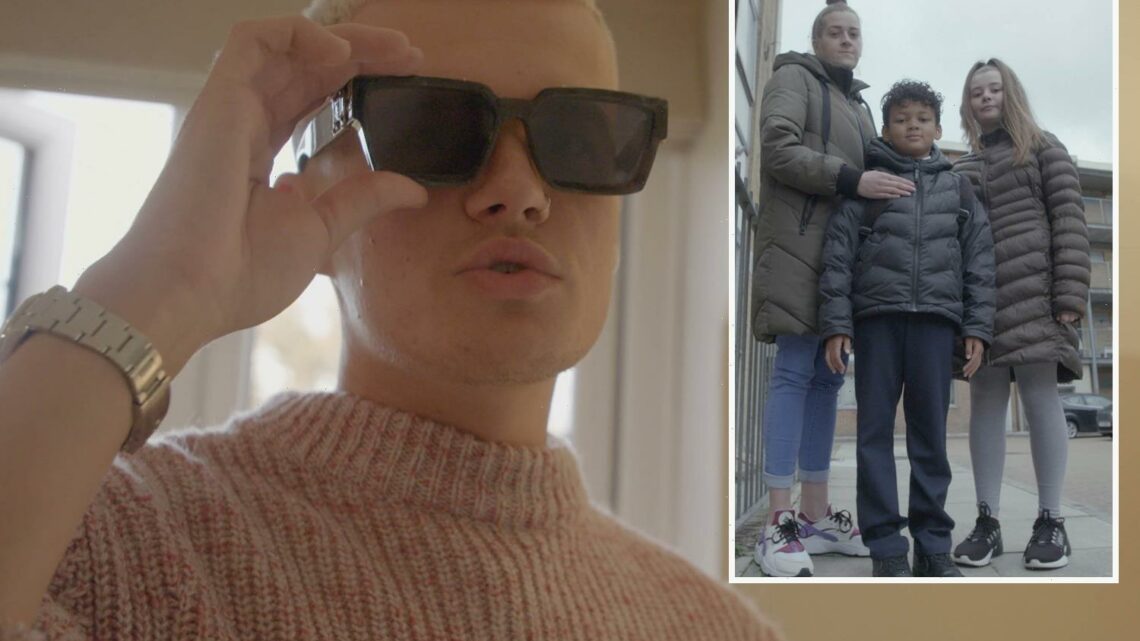 A PRIVILEGED student who lives from his father's millions was brought down to reality after spending just one weekend with a family on benefits on Rich Kids Go Skint.

Sam, 21, who is a privately educated kid and dubs himself the King of the selfies, lives between his divorced parents' mansions in Worcester. 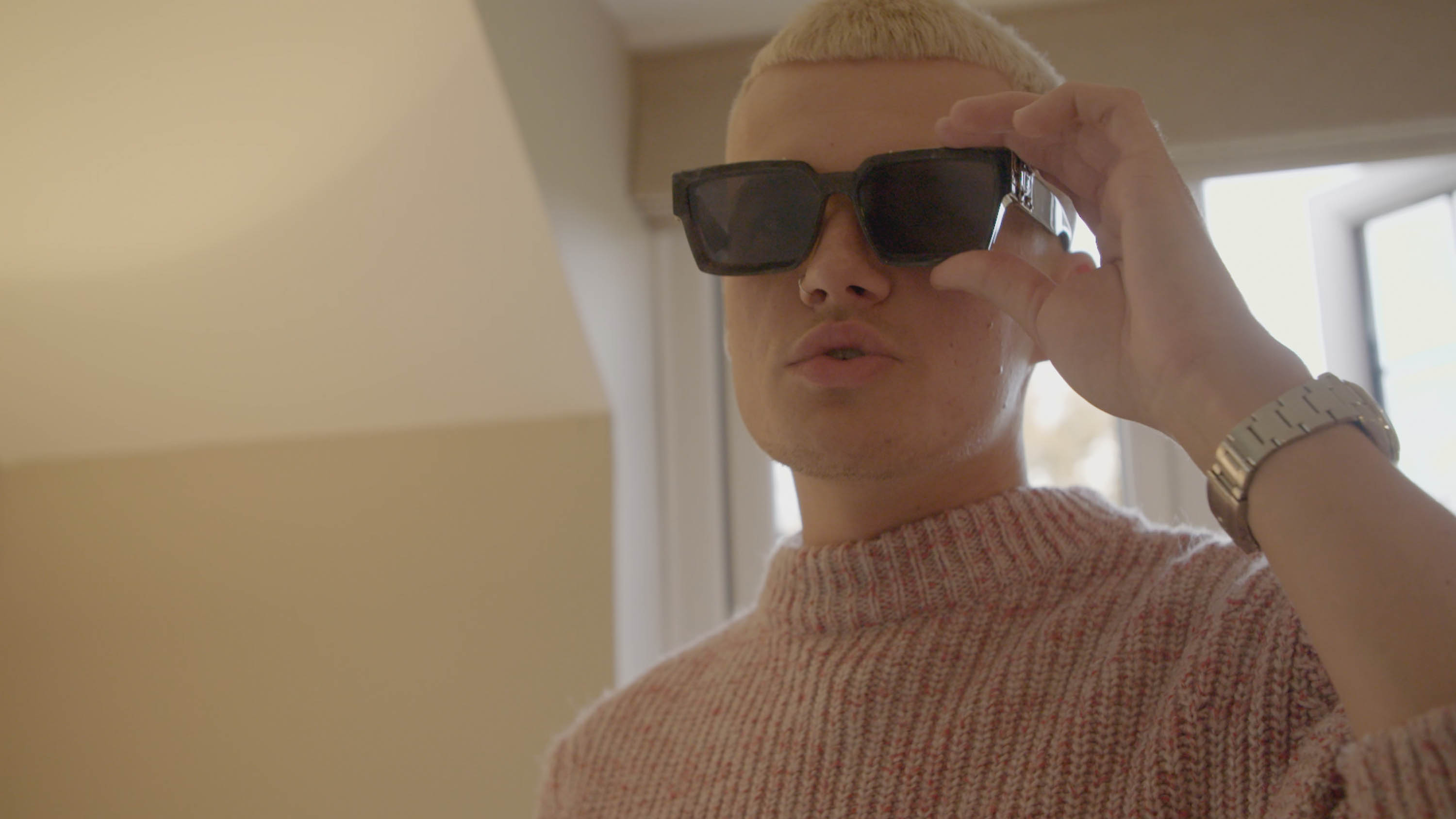 But the Business Management university student, who has never stepped foot in a council flat, swapped his rich life to live with Charlotte and her two children, Maisie, 11, and eight-year-old Malaki, in Poplar, East London.

Speaking on the 5STAR show, Sam, who has a £1.5k monthly allowance from his parents, said: “I have been to a council estate a couple of times, I wouldn’t want to live like that, I feel sorry for people who have to live like that.

“With social media you have obviously got to keep up a level of appearance. If I am going to a party, or abroad or something, I need a new outfit. I can’t be wearing last weeks.

“I have to say I am very vain, but I love myself. I have a lot of love for myself.” 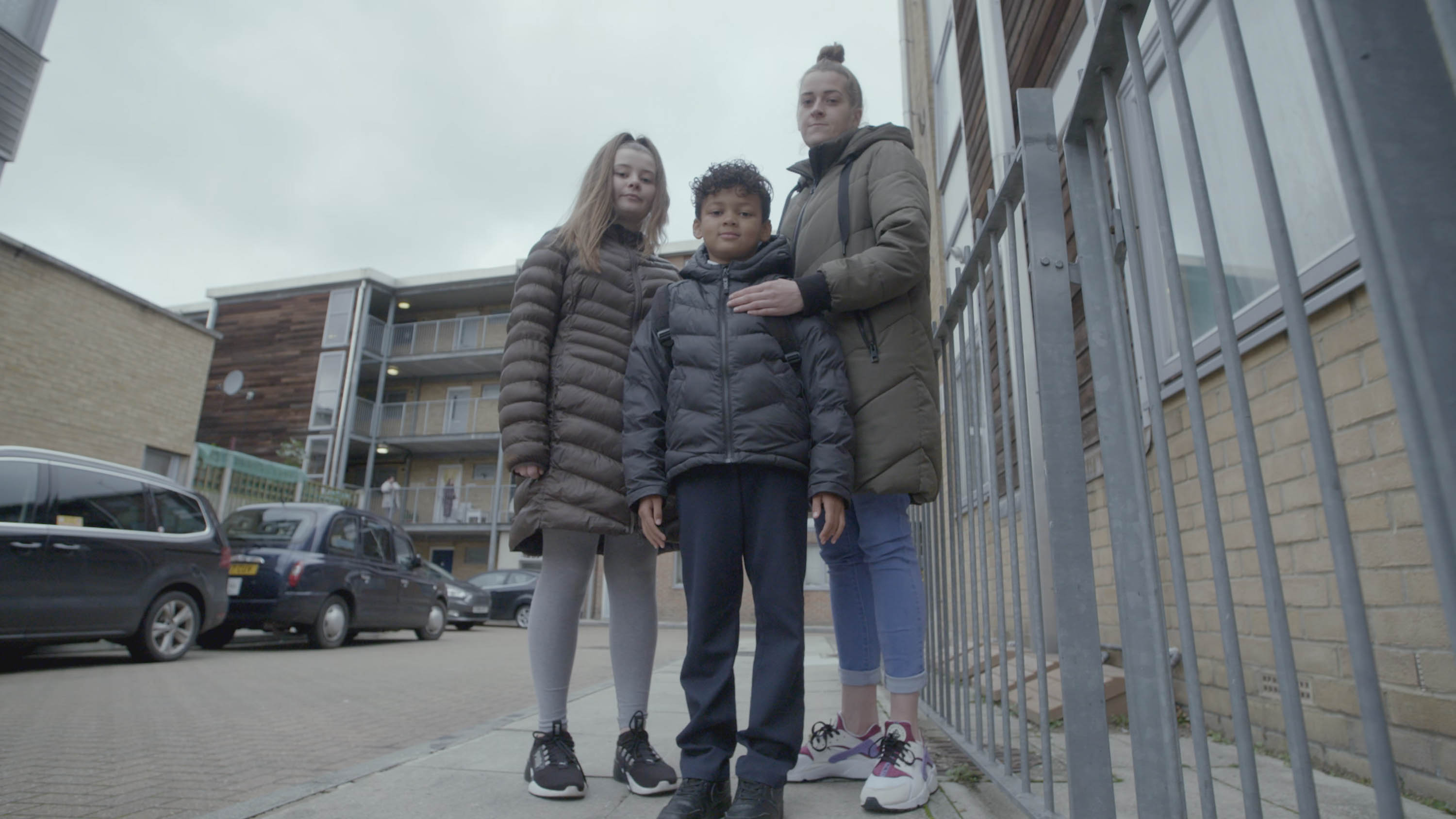 Sam’s parents divorced when he was younger, so Sam divides his time between mum’s sprawling mansion and his dad's massive 1.5 acre estate, with five bed-rooms and bathrooms, worth over £2m.

Meanwhile, Charlotte, who is currently unemployed and on benefits, lives in a three-bedroom flat with her two children.

Once all her rent and bills are paid, Charlotte is left with just £190 at the end of each month which has to include her food, and what the kids need.

She relies on food banks or going to friends' houses for dinner to eat, and she is trying to retrain to be a paramedic. 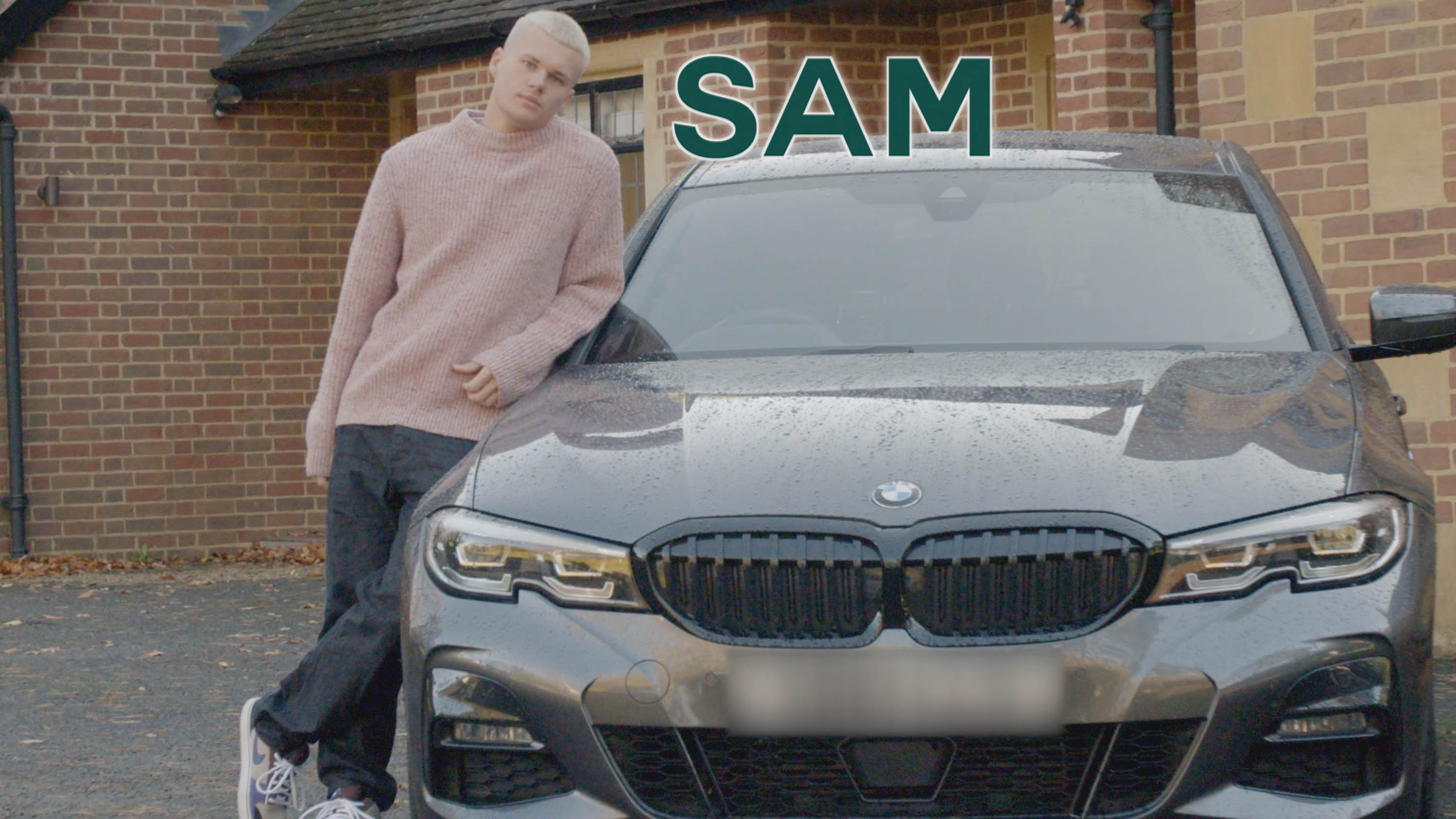 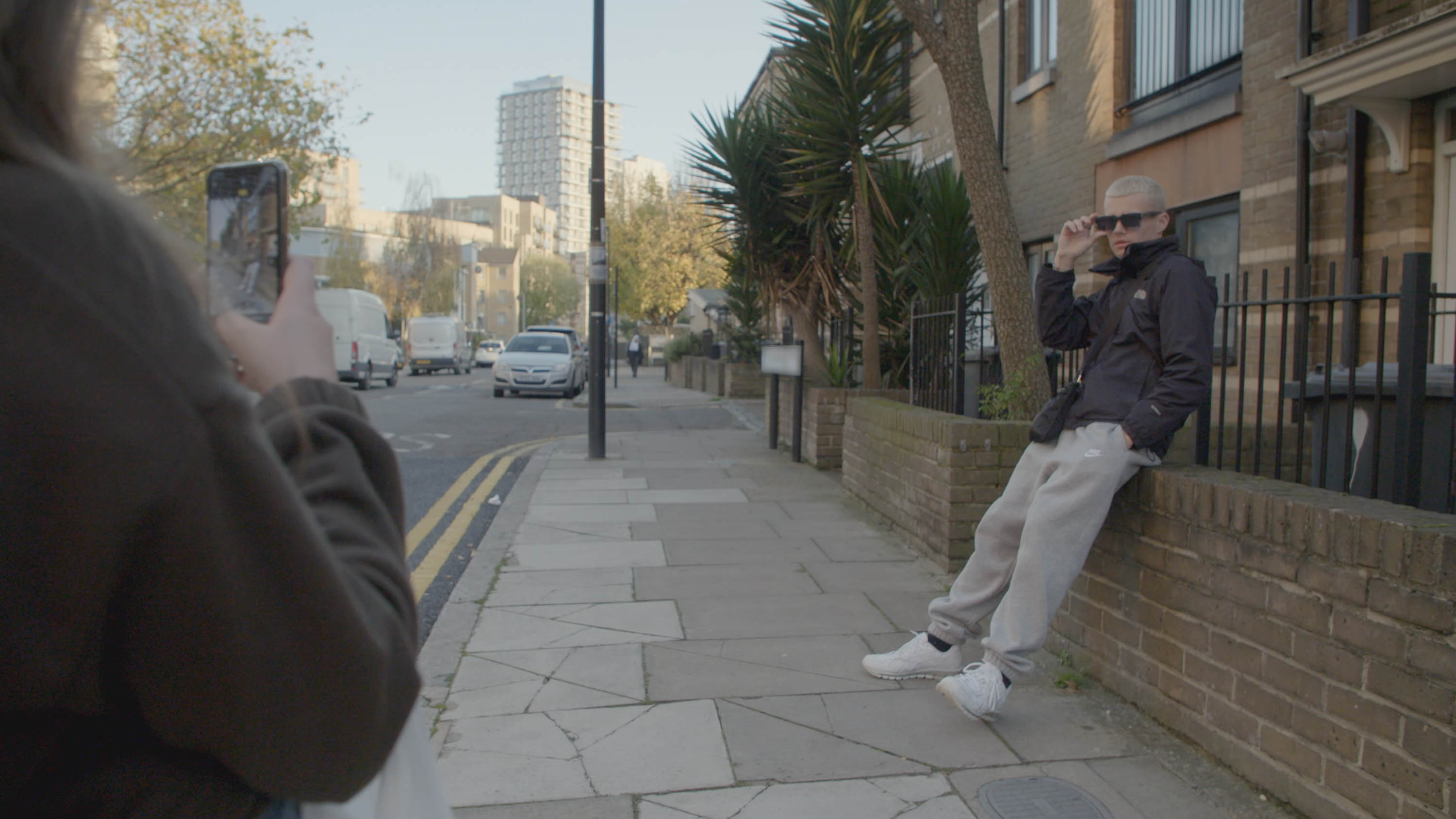 Charlotte says: “I got to the point where I had holes in my knickers because I was constantly buying for the kids and not for myself. My neighbour actually went out and got me knickers.”

And when Sam, whose wardrobe consists of a £6k Rolex, £1.5k Louis Vuitton bag and £320 All Saints leather jacket, arrives at the family home, he has quite the shock.

Pulling up at the block of flats in his £40k BMW, Sam – who is more used to acres of countryside – explained: "Terraced houses, next to nice-ish apartment blocks. 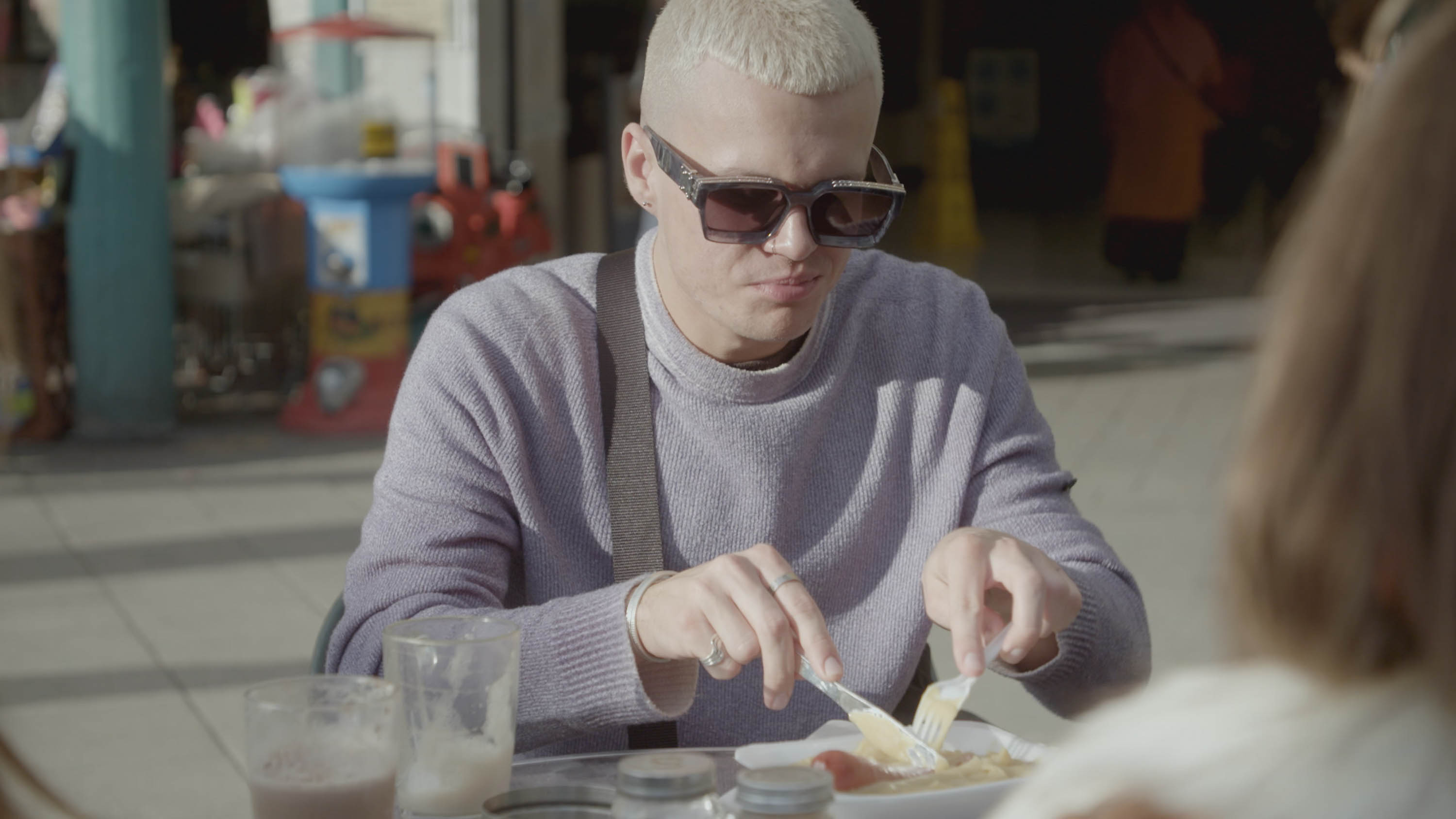 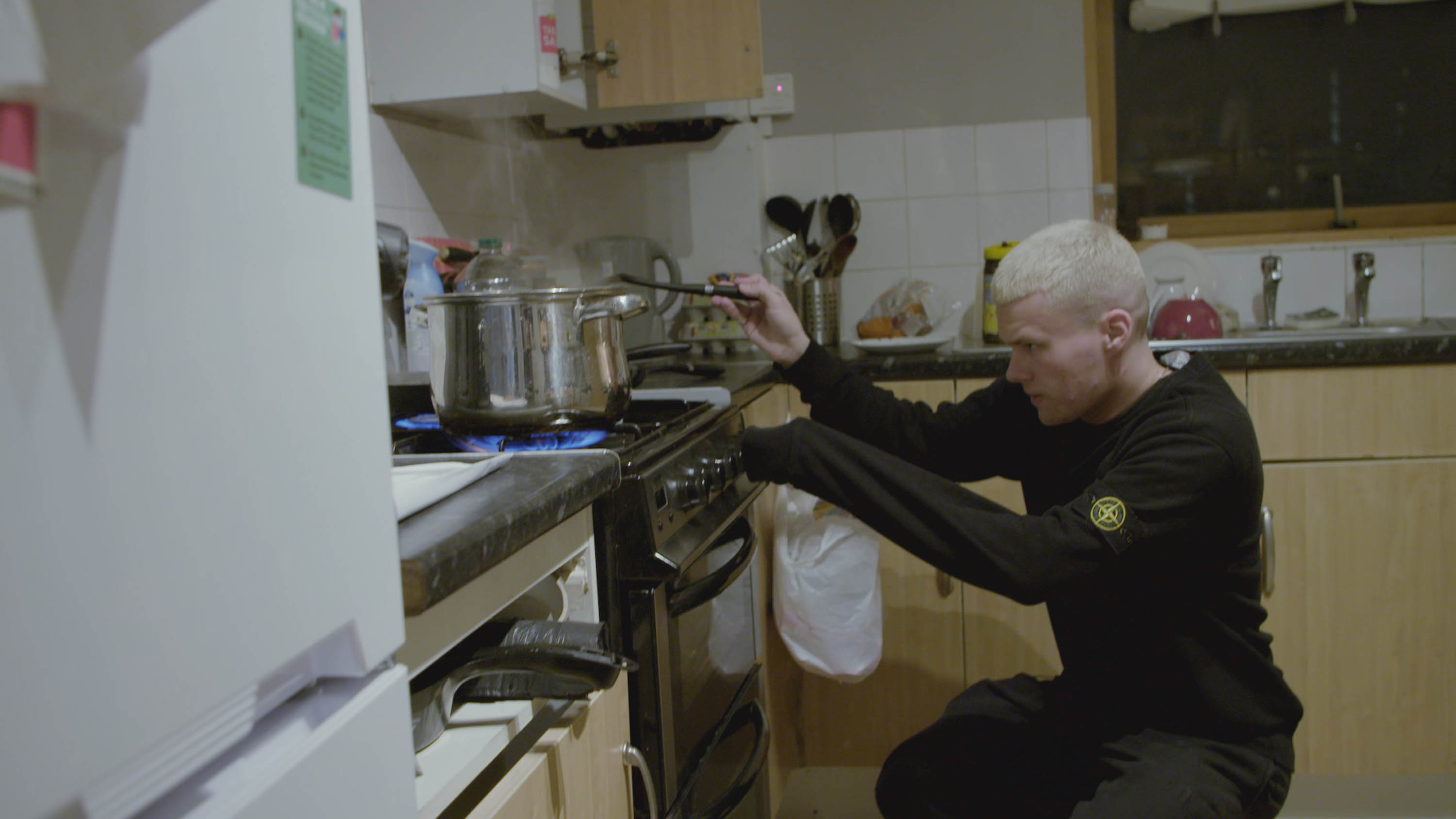 And when he gets a tour of Charlotte’s family house, things are quite the shock for Sam.

He said: “I would probably decorate it a little bit differently, but they are doing the best with what they can I guess.”

Unfortunately for Sam, council flats don’t have spare rooms – so he is sleeping on the sofa with no blinds.

Sleeping in the living room, he says: “We need to get that boarded up, and then we will be good to go.” 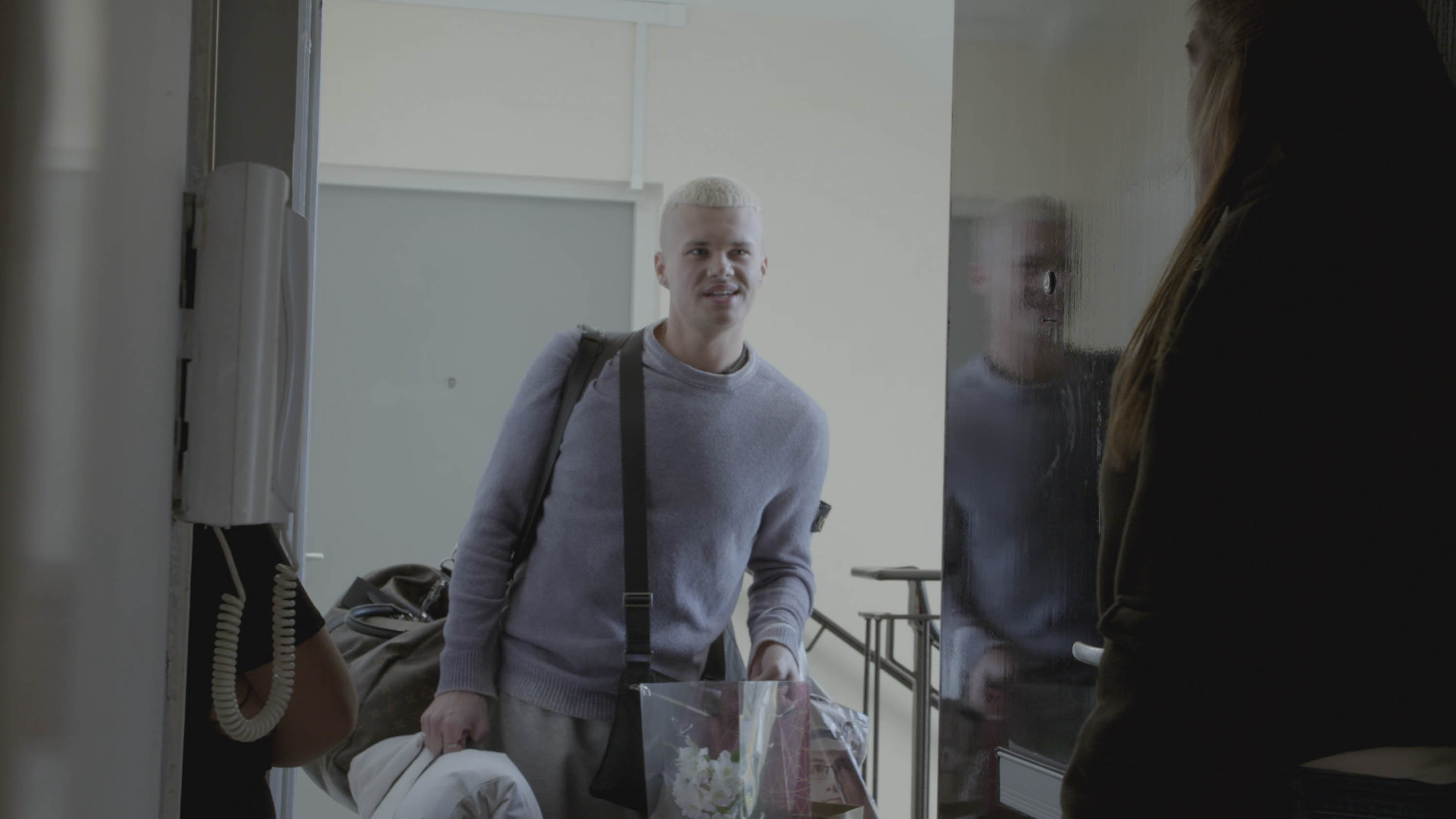 But the biggest shock for Sam is when it came to dinner time.

Because Charlotte cannot afford a dining table, it means the family are forced to eat dinner in the living room with the children on the floor.

Sam, who regularly dines at The Ivy and spends minimum £70 on cocktails and food when eating out, said: “I was a bit shocked to see the mat on the floor, I don’t find that comfortable, but it’s not an option for them to sit at the table.”

During the weekend, Sam, whose dad made his fortune as an owner of a construction equipment company, learns all about the family's struggles. 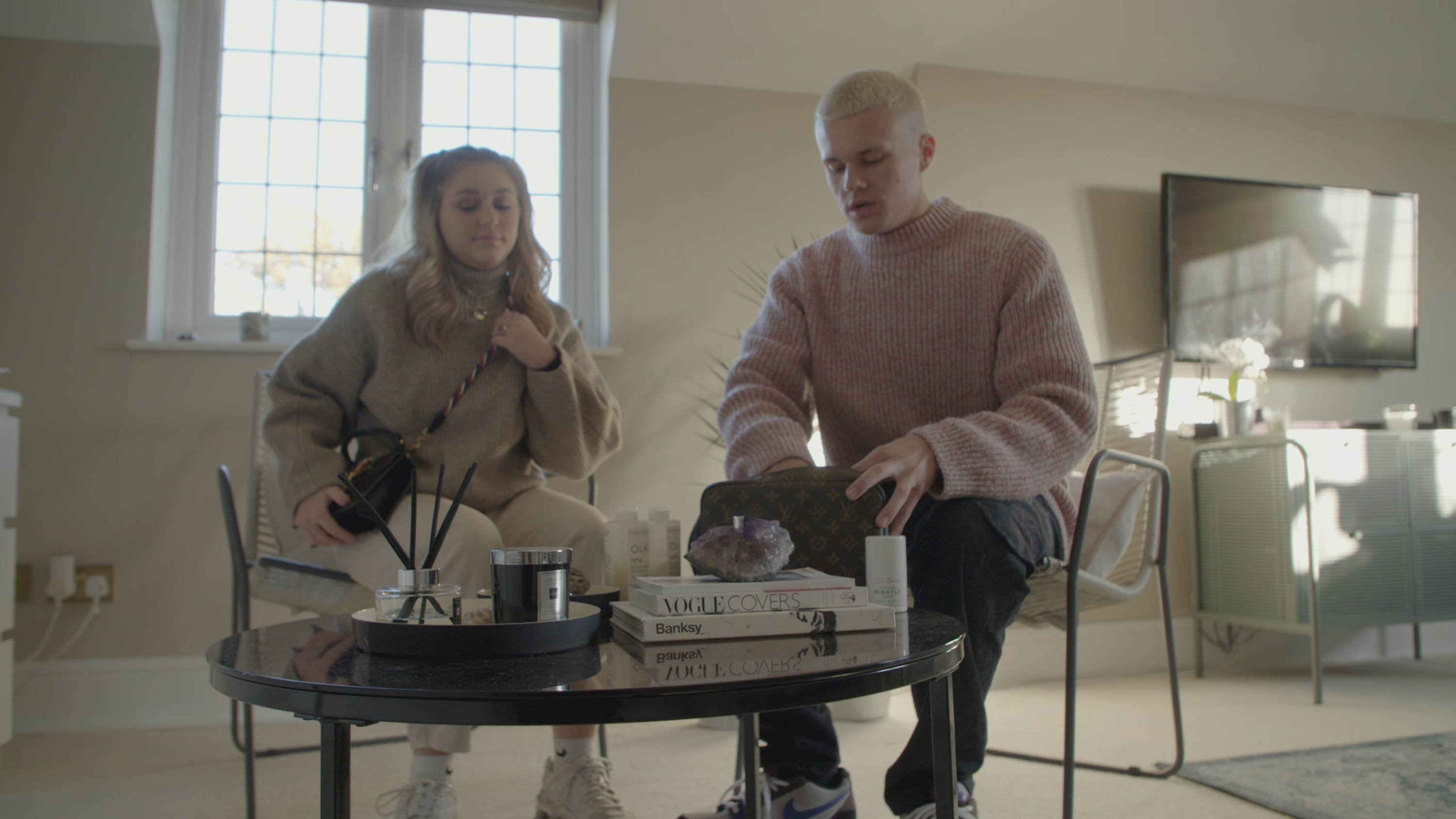 Mum Charlotte struggles to hear that he has the same monthly allowance handed to him, as she receives in benefits but hers is shared over bills, food and children's needs.

And there was more surprise for Sam when Charlotte took him to her local cafe and they didn’t have any oat milk for his latte at the local cafe, and the woman serving him reminded him that he needed “to remember where you are.”

However, once arriving back home, determined to get everyone eating together again, Sam decided to surprise the family and order them a dining table.

That night he also went out to buy the dinner with Charlotte's £5 budget. 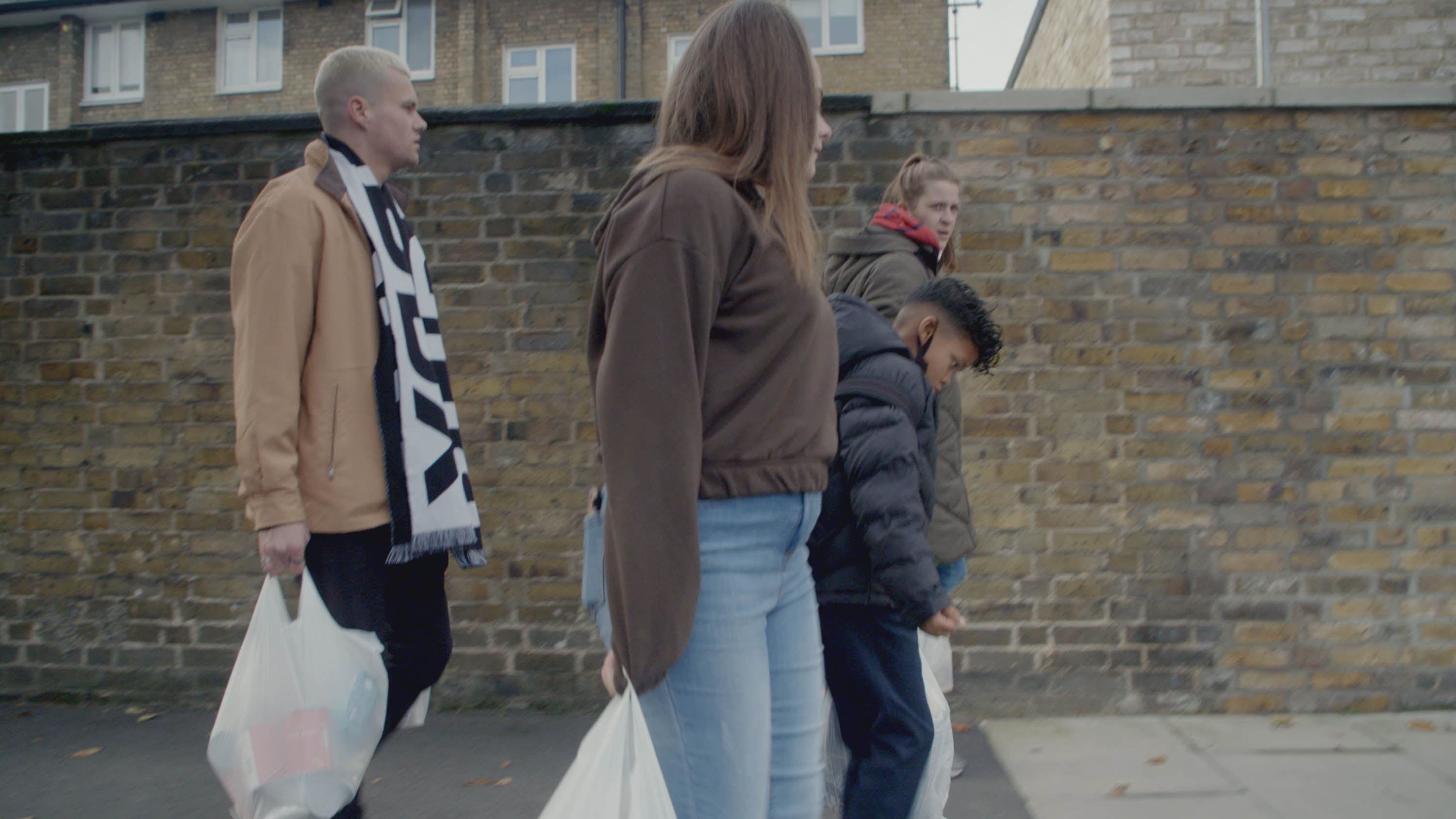 He said: “Back home I just buy what I want to eat. It’s difficult.”

And then preparing the food, Sam shared his thoughts on cooking as well.

He said: “This full on chicken is not touching these hands.”

“It’s just so chickeny, and it's just like…I’m sorry but no. I have  not had to cut up and handle a halal piece of chicken, and I don’t want to ever do it again. 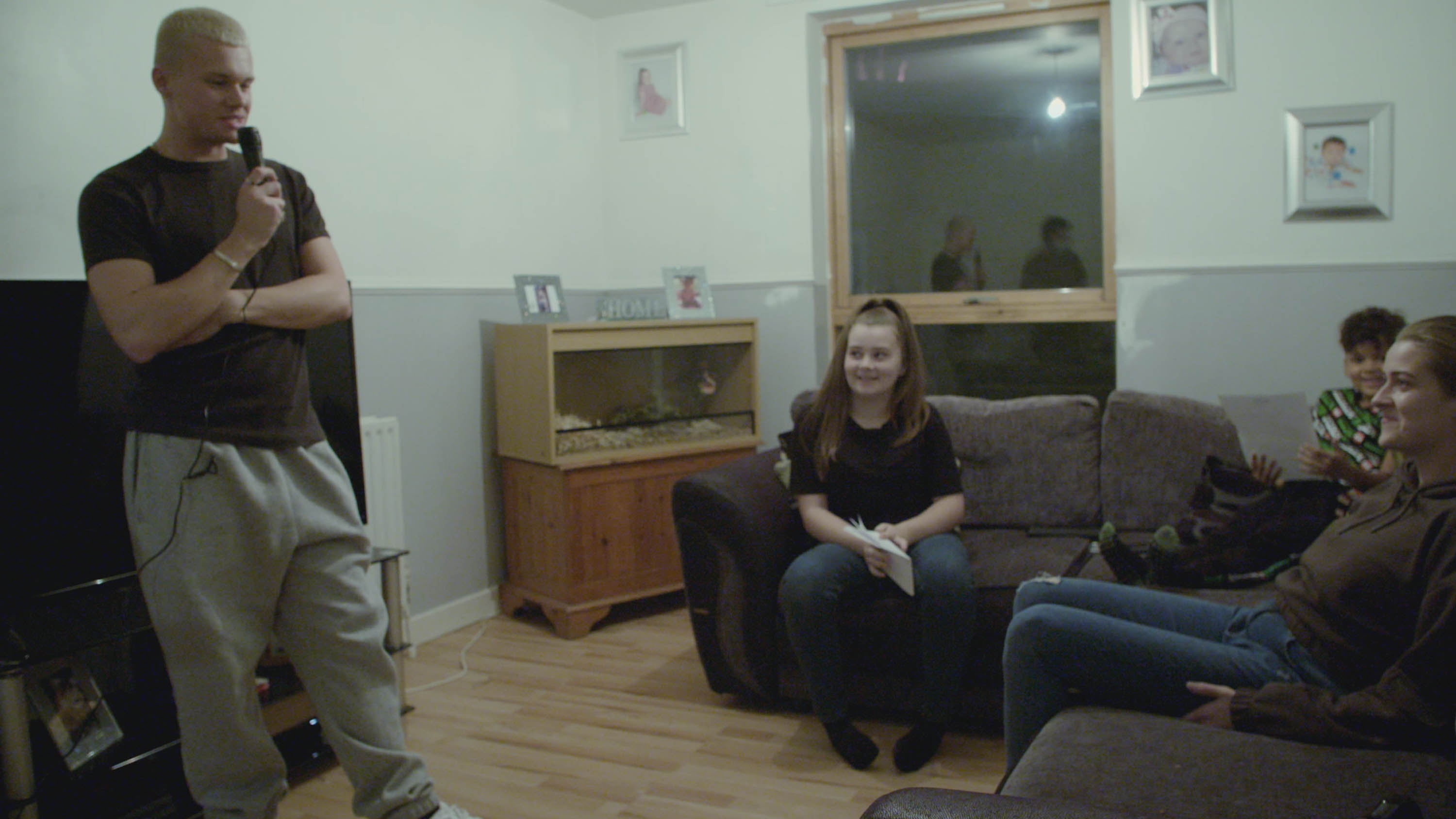 “It just looks, like, so raw, and you’ve got it’s little legs. If I don’t like it that much, maybe I should be vegan but I am not ready to do that yet.”

And Sam, who is sed to have acres of land surrounding his family home, was shown around the area and the local park which has recently had many stabbing incidents.

He said: “Obviously hearing that stuff is a bit unnerving. Just hearing people get stabbed on like a semi-frequent basis.

“It makes me feel a lot more appreciative, I have got all that garden space and can just go out in private space and enjoy the outdoors, rather than having to go in a park and necessarily be around other people.”

I got to the point where I had holes in my knickers because I was constantly buying for the kids and not for myself.

At the end of the episode, Sam explains how appreciative he is of the time spent with the family.

Speaking to Charlotte, he said: “It’s taught me so much.

“It’s just really inspirational that you're only 29 and the fact that you’ve been doing this since you were 17, it’s just amazing really.

“When I waste so much time, worrying about what my hair looks like and what my Instagram photo is going to look like, your priorities are so much different. You are a great mum. 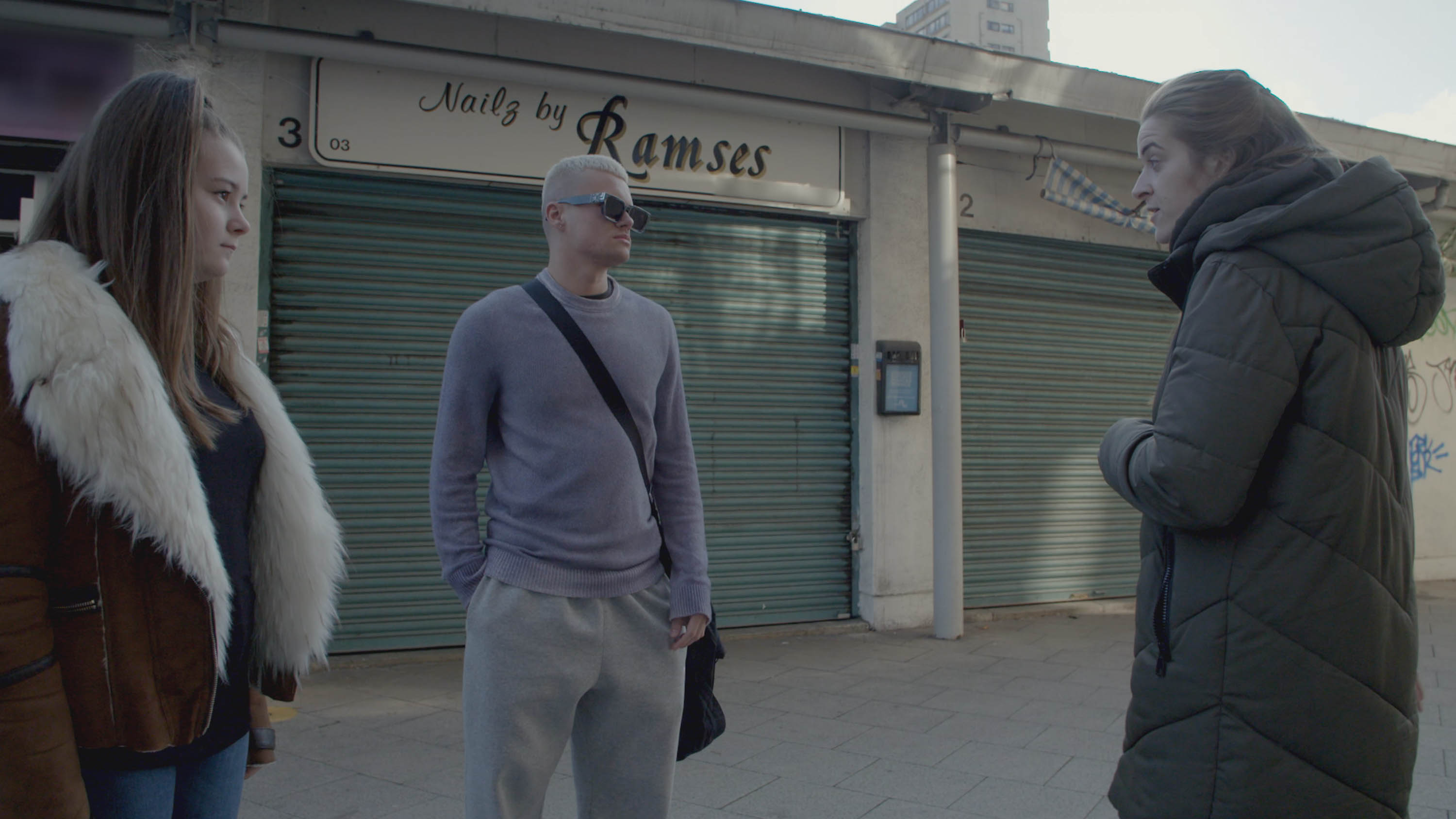 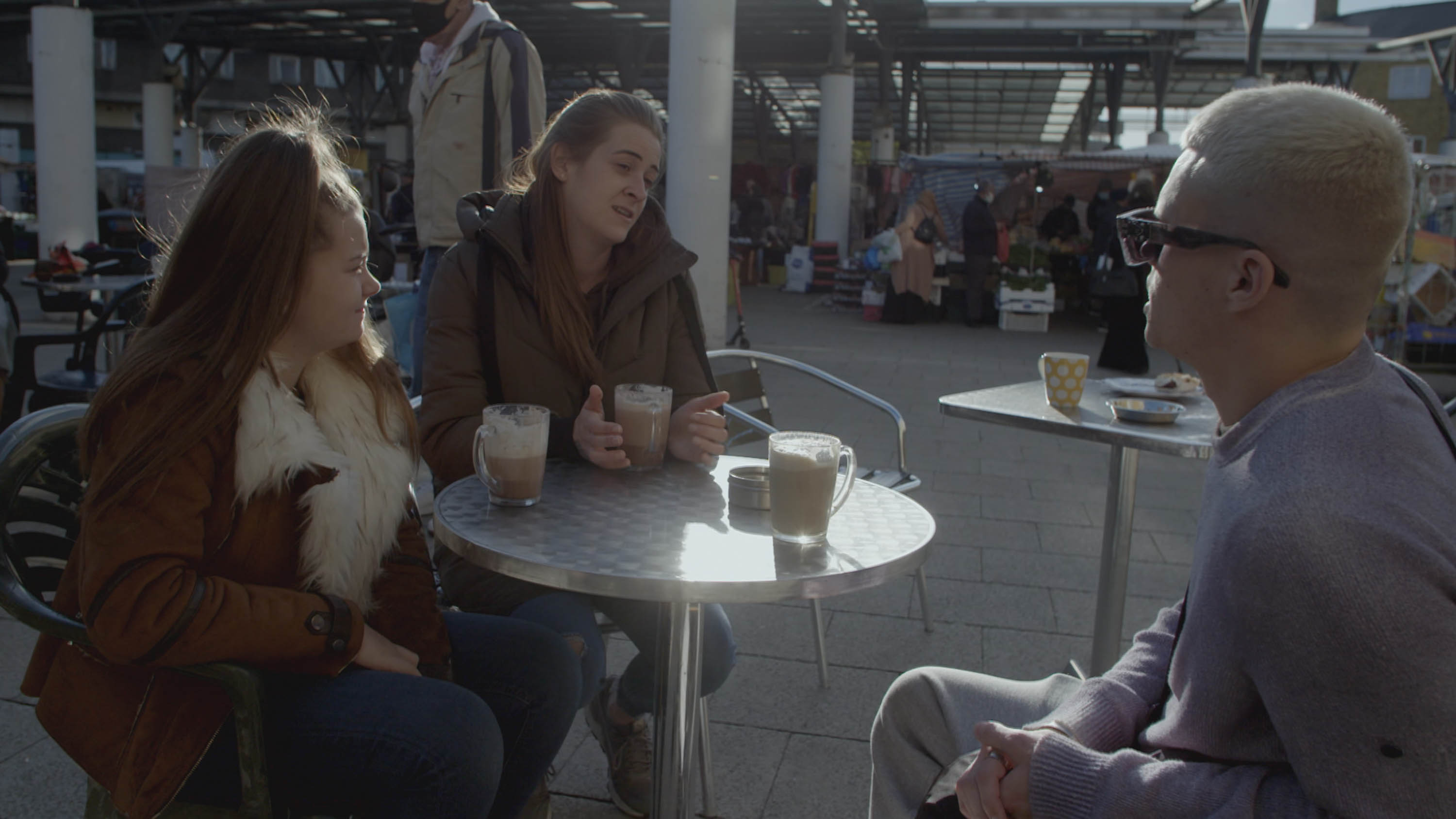 “It shows me in the grand scheme of things, what really matters and that's the people around you. And it just shows me lack of importance for material items.

“I’ve had such a great time, such a heartwarming fulfilling time that I didn’t expect.”

Rich Kids Go Skint is on tonight at 9pm on 5STAR.

In other news, this is Millionaire heiress who spends £100 on food a DAY disgusted as she tries Pot Noodle for first time on Rich Kids Go Skint

Plus we revealed what the stars of Rich Kids Go Skint are up to now.