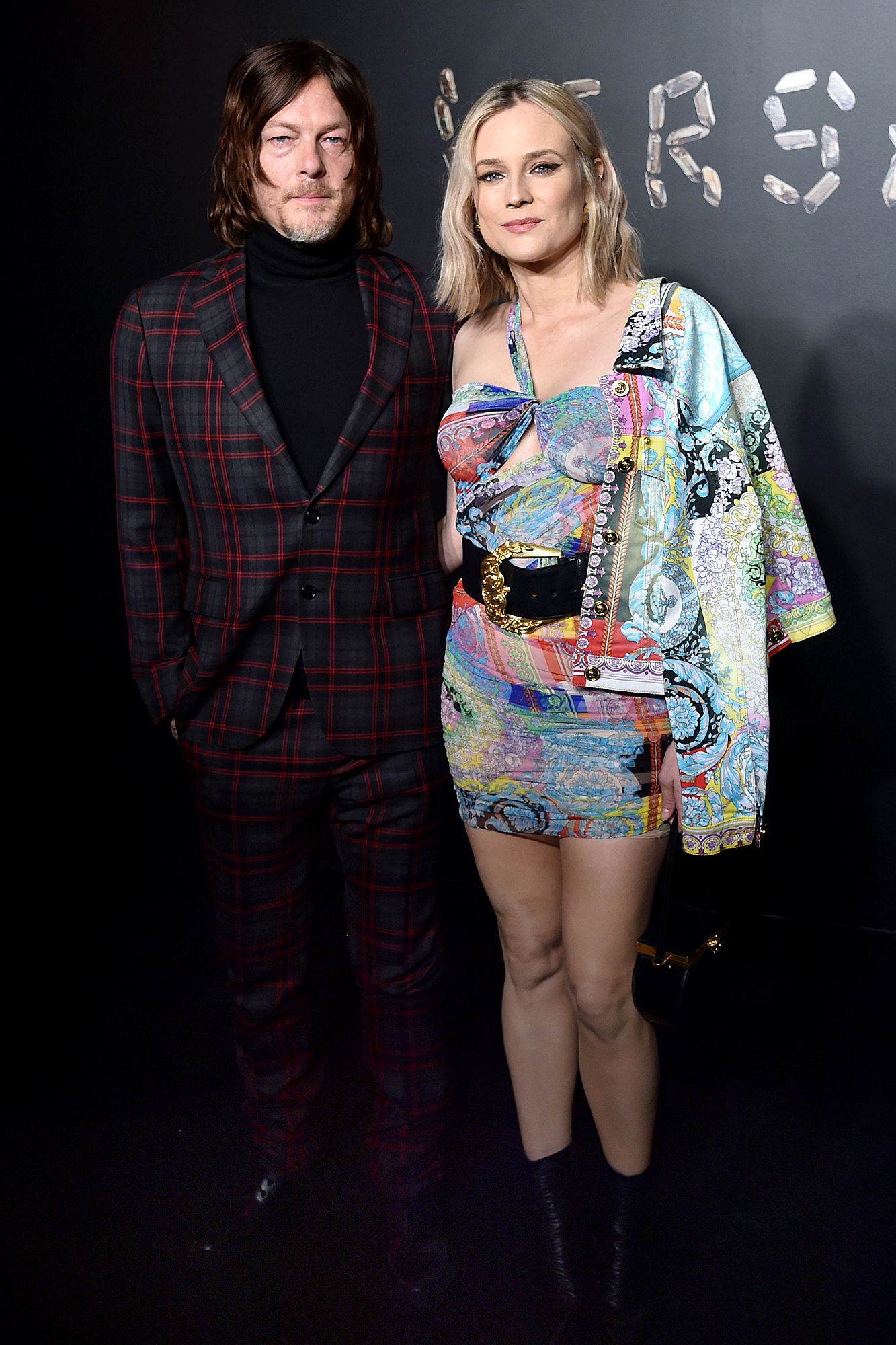 For the occasion, the Welcome to Marwen actress, 42, wore a brightly colored, mixed-pattern mini dress and matching jacket by the brand. She accessorized with an oversized belt, black stiletto boots and a boxy clutch.

Meanwhile, the Walking Dead star, 49, wore a black turtleneck, and a gray and red plaid suit with combat boots. The new parents didn’t veer away from PDA on the red carpet, with Reedus planting a kiss on his girlfriend’s cheek for the cameras.

PEOPLE confirmed the couple welcomed a baby on Nov. 2, but no other details — including the sex, name or birth date — have since been revealed.

While the new addition is Kruger’s first, Reedus is also dad to his 19-year-old son Mingus Lucien, his only child with ex Helena Christensen.

Back in May, multiple sources confirmed the pregnancy to PEOPLE after Kruger sparked rumors she was expecting at the 2018 Cannes Film Festival. She wore a variety of loose-fitting outfits to the event.

While the star never spoke publicly about the news, she was spotted with a baby bump in the months after it broke.

The first-time mom met Reedus while filming the 2015 movie Sky, in which Kruger’s character embarks on a journey of self-discovery after leaving her husband and getting involved with the actor’s character. They promoted the film together at the Toronto International Film Festival before going public with their romance in March 2017.