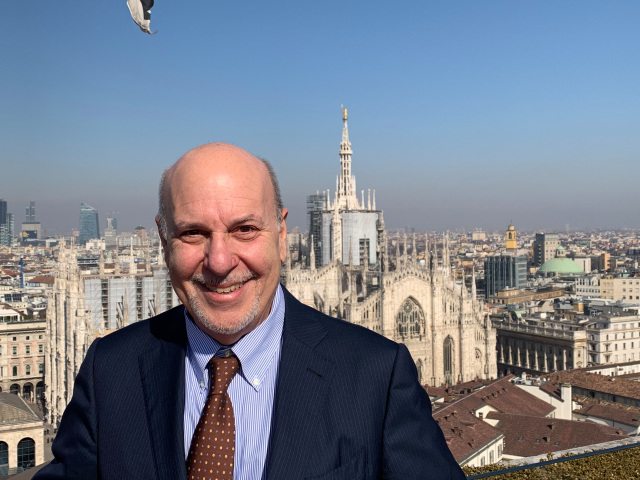 New Documentary Film on Birth of Italian RTW in the Works

ON SET: A new feature-length documentary promises to shed light about the rise of Italian ready-to-wear. Called “Milano,” the film is scheduled for completion in 2021.

American director John Maggio has signed on to direct it and Alan Friedman serves as writer and producer.

Friedman was a foreign correspondent for The Financial Times in Milan in the 1983 to 1989 period, and while in the Italian city developed relationships with designers including Gianni Versace and Giorgio Armani.

He has lately been involved in several initiatives with Italy’s Camera della Moda, including Milan’s first Digital Fashion Week last July, and in the fall of 2018 on another project hinging on sustainability. Friedman admitted to a wave of nostalgia for those years in Milan in the Eighties, which prompted him “to take an objective, real and independent look on how business and creativity came together, behind the magic and the genius, and to tell the definitive story of the birth of Italy’s prêt-à-porter. Ambitious, isn’t it?” Friedman said with a chuckle.

It is understood the storytelling will go beyond those early years starting in the late Seventies.

Friedman underscored that this was a “multibillion dollar project that is not a fashion film, but a film about fashion.”

At the same time, he offered that the film will highlight how Italian fashion “helped create the mystique and concept of Italian lifestyle” and the effect this had around the world over the years.

Despite the coronavirus pandemic, shooting began in Milan last month, but Friedman was mum on the names of the designers involved, while admitting that he was happy with the response so far.

While several pillars of those early years are no longer alive, from Krizia’s Mariuccia Mandelli and Gianni Versace to Gianfranco Ferré, it’s conceivable that Maggio and Friedman will be reaching out to top designers who have helped forge Italy’s fashion industry, such as Giorgio Armani and Rosita Missoni, as well as several Hollywood A-listers.

The film is being coproduced by Beaver Lake Pictures, Eagle Pictures and 3Marys Entertainment, in association with Maggio’s Ark Media production company in New York.

Maggio won an Emmy in 2019 for his HBO documentary “Panic: The Untold Story of The 2008 Financial Crisis,” and he recently directed HBO’s “The Perfect Weapon,” a new documentary film based on The New York Times bestselling book by David E. Sanger.

The producers expect to also shoot on location in the U.S.

Friedman’s last production was the documentary “My Way: The Rise and Fall of Silvio Berlusconi,” currently on Netflix.

He praised Maggio’s work, his “sophistication and understanding,” expressing his “enormous confidence” the director will create a “complete, harmonious and real” story beyond the gloss.

Friedman also touted the documentary film feature as “the sexiest and most attractive genre” around at the moment.

The film’s executive producer is Giuseppe Pedersoli, whose new film “The Truth About La Dolce Vita” made its debut at the Venice Film Festival in September.