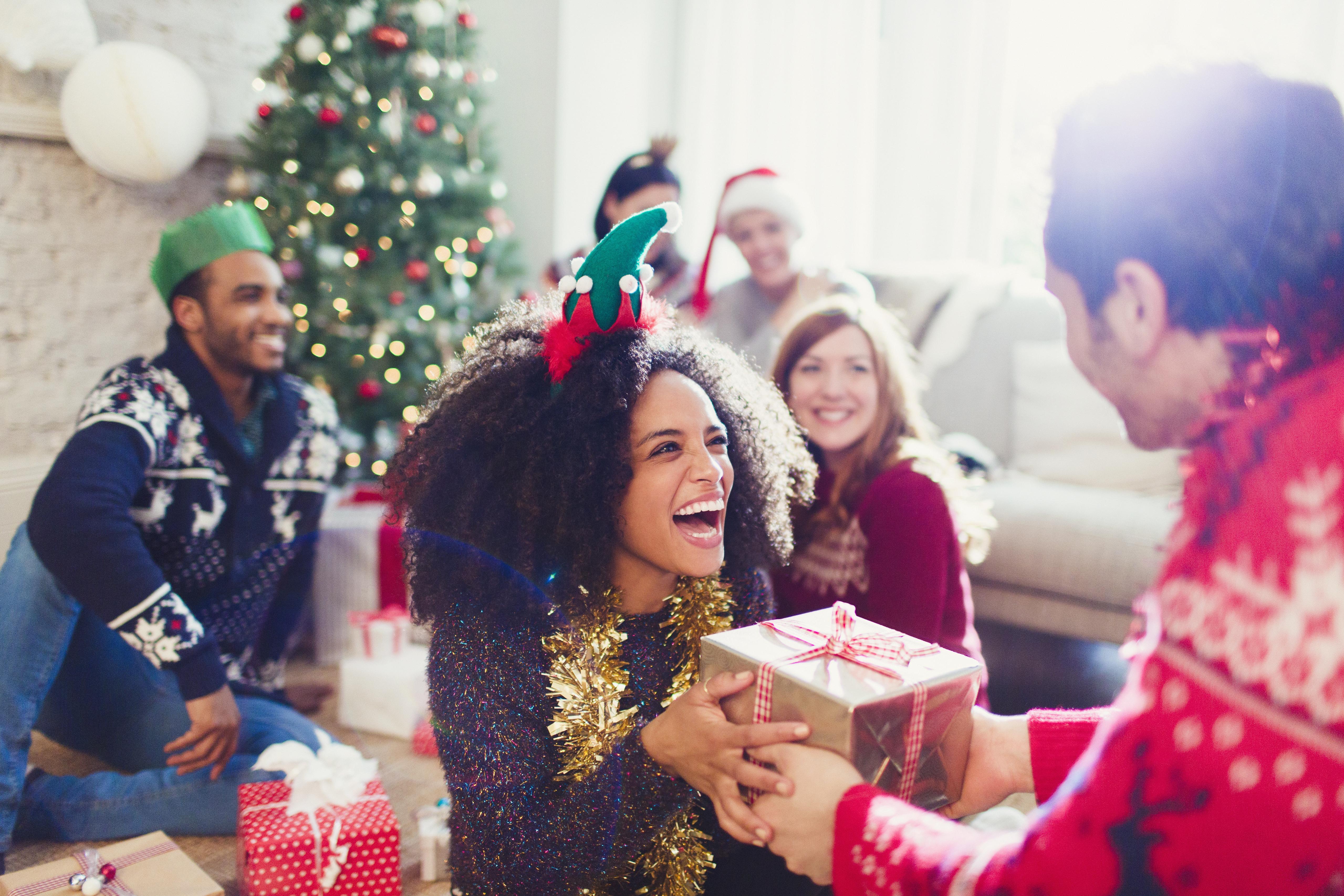 How do you react if someone who isn’t on your list buys you a present? Is money ever an acceptable gift? 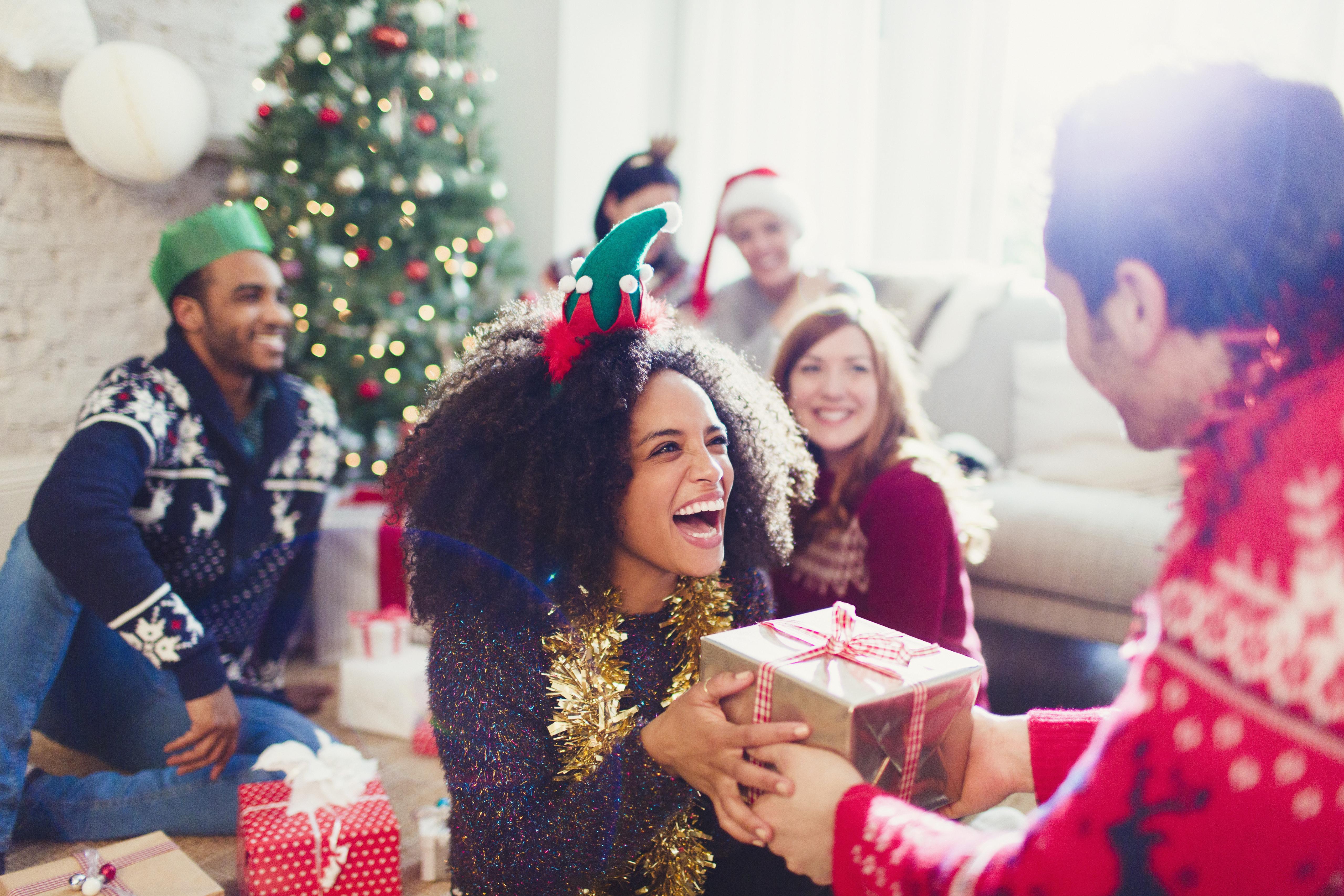 And what DO you do with that revolting jumper your aunt insists on buying you every year?

Luckily expert William Hanson is on hand to dispense valuable advice on the etiquette of Christmas gift giving and receiving.

Just don’t get him started on gift bags.

How do you know who to buy for?

The top line is that you should give to anyone you feel you want to – from your loved ones to your child’s teacher. 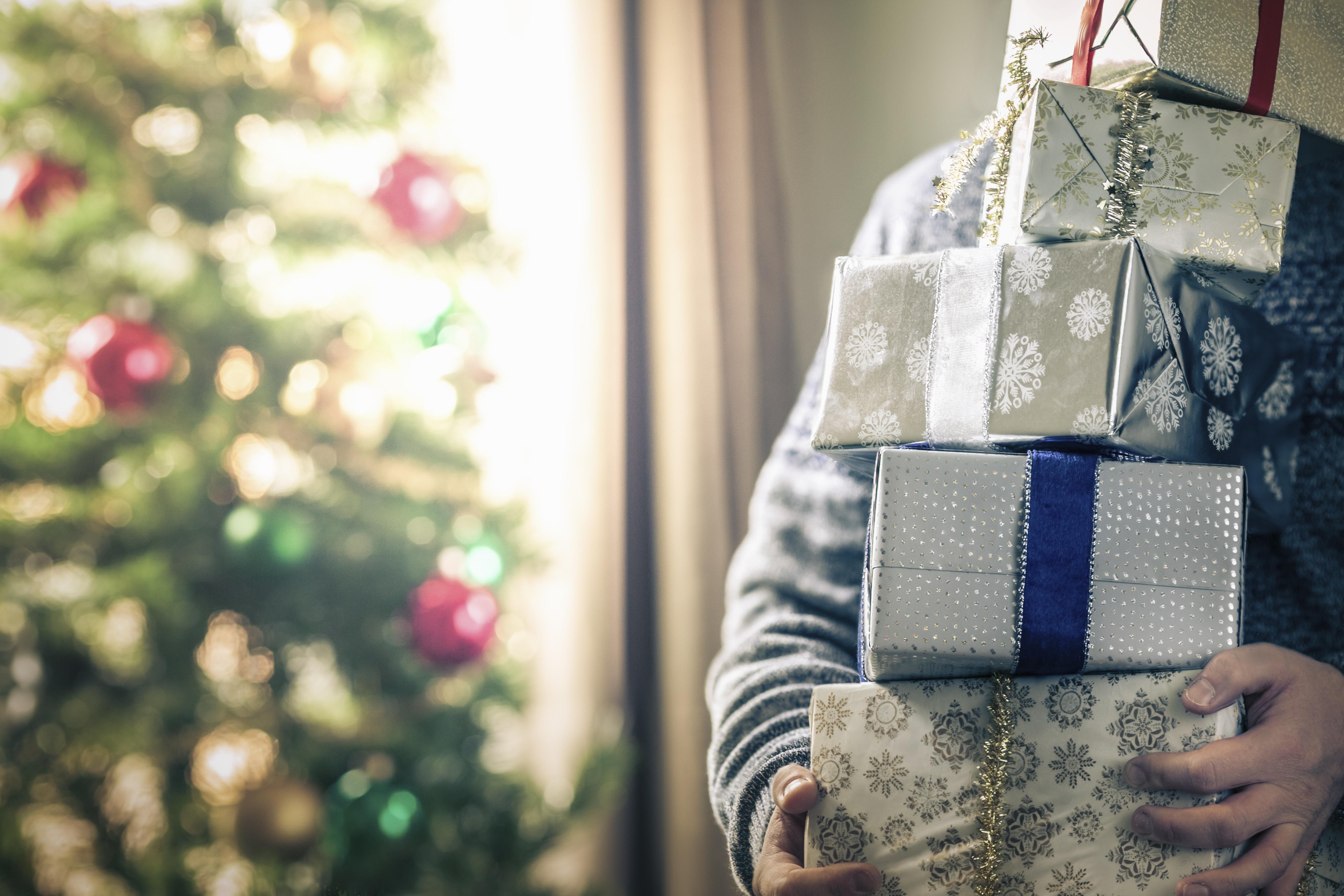 If you’re not sure whether someone is going to buy you a present, you could drop a hint in a text and perhaps say ‘I’ve just seen the perfect Christmas gift for you’.

But you shouldn’t ever give a present to receive one.

What if you receive a gift from someone you haven’t bought for?

Don’t run out and buy a rush present to reciprocate.  Accept it graciously and write a nice thank you letter.

I make a list of everyone who buys something for me, send each a letter, and then buy for them the following year.

How much do you spend if you earn a lot more or less than other family members?

Sometimes you have a family where one side has much more disposable income than the other side.

It would be rude or ill thought out for the wealthier side to give overly generous gifts which make the other side think ‘we can’t match that’ but equally it would be patronising for them to give something that costs very little. You have to meet in the middle. But most people know vaguely what the expectation is for close friends and family.

Something is better than nothing but don’t be ostentatious. It’s not a competition so if somebody’s gift to you is £10 or £20 more than your present to them, it doesn’t matter.

I’m not wild about money. Christmas lists with ‘all we want this year is money – here are my bank details’ are presumptious – although you tend to get that more with weddings.

Gift vouchers for Christmas are not much better.

The only time I have given a voucher is if I have been specifically asked for something, I’ve gone into the shop to buy it and they have told me they’re out of stock but getting more.

Then it’s acceptable to buy the gift voucher and send that, with an explanatory note. It shows that some thought has been put into that.

If someone has moved into a new house recently then a John Lewis or department store voucher is acceptable but if they are your nearest and dearest, then it’s a complete cop out.

For B-grade or C-grade friend, a voucher is OK if some thought has gone into it, it’s a store that means something to them and they can definitely use it.

I had a friend who lived in Yorkshire who was always sent John Lewis vouchers – when there was no John Lewis anywhere in the county. That’s literally a total waste of money.

When there’s no thought whatsoever, and it’s just the easy way out, I’d rather they didn’t bother. 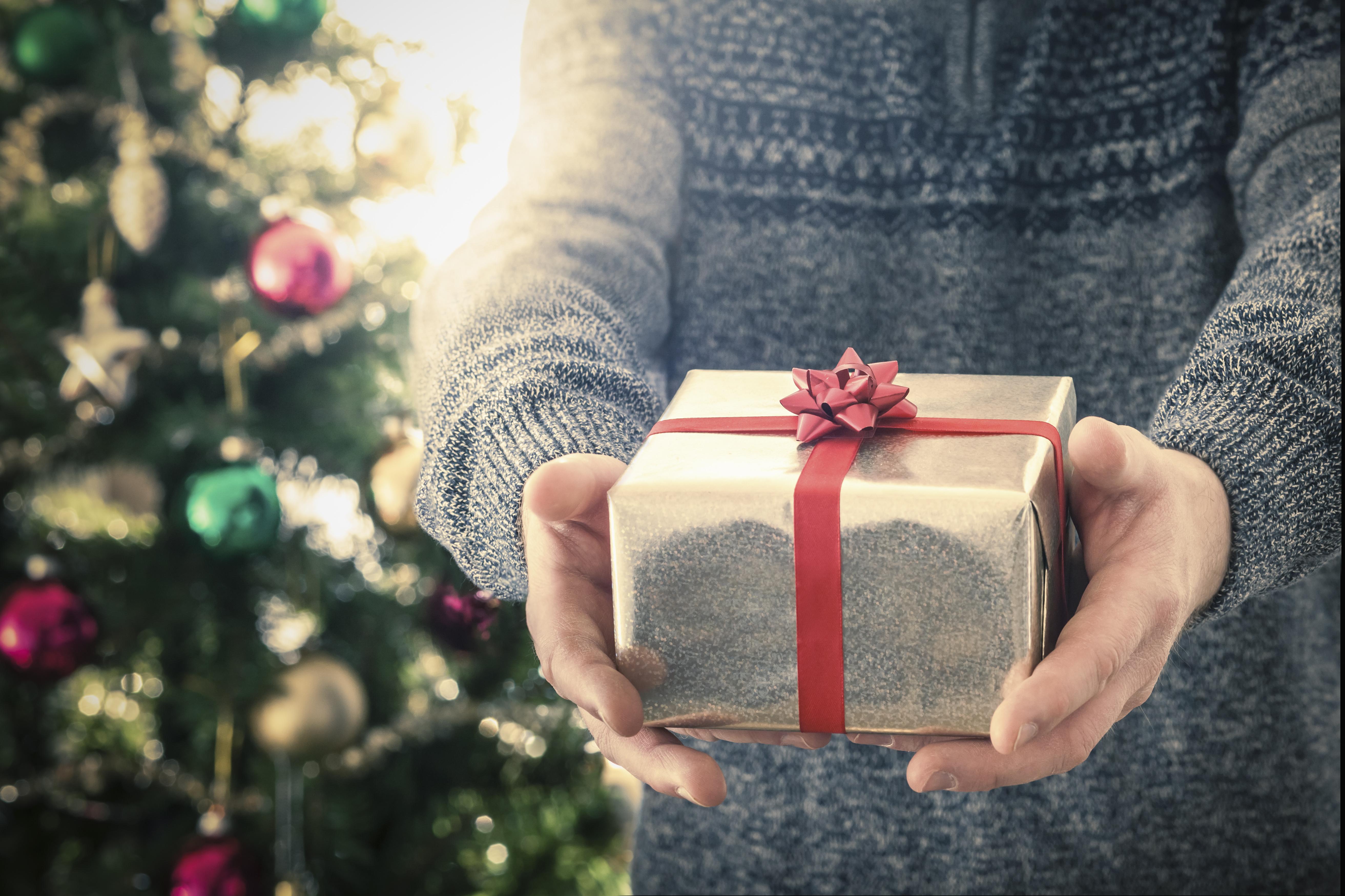 I HATE gift bags. Why bother making any effort whatsoever? It has to be gift-wrapped.

Putting it in a gift bag is literally minimum effort so I’d rather you just handed it to me and spared the pretence of getting a gift bag.

I’m not a brilliant wrapper. I went on a gift-wrapping course once but I think I’m beyond help. But even I can do boxes, books and DVDs so if it’s an awkward shape, you can put it in a box and wrap the box.

Part of the fun of Christmas or birthdays is sitting there and building up the anticipation of opening it and trying to work out what it is. 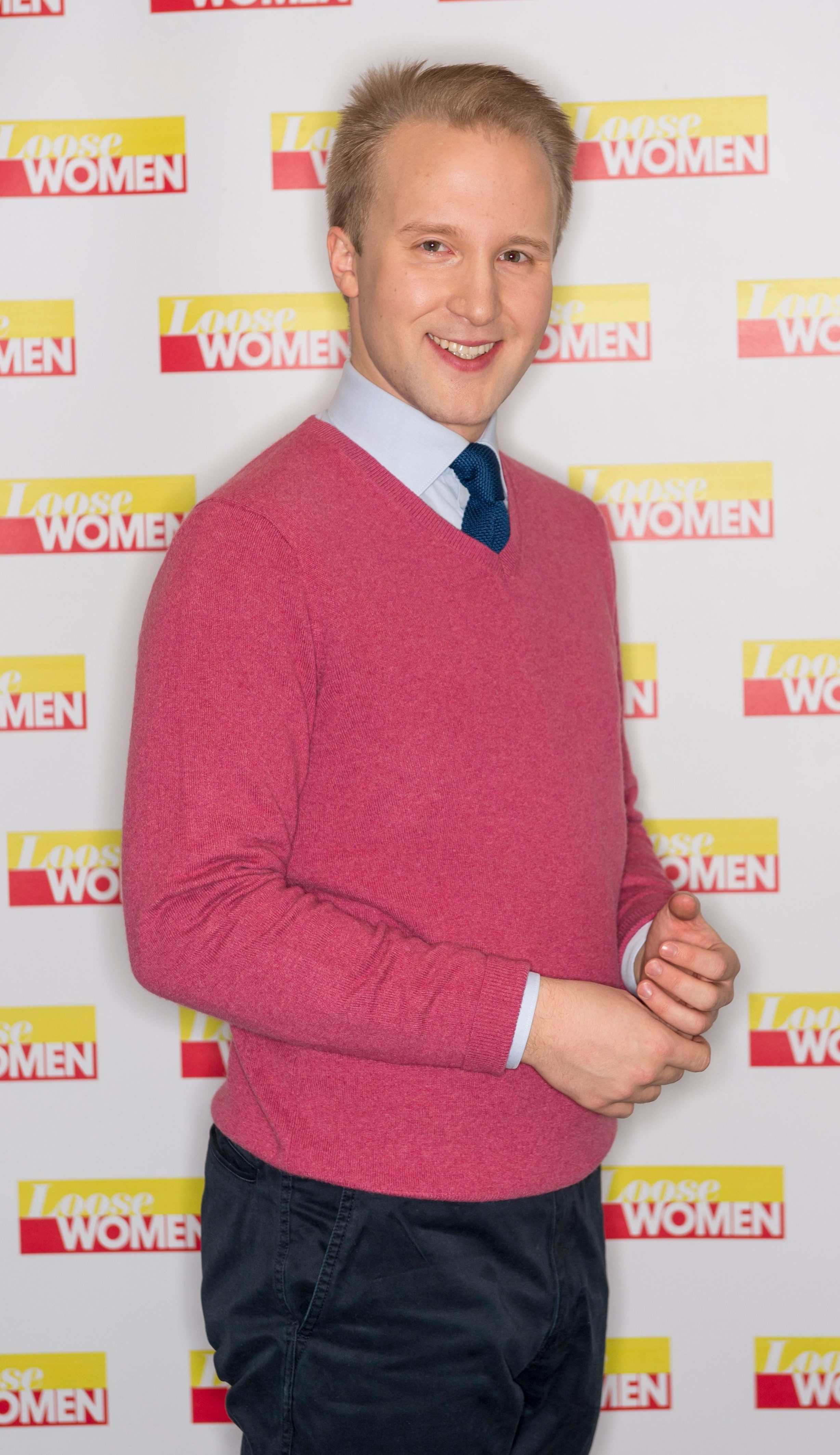 What’s the best way of dealing with unwanted gifts?

You can’t tell the giver of course. Every gift is very kind and generous and, even if it’s the worst gift you have ever received, you must be gracious and write a thank you letter.

If there’s no way on earth you are wearing it or putting it up in your house then charity shops are a good idea but you do need to make sure it’s a charity shop at least 30 miles away from the gift giver’s house. It’s just not worth the social shame.

Don’t EVER regift because that is bound to go wrong.

Is a thank you text acceptable?

A thank you text or phone call is better than nothing but it’s not really the same as a thank you letter.

A handwritten thank you letter means so much more, especially to the elderly, even if they use texts.

I wish I’d kept all my thank you letters from my late grandmother because it’s nice to look back and say ‘Gosh, that’s their handwriting and they actually touched that paper’ rather than sending a quick text while they’re in bed biting their fingernails.

It’s not really the same.

Are you ‘common’? If you have one of these six things in your bedroom the answer’s yes, according to an etiquette expert.

The Royal Family have put their Christmas decorations up – but an etiquette expert is ‘mortified’ at their timing.

Etiquette expert sparks furious debate by saying kids over FIVE should give up their seat for adults on public transport.