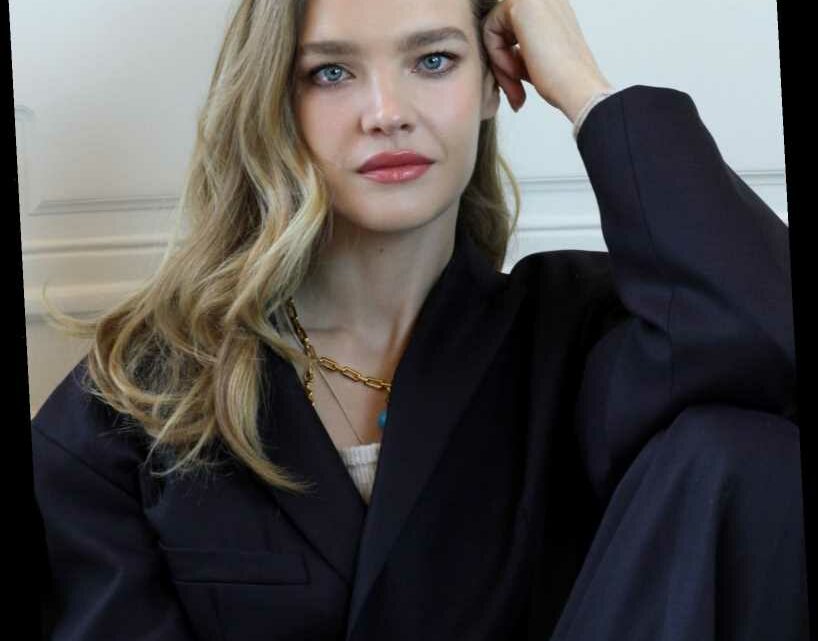 Natalia Vodianova on Being Named UNFPA Goodwill Ambassador: 'I Hope to Bring Even More Change' Supermodel Natalia Vodianova has graced the pages of every notable fashion magazine and walked countless high-fashion runways since she got her start at 17 (quickly earning the title "Supernova"). But just as impressive as her fashion credits are her accomplishments outside the modeling realm through her extensive charity work.

The Russian model has long championed advocacy for children and those with special needs through her charity, the Naked Heart Foundation, and now she's taking her efforts a step further through her new duty as a Goodwill Ambassador for the United Nations sexual and reproductive health agency, UNFPA, which was announced today.

Vodianova, 38, joins the all-star list of other celebrity UNFPA ambassadors including Ashley Judd and Princess Mary of Denmark to tackle the stigma and taboos around women's health, specifically society's approach to menstruation that has lead to women being discriminated against and excluded from societies. "Menstruation is a normal bodily function. As UNFPA Goodwill Ambassador, I want to work to build a world where we no longer need to explain this," Vodianova says in a statement about the challenges women face, which can include "exclusion from public life, barriers to opportunities, sanitation and health, heightened vulnerability and even life-threatening neglect."

When PEOPLE caught up with the "Supernova" to learn more about this new role, she explained that her interest in this work all started three years ago when she was asked to help promote the Indian film, Pad Man, which highlights the taboos around women and menstruating, by sharing a selfie holding a pad. "I thought, 'Cool, of course, that's so great.'"

"I posted a selfie with a pad, inviting people to watch the movie and to find out more. Just 30 minutes later, I already had a thousand comments. I was expecting comments like, 'Good on you girl,' and, 'That's so important to talk about it,' but they were really 90% comments of hate — and mostly in Russian," Vodianova tells PEOPLE. "And so, here I am thinking that this is very much a problem [in] India, while receiving thousands of comments from my home country. Understanding that this is so close to home was a very big realization."

She decided to "do something about it" and created the platform, Let's Talk. She started by interviewing her friends in the fashion industry (including models Doutzen Kroes, Emily Ratajkowski and Izabel Goulart) to talk about the experience of getting their first period and open up the conversation "about things that no one will ever ask you in an interview."

While Vodianova's experience getting her first period wasn't anything too dramatic, dealing with it every month was something that did consume a lot of her time. "I spent my life as a young girl and a woman just doing everything not to leak, it's such a huge taboo, and definitely something that, if it ever happened, I think I would probably die."

She recalls "living in horror" that someone would accidentally see her leak, recalling a story of washing her own hotel sheets after she bleed during the night so a maid wouldn't find it. She says the cure to ending the shame women face around the world is to start by talking about it.

"Let's Talk was about trying to really identify it as the shame and stigma that needs to be broken," she explains. "And then gathering together the government officials, policy makers, activists, the doctors, health professionals, and really any relevant person to see, to speak about the experiences and what they're trying to do, and [start] talking about it — very loudly — and get some gathering of voices together to create impact."

She began working with the UNFPA through Let's Talk and hosted panels in Turkey, Nairobi, Minsk, Belarus, Tokyo and Davos. "It's always wonderful to see that when you gather people together, when you start a conversation, then you just sometimes just need to sit back and watch how everything else happens around that initial introduction."

She's honored to be able to spread her message even more widely by becoming a UNFPA ambassador. "It means a lot to have this, the platform of officially joining UNFPA as an ambassador. I do hope to bring even more change."

She can't wait to return to traveling and hosting panels in the post-pandemic world, but for now, her motivation comes from people like fellow UN ambassador Emma Watson, whose work in the HeforShe campaign specifically resonates with Vodianova.

"HeForShe is something that I really understand and relate to. Because I think that the conversation without men, and the change without men, is not possible," she shares. "And it's very, very important. I'm also a mother of four boys and one daughter. And for me, bringing men and boys on board, it's almost as important as communicating to girls and women their rights and their worth."

And she's practicing what she preaches in her own household. The mom of five — she shares sons Lucas, 19 and Viktor, 13, and daughter daughter Neva, 14, with her ex-husband Justin Portman and two sons Maxim, 6, and Roman, 4, with husband Antoine Arnault — started breaking the taboos around sex with her oldest son at age 9 when they had the "birds and the bees" talk.

She feels it's important to have the conversation when children are curious about it and it's "not yet a taboo subject."

"When it's not something that they already discussed with their friends, and they find out on the internet somehow, the stigma does not exist yet. So you can really put it in a form that is beautiful. Because it's something so beautiful," she explains. "Giving birth is a miracle. Being together is a miracle. All these events in your life is so precious. And often they are either stigmatized, or they are devalued."

For now, she's doing what most parent are doing at home amid the COVId-19 pandemic — keeping her kids entertained! — while focusing on the work she wants to tackle next.

"It has been challenging, challenging times in certain ways," the model says about the past year. "And [2020] has been very long, and definitely keeping my teenagers happy has been quite a challenge because it's difficult for young people, especially today."

But she's quick to add: "I am extremely blessed because I'm in loving relationship with my husband, and we live in a big home. When you think about women and girls that live in violent homes — they have no escape from it with pandemic. And we know that those who were in poverty became even more poor than ever," she adds, referring to the rise in extreme poverty.

"It's really a quite humbling period in my life, and definitely period of reassessment of what's important. And therefore, taking on this role with the UNFPA is something that I'm consciously committing to, because I do understand that if there were issues, now there are even more issues following this disastrous year."

Now, more than ever, Vodianova is ready to get to work.