Home » Fashion » My girl, five, has dementia and has already forgotten how to say ‘mummy’ – but I’ll give her the best life possible 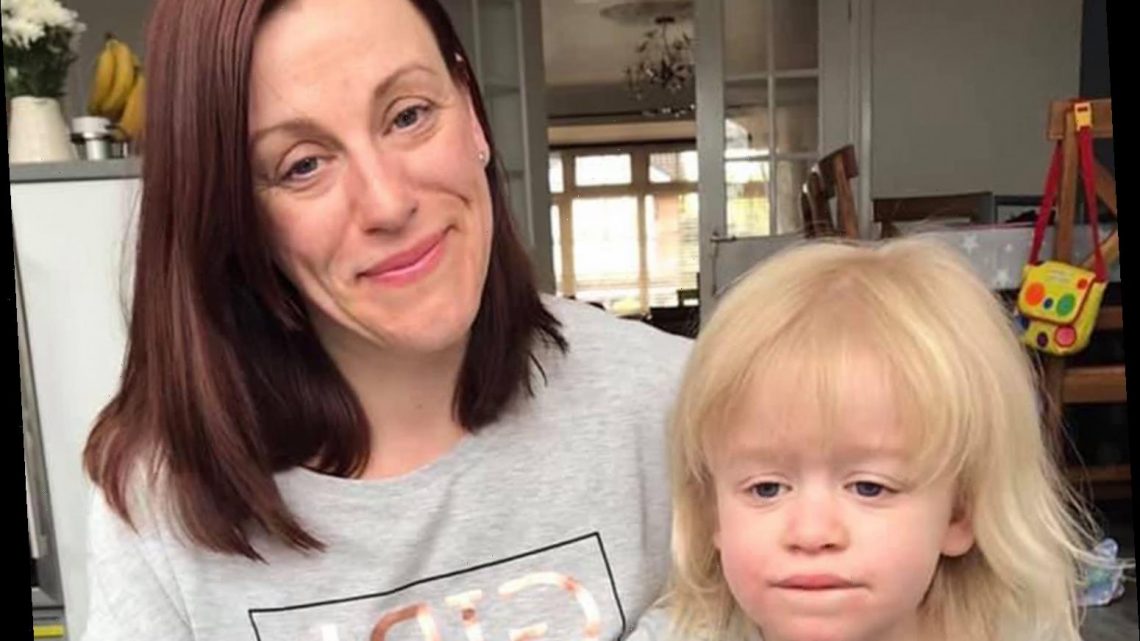 My girl, five, has dementia and has already forgotten how to say ‘mummy’ – but I’ll give her the best life possible

A MUM has vowed to make "beautiful memories" with her five-year-old daughter after she was diagnosed with childhood dementia.

Kelly Mills and her husband Andrew, from Stafford, West Midlands, have had to come to terms with seeing their daughter slowly forget the few words she's learnt in her life.

Although Penny was developing slowly, she could say 150 words by the time she was four – including her 12-year-old brother Harry's name when she was 18 months old.

However, Penny's devastated parents have had to watch their daughter's vocabulary dwindle down to just 10 words after she was diagnosed with an extremely rare genetic disease called Sanfilippo Syndrome.

The five-year-old has already forgotten how to say "mummy" or her older brother's name and the disease will eventually prevent Pennty from being able to speak, swallow or walk.

Naturally, Penny's mum and dad are desperate to make as many memories with their daughter as possible while they still can.

"When she gets to the end stage, I do not want to look back and think all I did was worry about the future," Kelly said. "We need to embrace the now.

"We went to Disneyland Paris just before Christmas and want to go to Disneyland Flordia in 2021. She's desperate to meet Mr Tumble from CBeebies."

Kelly and Andrew first consulted doctors when Penny struggled with potty training at the age of two – and didn't seem to realise when she had a bowel movement and suffered bouts of diarrhoea.

Penny was then referred to children's services because she struggled to communicate with other children – however, doctors ruled out the possibility of autism or leaving disabilities.

When she was three, Penny was given hearing aids but was sent for genetic screening in September 2018 and was diagnosed with Sanfilippo Syndrome.

Describing the moment she heard her daughter's diagnosis, Kelly said: "It was a complete shock. They said it was a rare condition and gave me a leaflet about it.

"The first thing I saw was 'palliative care' – we thought it would be life-limiting but had no idea it was terminal. We were devastated.

"I walked Penny into school that day and broke down in tears."

The average life expectancy for someone with the condition is 15 years old – but this varies from case to case.

The mum added: "We just take each day as it comes. We've learnt over the last five or six years that nothing's guaranteed in life."

Penny's diagnosis has been extra heartbreaking for Kelly and Andrew after their first daughter Milly was stillborn in 2013.

Kelly said: "That loss was devastating for the whole family. Discovering I was pregnant with Penny nine months later, I felt extremely lucky.

"Then, finding out she was a little girl too – we felt so grateful. She was a chunky little thing and we all fell in love with her instantly."

Sanfilippo Syndrome – also known as "childhood dementia" -affects one in 85,000 births in the UK.

The condition means sufferers can't break down long and complex sugar molecules which then results in a build up in the brain and causes memory and mobility loss.

What is Sanfilippo Syndrome?

Kelly explained: "There are three stages to the disease. First comes delayed learning. The second stage, which we're in now, is the hyperactivity stage so she is often awake for three or four hours a night."

The third and final stage is when sufferers begin to noticeably slow down – and Kelly knows that Penny will start to lose mobility and forget how to swallow and eventually need a feeding tube.

"It's like we are grieving for our little girl," Kelly said. "As we watch this cruel disease rob her of everything she knows.

"She used to say 'mummy' but I can't remember the last time I heard her say it."

In October 2019, Penny stopped using a fork and began eating with her hands and her family noticed her vocabulary really started dwindling.

For now, Penny still recognises her mum and dad – but they're aware she'll start to forget them too.

Kelly said: "She still lights up when she sees us so we don't think she has forgotten us yet but we are prepared for that to happen. It's one of our worst fears.

"It does take her time to remember people she's met before so I have made her a book with pictures of the family in it. I sit down and do through it with her everyday."

For more real life stories, this woman fell pregnant with TRIPLETS after a one night stand with her ex – and now spends eight hours a day breastfeeding.

And this bride read out her cheating fiance's racy affair text messages instead of her vows at their wedding.

Plus this savvy mum shared her Aldi weekly shoppling list which feeds her family of four for just £3.60 a day.