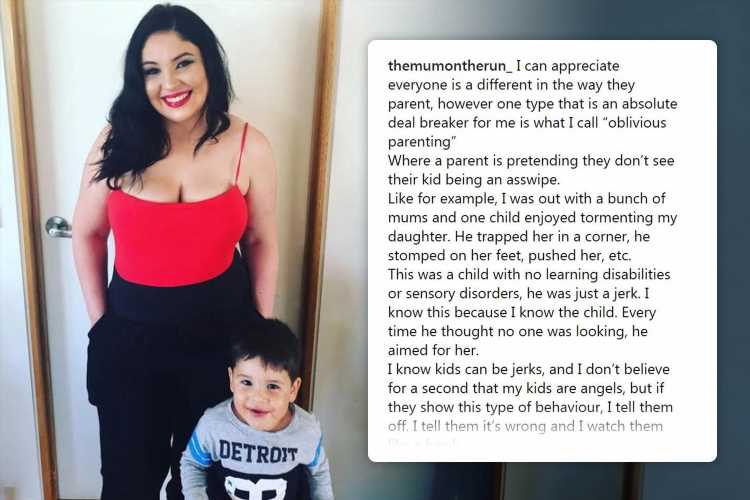 A MUM has called a child a 'jerk' after he bullied her daughter in the playground, and has slammed his 'oblivious' mum for not dealing with the bad behaviour.

Laura Mazza, 33, from Australia, shared the story via Instagram, encouraging parents to teach their kids to be themselves but without hurting others in the process. 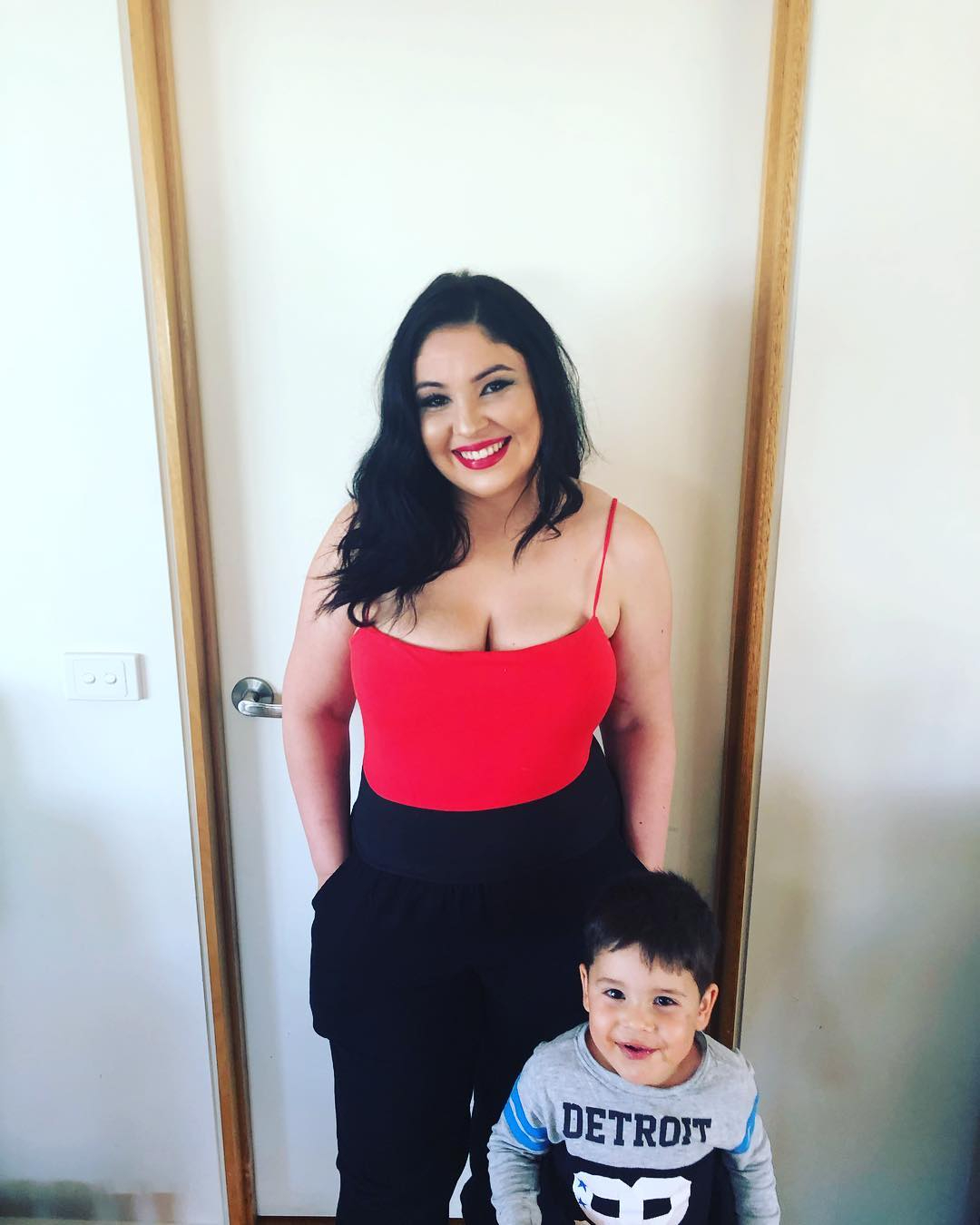 The mum-of-three said: "I can appreciate everyone parents differently, however one thing I hate is 'oblivious parenting', where a parent is pretending they don’t see their kid and being an a**wipe.

"For example, I was out with a bunch of mums and one child enjoyed tormenting my daughter. He trapped her in a corner, he stomped on her feet, pushed her…

"This was a child with no learning disabilities or sensory disorders, he was just a jerk. I know this because I know the child. Every time he thought no one was looking, he aimed for her.

"I know kids can be jerks, and I don’t believe for a second that my kids are angels, but if they show this type of behaviour, I tell them off. 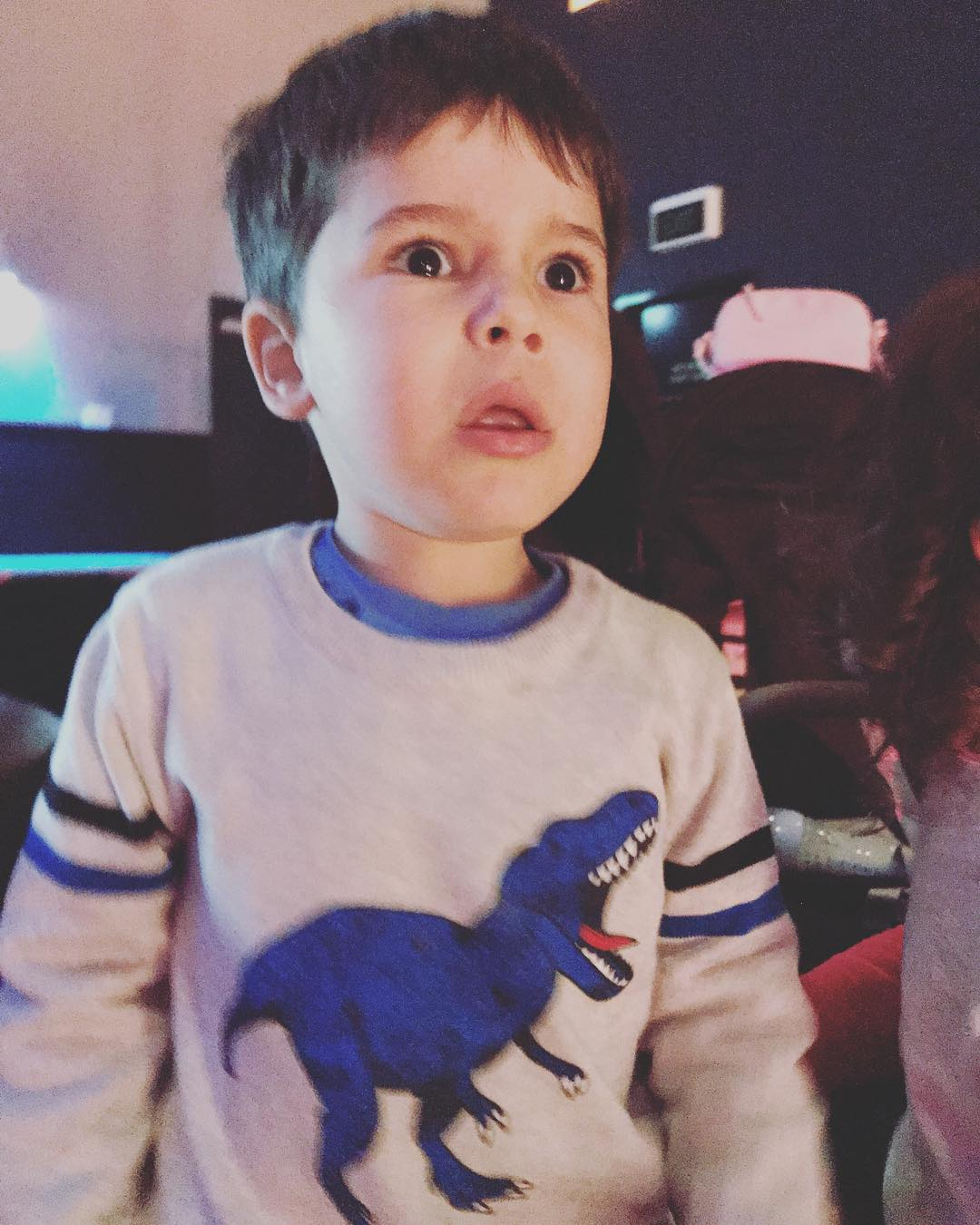 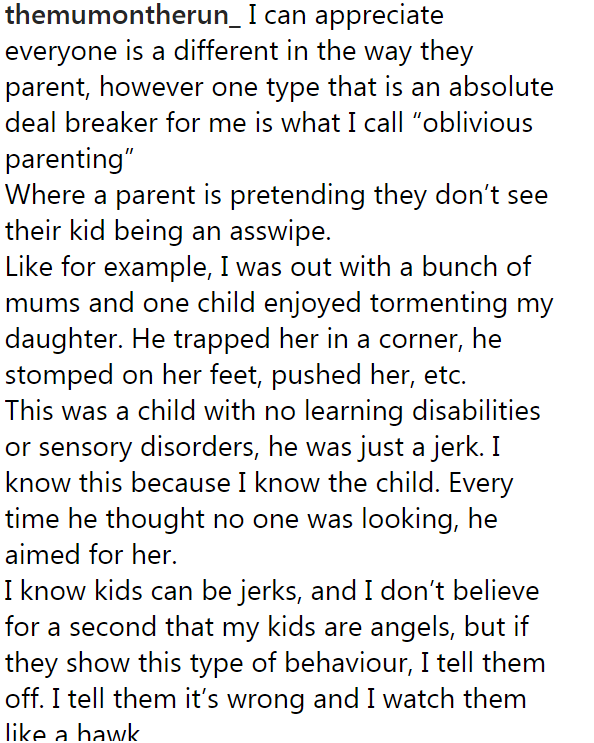 "This kids mum, well she just didn’t give a s***. She watched it happened and then pretended she didn’t see. She is the oblivious parent.

"The oblivious parent can’t be bothered dealing with her child’s behaviour so when their kid strikes another kid, they quickly look away or pretend to play on their phone.

"But the oblivious parent is also the parent that should their child be struck back, they run to their child’s defence and will tell your child off. They think their kid is somewhat entitled." 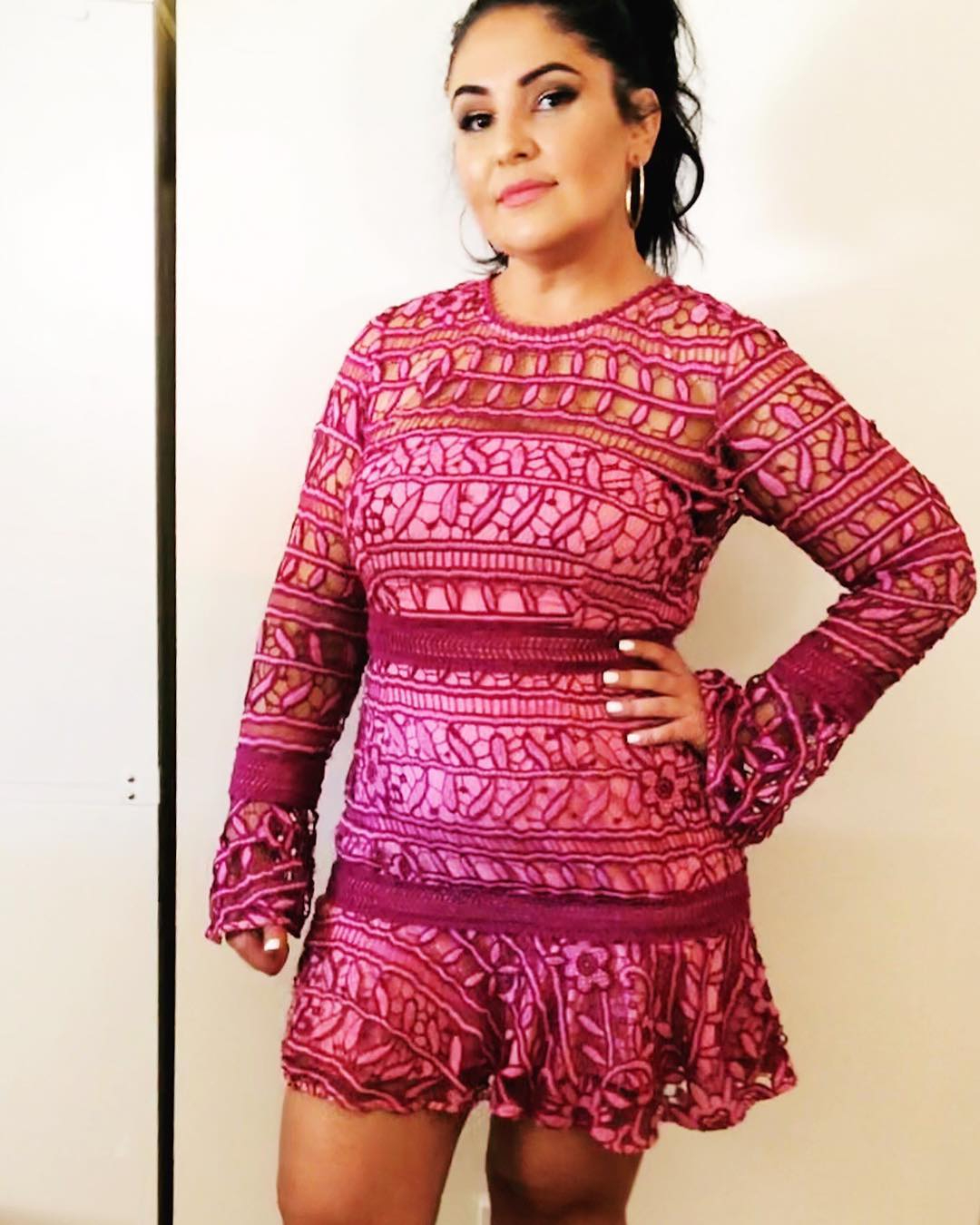 "I understand parenting is hard. I know people have bad days!" the Mum on the Run author continued. "But we are here to teach children to be themselves but not at the expense of others.

"Of course there are children with learning disability’s or sensory processing disorders, and as a mother of a little girl who struggles with that, I understand some things are not in their control.

"But if your kid is a jerk and you don’t care unless it happens to your kid, well then you’re a jerk too. Tell me, am I the only one who thinks this?"

The post has been liked by hundreds of parents who agree with Laura, and have taken to the comment section to voice their opinion on the much-hated 'oblivious parent'. 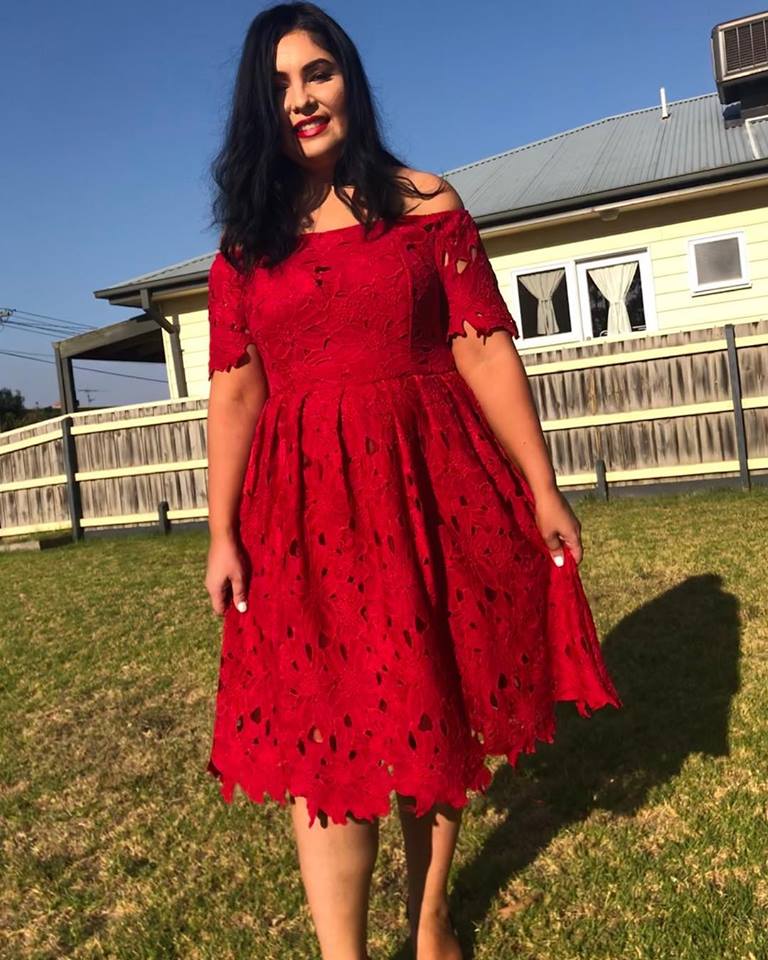 One mum wrote: "I completely agree! My son was being hit and chased by another kid at playgroup. His parents were right there and they did nothing."

"I would hope someone says something to my kid if hes being a jerk, especially if he's hurting another child" another parent added.

While a third agreed: "I cannot stand oblivious parenting! I could never be friends with any parent who is so oblivious and entitled."

In other news, this mum was left gobsmacked when she’s charged £68 for her daughter’s ear piercing at Claire’s Accessories.

And this psychic hairdresser who predicted her child would be born with a full head of hair gives birth to baby girl with locks so thick she's mistaken for a doll.

While this neat-freak mum makes an ‘easy-read flip chart’ list of chores she does daily to show her husband exactly how he can help.

Many students don’t know how to study. Here’s how parents can help