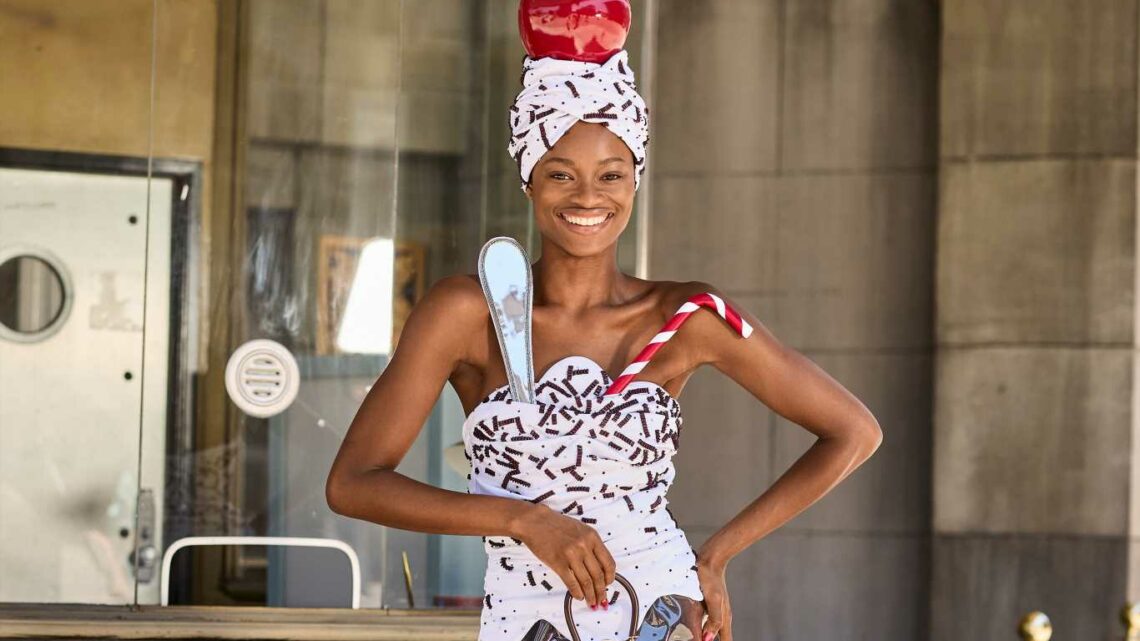 Is there another designer better suited for the runway film phenomenon than Jeremy Scott? Surely not. For his men’s and women’s Moschino resort collection, the Los Angeles designer continued to push the creative bounds of the genre, directing Karen Elson in his first musical.

Filmed on the Universal Studios backlot in Los Angeles, “Lightning Strikes” features the model-turned-songstress as a waitress in a jukebox diner, backed by a “High School Musical”-style singing and dancing cast, all clad in Moschino team colors.

Talk about a feel-good fashion moment.

The idea for the six-minute short came up when Scott and Elson got talking on the set of his last Moschino film, “Jungle Red.”

During fittings, the designer mentioned he was a fan of her album of cover songs, “Radio Redhead Volume One,” and Elson asked for some requests for a volume two. After much texting back and forth, Scott shared his ideas and persuaded her to perform in his next collection film, an ode to old Hollywood musicals.

The moment couldn’t be better with “In The Heights” now showing in theaters and streaming and Steven Spielberg’s “West Side Story” coming for Christmas.

“[Musicals] are fun, whimsical, joyful and make you smile, all the things that fall into my world,” said Scott, explaining that the film’s three songs include two covers (“Everybody Dance” and “Funkytown”), as well as an original song by Elson, titled “Lightning Strikes.”

As the film unfolds, Elson dances her way into a human pinball machine, wearing a hot pink leather dress and shrunken biker jacket embellished with game balls, and ping-ponging off dancers clad in playful pinball prints.

Scott’s signature fantasy fashion came out to play as well. The realistic-looking burger miniskirt, hilarious malt shop minidress with cherry-topped turban and other tasty-looking treats made a compelling case that Moschino should really look into following the luxury brand trend of getting into the restaurant business. And yes, those were salt and pepper shaker high heels dancing on the diner counter.

“They have real crystals that shake when you walk,” Scott said. Now that’s a spicy shoe.

Dad's agony as 'healthy' girl, 15, collapses and dies hours after complaining of migraine