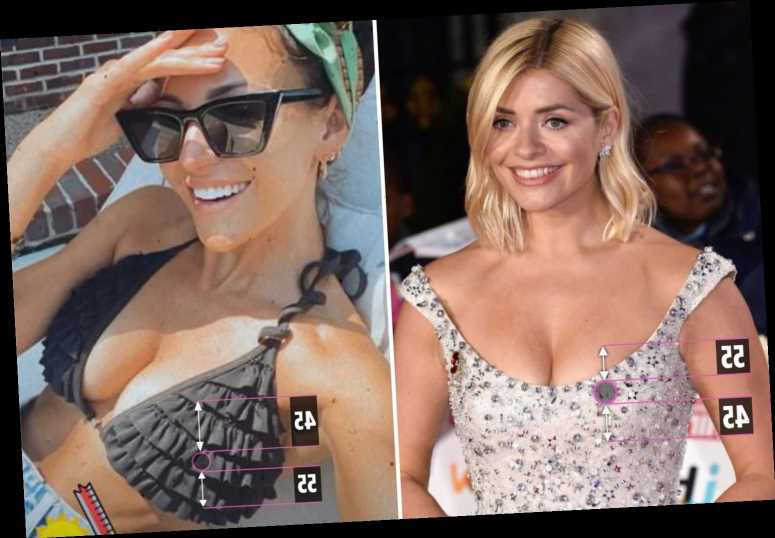 MICHELLE Keegan has the best breasts in the world – according to the ‘Golden Ratio’. 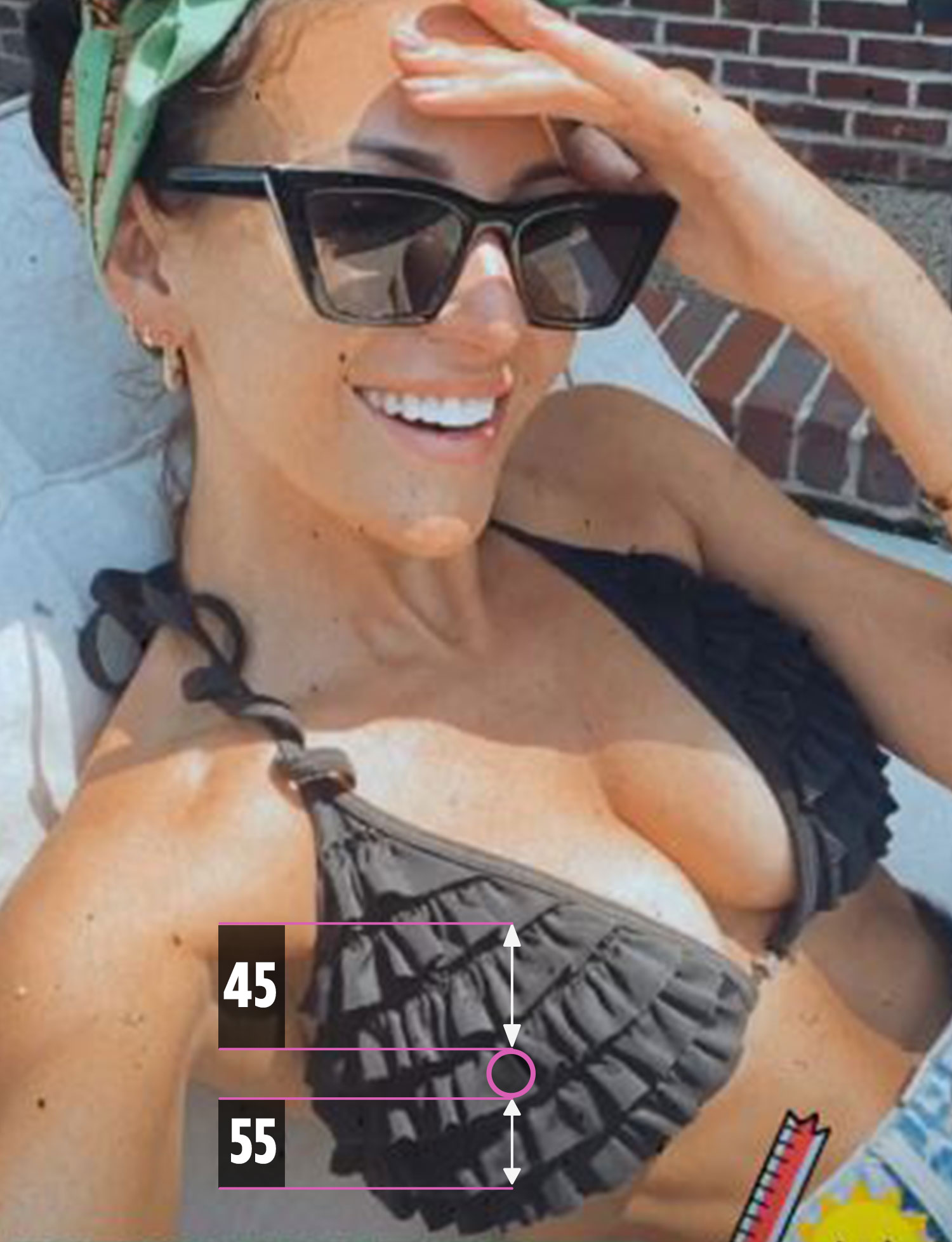 While TV beauties Holly Willoughby and Amanda Holden’s breasts are also blessed with near ‘perfect’ proportions, according to a formula which stipulates the ideal position of the nipples.

The mathematical equation known as Phi devised by the ancient Greeks sees the ideal breast proportion as 45:55.

This is where 45 percent of the breast would be above the nipple (upper pole) and 55 percent below the nipple (lower pole).

Mr Allen Rezai, Consultant Plastic Surgeon compiled a top five list to see how modern celebs breasts’ matched up, according to the formula. 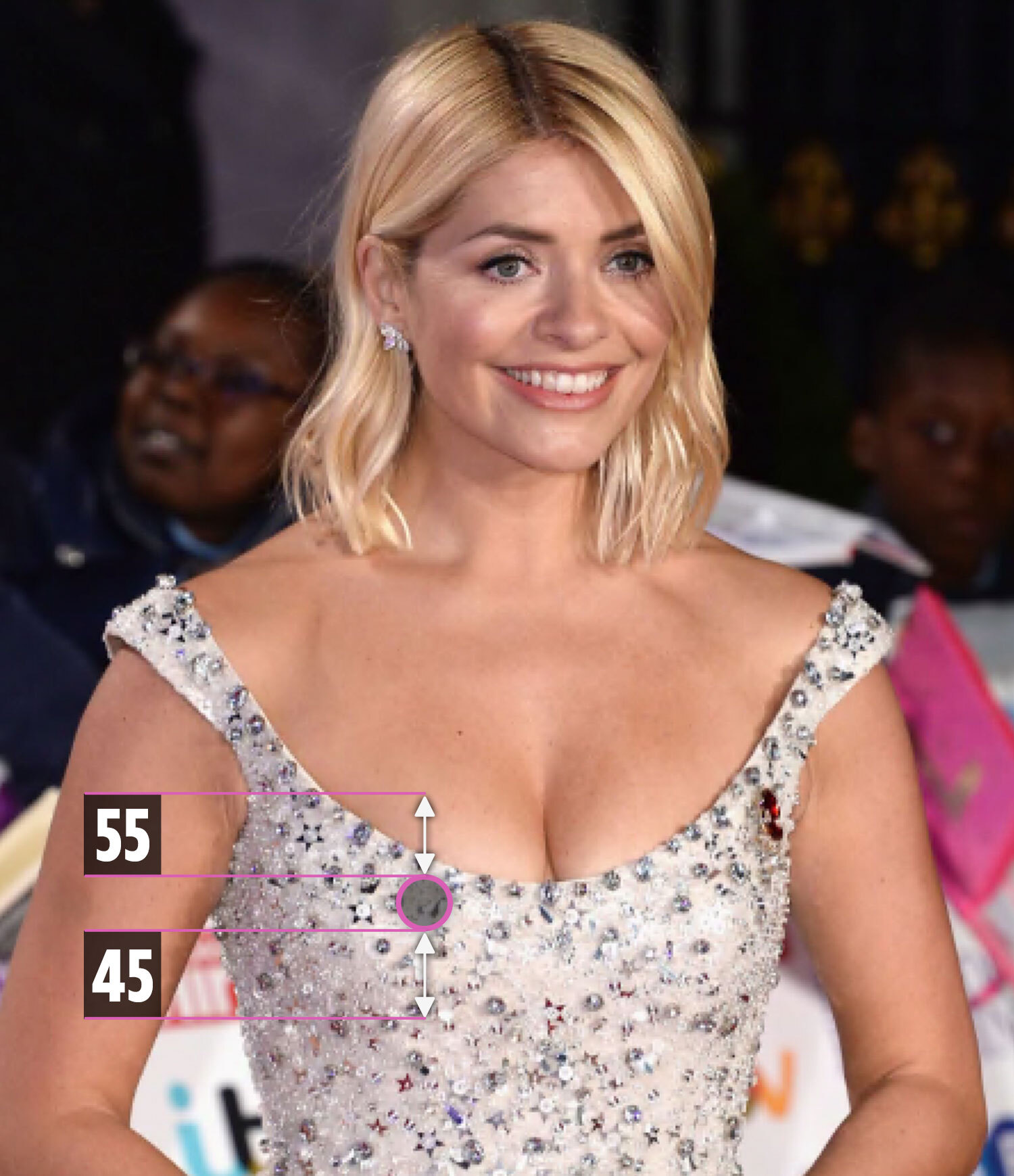 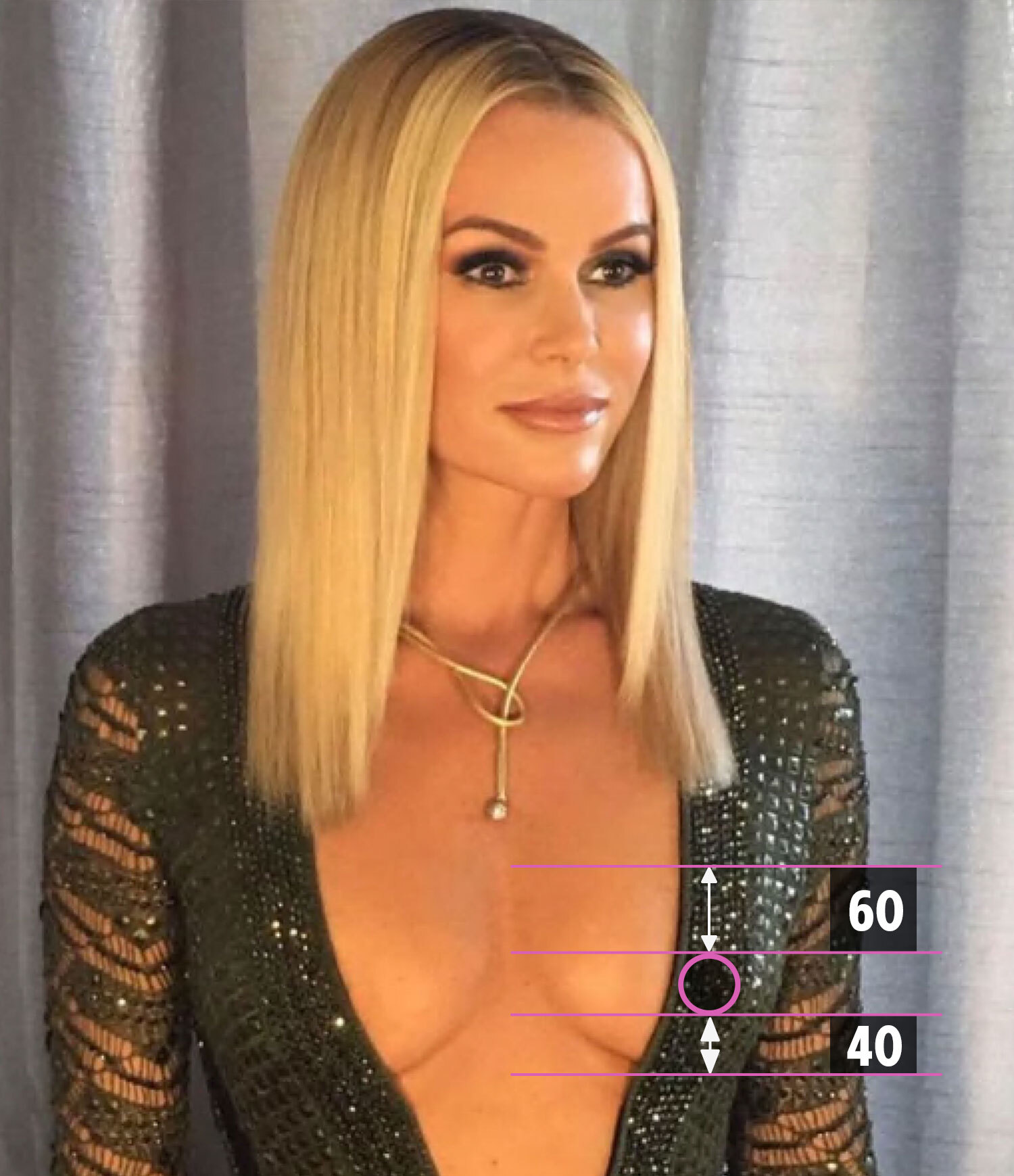 He chose celebrities whose breasts are in natural proportion to their body shape – but said it can be difficult to assess as it depends on the type of bra and clothing they’re wearing.

The Harley Street surgeon said the Golden Ratio in breasts for him is about creating breasts that are in proportion with the rest of the body.

He explained the science behind the equation, saying: "The Golden Ratio in breast anatomy considers a three-dimensional, frontal, lateral and vertical geometric view of the breast based on the historically known golden or divine ratio, Phi (1/1.618). 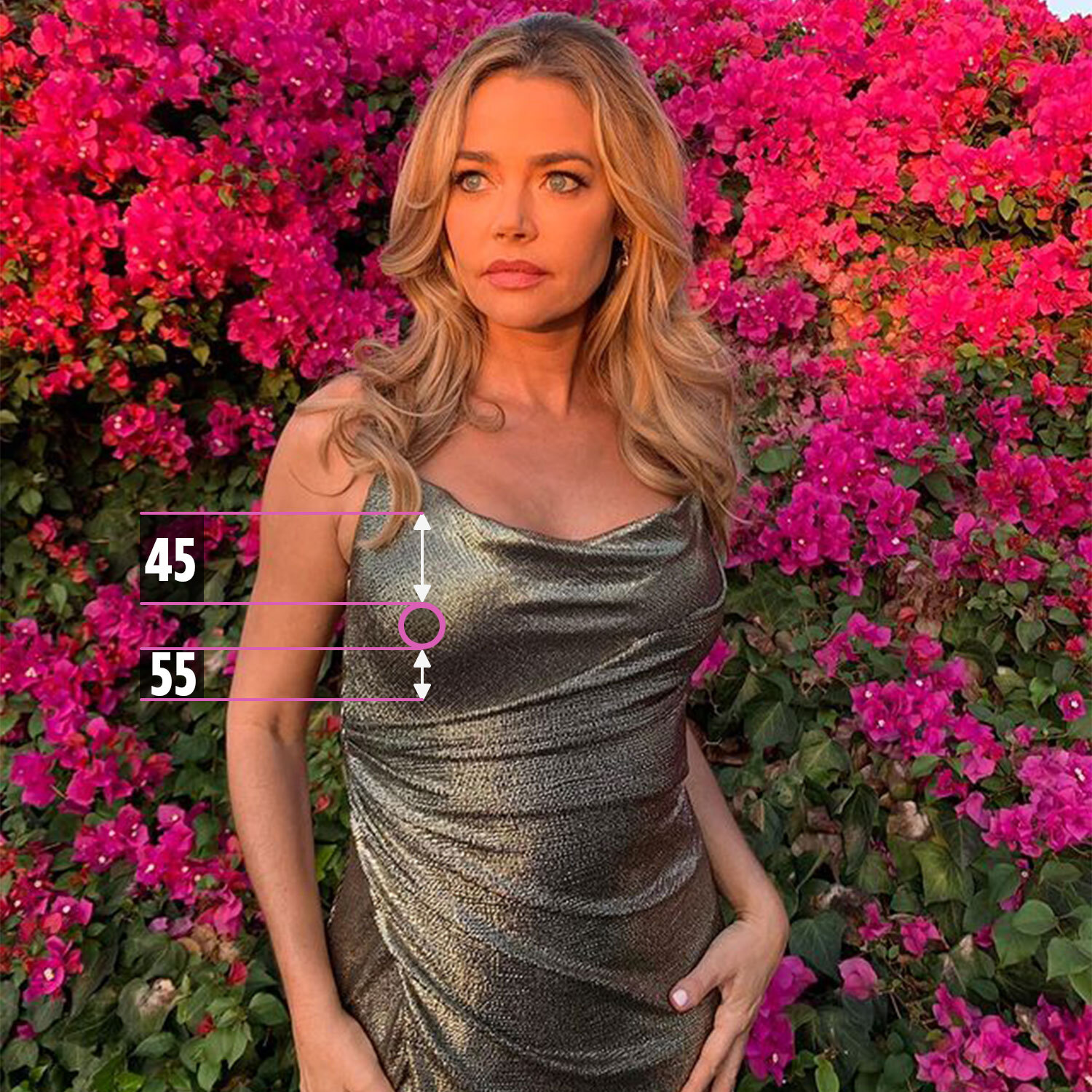 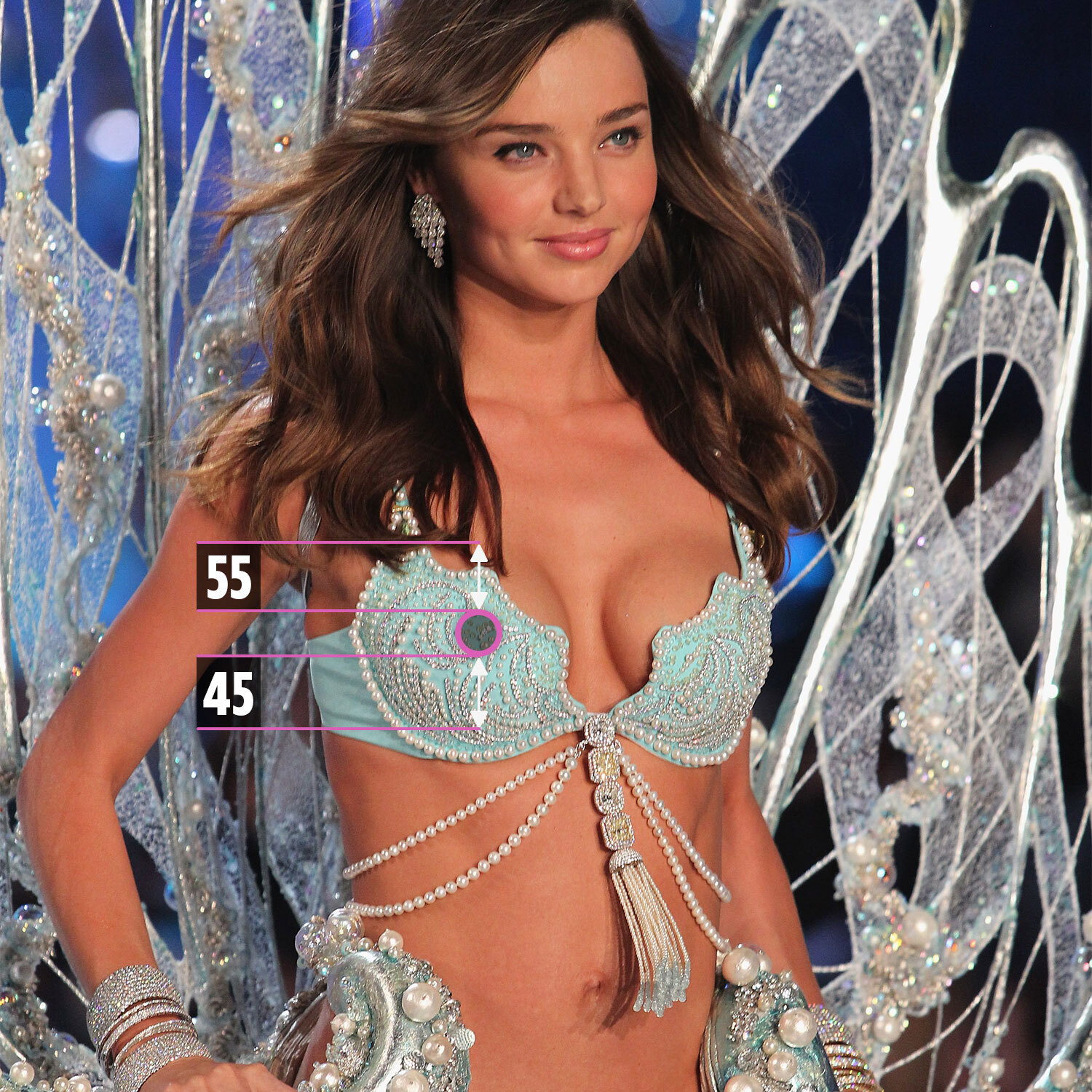 "The Golden Ratio is a proportion that exists throughout nature and has been used for millennia. It can be found in the pyramids of Egypt, facial aesthetics and even the shape of the breast.

"There’s been various studies that define the most attractive breast shape taking into account the ratio of the upper to lower pole of the breast with the level of the nipple marked the dividing line between the upper and lower poles.

This former Real Housewife Of Beverly Hills has scientifically ‘perfect’ breasts, according to the ratio

Mr Allen Rezai MD says: "The size of Denises’s breasts fit perfectly with the proportion of her body and shape. 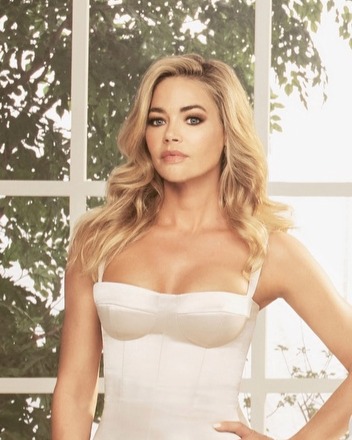 "Her upper breast tissue appears to be full and supple, which gives a natural look. Providing a natural slope in the upper pole with fullness in the lower pole."

Mr Rezai also added that it’s all about the ‘natural look’ when it comes to breasts; he said ‘has she, or hasn’t she’ is the question a lot of his patients want from surgery – for people not being able to tell if they’ve had breast implants. 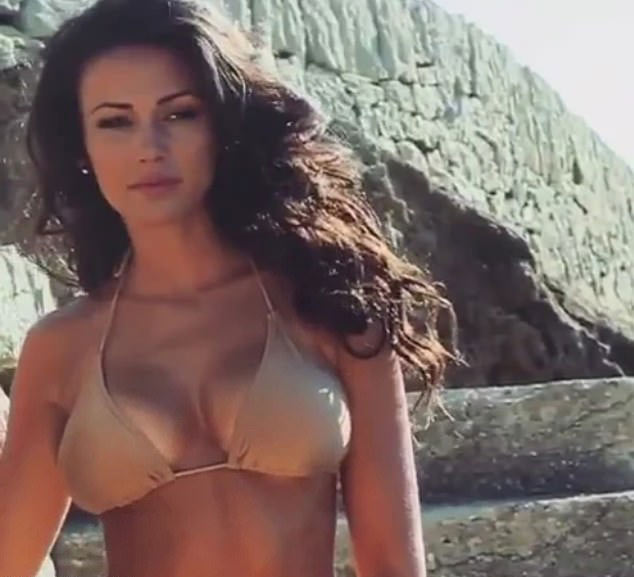 This actress’s breasts are also scientifically ‘perfect’ – with a 45:55 Golden Ratio equation.

"It is in proportion to her slim and petite figure."

Mr Rezai believes the most attractive breast size and shape is one that complements a person’s figure, rather than under- or overwhelms it. 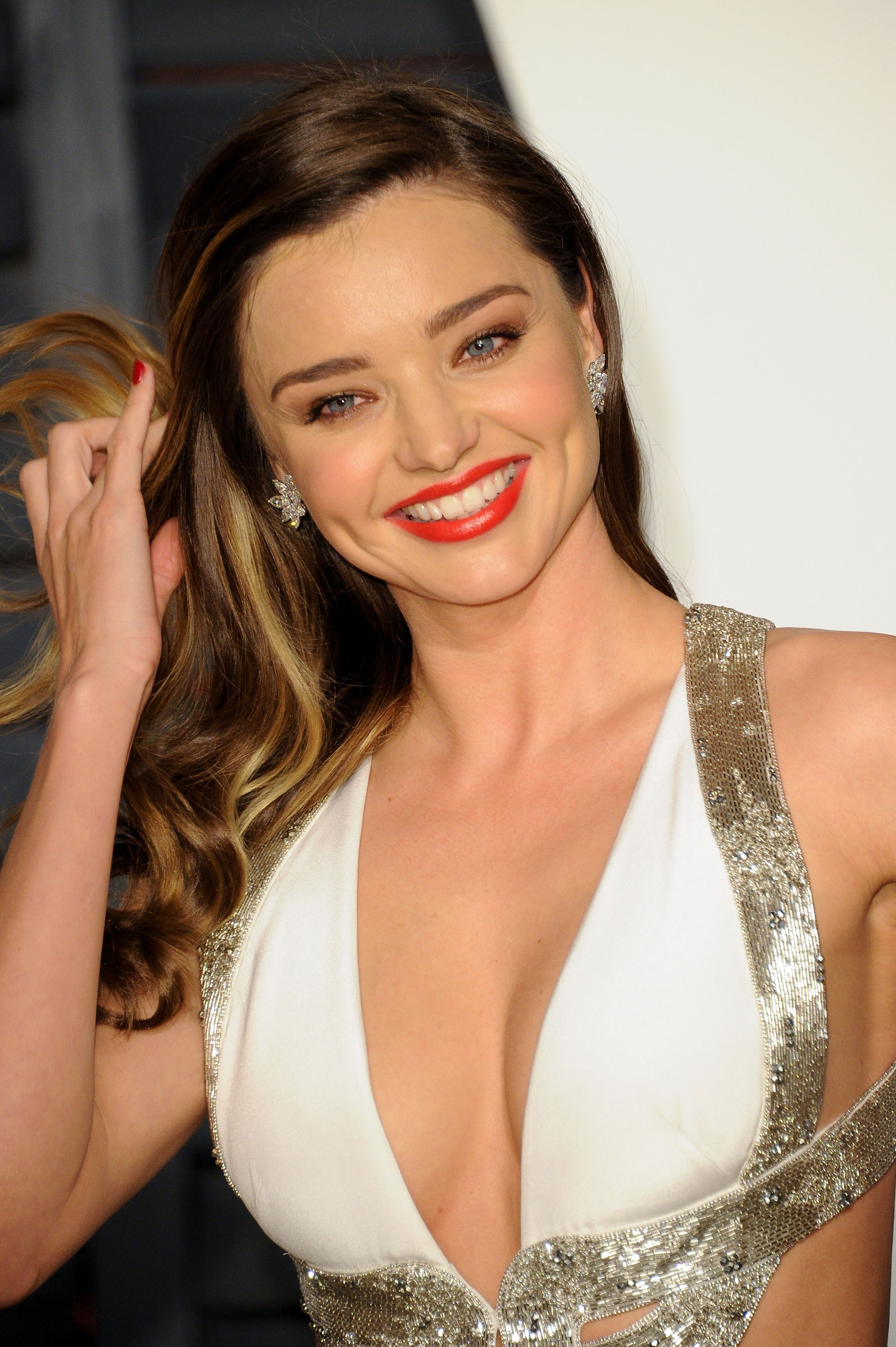 He said this has a lot to do with proportion and Miranda’s breasts perfectly compliment her body shape, including her hip to waist ratio and height.

He adds: "The tissue appears to be soft, and distributed evenly. They appear full but not overly large – they just sit very well with her proportions."

This Morning star Holly Willoughby was also listed in Mr Rezai’s compilation as her breasts are in proportion to her figure. 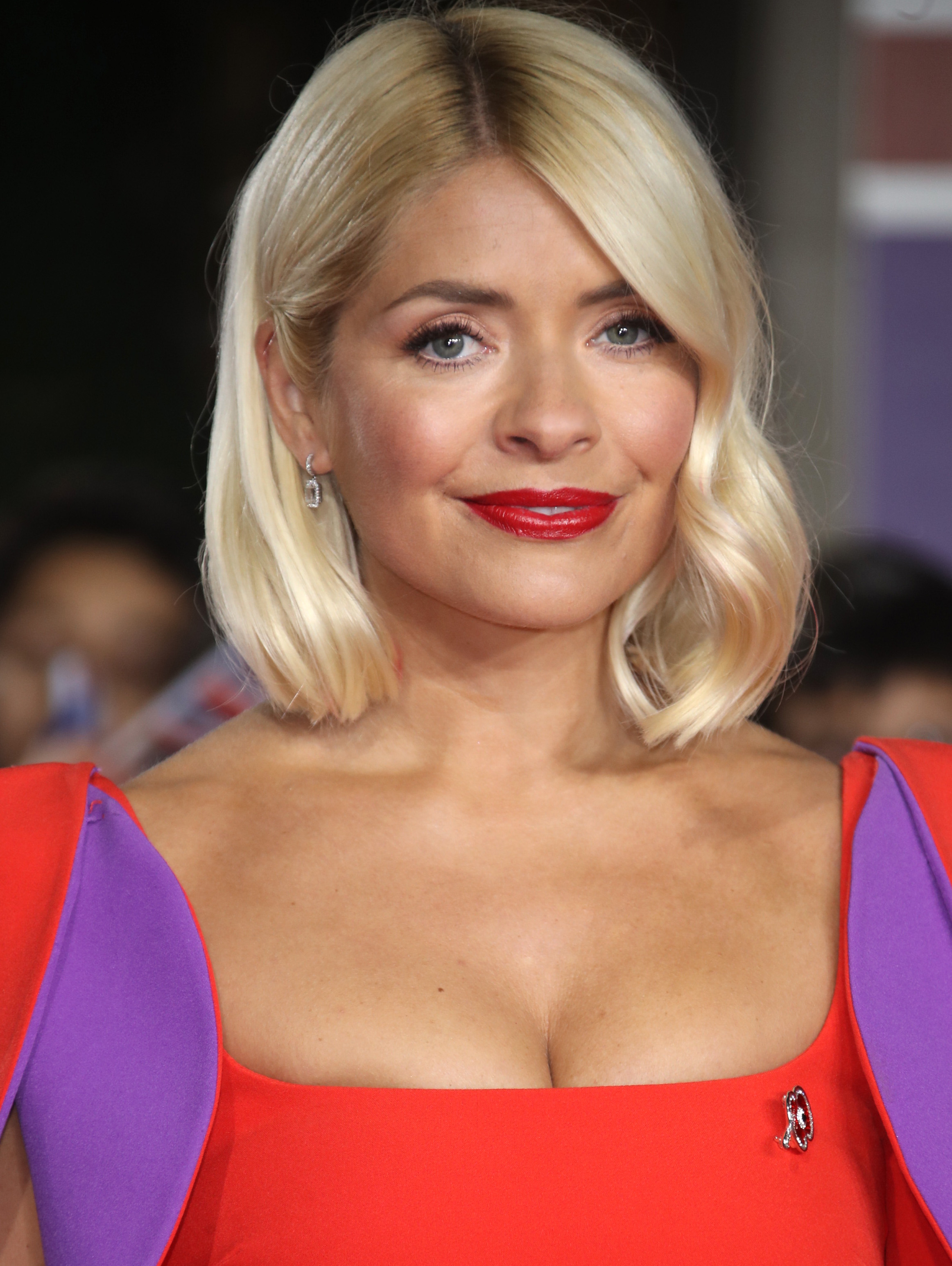 The surgeon adds: "Holly’s breasts are in proportion to her toned figure, with a ratio of 55:45.

"It appears she has a slightly longer upper breast pole compared to the distance from nipple to breast fold."

The Britain’s Got Talent judge also appeared in the list – with her breasts given a 60:40 ratio based on the formula.

Mr Rezai says: "Amanda Holden’s breast ratio is 60:40 with a longer upper breast pole compared to the distance between nipple to breast fold. 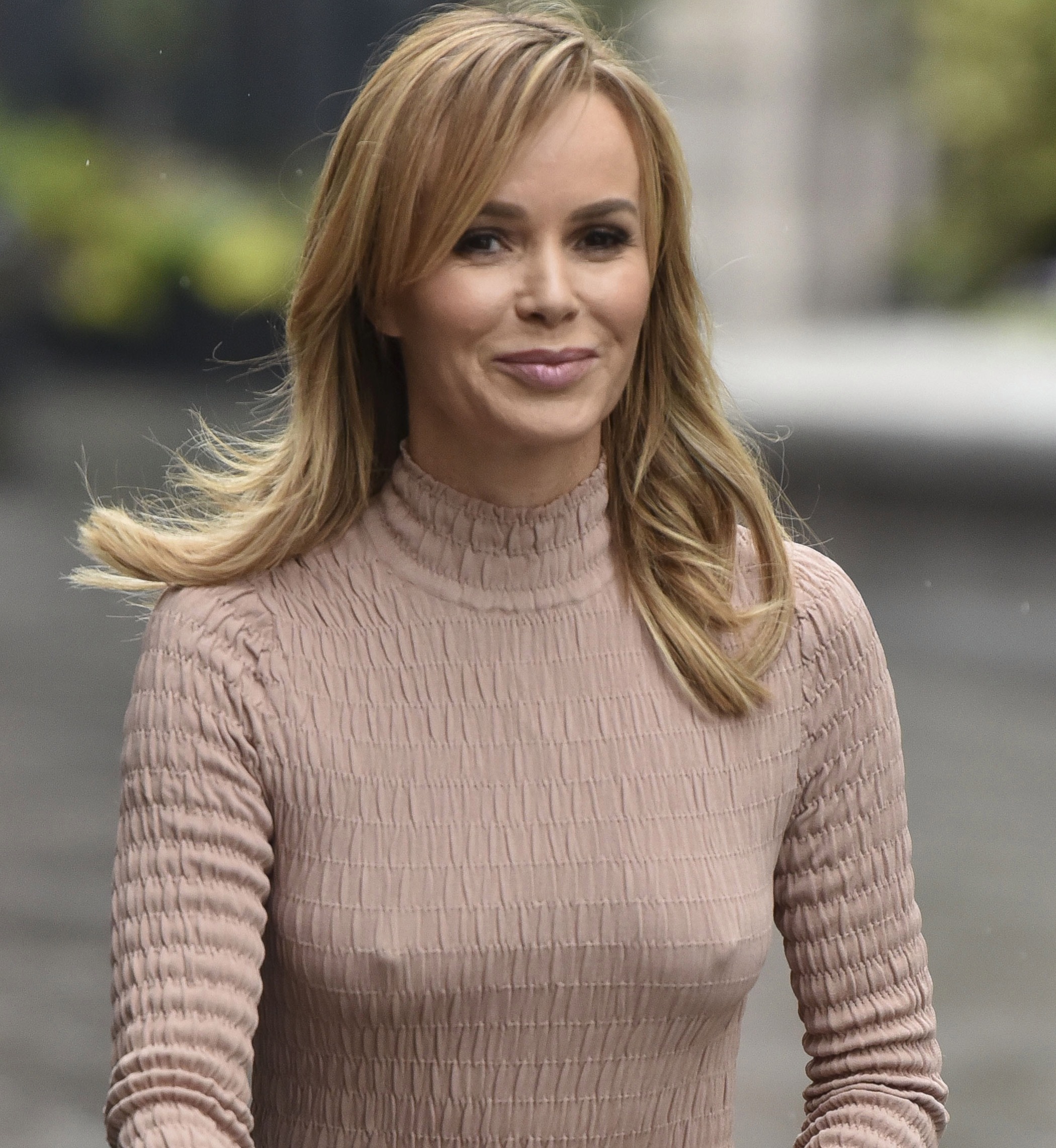 "If she were to have more volume, her breasts would look out of proportion, unless the distance between nipple and breast fold are increased."

But similar to shoe sizing, he says a bespoke treatment plan is vital in achieving natural results, the perfect fit or the Golden Ratio.

What is the golden ratio and how to work it out?

He says: ‘There is no set method in achieving natural-looking results, Instead treatment plans should be tailored for each patient as every individual is different in terms of anatomy, lifestyle and preference.

‘With a “Natural Look” and the Golden Ratio in mind, I consider patient’s height, weight, breast width, breast height and the distance that exists between the nipple and breast fold, as well as patient’s preference in terms of upper and lower breast pole volume to determine the best breast implant type and size for the patient’s body, as well as the best surgical techniques to employ.

‘However, beauty is in the eyes of the beholder and it is not ideal to define beautiful and natural breasts 100% based on one ratio.’

In other celeb news, we revealed how Diana is the "most attractive royal" according to the golden ratio theory.

And this is how Emily Attack lifter the taboo on bedroom secrets, from threesomes to orgasms.

Plus celebs are loving the 'flying low' Instagram pose – and it's perfect for if you can't do up your jeans.

CategoryFashion
TagsBest has Keegan Michelle the 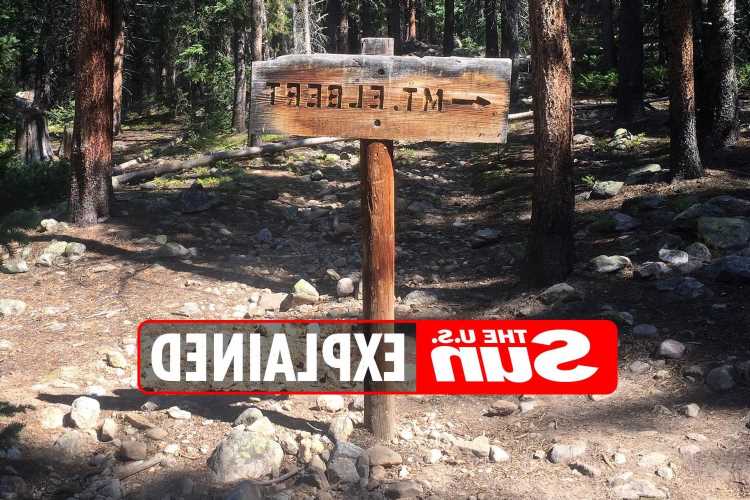 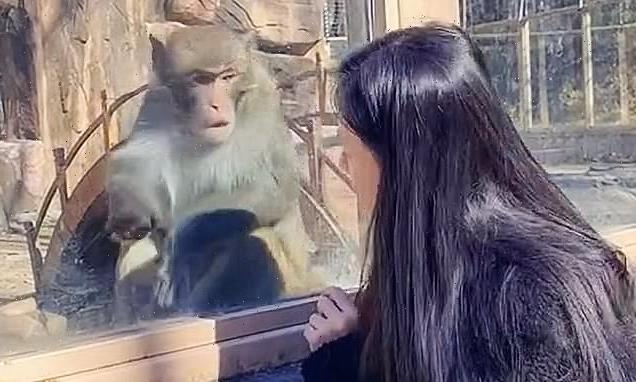