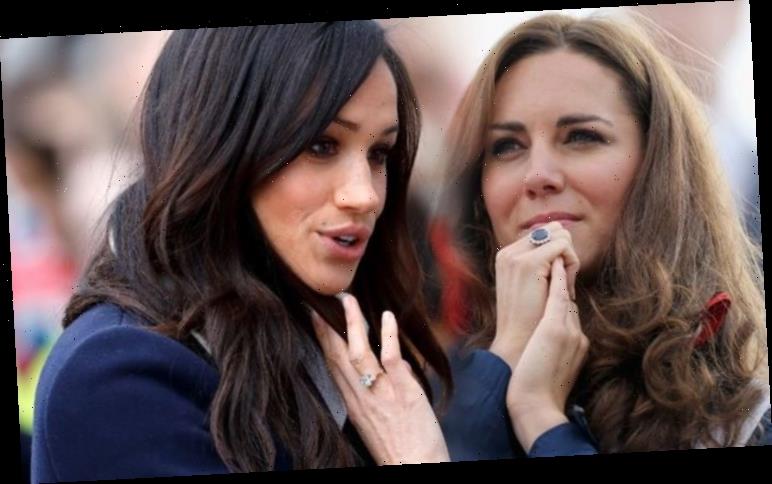 Prince Harry, 35, famously proposed while the pair were cooking a roast chicken, with a ring featuring three large diamonds on a gold band. However, Meghan Markle’s ring is estimated to be worth £200,000, less than Kate’s £300,000 ring.

According to research carried out jewellery manufacturer Buckley London, 20 percent of the public like Meghan’s ring best.

Kate Middleton’s historic engagement ring, which was once given to Princess Diana by Prince Charles, came fifth in the vote with 10 percent.

The last royal ring in the top 10 was Princess Eugenie’s pink sapphire ringed by diamonds from now-husband Jack Brooksbank. 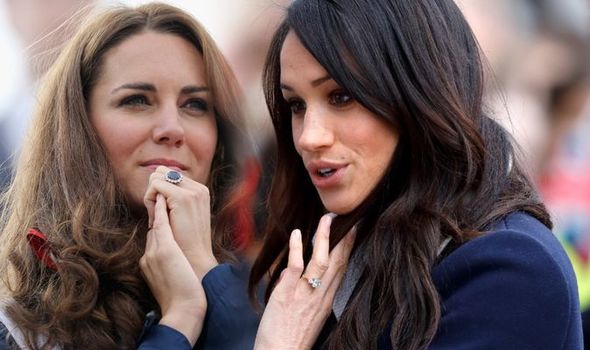 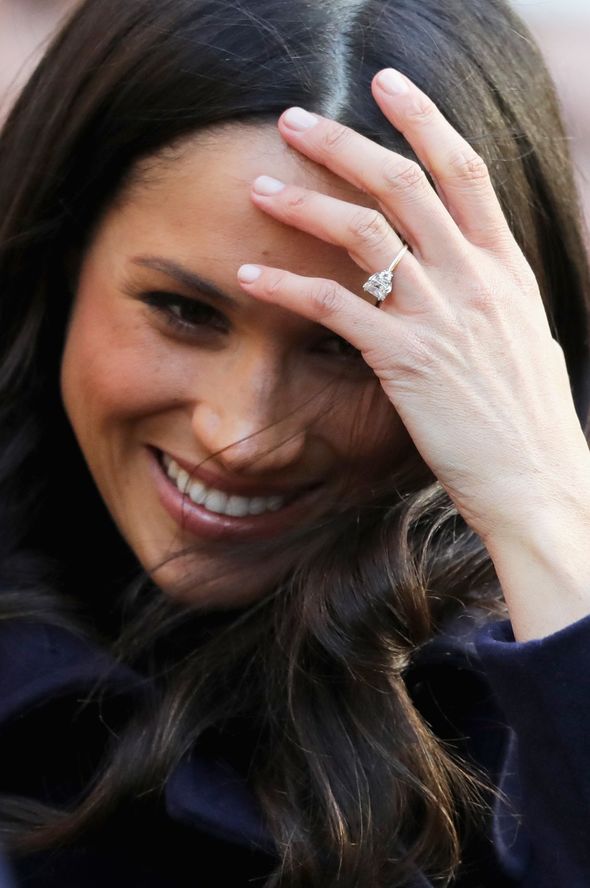 In fact, it is 95 percent cheaper than Beyonce’s engagement ring, so a relative bargain.

Adrian Buckley, founder of Buckley London, commented on the findings: “At Buckley London we are always keen to see what celebrity jewellery inspires the UK public and it’s interesting to see that Brits are seeking out such divergent ring inspiration trends.

“From the research, it appears that men seem to prefer classic diamond rings, whether the shape be elongated or circular, whilst women seem to favour bolder and more colourful stones, specifically different shades of sapphire.

“We found it particularly interesting to see that Brits appear to value the aesthetic of the ring rather than the associated price tag or valuation, and although many of us may not be able to afford these jaw-dropping jewels, we can always live vicariously through the celebrities who can.”

The study saw the jewellery asked 2,000 UK adults their preferences. 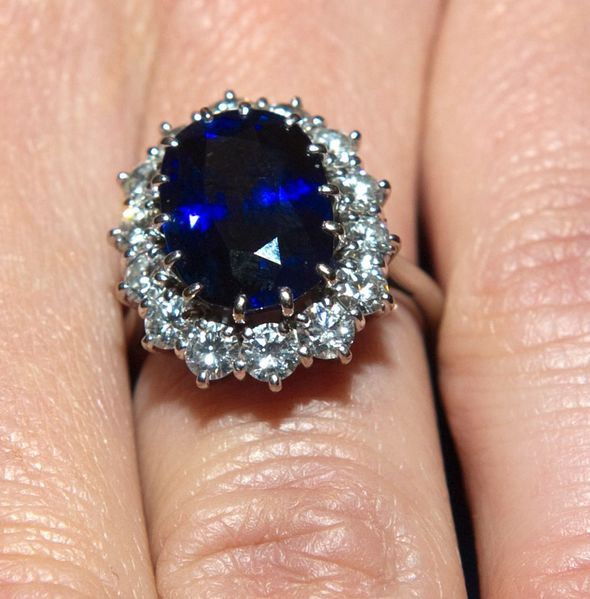 For most their engagement ring may well be their most expensive piece of jewellery. 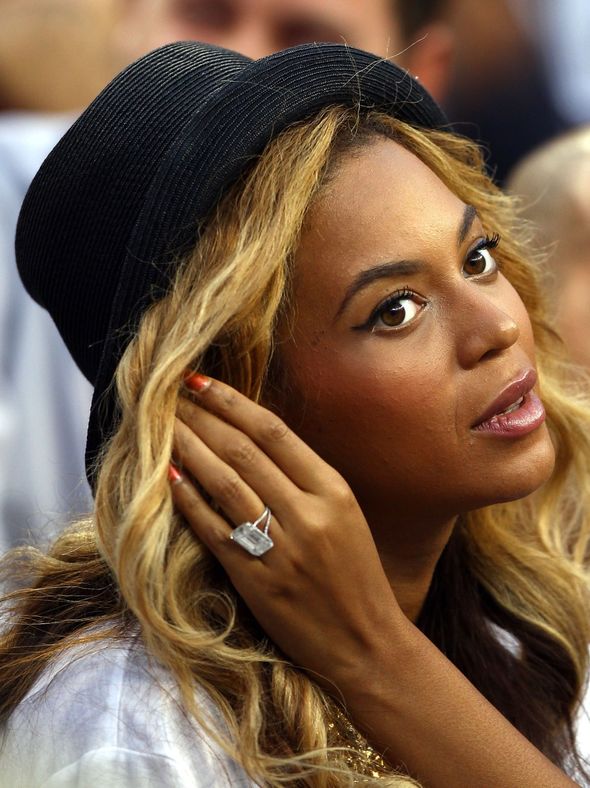 “A simple claw setting means focus is not detracted from the diamonds. I would estimate the ring to be in excess of £500,000.”

According to experts, Brooklyn’s ring for Nicola costs up to £335,000.

It is an emerald cut diamond with a flawless diamond.