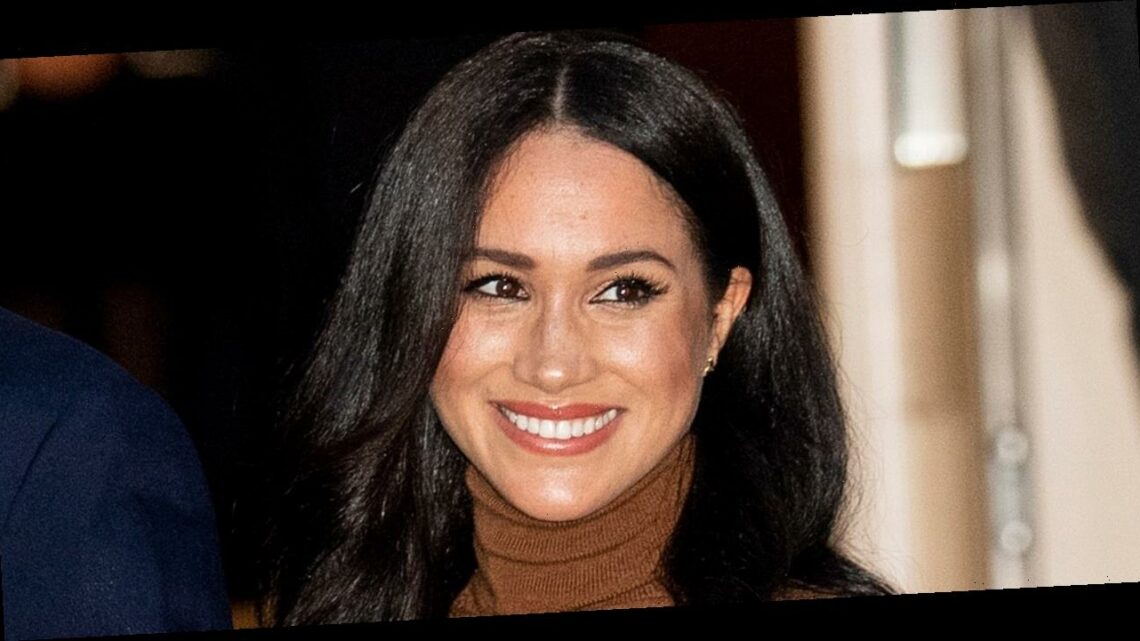 There are a lot (and we mean a lot) of brands in the world — some small, some big, some well-known, and some still undiscovered. A label can experience instant fame, or it can take a while for its name to get out there — and it's actually the latter that we're typically more drawn to. There's something so special about an under-the-radar designer that feels like it's your secret and yours alone.

La Ligne was one of Nordstrom's best-kept secrets, but it's about to blow up. After an explosive interview with Oprah, a beautiful pregnancy shot of Markle and Prince Harry debuted on the internet, and it was quickly unveiled that the off-the-shoulder palm print maxi Markle was wearing was from New York-based La Ligne. It's called the Pyper Dress, and according to the brand, it was named after La Ligne muse Pyper America. La Ligne might be most known for its luxe striped sweaters, but after this stunning photo, it's going to make a major name for itself in the dress-making business, too. Markle's floor-grazing maxi is made from silk and has a smocked bodice and tiered, A-line skirt that's destined to be the silhouette of 2021. Mark our words.

If the name La Ligne sounds familiar, it's because Olivia Wilde can't stop wearing its sweaters. She's worn them in Instagram snapshots and outings in Los Angeles,  and she even reached for an argyle La Ligne sweater to break the news that she was hanging out with (err, dating) Harry Styles. Here's the best for last: La Ligne, the brand beloved by Markle, Wilde, and a slew of other celebs, is actually on sale at Nordstrom right now. A bunch of its famous striped sweaters are 40 percent off, and you shouldn't sleep on them just because spring is around the corner. A light layer is always a must for the transitional season, and La Ligne is chock-full of variations of the beloved spring sweater, like this blue-and-white crew neck or this trendy knit cardigan.

And though the exact maxi dress Markle wore isn't included in Nordstrom's La Ligne markdowns, this gorgeous floral midi is. If this doesn't have spring written all over it, we don't know what does.

Shop all the best La Ligne pieces on sale at Nordstrom, below. If you see something you love, don't wait, because after Markle's photoshoot, the label is about to get big. How safe do YOU feel at night? Seven female writers share their views
World News