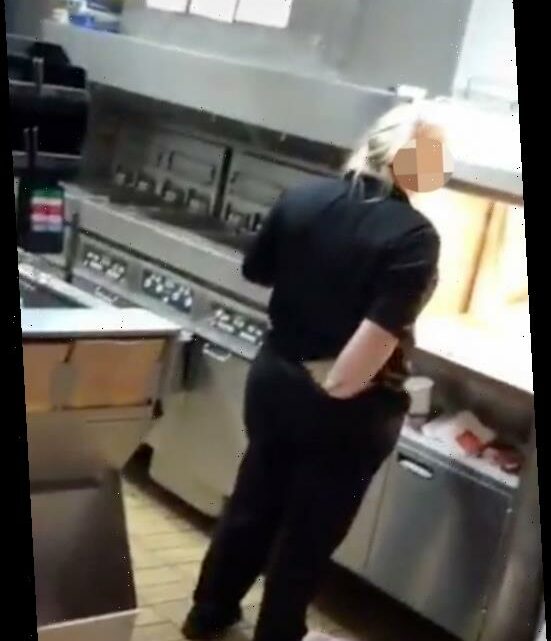 A MCDONALD’S worker has left customers outraged after she was caught with her hands down her trousers while frying chips.

The clip, which has since gone viral on TikTok, shows the unidentified woman holding a fries box in one hand, with her other hand down the back of her trousers. 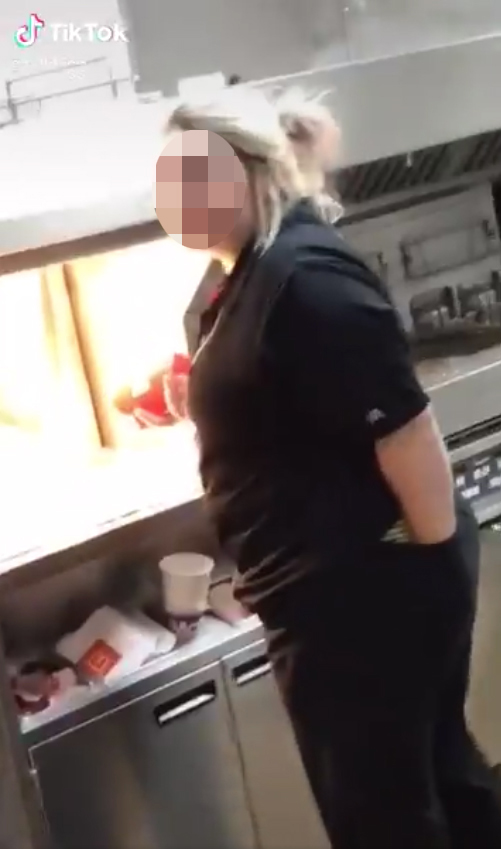 An American customer, who appears to be filming the encounter, asks the woman to get him his large fries.

Smiling, she removes her hand from her trousers, and uses it to grab some fries from the counter to put in the box before handing it to him.

It hasn’t been confirmed when or where the footage was taken, but it has left McDonald’s fans fuming.

The clip was called “McNasty”, by TikTok user @rellikiss, who added: “McXuse me, what the hell is going on?” 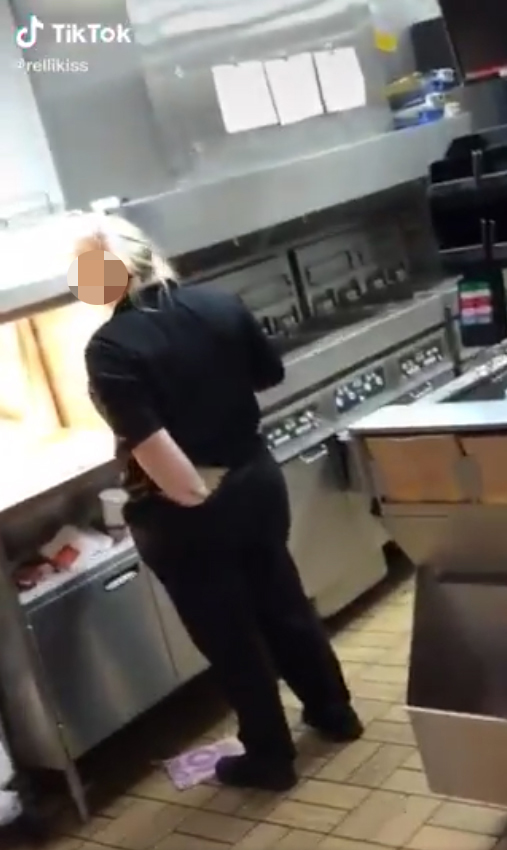 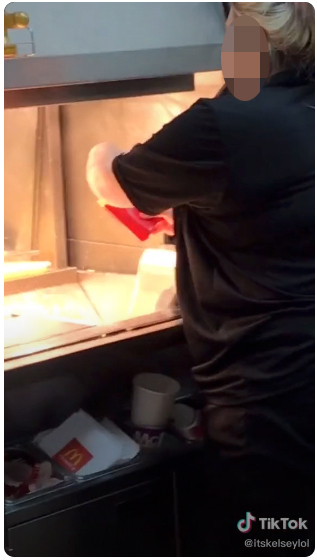 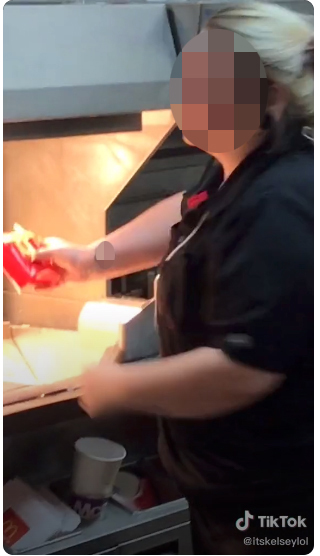 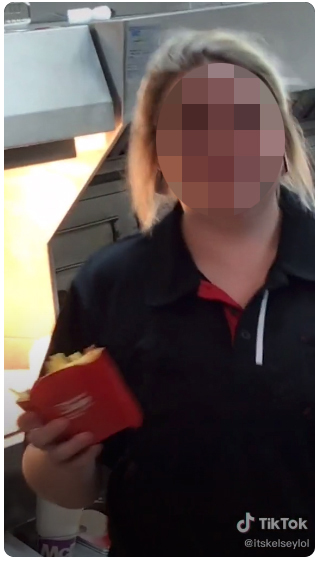 And others were quick to comment on the video with their own responses, after it racked up over 800,000 views.

One said: “I’m calling McCorporate”, and another added: “I need to call the McManager.” 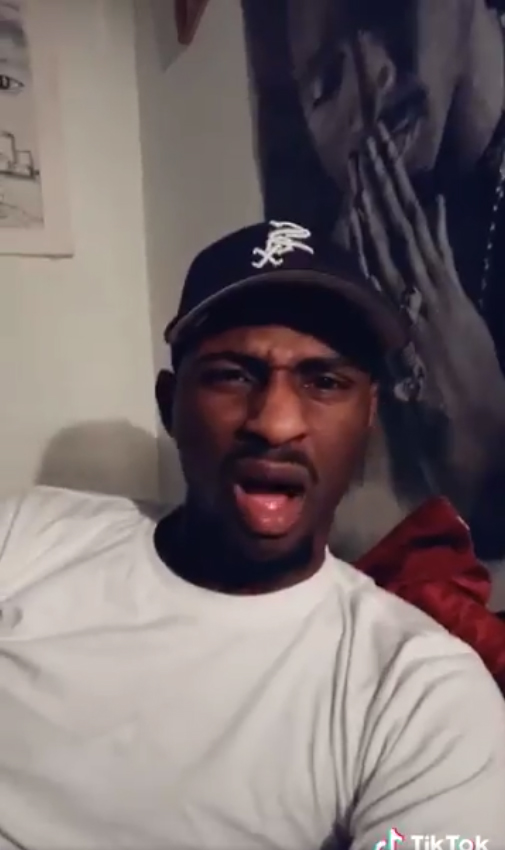 Previously, a McDonald’s lover showed how she uses milkshake lids to make a stylish bun in bizarre hair hack.

And McDonald’s mistakenly warns ‘some ingredients may be missing due to challenges following Brexit’.

'Little House on the Prairie': Melissa Sue Anderson Once Said This Cast Member Was 'Zany' and 'Off the Wall'