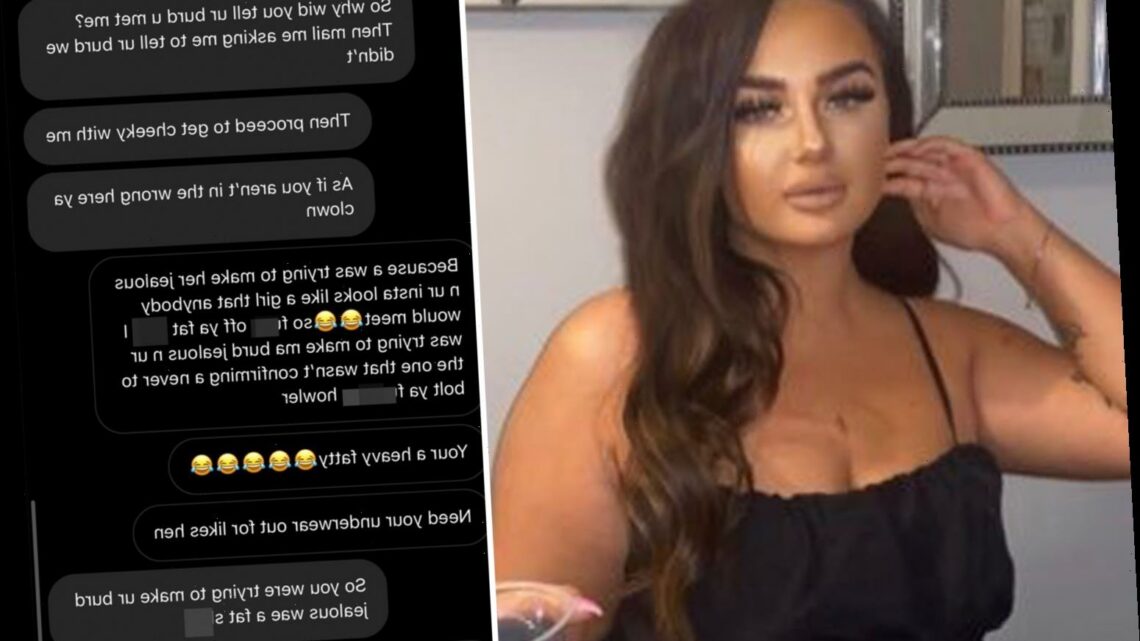 A MAN who got back with his ex shocked a Tinder match by asking to pretend they met to make his girlfriend jealous, and then insulted her when she refused.

Bekka Smith shared the bizarre exchange with her former date on Twitter revealing that the bloke had called a “a fat s***.” 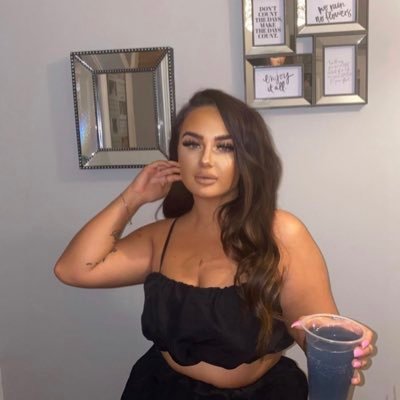 The beginning of the messages show Bekka and the lad having a friendly catch-up, and then what seems to be just a few hours later, he changes his tune.

He writes: “Hear I just got back with my ex can you please confirm we can not spoke a few times and I matched you on Tinder and not in person ever???

“Am not even joking fck answer this message my mrs sat here in pure tears (sic).”

Baffled, Bekka is convinced that he is joking, but it quickly comes apparent he is deadly serious.

He replies: “A told her a met you but a just said it to annoy her cause she said she had met someone.

“Fried situation but a need the truth in black and white (sic).”

Bekka then questions why he told his girlfriend that he had met her if he was now claiming that wasn’t the case.

“As if you aren’t in the wrong here you clown” she adds.

The lad then begins firing off insults, writing: “Because a was trying to make her jealous n ur insta looks like a girl that anybody would meet.

“So f*** off ya fat s*** I was trying to make ma burd jealous n ur the one that wasn’t confirming a never to bolt ya f***ing howler.

“Your a heavy fatty. Need your underwear out for likes hen (sic).”

Bekka responds: “So you were trying to make ur bird jealous wae a fat slag (sic).”

And in his final blow, the bloke calls Bekka “fat and s***gy” once more, adding, “now good bye don’t mail me back ya fat cow (sic).”

Sharing screenshots of the messages on Twitter, Bekka captioned her tweet: “Ehm can someone please come collect their boyfriend from my dm’s (sic).”

Bekka later updated her tweet to add that she would have helped the lad out had he not insulted her.

She tweeted: “I would also like to clarify i had full intentions of helping this boy out and letting his burd kno I didn’t meet him, until he told me he infact lied about meeting me. Ur on ur own there pal x (sic).”

In other relationship news, this woman caught her boyfriend cheating with this hotel selfie – but can you spot what's wrong?

And this traveller groom who said he’s a ‘two woman kind of man’ dumped his pregnant girlfriend because ‘arguments are bad luck’.

Plus this woman who was called a ‘disgusting fat pig’ and good for ‘one f**k’ by her Tinder match revealed how she got him fired.