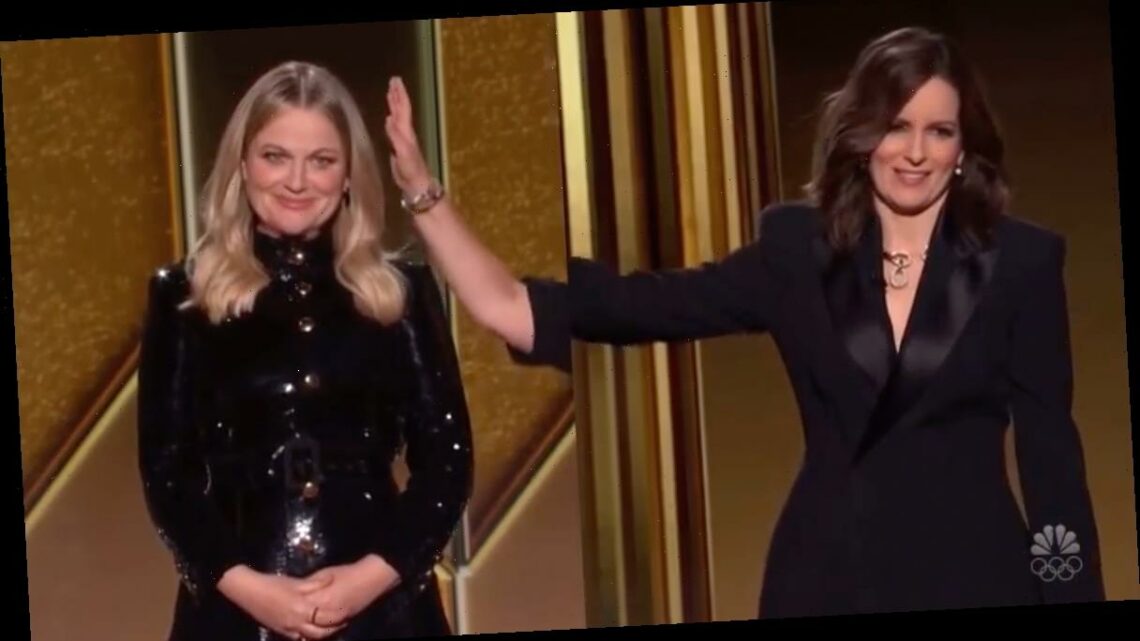 The mystery has been solved!

On Monday, makeup artist Molly Stern revealed herself to be the mysterious arm petting Amy Poehler during the 2021 Golden Globes while the actress and pal Tina Fey opened the awards night with a sassy monologue.

"Also psyched to add arm model to my resume!!!," Stern jokes on Instagram while sharing a clip of her arm's debut at the awards show. "Ummmmm heck yes. When Amy Poehler and Tina Fey ask you to participate in their @goldenglobes monologue you most definitely oblige. 😂😂😂."

In the clip, Fey pretended to reach out to her longtime friend and collaborator — who was hosting from another location due to COVID-19 safety measures — and it looked nearly seamless to the TV audience. (Fey broadcasted live from the Rainbow Room atop Rockefeller Center in New York City, and Poehler hosted from the Globes' usual location inside the Beverly Hilton Hotel in California.)

RELATED: Amy Poehler and Tina Fey Call Out HFPA for Having 'No Black Journalists' in Golden Globes Opener

Poehler, 49, and Fey, 50, were announced as co-hosts for the Globes' 2021 ceremony over a year ago, in January 2020. The duo, who last fronted the show together in 2015, took over from the most recent host Ricky Gervais, who has hosted the Globes a total of five times.

During their opening monologue, Fey and Poehler recognized that many people are "understandably upset" about the nominations this year, calling some of the TV shows and movies up for awards "flashy garbage."

"That's their thing," Poehler said of the Hollywood Foreign Press Association, which determines the nominees and winners.

"The HFPA is made up of around 90 international no Black journalists who attend movie junkets each year in search of a better life," Fey said, later adding, "awards shows are stupid."

The hosts called out the fact that there are no Black members of the HFPA this year, and Fey joked that "a couple of them might be ghosts."

RELATED: Skipped the Golden Globes? The 9 Moments You Should Know About

"I realize HFPA, maybe you guys didn't get the memo [on diversity]," Fey said, adding, "you guys gotta change that."

"So, let's see what these European weirdos nominated this year," Fey said, before going on to introduce some of the night's nominees.

The actresses are both Golden Globe recipients themselves: Fey has won twice for 30 Rock, and Poehler once for Parks and Recreation.

Look Inside Lena Dunham’s Bungalow, On the Market for Almost $3 Million!
World News