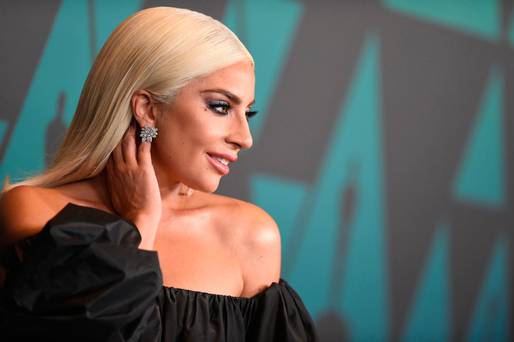 Lady Gaga may have been snubbed for Best Actress at the Golden Globes, but her dramatic attire is proof she is the most thoughtful star on the red carpet.

Over the course of the last four months, as she made her ultimate comeback – adjacent with another new career move – promoting A Star is Born, she has become fashion’s eternal tour de force. It was only eight years years ago that she was wearing meat dresses and arriving via egg to the Grammys, moves which encapsulated her personality as an entertaining and unpredictable artist, and it has taken that long for the world to catch up with her message and understand that no, it wasn’t always just a publicity stunt.

The infamous meat dress, at the 2010 VMAs, was in coordination with her protest to the US military’s ‘don’t ask don’t tell’ policy and the prejudices gay soldiers were faced with (“If we don’t fight for our rights, pretty soon we’re going to have as much rights as the meat on our bones,” she said after) and the egg pod was a very literal interpretation of her rebirth. Are they extravagant and exhibitionist? Yes, of course, but so is her industry.

She works in a business obsessed with women’s looks – their ages, their bodies, their height, their muscles, their haircuts – with rigid standards of what classically beautiful looks like and will subsequently have on your career. Gaga understood this from the get-go, and in her 2016 Netflix documentary Five Foot Two, explained the empowering reason behind her outlandish dress. Each move, although intelligent and considered, seems genuine and showcases just how seriously she takes her work, as a cultural figure and the devotion of her fans.Those who dismiss fashion as frivolity need only look at the strength and subtext in her attire.

As she sashayed up the red carpet on Sunday night in an off the shoulder periwinkle Valentino dress, old Hollywood buffs had a case of déjà vu. After all, her career-making turn as Ally opposite Bradley Cooper’s Jack was a modernised concept of a well-established concept and theirs was the fourth interpretation of A Star is Born, the most memorable being Judy Garland in the lead role in 1954 (the second was Barbra Streisand and Kris Kristofferson in 1976).

In 2000, the 1954 film was selected for preservation in the United States National Film Registry by the Library of Congress as being “culturally, historically, or aesthetically significant” and Gaga acknowledged its modern impact with her red carpet attire at the Golden Globes, paying homage to the late legend, who wore a near-identical Jean Louis dress in the picture. It was a heartfelt and elegant decision.

These last few months have shown a more mature aesthetic, with more layered interpretations of her carefully chosen ensembles: there may not be any steak headwear, but no fashion choices of hers should be taken at face value.

At the Elle Women in Hollywood event in October, she turned heads in a boxy beige two piece Marc Jacobs suit, her hair slicked back into a low ponytail. Why? “In this suit, I felt like me today. In this suit, I felt the truth of who I am well up in my gut,” she said. And who can forget her dramatic pink tulle Valentino Couture gown at the Venice Film Festival last year, an “I’ve arrived” moment if ever there was one.

There may be celebrities, actors and dreamers aplenty in Hollywood, but Lady Gaga might just be the last performer – and we are all the better for it.

Colby Covington: Dana White is a ‘piece of (expletive) person’ with no morals or values
World News