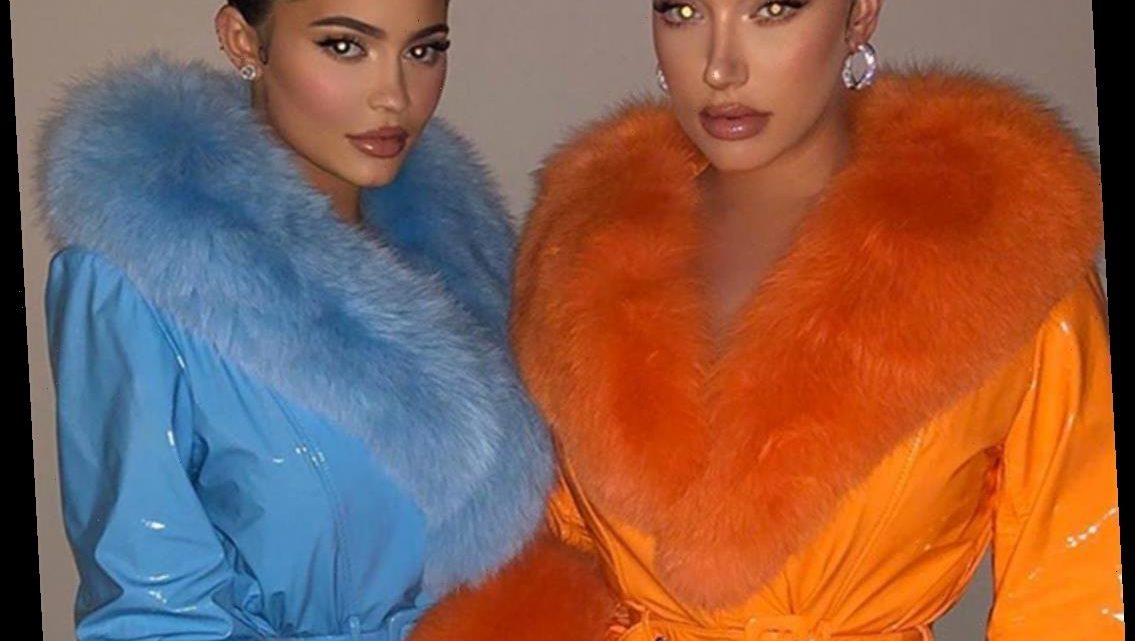 A lifetime of twin pics.

This is what Kylie Jenner promised on Thursday after she shared yet another photo of herself and best friend Anastasia "Stassie" Karanikolaou in matching ensembles.

The look? An all-nude body suit (courtesy of sister Kim Kardashian's SKIMS shapewear company), a skin-colored corset and long dark hair were worn by the BFFs. And, as Kylie noted on Instagram, this identical look was entirely on purpose!

"Fun fact: we've been twinning since we were in middle school. we used to never leave the house unless we had a matching outfit on," the Kylie Cosmetics mogul wrote.

She added, "So get ready for a lifetime of more twin pics."

Of course, this wasn't the first time that the Keeping Up With the Kardashians star has twinned alongside the social media star.

At the end of last year, the gal pals had us seeing double when they wore corresponding tangerine orange and powder blue fur-lined belted vinyl trench coats.

Thankfully, Kylie and Stassie have shared their many twinning moments on social media—and we've collected them all!

Taylor Swift Responds to Accusations of "Stealing" Her folklore Logo

Ellen DeGeneres Discusses Workplace Complaints in Letter to Her Staff

For Kylie and Stassie's BFF pics, scroll through the images below!

Just in case you need another angle, here's another shot of Kylie and Stassie in their matching SKIMS look.

The BFF's are at it again with another TikTok dance video. For this one, though, they wear cute matching sweat sets!

When it's day 900 in quarantine, the only thing to do is twerk. The reality TV personality and her BFF show off their never-before-seen dancing moves.

"We're mad at each other rn but this pic looks good with my feed," Kylie captioned the pic.

"green & purple got me goin in circles," Kylie captioned this sultry pic.

"just another twin pic walkin through your feed.." Kylie wrote.

"just when you thought the twin pics were over."

Kylie and Stassie show off their enviable curves next to one of their hot rods.

"out of office," Kylie posted.

"happy birthday to the baddest @stassiebaby 9 years Iater and you're still a real one. i love you forever and always," Kylie shared in IG.

The duo take a drive