Home » Fashion » Kylie Jenner: How She May Have Hinted At Plans To Launch Swimwear Line With A Cryptic Post Months Ago 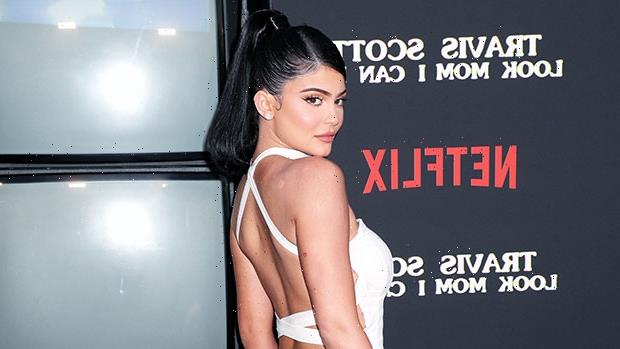 Kylie Jenner: How She May Have Hinted At Plans To Launch Swimwear Line With A Cryptic Post Months Ago

As Kylie Jenner trademarks ‘Kylie Swim,’ sources tell HL exclusively that the makeup mogul may have already dropped a major hint to fans about her proposed bikini line.

She’s dominated the cosmetics and skincare world. Is Kylie Jenner diving into swimwear next? The Keeping Up With The Kardashians star just filed legal docs to trademark “Kylie Swim” and “Kylie Swim by Kylie Jenner,” but she may have been hinting at the empire expansion months ago right under our noses. Kylie’s “next mission is to become the queen of swimsuits,” according to a source.

It’s a “natural progression” for the starlet, who lives for a good bikini photo, the source told HollywoodLife EXCLUSIVELY. Kylie, 23, may have dropped a major hint on New Year’s Eve, when she posted a sexy set of photos showing herself playing around in the pool in a cream-colored bikini and matching sunglasses. She captioned the post, “swimming into 2021.” It may have just been a cute caption, but Kylie is a killer businesswoman.

“One thing Kylie knows is how to market her products and so you can imagine that ‘swimming into 2021’ with her New Year’s bikini post wasn’t a coincidence,” our insider explained. “Don’t be surprised if she was even showcasing items from her own collection at that time. She can’t wait to show fans what she’s been working on behind the scenes.”

It’s not just bikinis and one-pieces. Included in Kylie’s trademark paperwork are sunglasses, swim goggles, beach bags, swimwear, cover-ups, headwear, footwear, beach towels, and outdoor blankets. Put on your favorite Lip Kit, and you’ll be rocking Kylie from head to toe this summer. “It was a no brainer” for the makeup mogul to start making swimwear, a second source tells HollywoodLife EXCLUSIVELY. “She’s always hustling and thinking what to bring out there.”

What she really wants is for her fans to feel just as beautiful as she does when they try on one of her swimsuits. “She wants people to look sexy in her line and she is excited for people to get them on their bodies,” the source explained. She’s not just slapping her name on any old swimwear line. Kylie is committed to making the perfect swimsuits, a separate source said.

“She lives in her bikinis, and is very picky when it comes to the fit, so being able to design her dream suits and test them all out is a dream come true,” they divulged. “She can’t wait to see them on all her fans.” As for what’s next? “This is only the beginning of her expanding her brand into fashion.”

HollywoodLife reached out to Kylie’s rep for comment on this story but did not hear back as of press time.