Home » Fashion » Kim Kardashian Accuses Kourtney Kardashian of Copying Her Style: 'She Has No Idea How This Works' 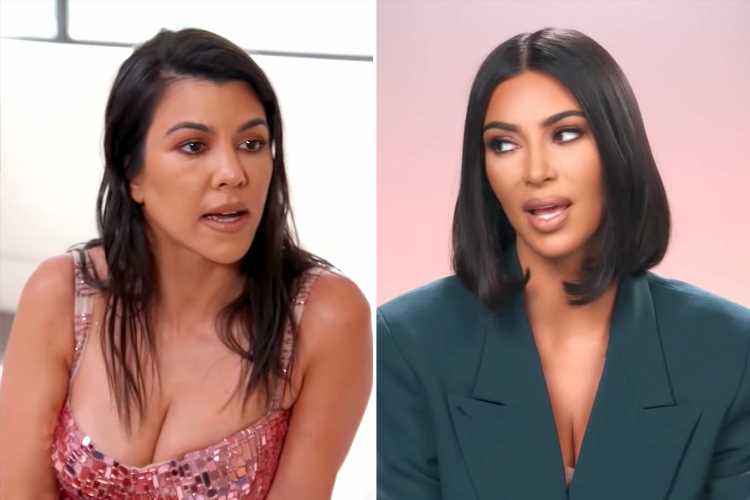 Kim Kardashian Accuses Kourtney Kardashian of Copying Her Style: 'She Has No Idea How This Works'

Things got heated between Kim Kardashian West and Kourtney Kardashian after Kim accused Kourtney of stealing her style in a teaser for Keeping Up with the Kardashians.

As Kourtney, 40, tries to decide on an outfit to wear for her birthday celebration, sister Khloé Kardashian, 35, calls Kim, 38, to get her opinion. “Can we FaceTime her?” Khloé asked.

“I feel like it’s too Romy and Michele,” Kourtney said as she modeled a vintage Dior pink mirror mosaic mini dress, referencing the 1997 comedy, Romy and Michele’s High School Reunion. “I don’t know if I trust her [Kim’s] opinion the most.”

Khloé decided to call Kim anyway, but once she did, the sisters immediately began bickering. “She wants me to call Kendall [Jenner] because she doesn’t care about you and I,” Khloé said to Kim.

“Well if she doesn’t care why do you keep on picking out all the same clothes?” the KKW Beauty and SKIMS mogul snapped back.

But the POOSH founder shot down the accusation that she copies her sister’s style right away. “I don’t know what you’re talking about. I’ve never dressed like you. I dress completely different than Kim,” Kourtney said.

In her confessional, Kim explained that she works hard to maintain close relationships with the designers she borrows dresses from, and she doesn’t think Kourtney appreciates that.

“I don’t think Kourtney understands the legwork behind this. I don’t think anybody understands. You have to really have a relationship with that designer. She has no idea how this works,” Kim said.

Kourtney defended herself and her stylist, who at times has requested dresses from designers that Kim wanted to borrow too. “We have completely different looks. I’m not trying to copy your styles. But on a same designer, you can’t ban me from [them],” she said.

“So ask me! Are you wearing this white Rick Owens dress? I want it. She pulls things and when it comes here, I say, ‘No, no, no. Yes, yes, yes,'” Kourtney replied.

This isn’t the first time the Kardashian-Jenner sisters have accused one another of ripping off each other’s looks. In a 2015 episode of Keeping Up with the Kardashians, Kylie Jenner, then 17, complained to Kourtney about Kim copying her style.

Kourtney replied: “Why don’t you tell her that she’s bothering you? Do you feel like Kim’s trying to be competitive?”

“I don’t know,” Kylie answered. “Maybe she just wants to do everything that I’m doing.”

Demi Moore's Memoir Reveals She Was Raped at 15 and Abused Vicodin After Miscarriage: Report
World News