Home » Fashion » Kerry Washington on Partnering with OPI, the Importance of Supporting Other Women and More 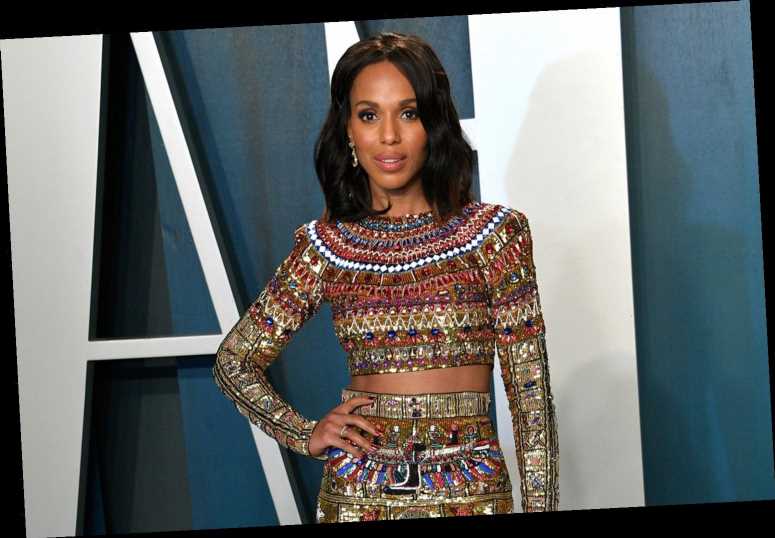 Kerry Washington on Partnering with OPI, the Importance of Supporting Other Women and More After nailing her role as creative director of OPI in 2016, Kerry Washington and the brand are banding together again. In honor of the OPI's 40th anniversary this year, Washington will serve as its brand ambassador.

Throughout 2021, they are celebrating OPI's 40 most iconic shades, including a few power reds, from PEOPLE Beauty Award winner Big Apple Red to We the Female, co-created by Washington when she collaborated with OPI co-founder Suzi Weiss-Fischmann on the "Washington D.C." collection.

For the fête, Washington talks her biggest self-care influences and more with PEOPLE below. PEOPLE: You've reconnected with OPI for their 40th anniversary! Why'd you want to team up again?

Washington: OPI is a legendary brand, and this is such an important anniversary. I've been such a huge fan of [OPI co-founder] Suzi [Weiss-Fischmann] forever, and I got to know her back in 2016 when we worked together on developing the DC collection. I find her to be incredibly inspiring, and I think she's a really important icon in the beauty space. So, to help celebrate the 40th anniversary, it's really a joy.

PEOPLE: What does it mean to you that one of the shades you co-created, We the Female, is among OPI's most iconic?

Washington: I love it. My hope in designing the collection inspired by Washington D.C. was that we could have some lasting impact on the line as a whole. It's really such a privilege that one of our shades is being honored this year, and it's really fun to be included in this celebration.

PEOPLE: In your "Washington D.C." collection, you named a shade after your daughter Isabelle. Now that she is older, what does it mean to have an OPI color named after her?

I don't know. I'd have to ask her, to be honest. But she tends not to be impressed by anything that I do. Which is good, that's how it should be. I imagine maybe later in life, it may have more meaning for her than it does now.

PEOPLE: What nail colors are you gravitating toward now?

I'm really playing so much in this 40th anniversary collection. I'm partial to We the Female, and I really love Bubble Bath. It's so feminine, so soft. It's just a classic, an absolute classic. And I really love Nail Envy, because it's a strengthener. It's just an absolute go-to for me when it comes to care, no matter what I'm doing, whether it's my own nails, press-ons, or extensions, along with the Nail & Cuticle Oil for the extra nourishment. Moisturization is everything. Particularly now when we're all washing our hands a hundred times a day, and using sanitizer with alcohol in between.

PEOPLE: You love all things nail-related. Where did that come from?

I grew up in the Bronx. My mom is a retired professor of education. She didn't have expendable income to have extensive spa days whenever she wanted. But she got her nails done once a week, and it was part of how she felt beautiful and strong as a professional working woman in the world. It was something that she did for herself. PEOPLE: It's International Women's Month! You've done an amazing job of partnering with brands as a way to show womens' entrepreneurship and empowerment. What advice do you have for others who are looking for creative ways to show support?

I think so much of women's empowerment comes from partnership – I always want to partner with companies that don't make women feel bad about ourselves, and that don't make it feel like the standards which we measure ourselves, that excellence is unattainable.

At my [production] company, Simpson Street, we really believe in the power of partnership. You look at a project like Little Fires Everywhere, and that was so much about Reese and I bringing our power together to tell a story. I think a lot about the Scandal years, and one of the best gifts of those years was my creative partnership with Shonda. That she wrote the words, and I said them, and together we created Olivia Pope.

And I think partnering with Suzi was really such an extraordinary opportunity for me. She's not just a role model for what she created 40 years ago. She continues to be a force of nature as an entrepreneur, but also in her charity work, how she gives back, how she continues to provide creative support at OPI. She really is the first lady of nails. To be able to partner, and uplift, and celebrate a badass female founder who brings all of her talent and determination to her business is a privilege. I think that sense of elevating, supporting and highlighting each other is one of the strongest choices we can make in continuing to truly fight for empowerment for all women.

PEOPLE: Are you making time for self-care?

I am trying to figure out how to maintain a bit of it. I find that I don't have as much time as I would think that I have. A lot of us are doing more than we've ever done before while simultaneously being home more than we've ever been before. I'm definitely experiencing some Zoom fatigue.

PEOPLE: What else are you looking forward to in 2021?

I just finished directing an episode of Insecure, which is in its final season. It's such an important show, and I am really proud to have been a part of that legacy. And it was just announced that Charlize Theron and I are going to be filming [director] Paul Feig's film, The School for Good and Evil, based on the best-selling young adult novel. We're super excited about that. It's a fantasy land, so I'm actually having a lot of fun thinking about what the nails will look like for that character!