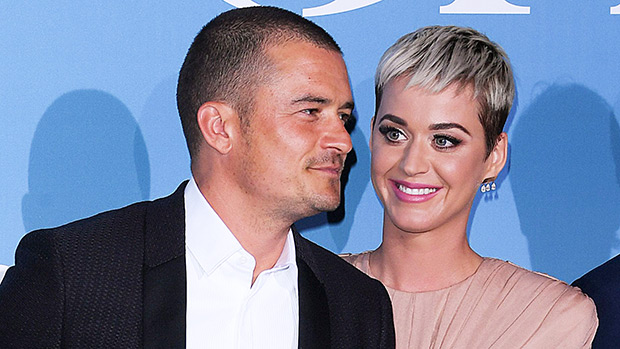 Orlando Bloom knows his woman, Katy Perry, well — so, of course, he knew she wouldn’t want any ordinary engagement ring! See the unique rock he popped the question with here!

When Katy Perry and Orlando Bloom confirmed their engagement on Feb. 15, they did so with a selfie where she’s showing off the new bling on her left hand. Katy’s engagement ring features a giant pink stone, surrounded by more diamonds that form the shape of a flower around it. The diamonds sit on a simple gold band, and take over the majority of Katy’s left ring finger. In the photo, Katy holds her hand up to her face to put the ring front and center, while Orlando leans in behind her. She captioned the pic, “Full Bloom,” which is both a reference to his last name AND the flower-shaped design.

Katy and Orlando got engaged on Valentine’s Day, and it looks like he went all-out for the proposal — there were even a ton of heart-shaped balloons right behind the lovebirds in their social media pic! It hasn’t always been smooth sailing for this couple, and they even broke up for several months in 2017. However, by the beginning of 2018, they were fully back together, and have been blissfully in love ever since.

This new engagement ring is drastically different from the one Katy got from her first husband, Russell Brand, when they got engaged in 2009. That rock featured a much thicker gold band, with a circular diamond sitting in the middle of it. The band also included an intricate design on the part that was visible at the front of Katy’s finger.

Of course, Orlando has also been engaged before. The ring he gave his first wife, Miranda Kerr featured a round stone, encompassed in an oval-shaped clutter of more diamonds, and it sat atop a silver band. Thankfully, Orlando changed things up drastically for his second engagement, and got a ring fit just for his new woman!